Shoaib Malik is a Pakistani cricketer and a former captain of the Pakistan team. He bowls right-arm off-break and is a right-handed middle-order batsman. He is capable of hitting big shots and is good at rotating the strike. 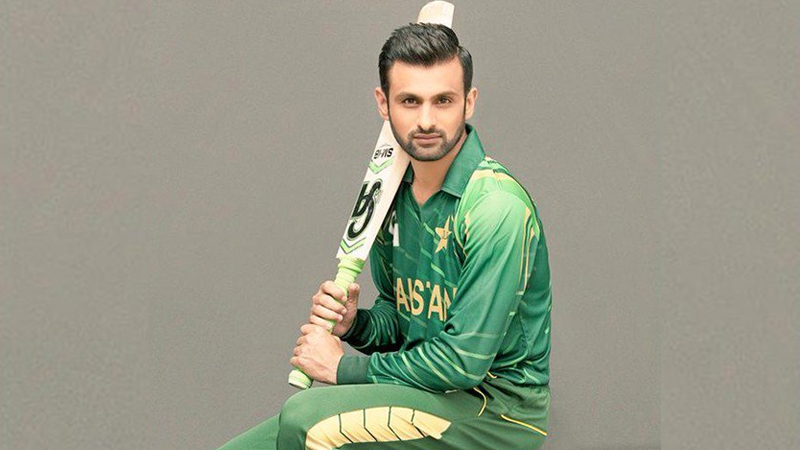 Recently former Pakistani skipper, Shoaib Malik becomes the first Asian cricketer to complete 10,000 T20 runs. Not only this, but he also became the third cricketer in the world to touch that milestone. Only Chris Gayle and Keiron Pollard have more runs than him in this format of International cricket. 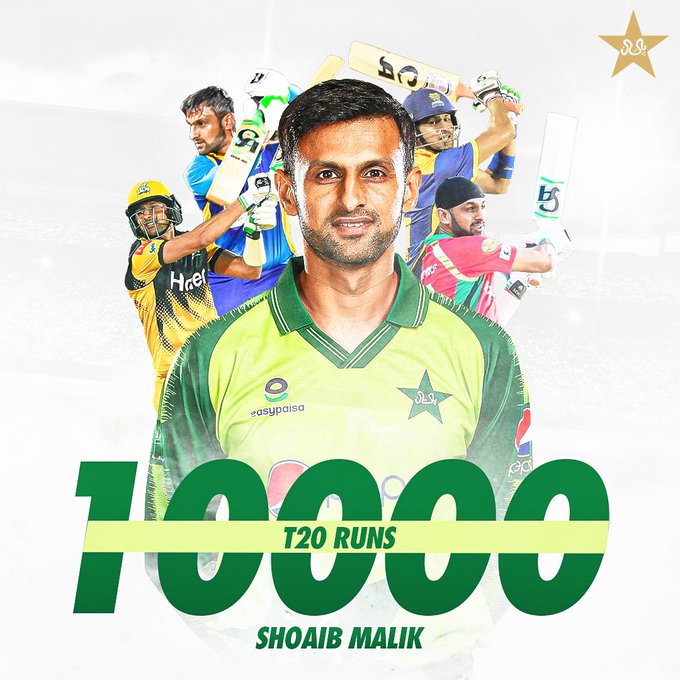 Shoaib Malik dedicated this milestone to his parents, who always prayed for him. He further mentioned that he wish that his father was alive and could celebrate this achievement with him. 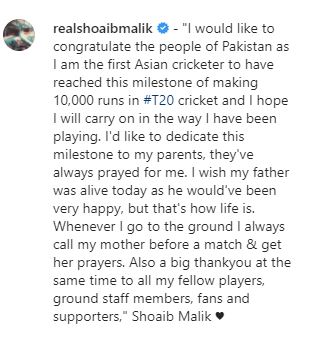 Urwa Hocane was also one of the celebrity who congratulated Shoaib. 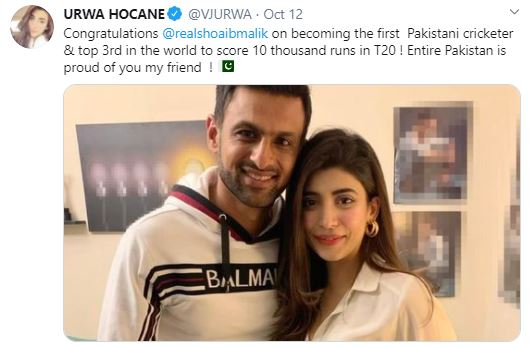 Many famous personalities took to social media to congratulate Shoaib Malik on his big achievement.

We congratulate Shoaib Malik on his great achievement!