Sadaf Kanwal became a part of the news after a clip from her recent interview went viral in which she was seen saying “My husband is my Culture”. Sadaf said that as a wife it is her duty to take care of her husband’s clothes, shoes, and food. But because she is a wife, her husband is not compelled to take care of her. Sadaf Kanwal’s statement divided the internet. Some people supported her some bashed her. The Internet started flooding with hilarious memes made on Sadaf Kanwal. 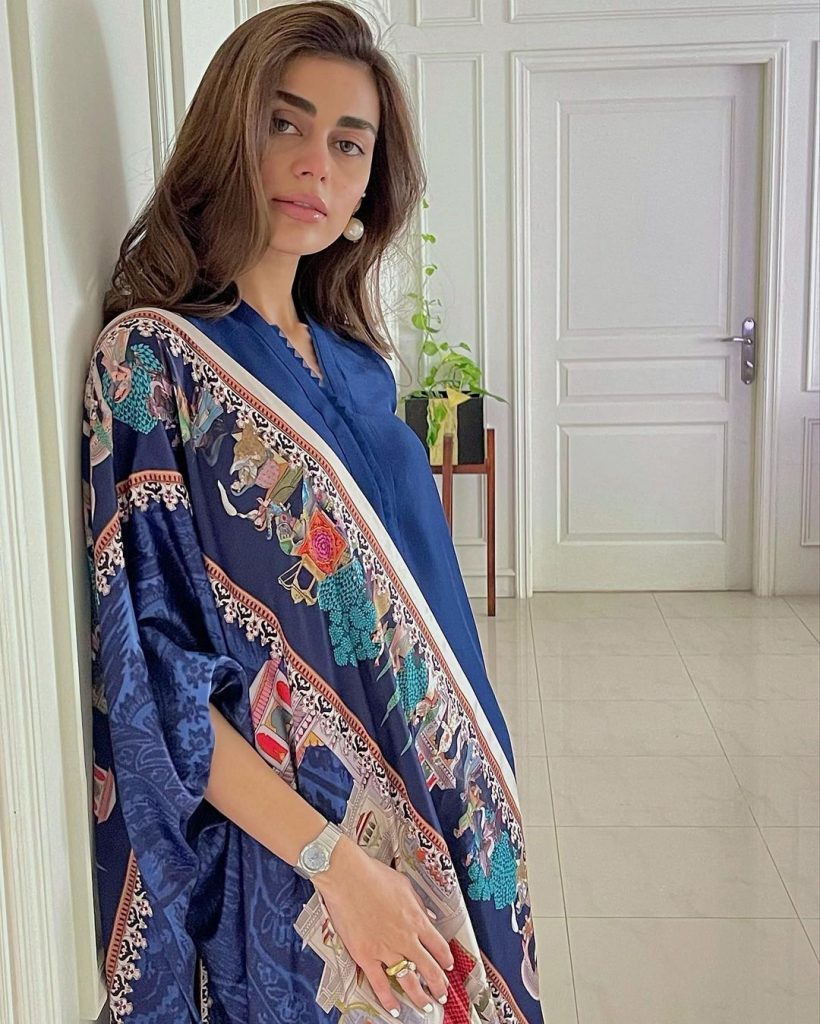 Sadaf Kanwal also faced backlash from some members of the industry. Her fellow model Sabeeka Imam also bashed her for her remarks. Sadaf Indeed faced a lot of backlashes but a few of the celebrities also came to her defense and spoke in favor of Sadaf Kanwal.

Ali Abbas is a famous television actor who came up in support of Sadaf Kanwal saying that it is her husband and she can treat him the way she likes to do it. 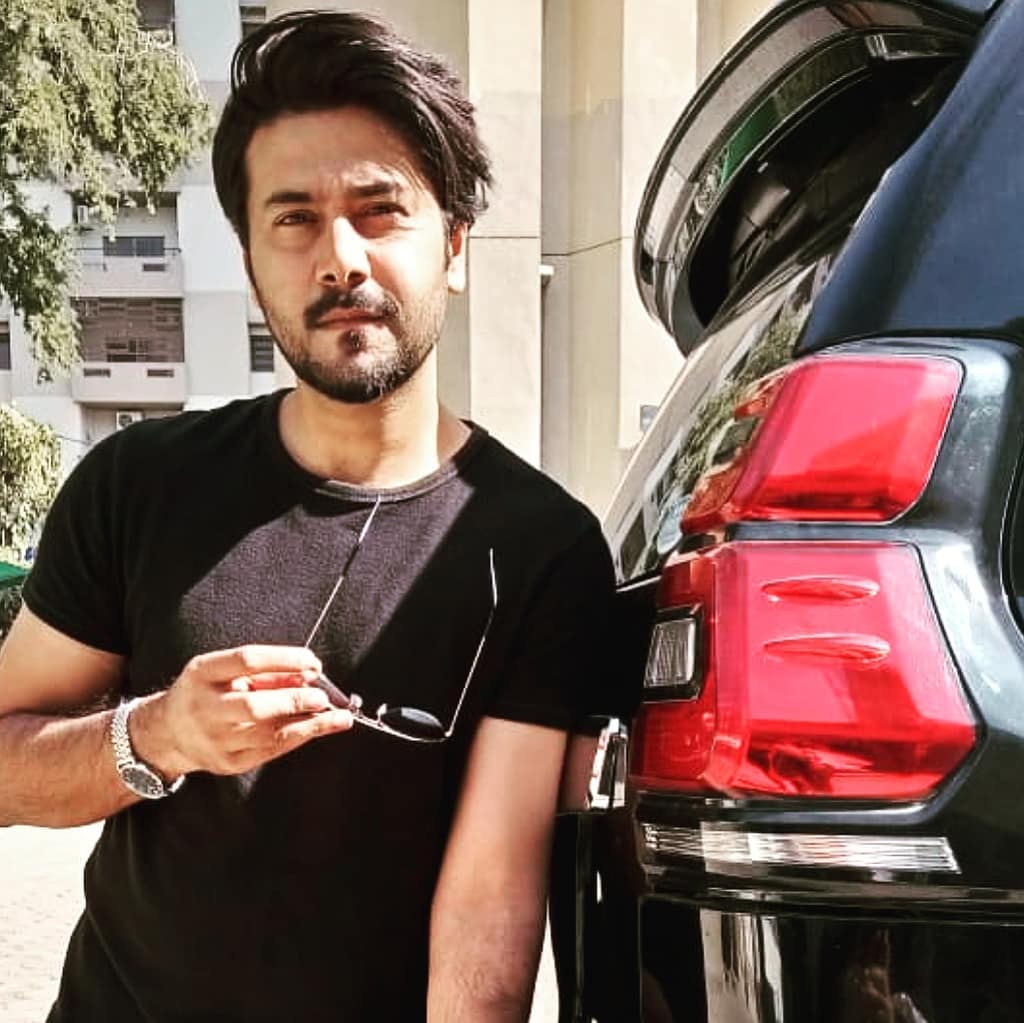 Ahmad Ali Butt who is an actor most famously known for his comedy roles came forward and shunned those who are bullying Sadaf Kanwal over her remarks. He called out people who ore making a mockery of a woman. 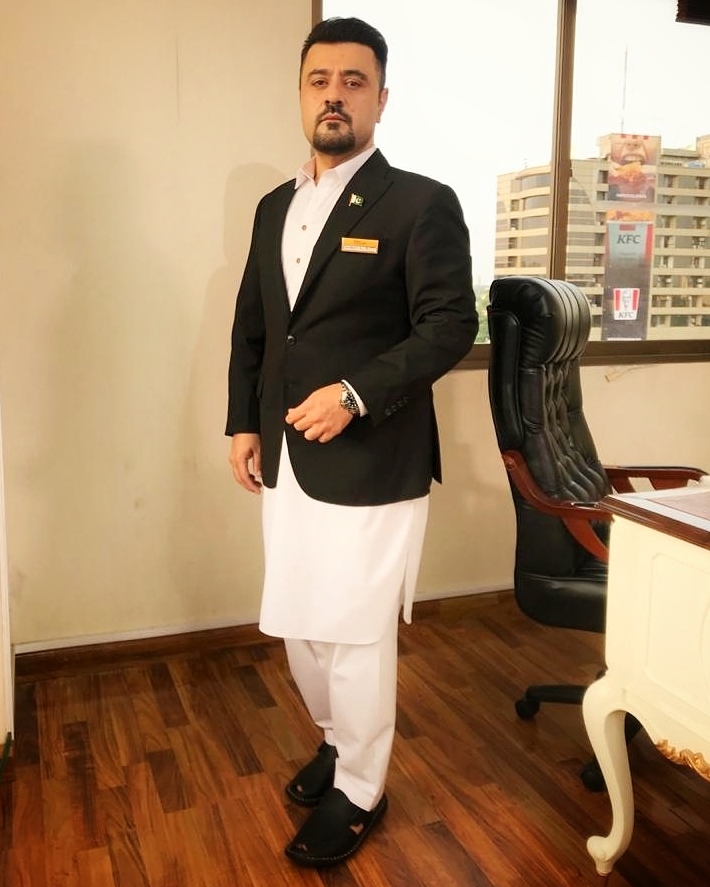 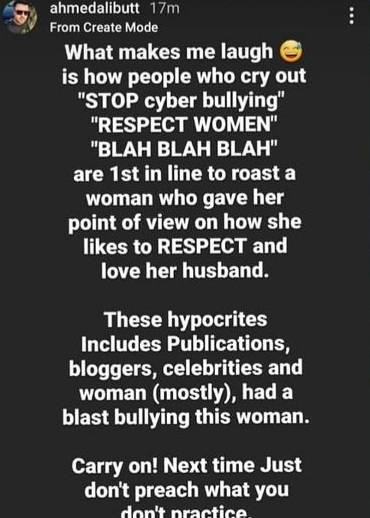 Fatima Khan is Ahmad Ali Butt’s wife and she is socially very active. Fatima is often seen with her husband on award shows too. Fatima also supported Sadaf. She said that we have all seen our mothers doing the same. Her choice of words might be poor but her thinking is not wrong. 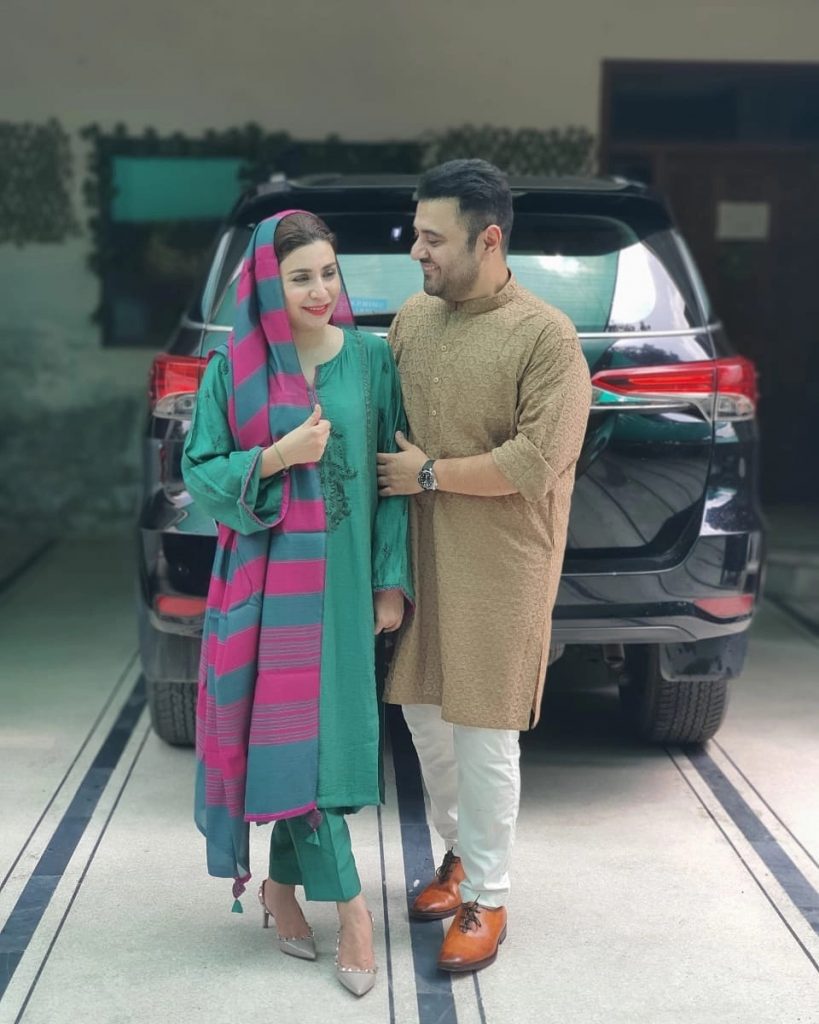 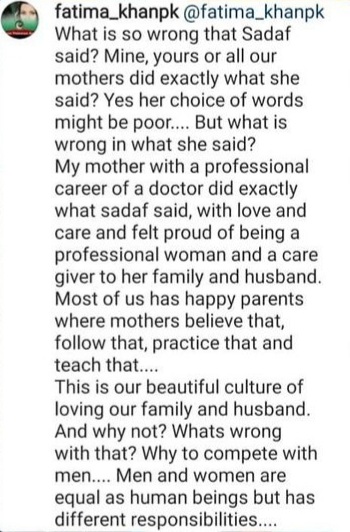 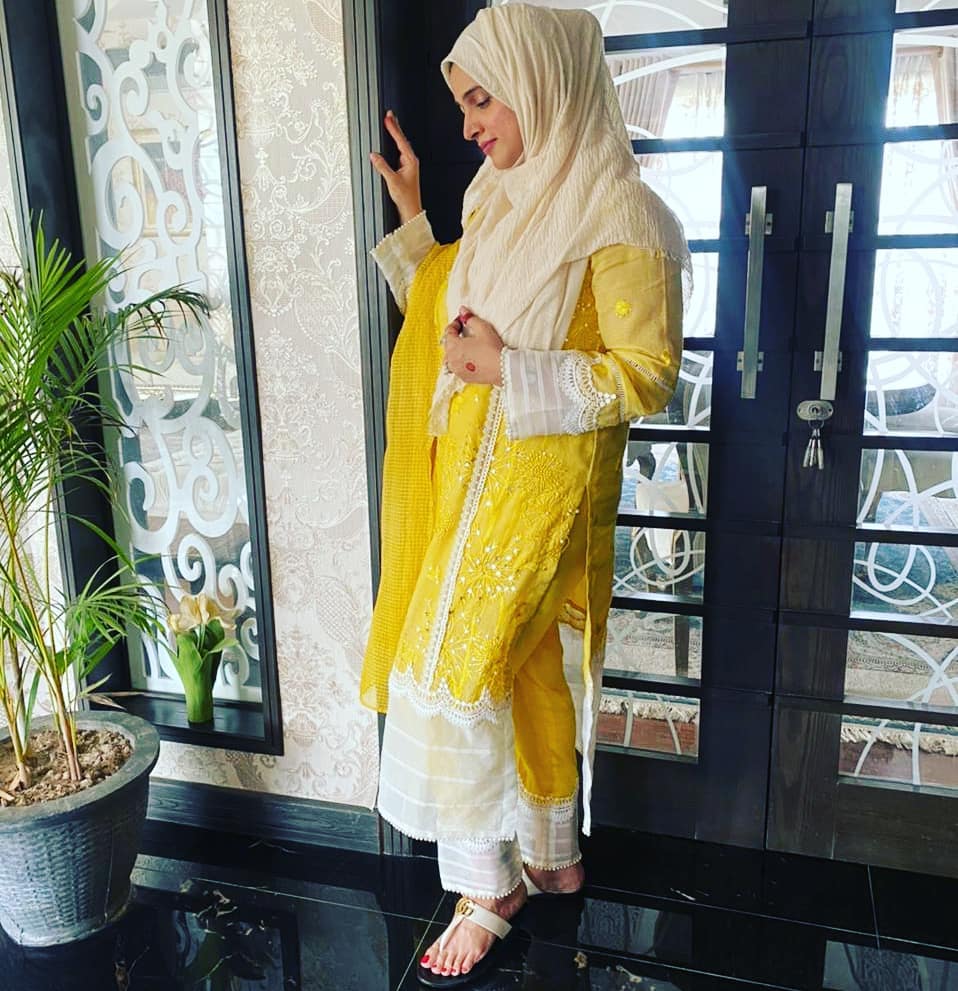 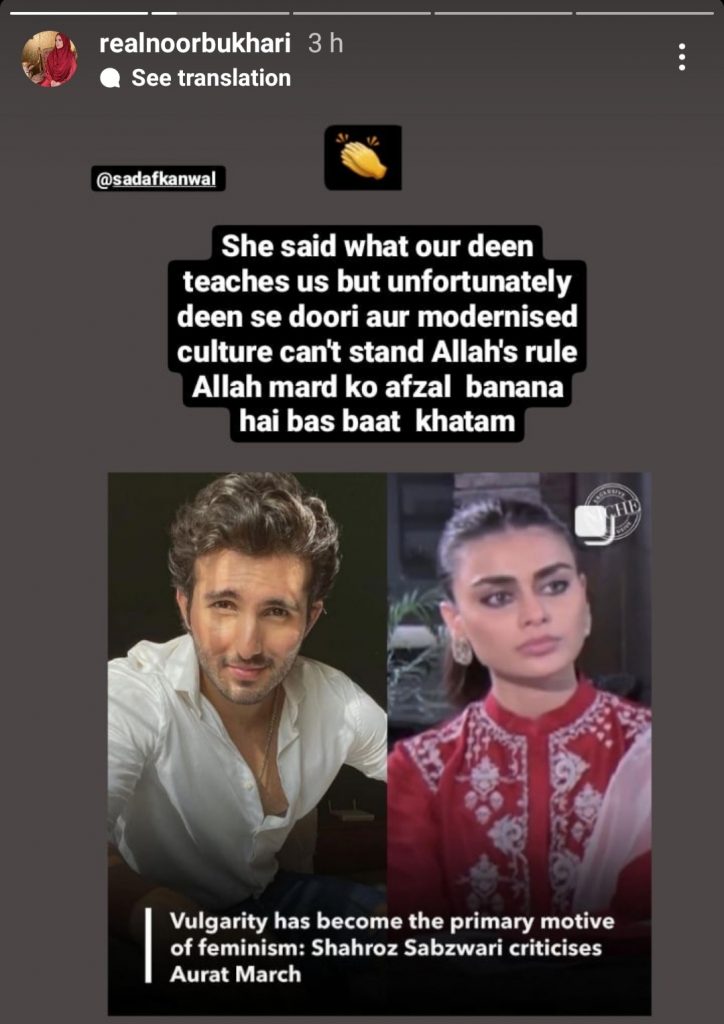