The aftermath of Pulwama Attack saw many Indian celebs and prominent people going all out and saying unsupported allegations on Pakistan. The jingoism is on an all-time high in India and the Bollywood celebrities were also involved in blaming Pakistan without any solid proof. Well, Pakistani celebrities also used their social media and tried to call the Indians back to sanity.

Stars like Hamza Ali Abbasi, Gohar Rasheed and Shaan Shahid took time to remind India of the peace the region needs and called out the blatant accusatory statements many Bollywood celebs have been putting out: 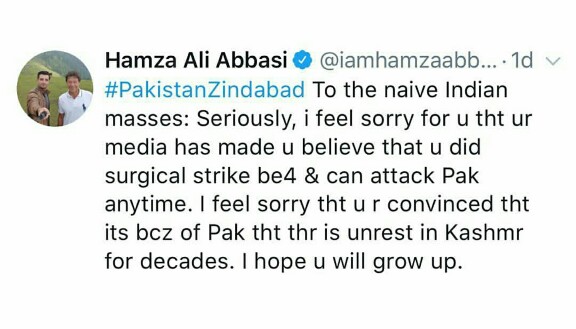 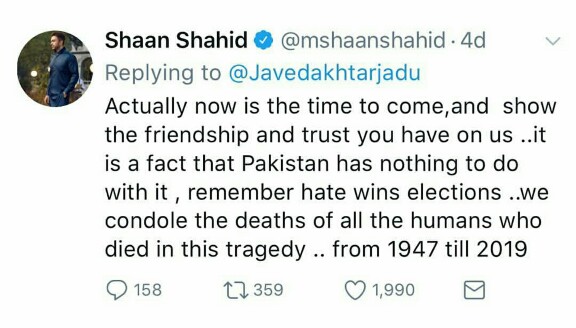 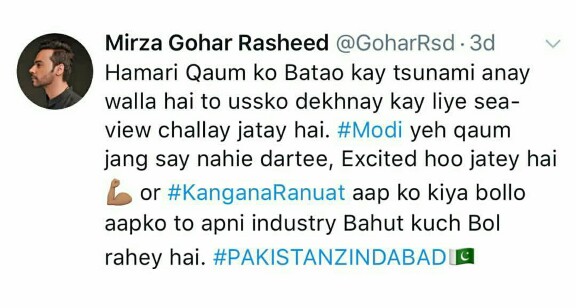 Armeena Khan also pointed out how the media is twisting everything and expressed what PM Imran Khan’s compact statement was: 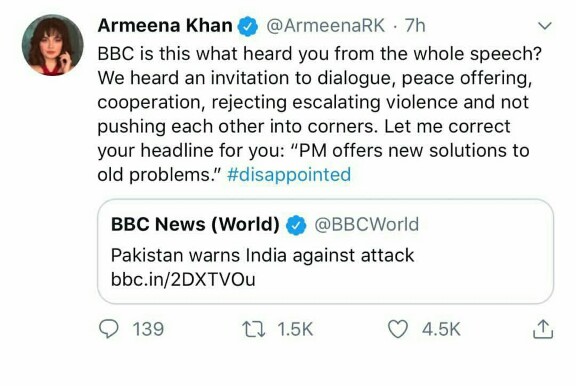 Meanwhile, the Indian industry has gone all out to ban the Pakistani artists and this has resulted in the recent dropping of Atif Aslam’s song from Salaman Khan’s latest production!