After the first two matches of World Cup T20, our team players have become the heroes of the nation. Our team remained unbeatable against both India and New Zealand. The victory was celebrated all over the country. Pakistan vs New Zealand match was held in the historic Shahraj Stadium. The stadium has witnessed many victories of Pakistan.

The crowd in yesterday’s match was crazy. The most important factor about the crowd was the presence of the wives of our cricketers who were also there to support them. In the crowd, our “Bhabies” including Sania Mirza (Shoaib Malik’s wife), Samiyah Khan (Hassan Ali’s wife), Nazia Hafeez (Mohammad Hafeez’s wife), and Sannia Ashfaq (Imad Waseem’s wife) were spotted cheering their husbands during the match.

Here we have garnered a few clicks of the wives of our cricketers from Sharjah stadium. Let’s have a look: 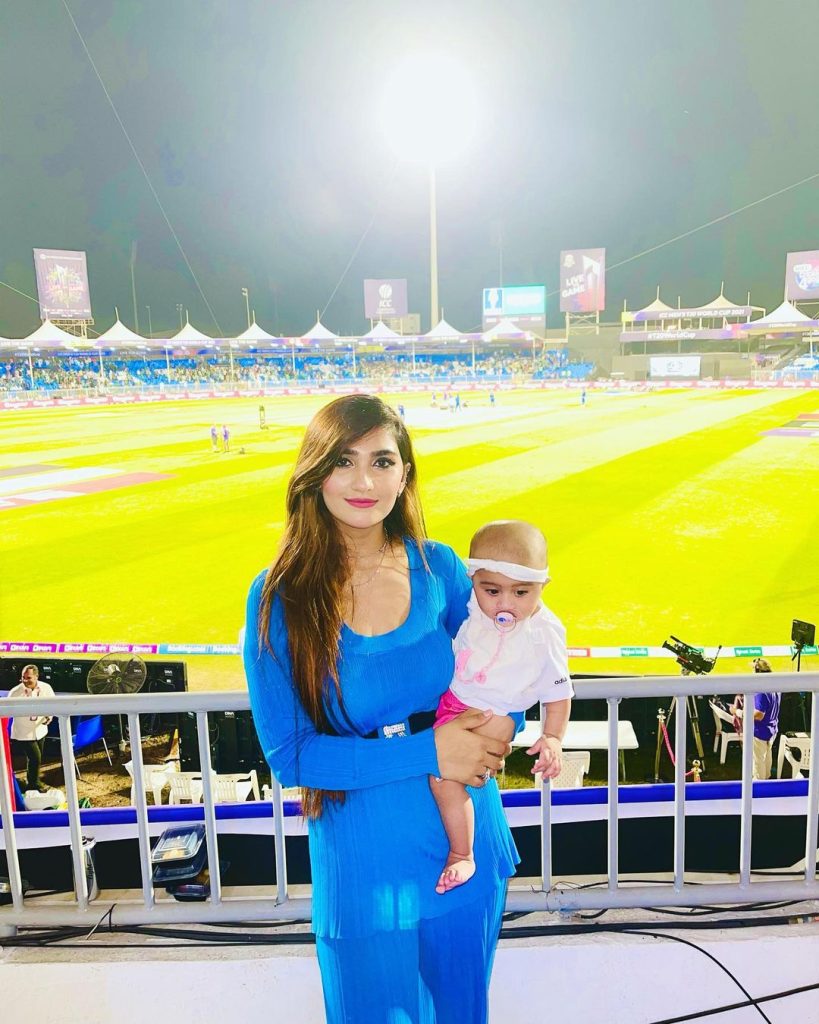 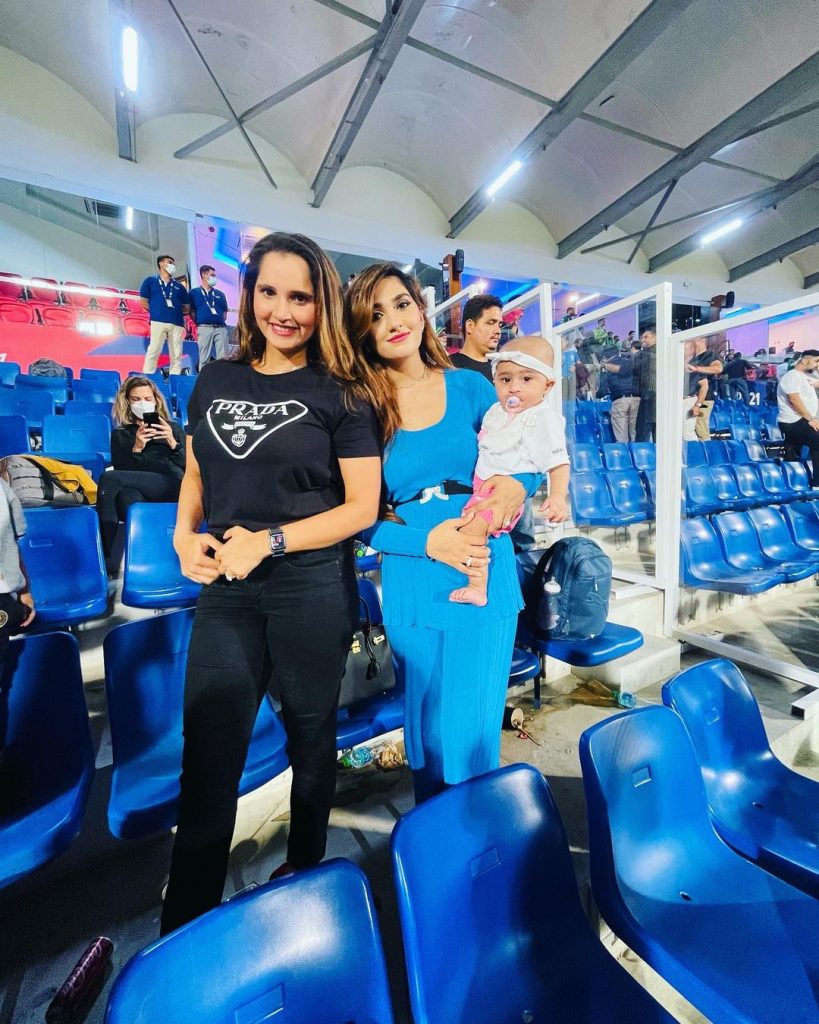 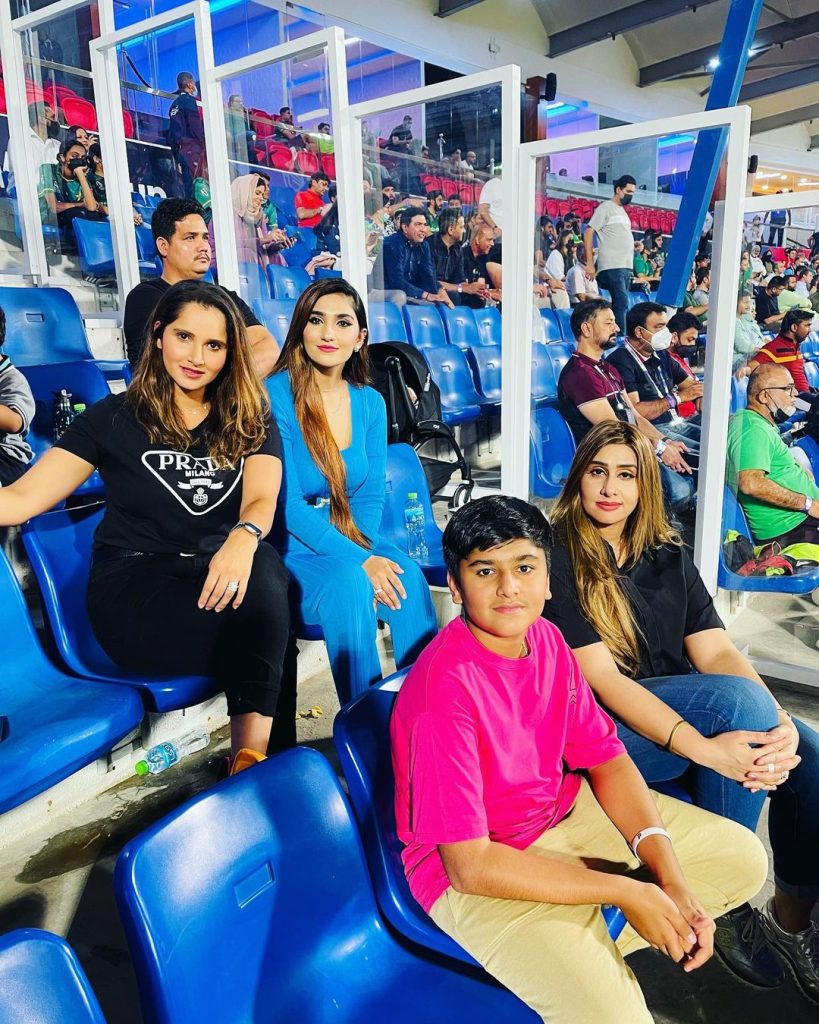 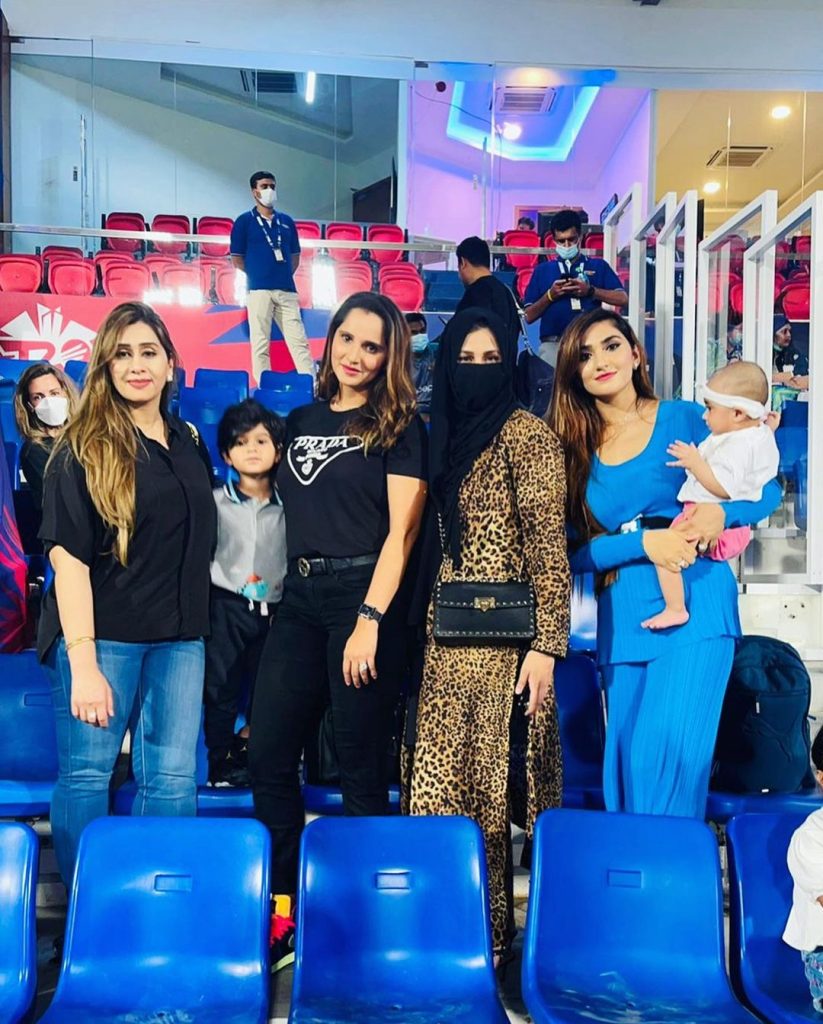 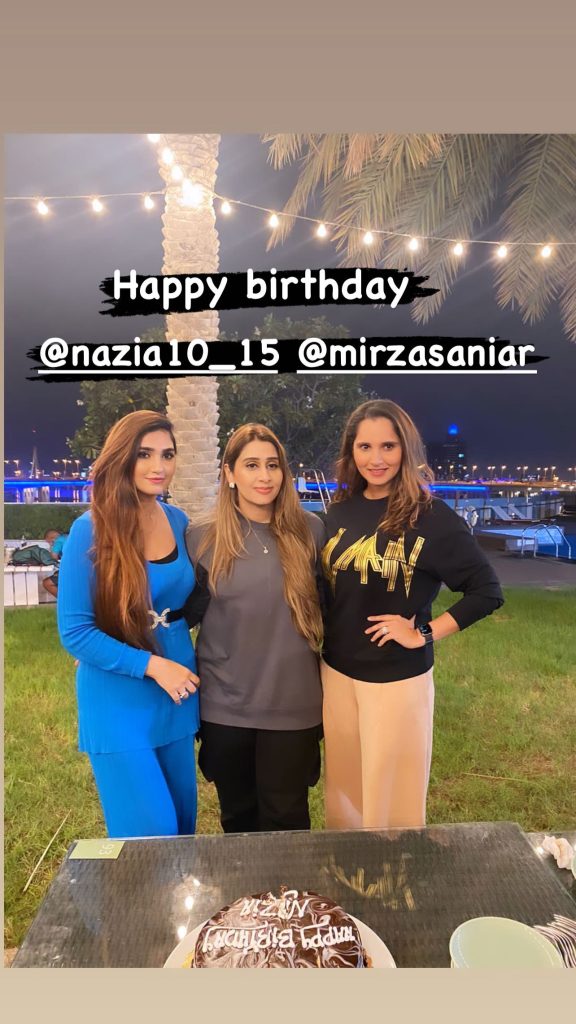 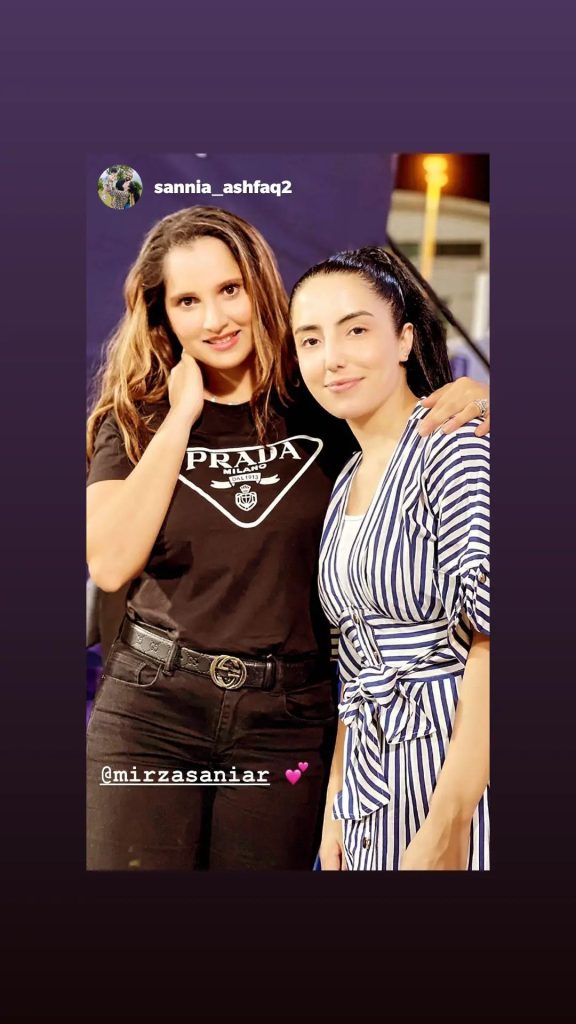 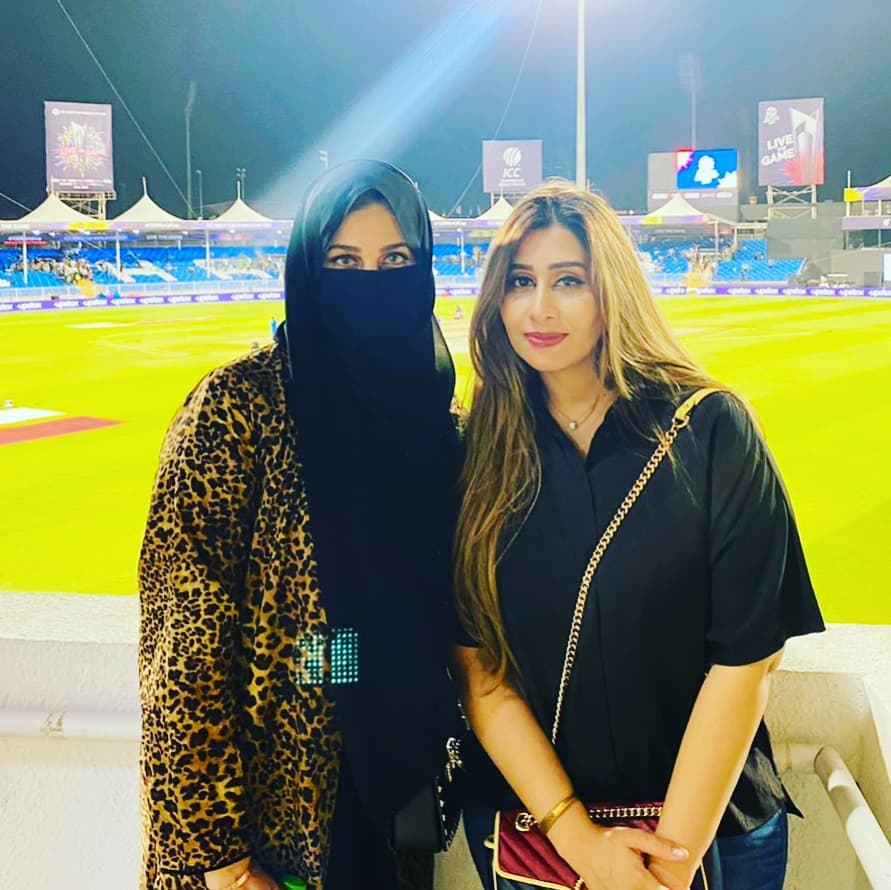 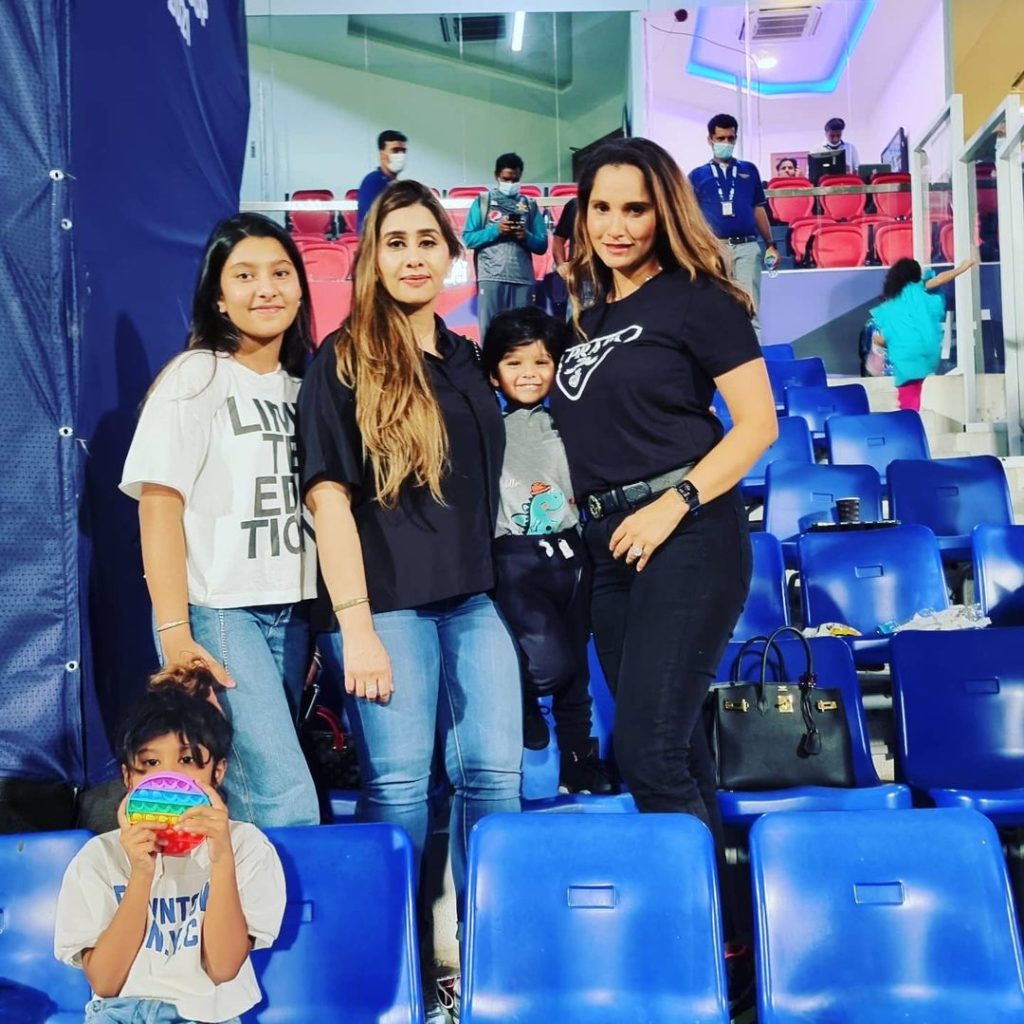 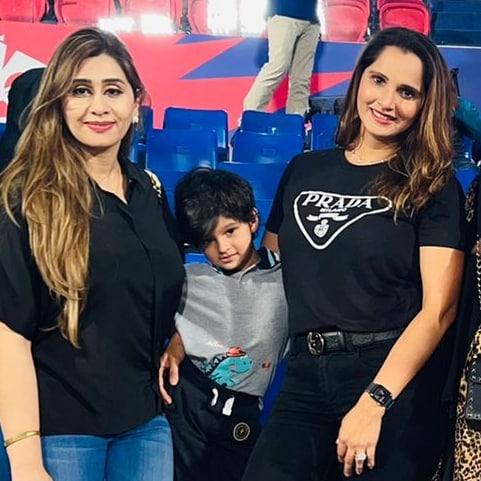 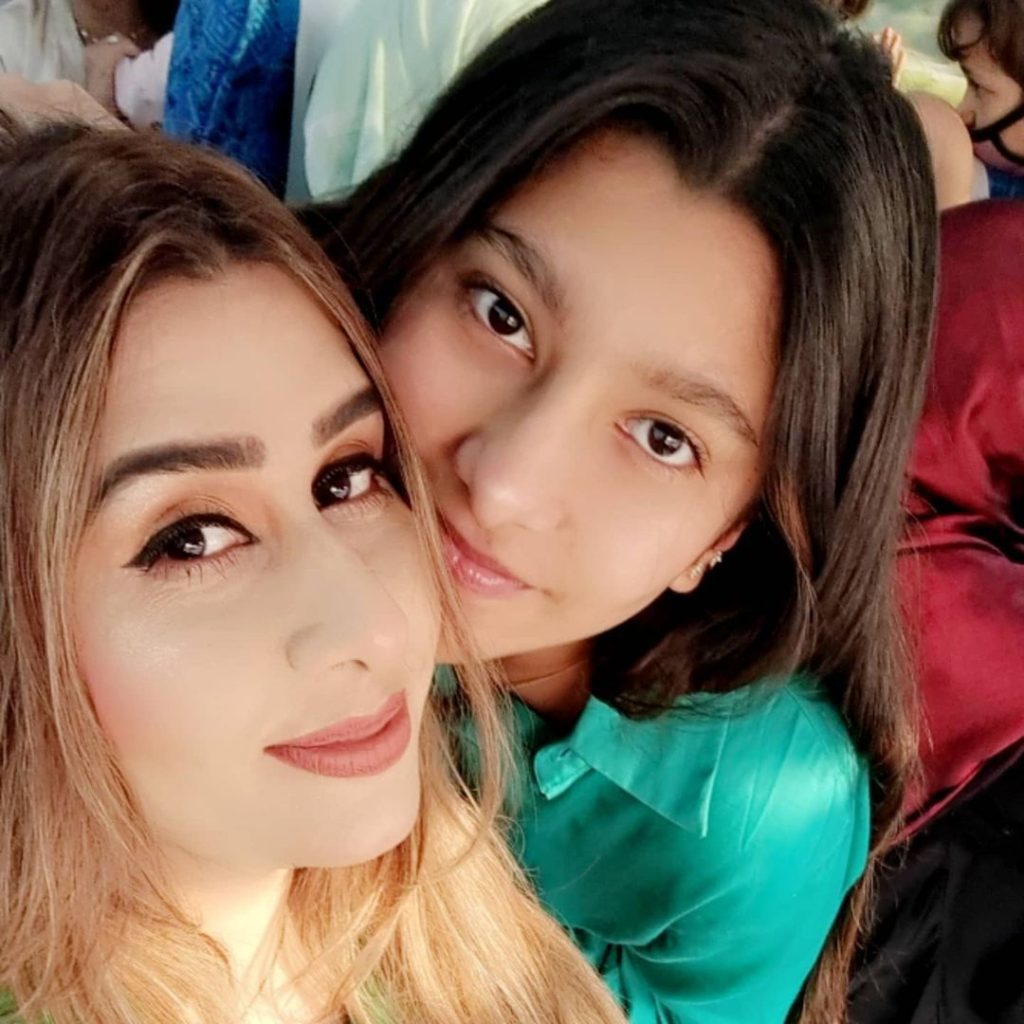 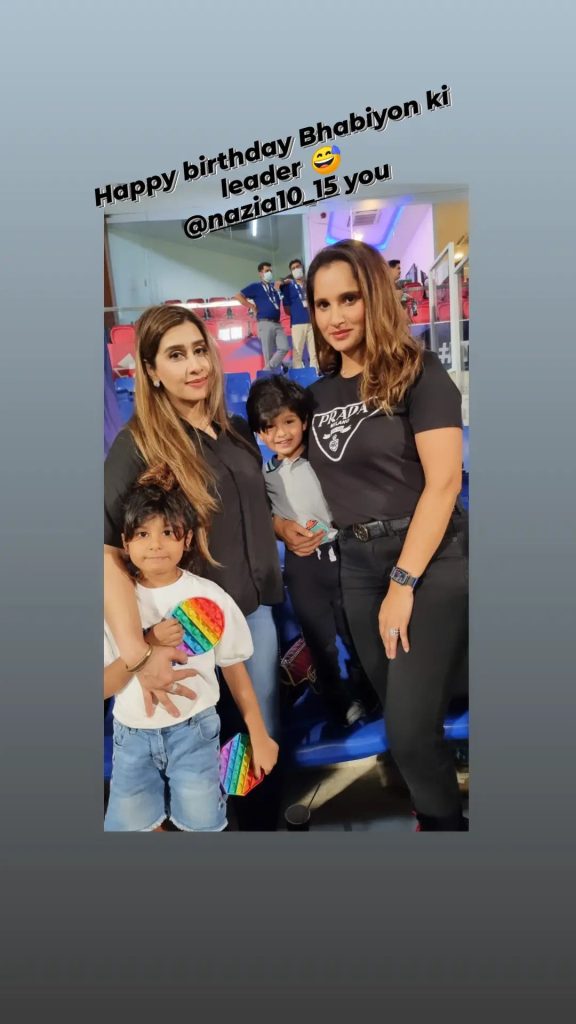