The Pakistani film Waar was highly appreciated by the film going audience. It was rated as the most expensive film ever made in Pakistan and it also won many awards. According to the news Faisal Bukhari’s upcoming film Sultanat is going to break that record because 22 crores were spent in making the film.

Mustafa Qureshi, who is a big name in Pakistani film industry said that the upcoming film Sultanat is going to set new standards for the filmmakers. 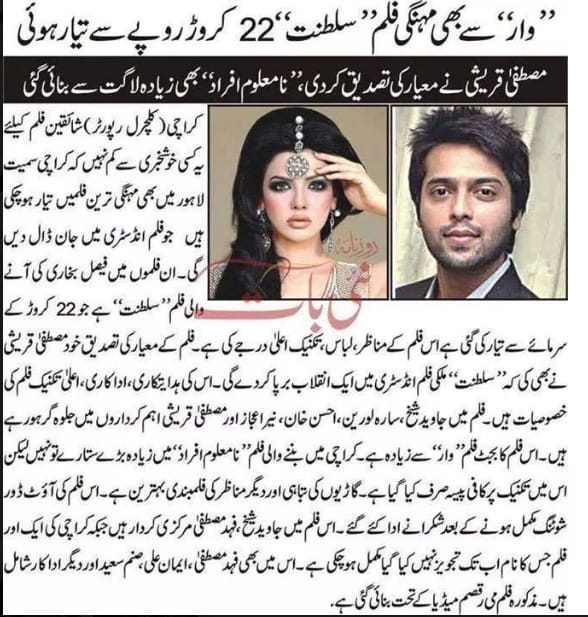