Noor selected as heroine in remake of Mola Jutt

Filmstar Noor is finalized to play an important role in upcoming film which is remake of famous Punjabi film Maula Jutt (1979) to be directed by Bilal Lashari. It is second film of Bilal, after the record breaking film Waar in 2013.

Bilal has confimred the selection of Noor as heroine in this film. Paperwork for this project is almost completed after which the shooting will commence. Bilal also told that this film will not feature any violence using traditional weapons like laathi, gandaasa. 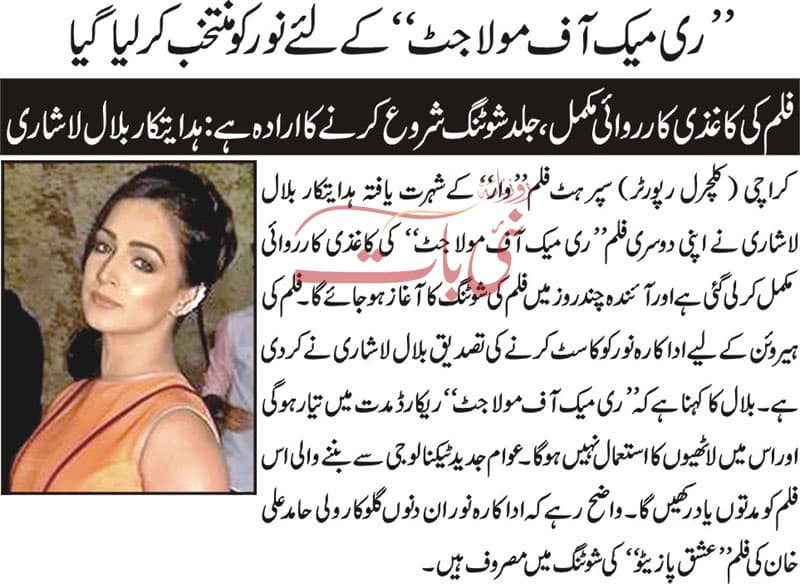