They yet again proved to be the most unpredictable team in the history of world cricket by doing what nobody had expected them to do! They beat England in England in the semi-finals of the Champions Trophy 2017.

In case you missed it, which I’m sure you didn’t, Rishi Kapoor took a dig at Pakistan.

He took to Twitter and wrote, “Get ready to be BLUED now! We will BLUE you away!” he tweeted after congratulating the team on the win, got trolled by Pakistani cricket fans in return.

Congratulations Pakistan! You enter finals? Wow! Good to see you wearing our colour BLUE! Get ready to be BLUED now! We will BLUE you away!

After making headlines for sending abusive direct messages to a woman, the yesteryear actor is at it again and this time with the ‘Mango People’ of Pakistan. Pakistanis are finally giving an ultimate shut up call by curtly replying to the man.

We love you too, we have common ancestors and we remember that

We like you sir,but we love green,see you and your blue in the ground , really i am proud to be a pakistani.

on sunday india will sing!

I'd flush this tweet into the toilet but there aren't many of those in India ?

As Batman says … Wait for it.

on sunday india will sing! 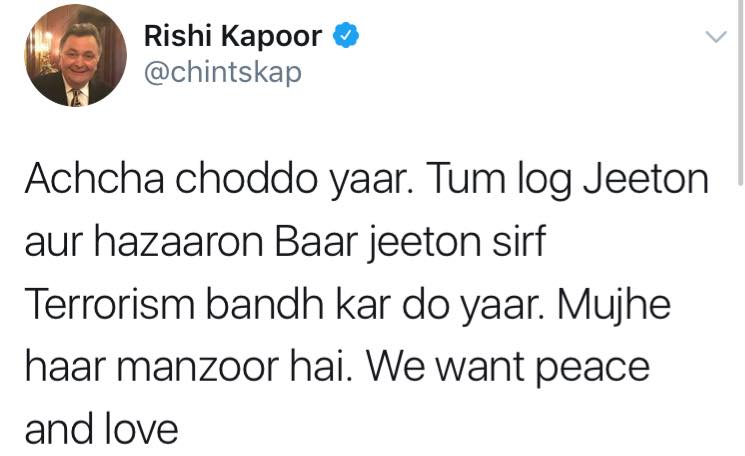 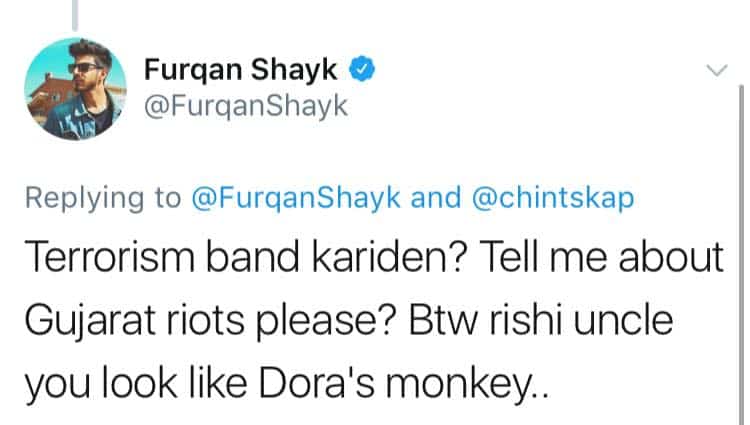 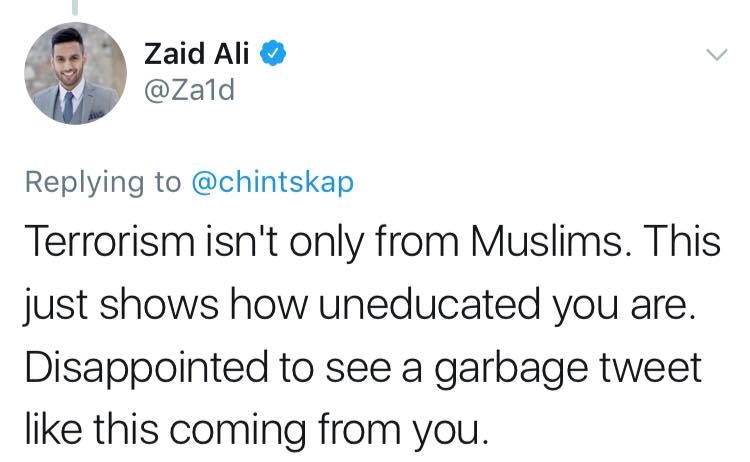 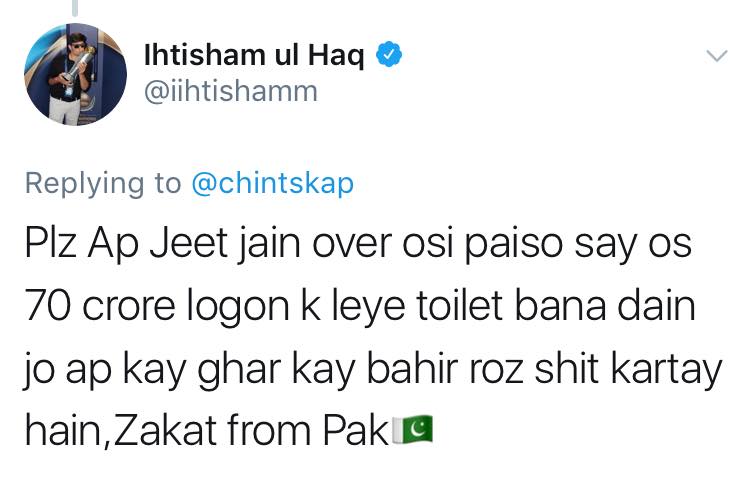