Pakistanis on twitter, have thrashed Shahrukh khan’s tweet along with the trailer of his web series Bard of Blood, his twitter has completely been taken over by pakistanis. Well you wouldn’t be seeing any of Indian there. Why?

Because if you go down into the comments section of Shahrukh khan’s tweet of trailer launch you will see alot of pakistanis posting the videos of Abhinandan and kalbhushan Yadav along with the videos in which mobs were lynching Abhinandan, they posted the pictures of Kalbhushan Yadav talking to his family behind the glass walls, some are posting Salman khans picture from tiger Zinda hey along with an indian citizen who was captured in Pakistan. Well when it comes to thrashing on social media pakistanis are way too professional, they dont just take dig at some one but post pictures and videos.

Many of the Pakistani replied that it would be better if you make web series on Kalbhushan Yadav, his capturing and his sentence instead,
some said make a movie on Abhinandan and show how he was captured and treated by mob.

It is the time that our people are completely against Bollywood and their bizarre productions and it is a great sign that we have accepted what Indians really are and most of all, the thing we love about our country is we defeated them on war grounds and world has seen that.

Here we are attaching all the comments and tweets taken from Shahrukh Khan’s Twitter. 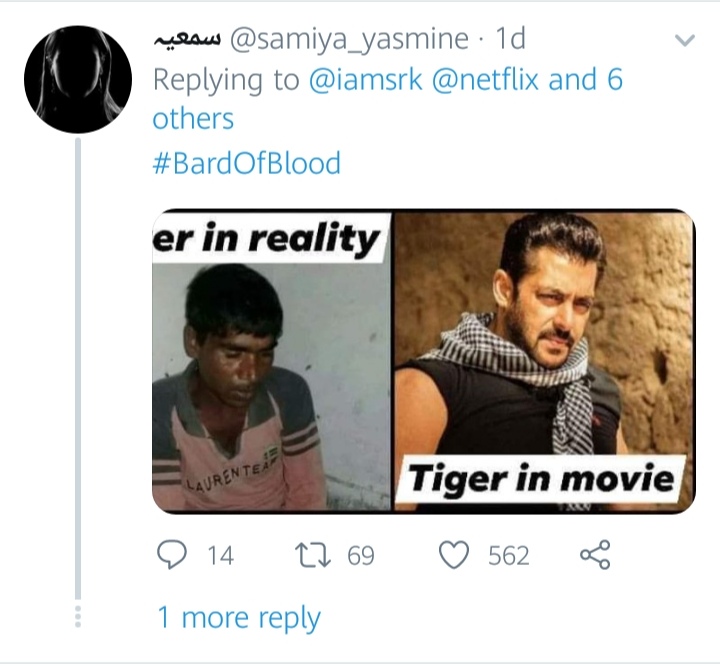 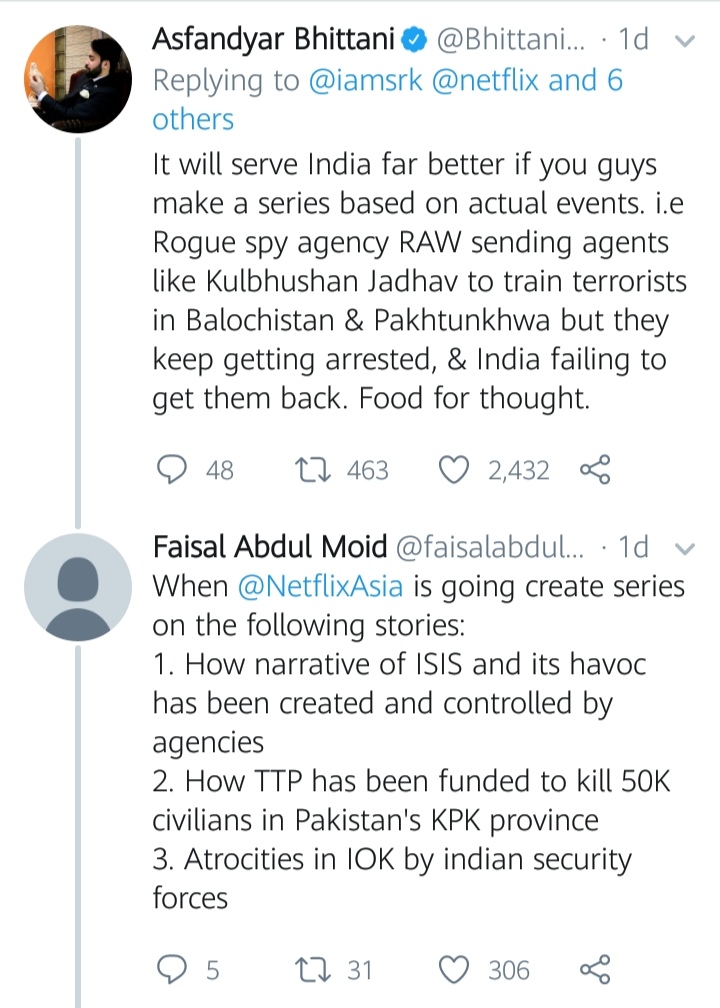 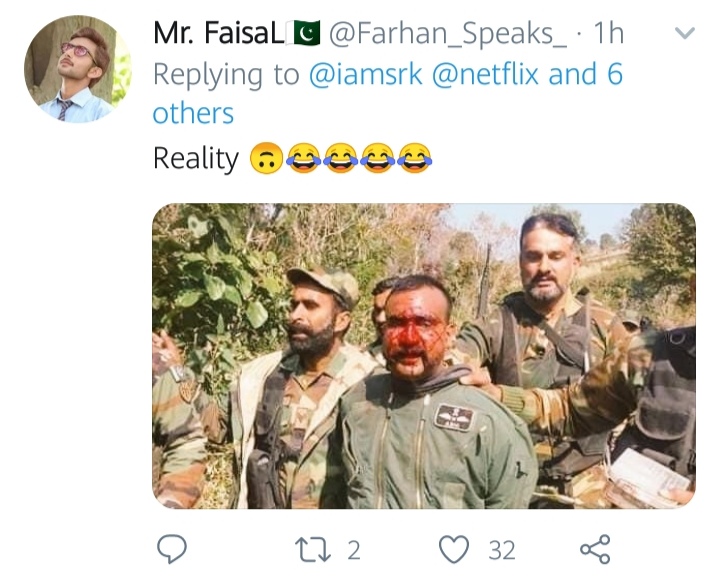 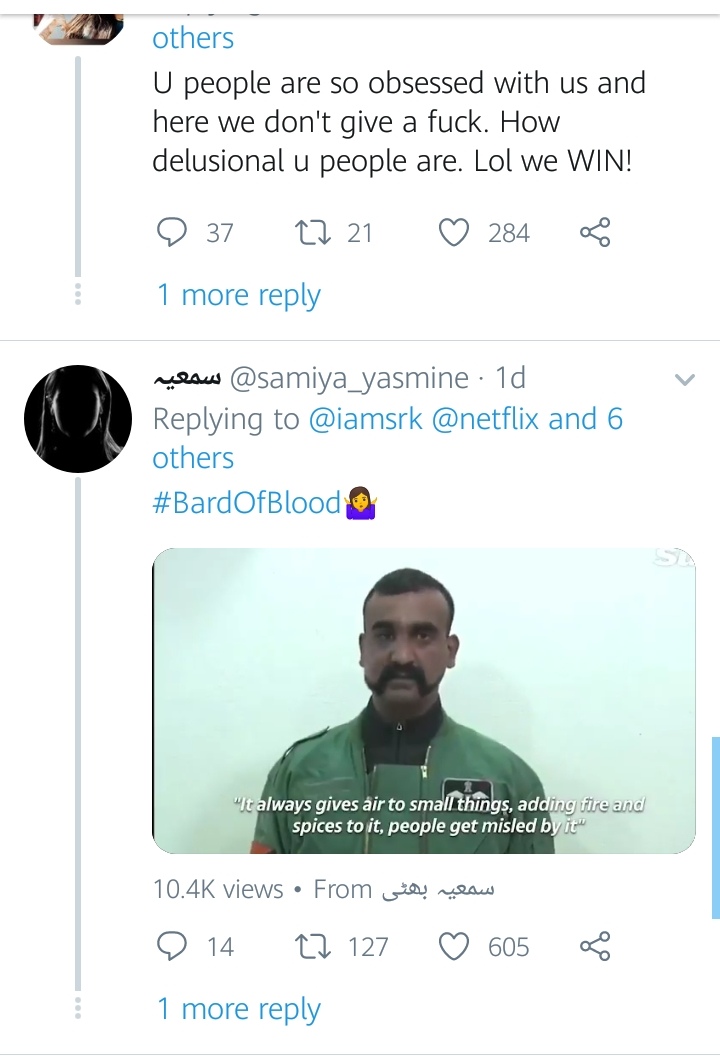 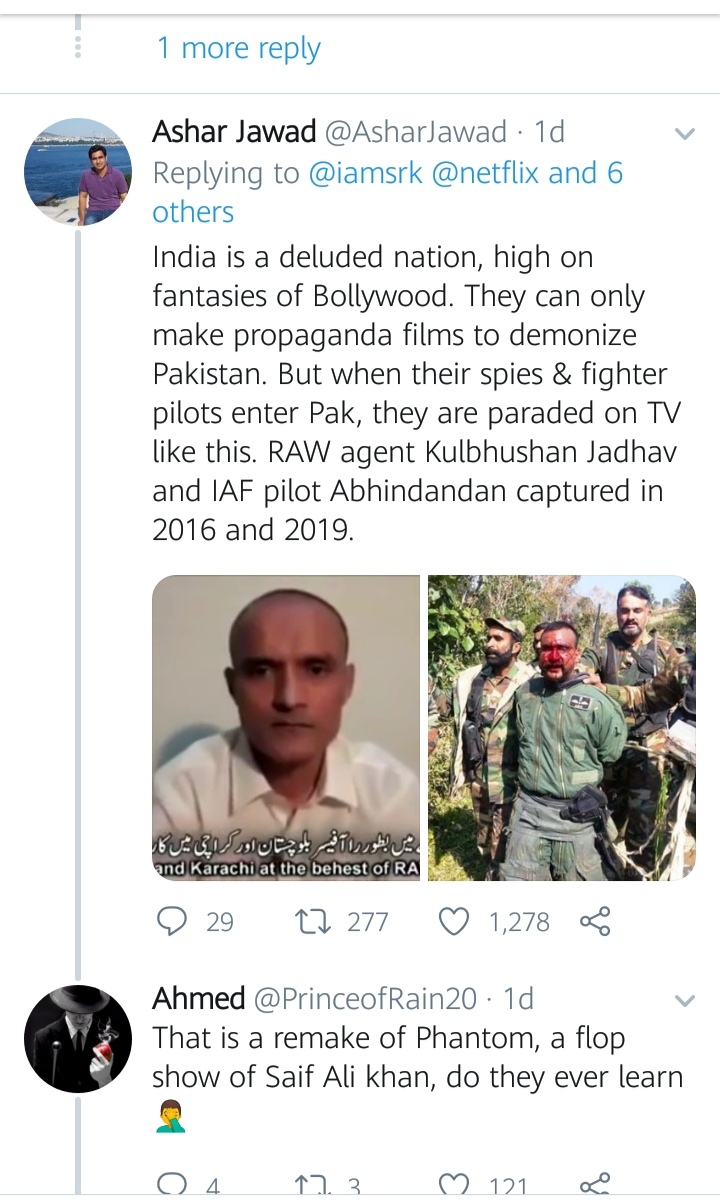 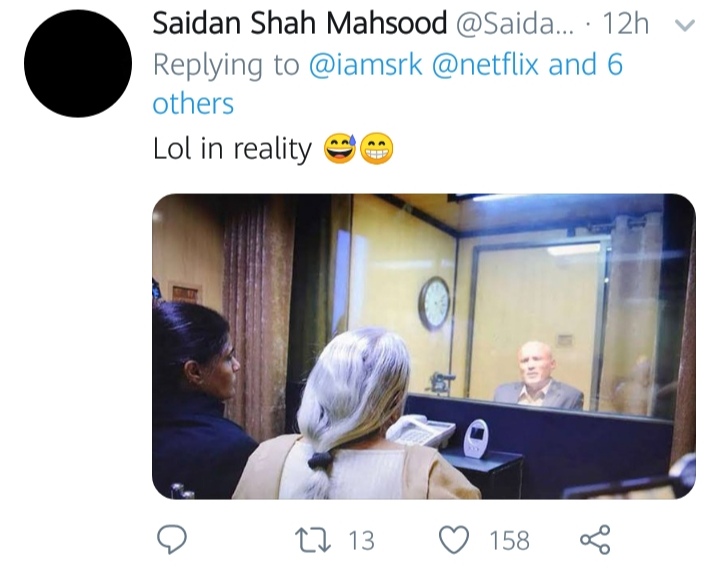 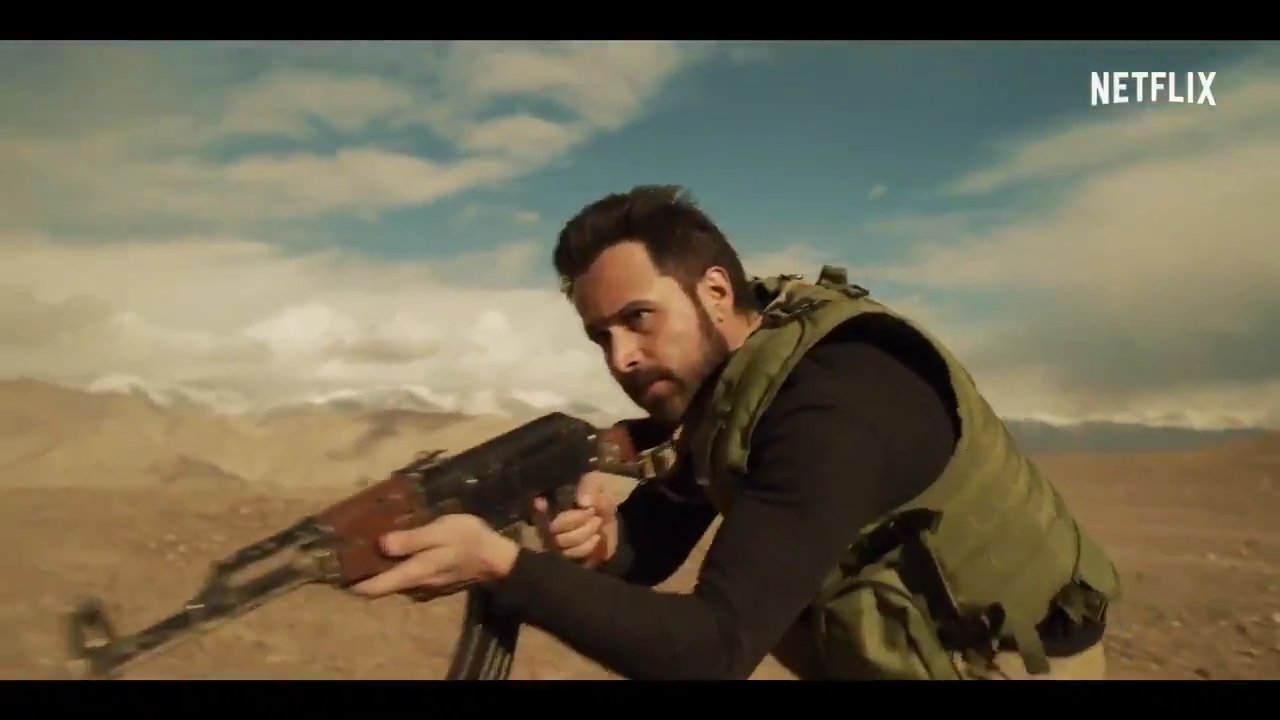 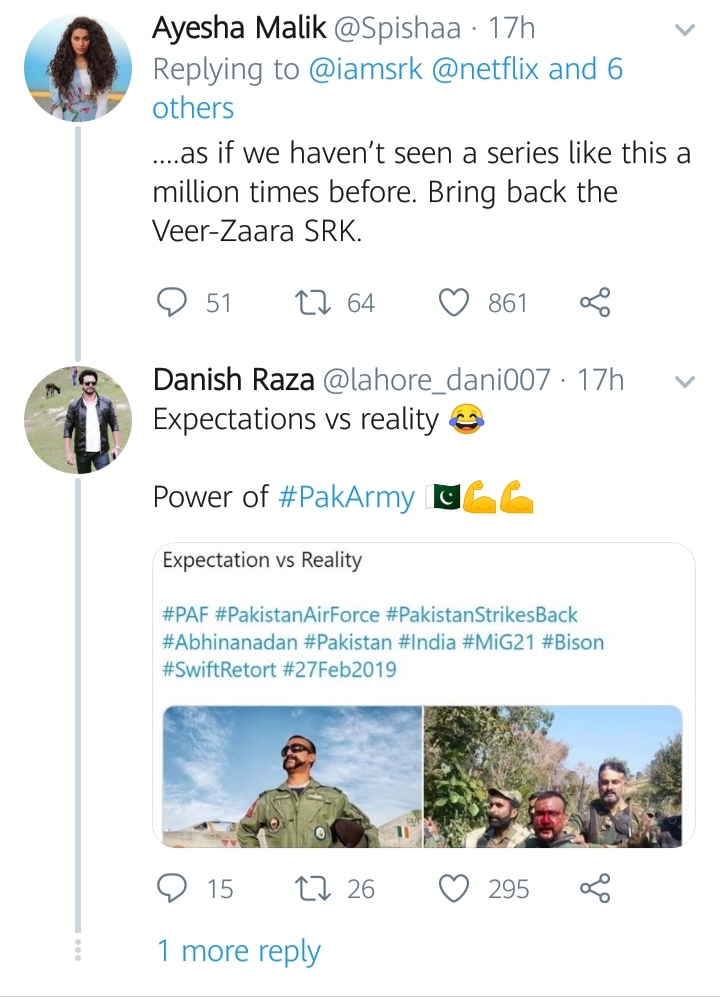 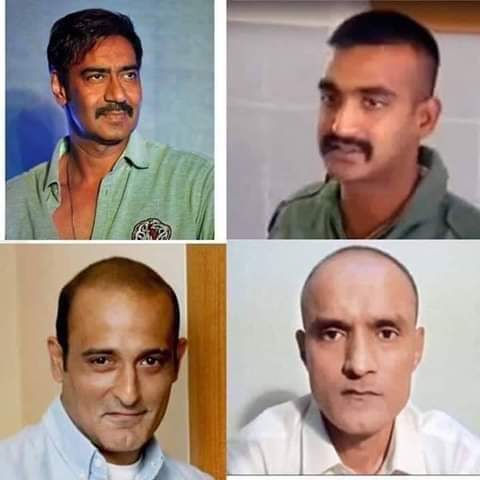 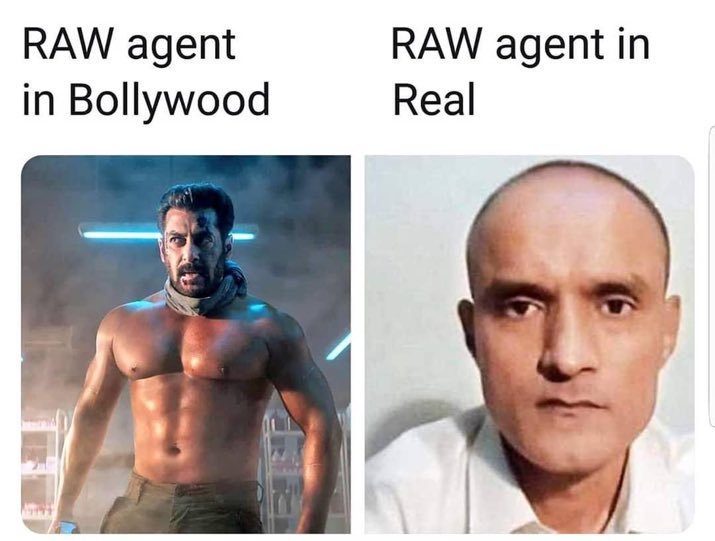 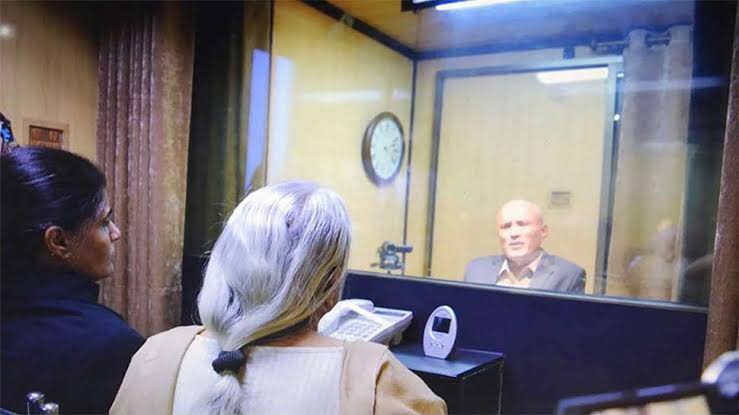