Some of the Pakistani dramas nowadays have parents who are the perfect example of bad parenting. These parents can easily be termed as parents from hell since they are the ones responsible for bringing up children who are monstrous humans. The writers most often use these parents as a ‘shield’ for children who are badly raised and at other times they are simply there to show where the parents are going wrong. Some of these characters have been used intelligently by the writers to highlight certain parenting issues and societal pressures. Others are just plain negative individuals who play the role of enablers till the last episode!

When showing such scenarios, our writers also follow certain patterns. For example, a bad parent is always the dominant one. Whether it is the mother or the father who is making all the wrong choices, the other one is shown completely helpless! This is what enables the dominant and bad parents to take over and take control. This also goes to show just how important it is for both parents to have an equal say. And then nowadays, there is a trend that both the parents are equally selfish and manipulative.

Sultana and her husband are a match made in hell! Their sole purpose in life is to control their sons, make their life as miserable as possible, judge their daughters-in-law constantly, and spoil their daughter! These parents are biased, insensitive and the most selfish ones. For the first time perhaps the husband is just as much of a planner as the wife! Usually, the fathers are shown as balanced individuals but that is definitely not the case here. Unlike some of the other parents on this list, this pair does not even try to hide their ill feelings for their sons and their wives. They live in the moment and do not think much about how their actions might affect their relationship with their sons in the future. They also have shocking double standards when it comes to their children. 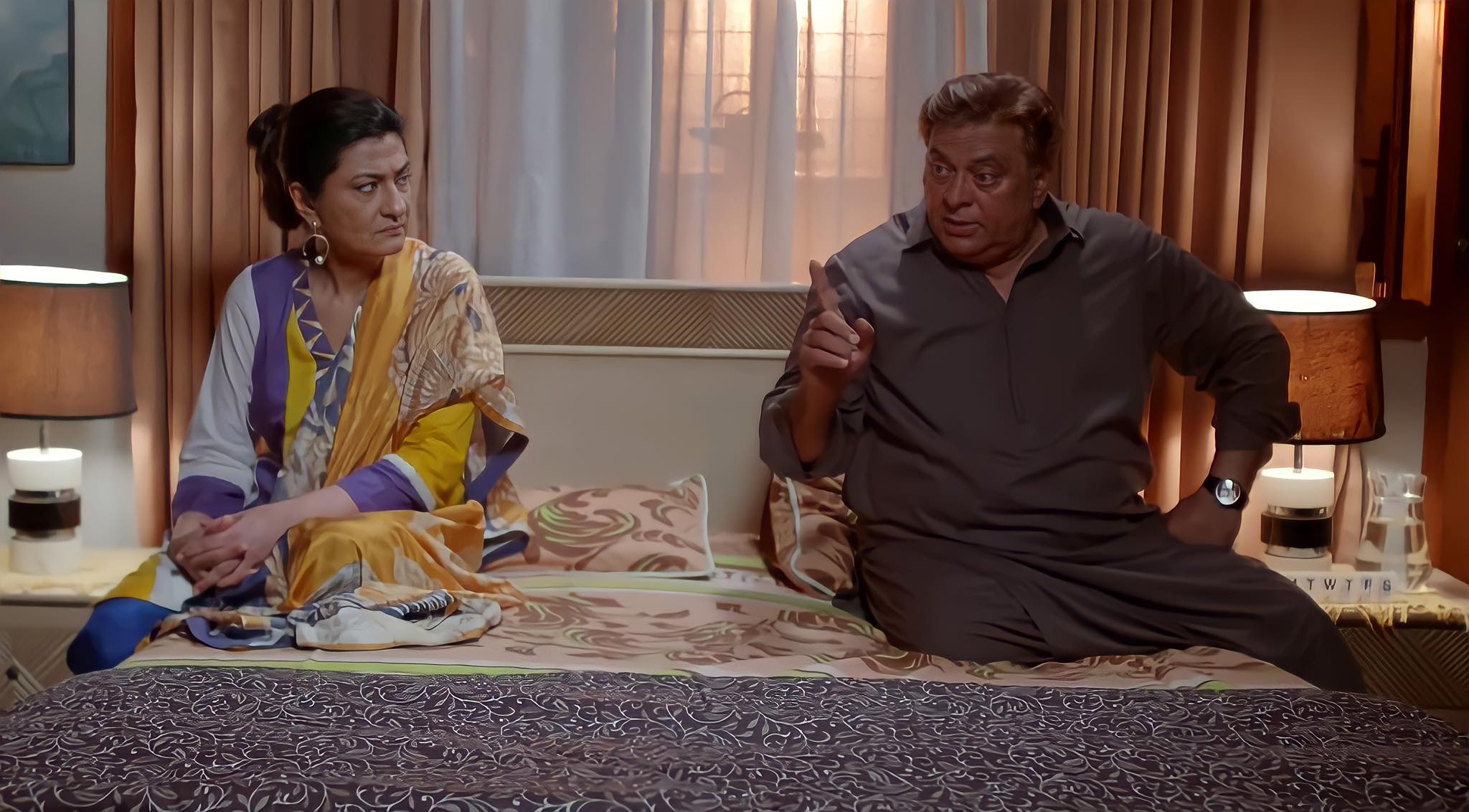 When Usman came back and narrated all those terrible things that happened to him, his parents could not care less! All they were worried about was that he will no longer be assisting them financially. Life is a constant party for them; all they do is eat, plot and plan! Needless to say, they are always on the same page which makes them the perfect partners in crime.

Ahsan’s mother in Pardes is the perfect example of all those single mothers out there who think that the sons who are responsible enough to take up financial responsibility for their family are not humans but ATM machines! Like the parents in Mujhe Vida Kar, she looks out for her daughter and couldn’t care less about Ahsan or his wife! She sent her son away so that he could earn for his family and since then has not cared for anything else except for the money he sends home. Her concern for Ahsan is only verbal because not once has she actually worried about how he must be coping away from home. This mother takes selfishness to a whole new level especially because she also keeps on lying to Ahsan about how she is looking after his wife and daughter. 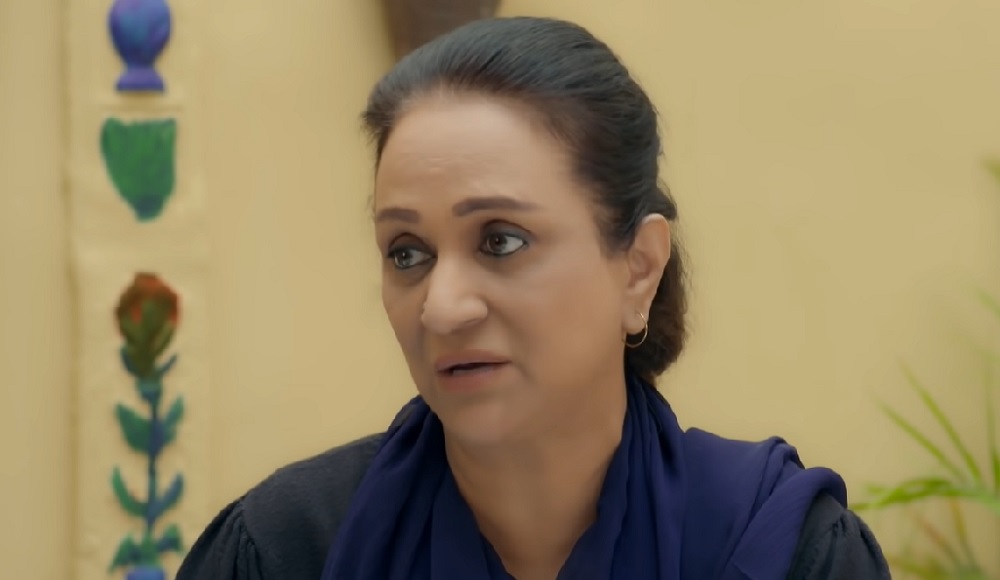 I see a little bit of the mother from Qaid-e-Tanhai in her since she was also as manipulative and selfish as this one. Also, in the end, she will surely learn her lesson the hard way! Although she is a mother from hell for sure the character itself is an accurate representation of all such parents.

Although Neeli Zinda Hei has only been air for a few weeks, Aman’s mother is already eligible to be on this list. She is the most typical zalim saas we often get to see in Pakistani dramas but when it comes to controlling her son, she definitely takes a lead! She believes every conspiracy theory thrown her way when it comes to her bahu and is an expert at coming up with quite a few herself too. Her need to control was highlighted right from the first episode. She could not stand the fact that Aman was being so understanding of his wife’s situation. The funny thing is that she has no respect for her husband and is so kam chor that she has a difficult time making breakfast for herself! Thankfully in this drama, both the parents are not the same therefore we see the father trying to knock some sense into this woman. 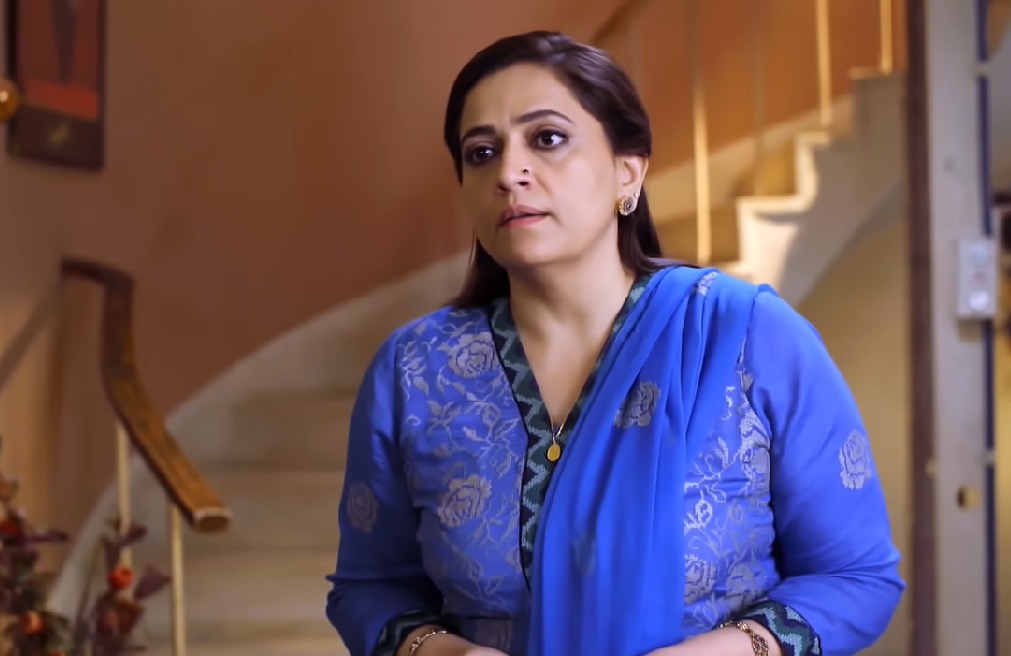 However, like many other such scenarios, the evil, negative mother definitely has a more dominant personality therefore, there isn’t much which the father can do about the situation.

Pehli Si Mohabbat has been breaking stereotypes and has so much going for it. Faiz Ullah however, definitely passes as a parent from hell since he is so self-absorbed that he cannot see how his decisions are impacting his daughter. He represents all those parents who think that their children owe them their lives, their happiness because they raised them and ‘loved’ them for all these years! His expectations from Rakhshi and his behavior towards her have made him an example of bad parenting. Also, he married Nargis out of love and turned the entire mohalla against him yet he does not understand why Rakhshi would want to get married to someone she loves. In the beginning, Faiz Ullah’s character was quite balanced but his selfishness was always a prominent part of his personality. 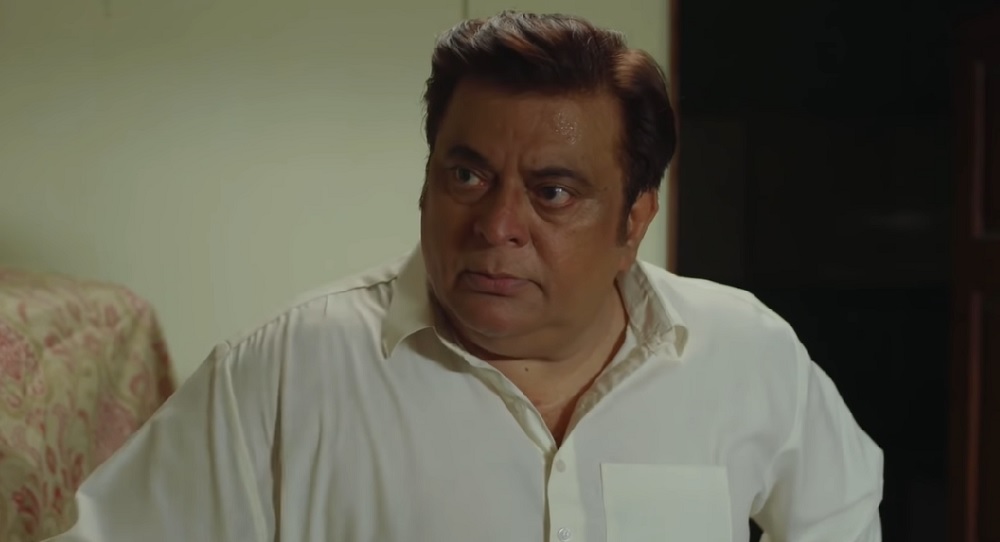 He never took Rakhshi into confidence before getting married to Nargis or bringing her home. He expected her to ‘adjust’ to these changes without giving any prior warning. Ever since then he has been making every single drastic decision on his own. Nargis’ continuous reality checks always fall on deaf ears and his explanations just go to show that he feels his actions are justified.

Drama serial Mohlat has more than its fair share of twisted characters! The parents in this drama are just as twisted as the youngsters. Zahida is a woman who hates her third daughter because she blames her for ruining her marriage and her life. Her husband Zahid wanted a son therefore while two of her older daughters are not to be blamed, Navera, the youngest one, got rejection and hatred right from the time she was born. Zahida has always been unfair to Navera and even now when she is being so responsible and supportive of her sister, she gets no acknowledgment from her mother. Also, Zahida is responsible for making a monster out of Maham. For the longest time, she played the role of an enabler in her life and now it is too late! 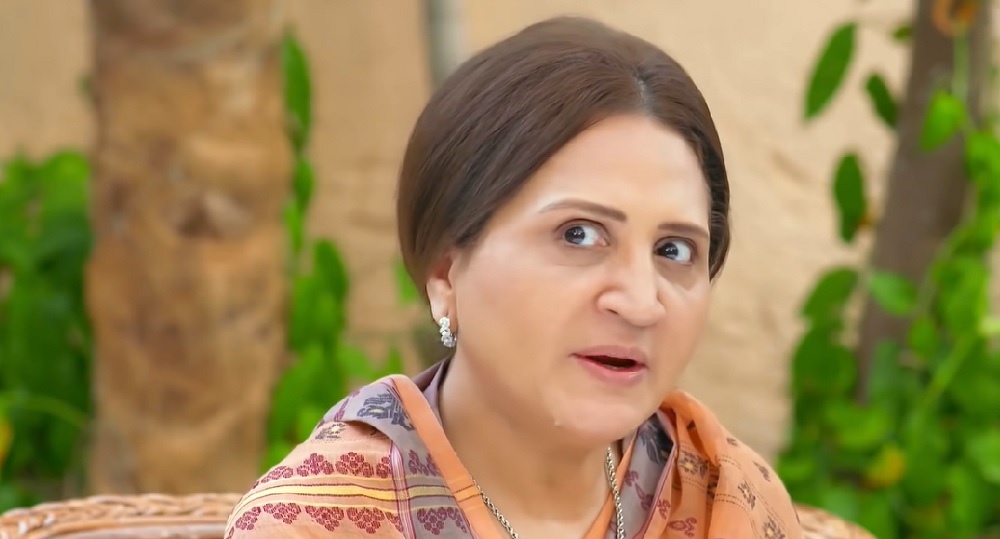 The father Tahir has been absent from his children’s and first wife’s life for the most part. Now, out of nowhere, his character has taken a complete u-turn! Even with this turn, his personality is such that he has been unable to make a positive influence on any of his family members. He can easily be termed as the most useless parent we have seen in Pakistani dramas lately! Even though he really wanted to father a son, which is why he got married to Sadaf but he did not play any role in raising this son. 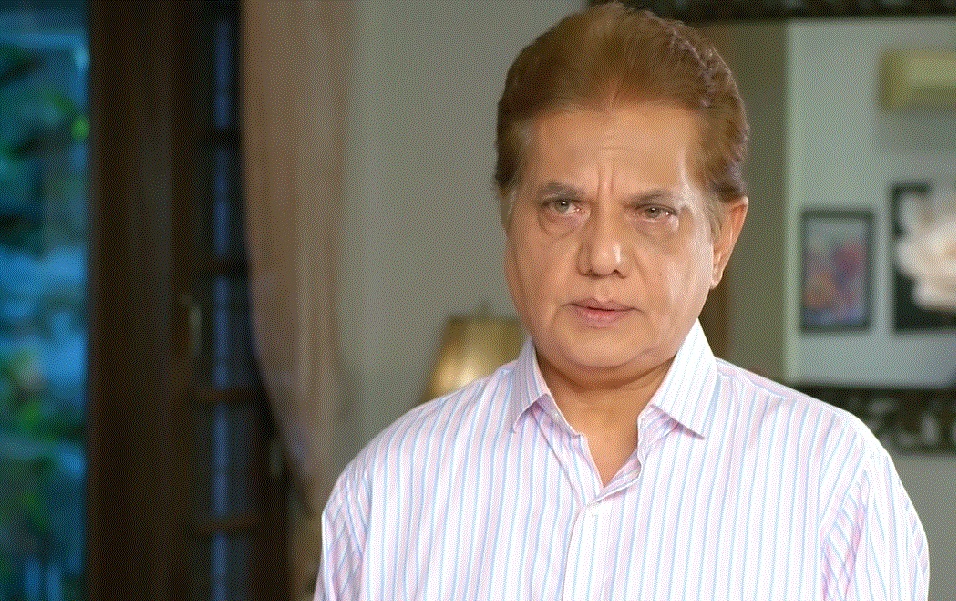 We have seen mothers such as Sadaf many times in our dramas. She justifies every single thing her son does and as a result, her son is a spoiled brat who really does believe that he can get away with anything at all. Tahir married Sadaf so that she could give him a son and after doing so, she has made sure that this son gets everything he wishes for even when it is not justified. Recently, when Navera came to apologize, her attitude and response showed what a bad role model she is for this youngster. 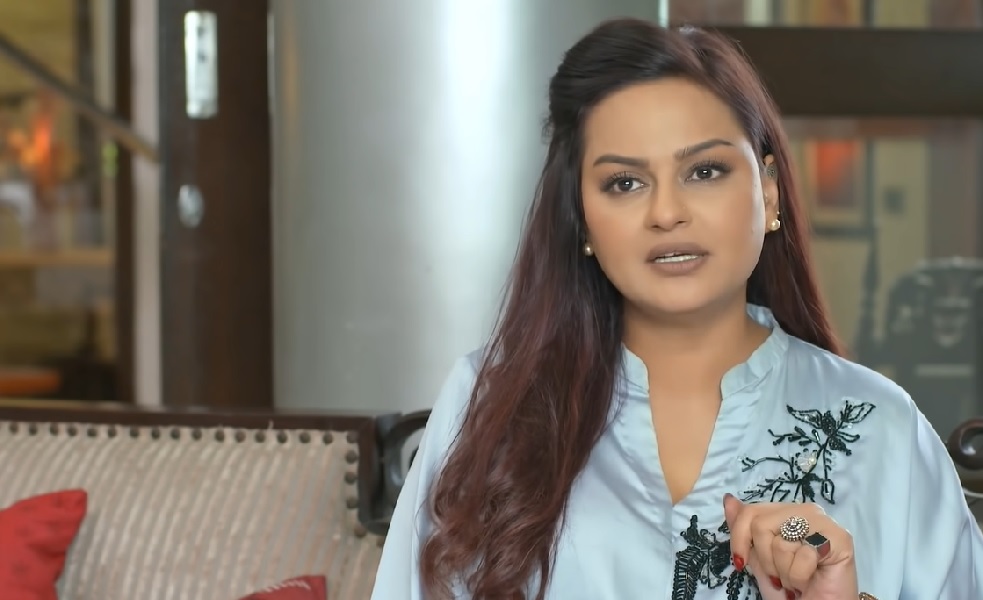 Shiza and Samreen’s father in Azmaish is also an enabler just like many other parents on this list. He has turned his second wife into his grown-up daughters’ babysitter. They are not expected to respect her and he is constantly reminding her of how fortunate she is to have him since he has taken care of her daughter as his own. His thankless nature shows in his daughters’ attitude and he is so foolish that he falls for every single lie told to him. Although he thinks that he is doing everything right and raising his daughters the way they should be raised, he is actually doing more harm than good! 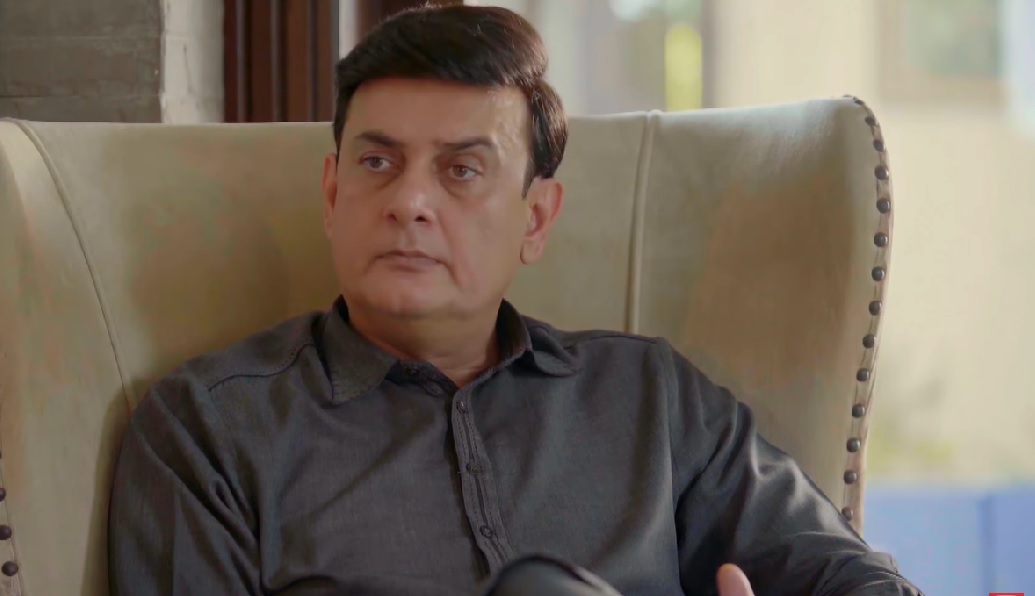 While on the one hand, Aulaad has the best parents playing the lead in the drama, we are also got to see a mother such as Rakhshanda in the drama. She is one of those typical clever female characters who constantly plot and plan. She made sure that her daughter did everything the way she deemed fit and did not let her make her own decisions. She never had a single piece of good advice to give to her daughter and was always so sure that she knew best! In the end, the viewers will get to see a befitting ending to this character but she is definitely a mother who destroyed her daughter’s life single-handedly. 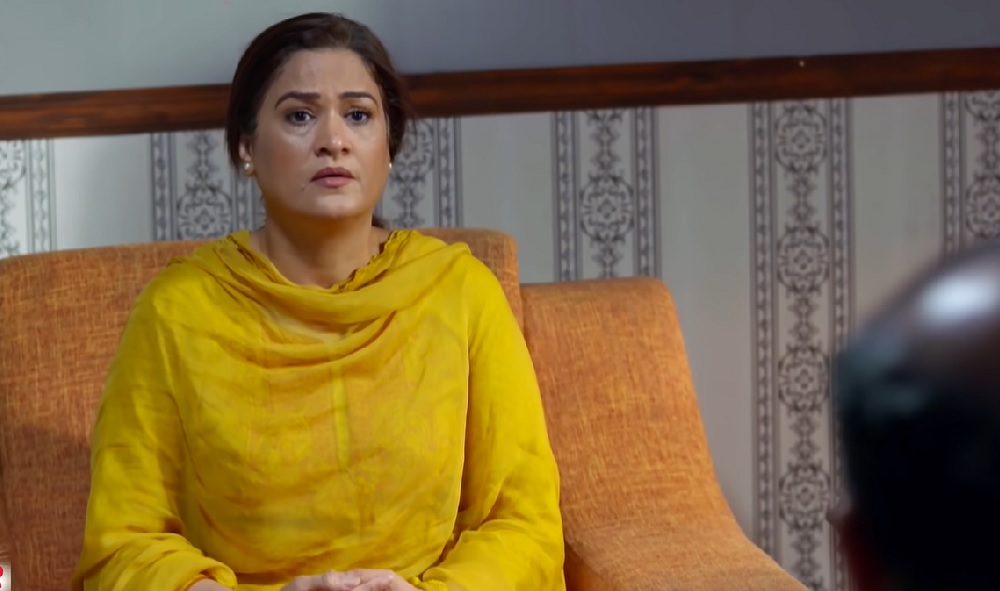 Haider’s father in Dunk has to be the most gullible and confused father figure in Pakistani dramas right now. This man believes every single thing against his son and is perhaps his biggest enemy. He is constantly looking for an excuse to put his son down. Not only this, he also asked his wife to follow his lead! Shahood Alvi seems to be typecast in a rather unlikeable and uninteresting role in more than one drama. His talent is being wasted, playing such a ‘dumb’ character. Laila Wasti seems to be doing the same in both Mohlat and Azmaish but her characters have some likable aspects therefore she did not make it to the list! 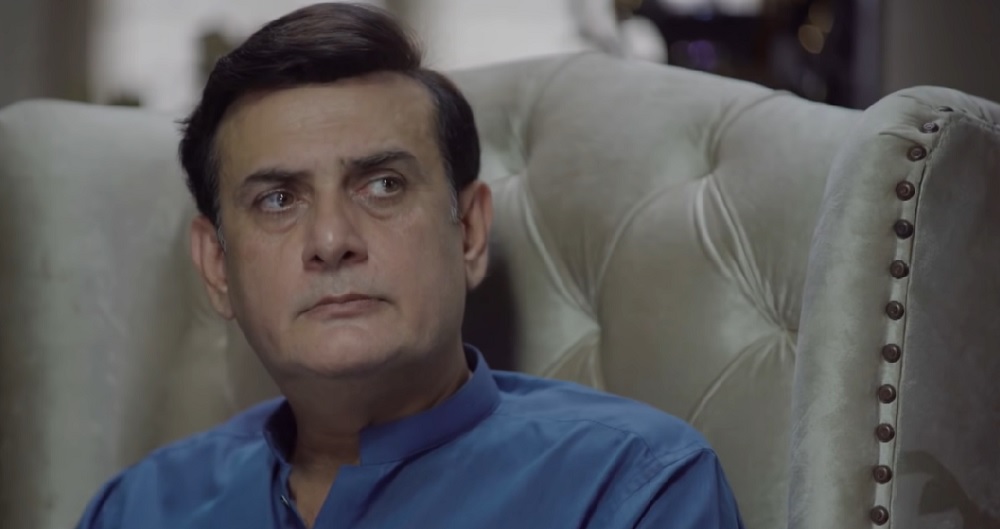 Nazo’s mother in Safar Tamam Hua is a careless and selfish parent who has never once thought about her daughter. She has never even given sane advice to her daughter let alone do something practically positive for her. Nazo is a young woman who is capable of being a better person but she never found the kind of role model in her mother to make her a responsible adult. On the other hand, her mother has played a major role in making her take the worst decisions more than once. 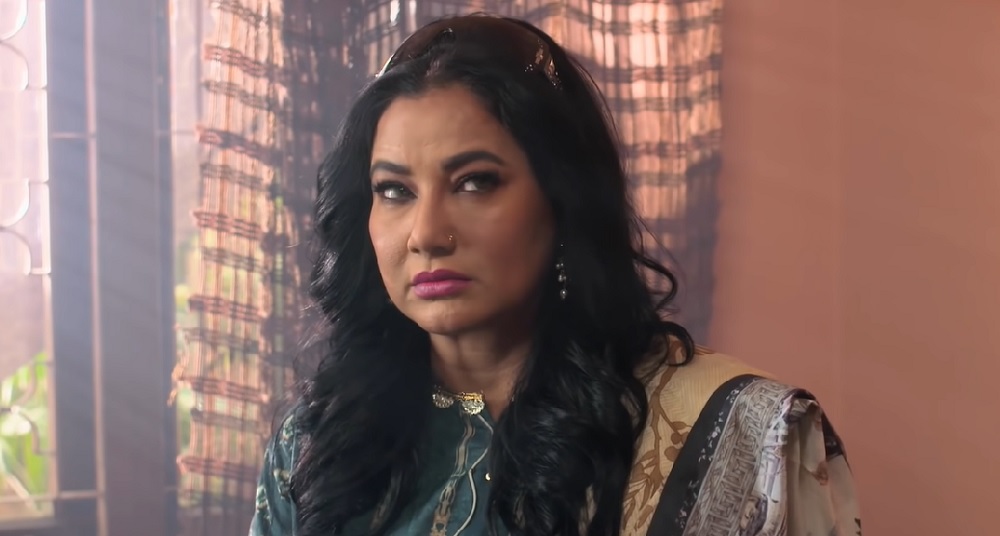 What do you think about the list? I am sure you can add more names to the list; please feel free to do so.