Teefa In Trouble is about to release. The film will mark the debut of Ali Zafar as well as Maya Ali in Pakistan Film Industry. The action-comedy directed by Ahsan Rahim will release on 2oth July. The trailer is out and the cast is about to start their promotional tour. 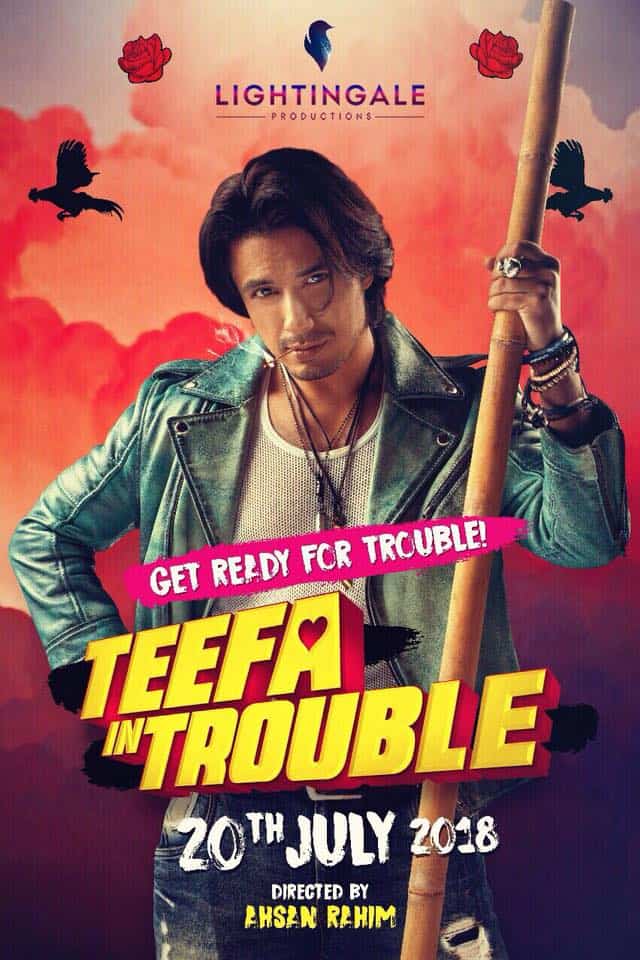 Ali Zafar has successfully worked in Bollywood in the past and has established good friendships with his former co-stars. With Teefa In Trouble near to release, Ali’s former co-star and friend Parineeti Chopra took to Twitter and congratulated the Rockstar. Here is what she posted to support Ali: 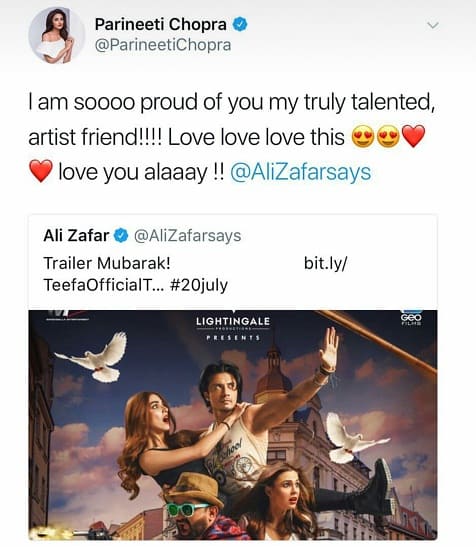 Only one month to go till Teefa hits the silver screens. Let’s see whether people also feel the same love towards Ali after the movie or not!