PTV has given us many unforgettable plays that even after many years, or in case of some dramas, decades they are still cherished and appreciated. Those dramas are used as an example not because of their glamour (which they lacked unlike dramas now a days) but as a complete set of entertainment, quality and values.
One genre of which PTV has produced many memorable serials (a particular favorite of mine) is patriotism. Sunehray Din, Alpha Bravo Charlie, Dhuwan, Wilco, Aahan, Zanjeer, Angar Wadi and Laag are among the dramas that will be remembered for long. Though few of the above mentioned dramas are Kashmir related, I’ve included them in the list, firstly because they were equally emotionally charged and thrilling dramas. Secondly, we are fed with the belief since infancy that Kashmir is our part (a controversial debate though) and hence their plights are ours as well, and these were some great dramas that deserve to be remembered. 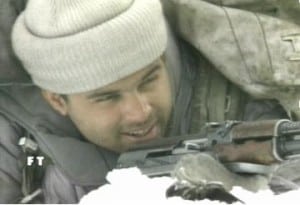 The first three mentioned dramas had not only strongly constructed plots with witty and powerful dialogues they were exceptionally emotive and moving. Those dramas had tragic components as well but those tragedies did not had the depressing effect, which dramas of present day have. The struggles and difficult lives of our soldiers evolve patriotic feelings, create awareness about their dilemmas and problems. There is desperate need for such dramas not only for our moral boosting but also for the sake of our somewhat ethically and morally deteriorating generation whose sole purpose appears to be utilization of night packages (the image portrayed by Tvcs). 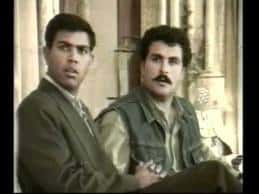 Waar is a film of the same genre but since I haven’t watched the movie I cannot comment on it or either compare it with the aforementioned dramas. Patriotic dramas and movies are biased, it is an understandable fact. When our nation happily watches propaganda movies of Bollywood (which are most of the times extremely anti-Pakistani) without raising any objections then why there are objections on such Pakistani projects. We have lots of senseless dramas these days, having patriotic dramas on air will be a treat in addition to the fact that in the current circumstances of our country we need positive dramas.

What is your say about patriotic dramas, do share your views.
Faiza Cheema