The Manchester attack, that took place on Monday following a pop concert by singer Ariana Grande has shaken the World. The blast killed as many as 19 persons, while 59 were injured.

People from all over the World condemned the attack and when it comes to Hamza Ali Abbasi, we all know how blunt he is. Never shying away from sharing his stance on political or religious matters, he continues to voice his opinion on social media.

However, Twitterati thinks that Hamza probably failed to share his thoughts in the correct manner during the time of tragedy and bashed him for the same. 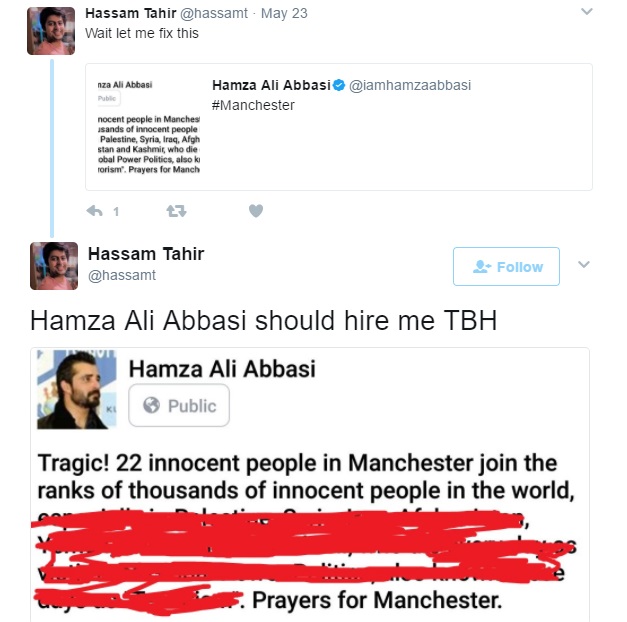 @iamhamzaabbasi That’s the problem brother….you always keep justifying the terror attack rather than thinking of some solution to the root cause.

*River floods a village in Pakistan*

Hamza Ali Abbasi: My heart goes out to all the villagers and also to the victims during Noah’s time.

hamza ali abbasi IS a pretty awful person to have at ANY PLACE https://t.co/q43mE7lM4w

What kind of status you had given??