Sanam Jung is an gorgeous and talented Pakistani host and TV actress. She began her career as a popular VJ, later on, she switched to acting and did a drama for Hum Tv. Sanam has worked in many drama serials including Dil E Muztar & Mere Humdam Mere Dost. 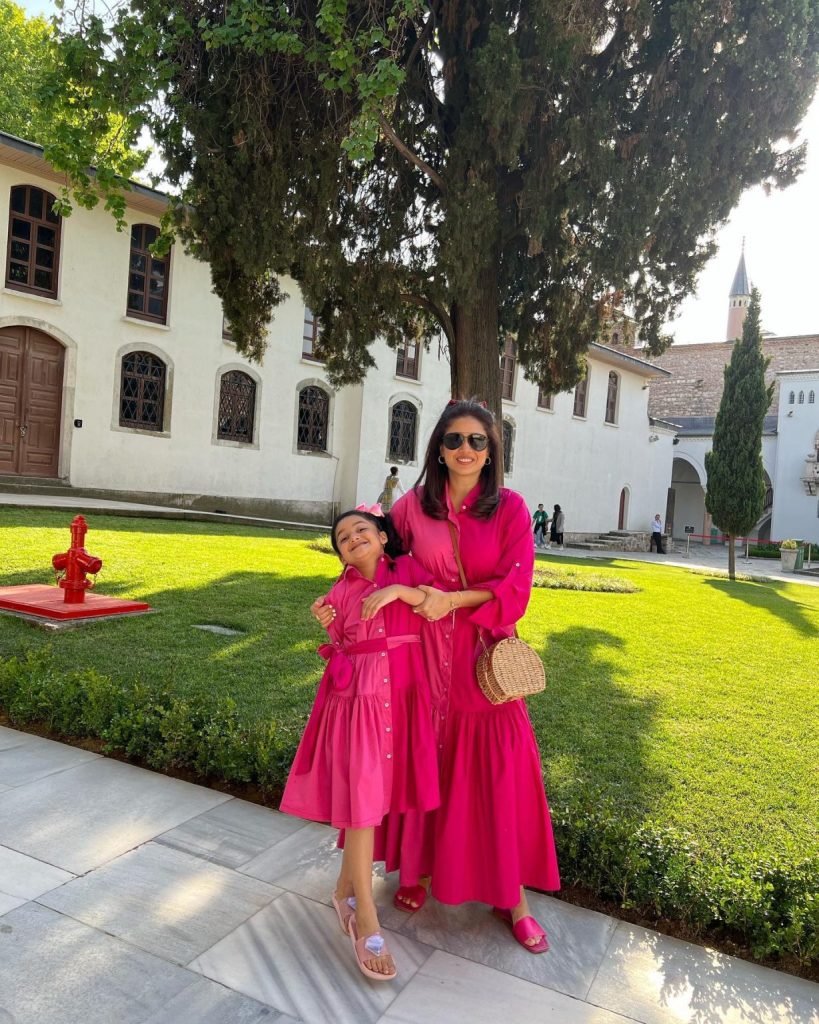 Sanam Jung has an adorable and amazingly talented daughter Alaya who has just turned 6 years old. Sanam Jung loves to post about her daughter. Previously, she gave an insight into her daughter’s swimming competition which was won by her daughter, now the adorable actress is geared up for the 6th birthday of her adorably cute girl. 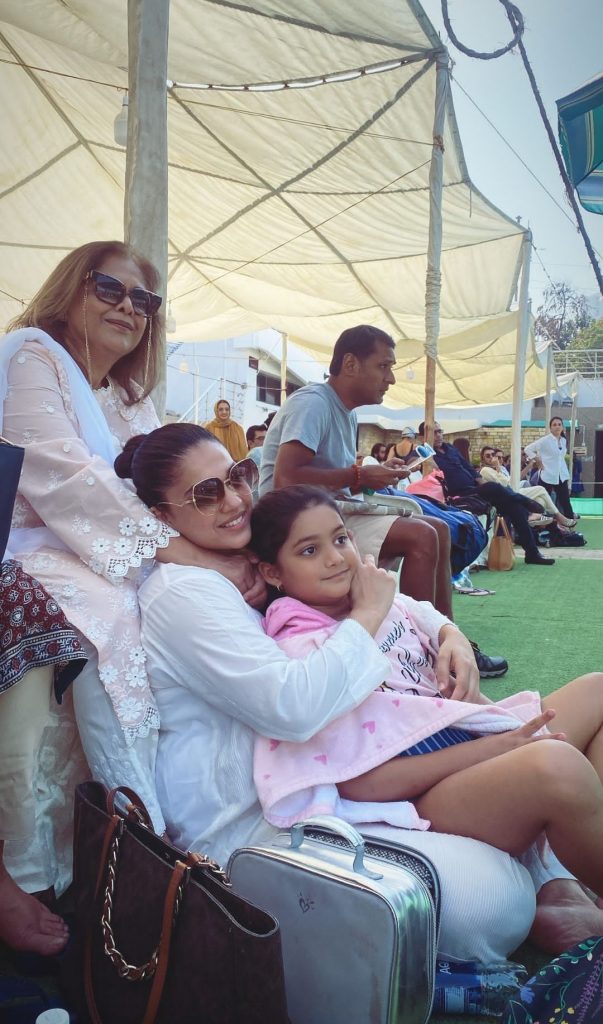 Well, Sanam Jung and Anum Jung have posted many stories from the lavishly decorated setup of Alaya’s 6th Birthday. Here are the pictures from birthday of Alaya. Sanam and Qassam’s families were also there in the birthday. Have a look; 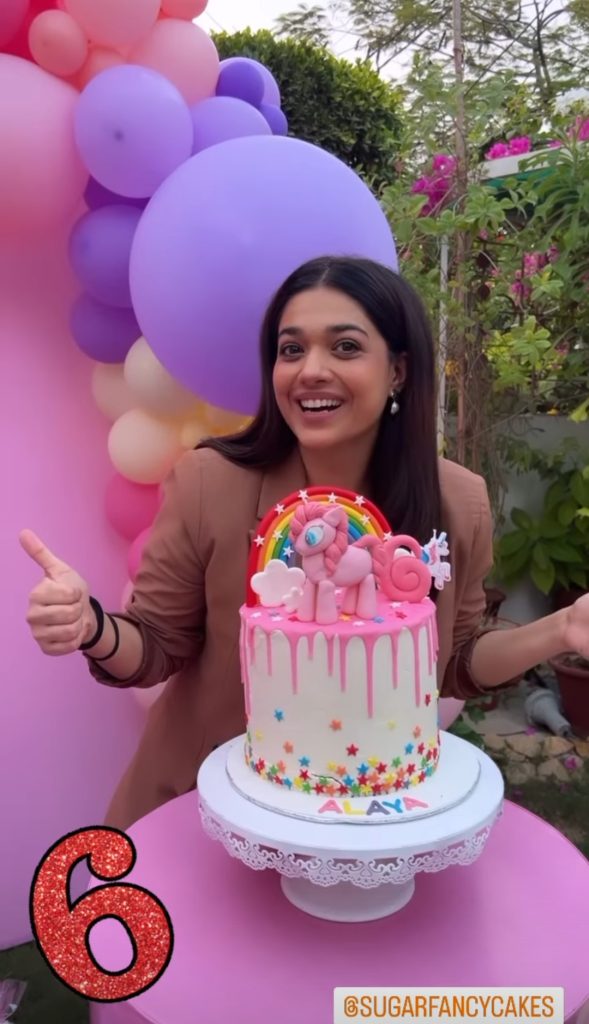 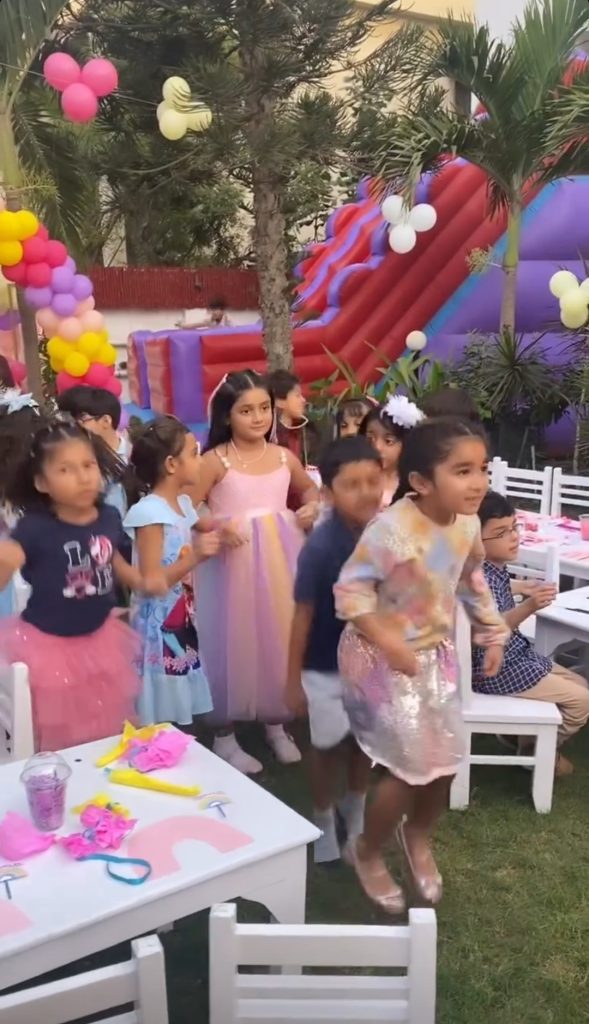 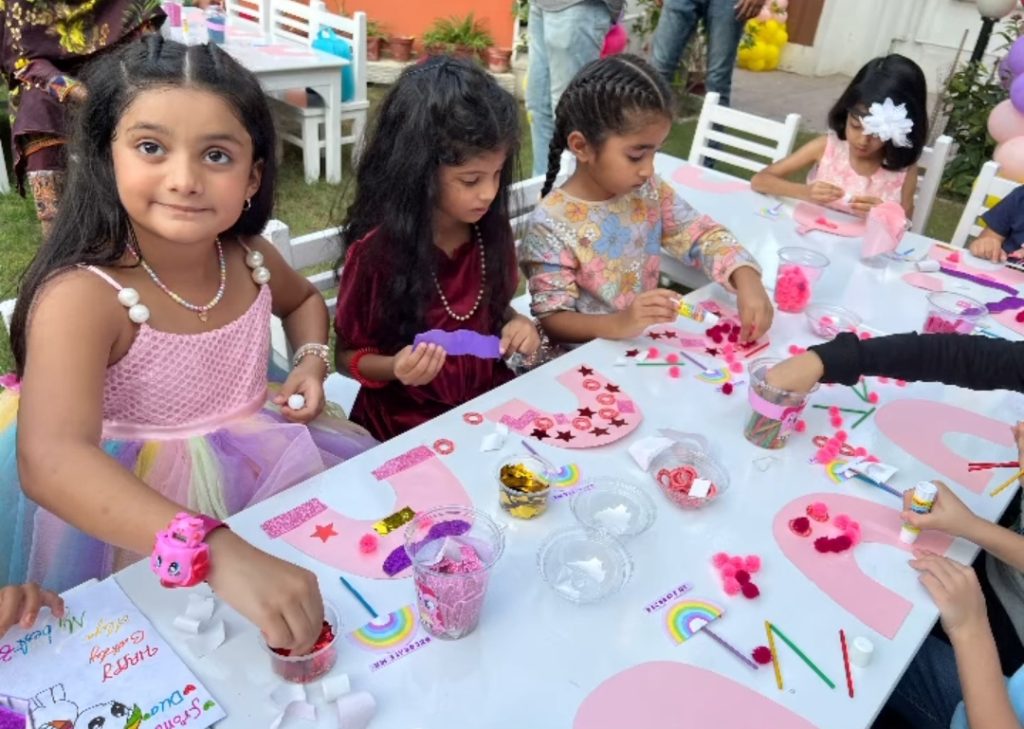 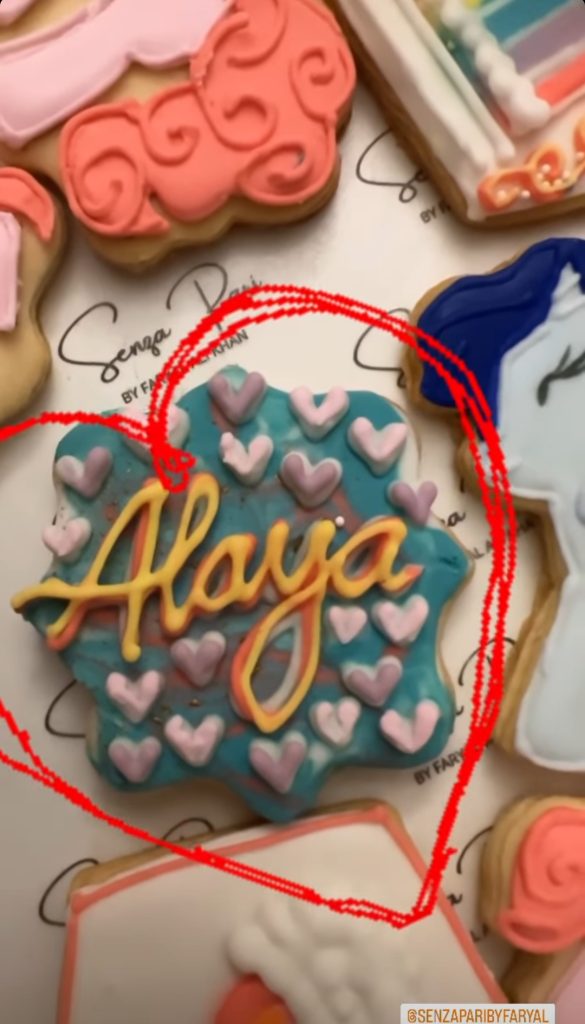 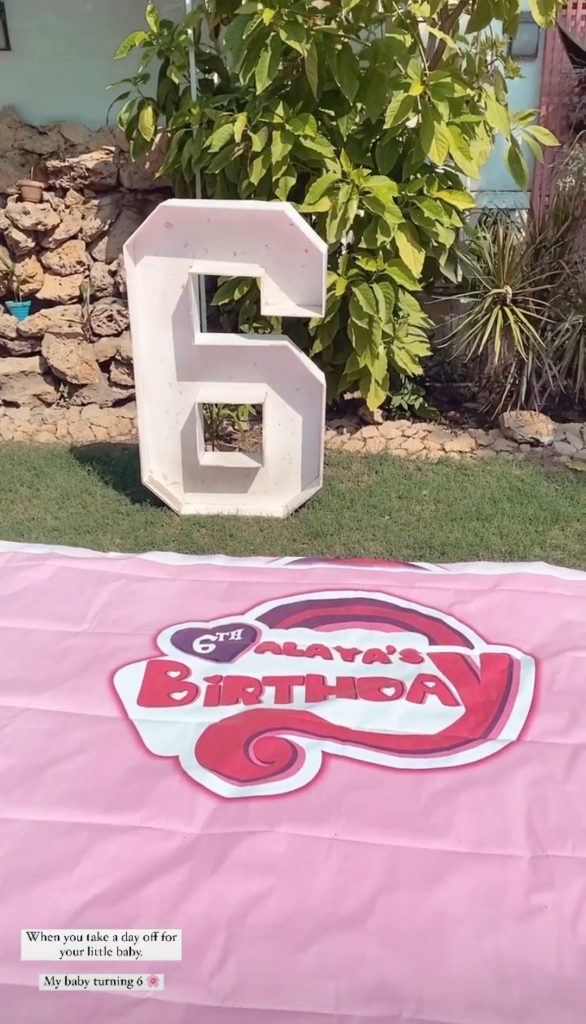 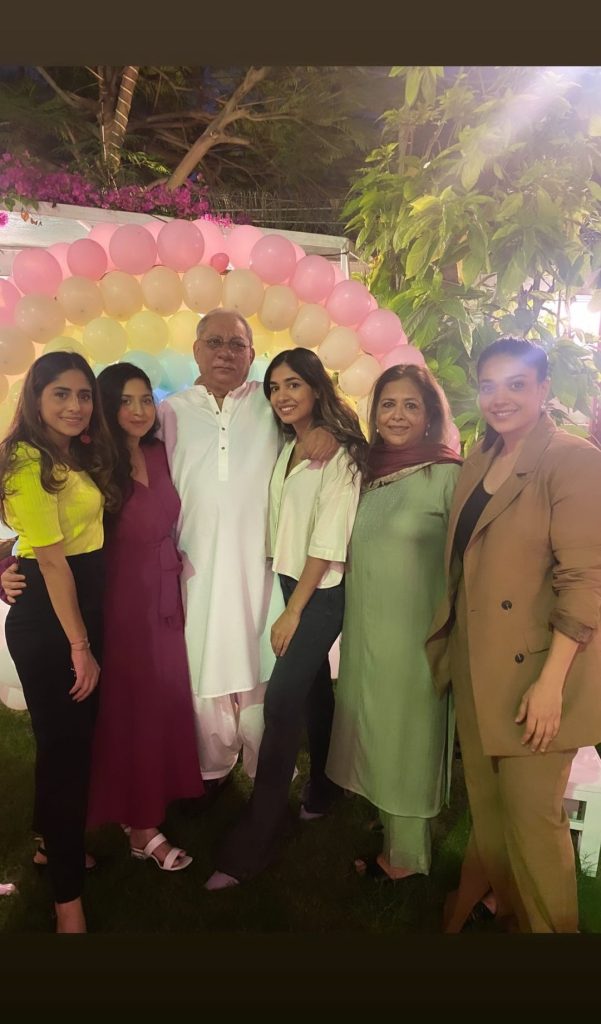 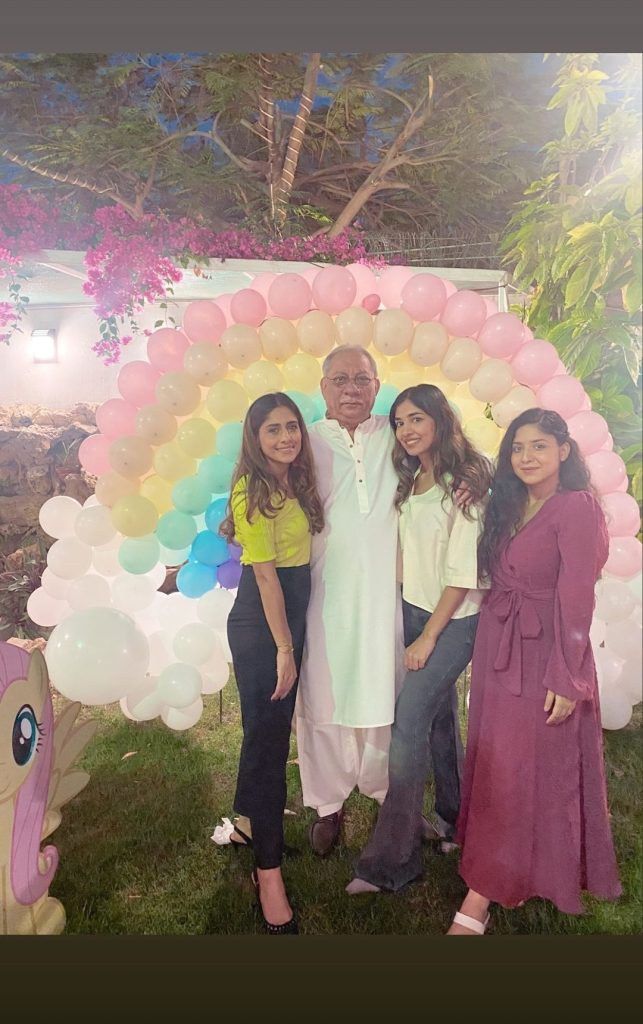 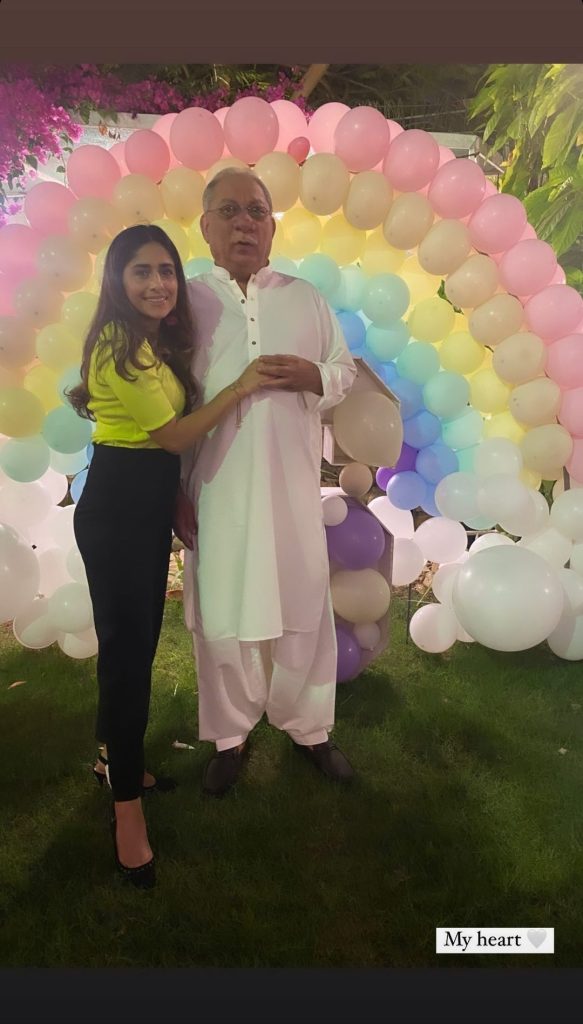 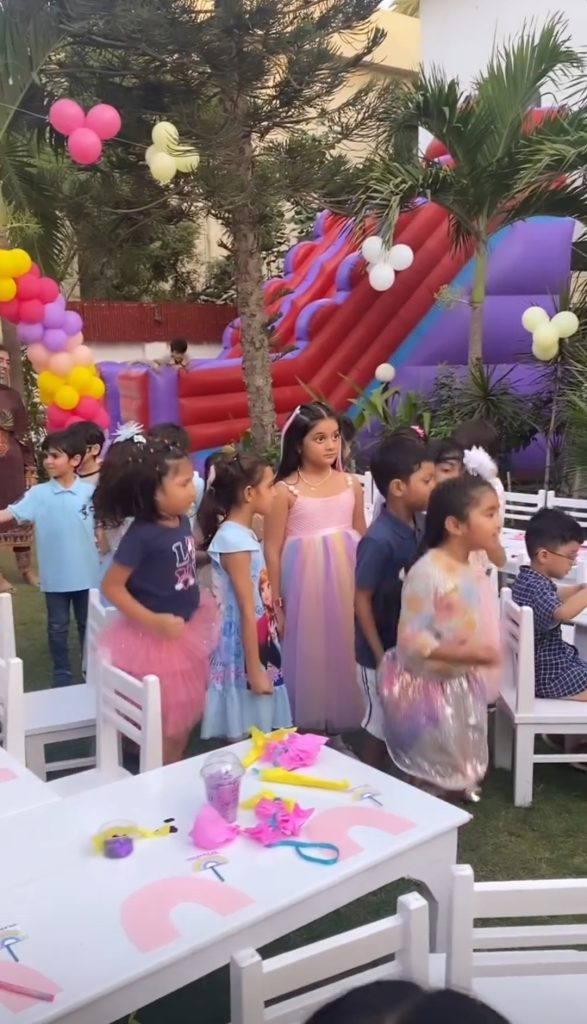 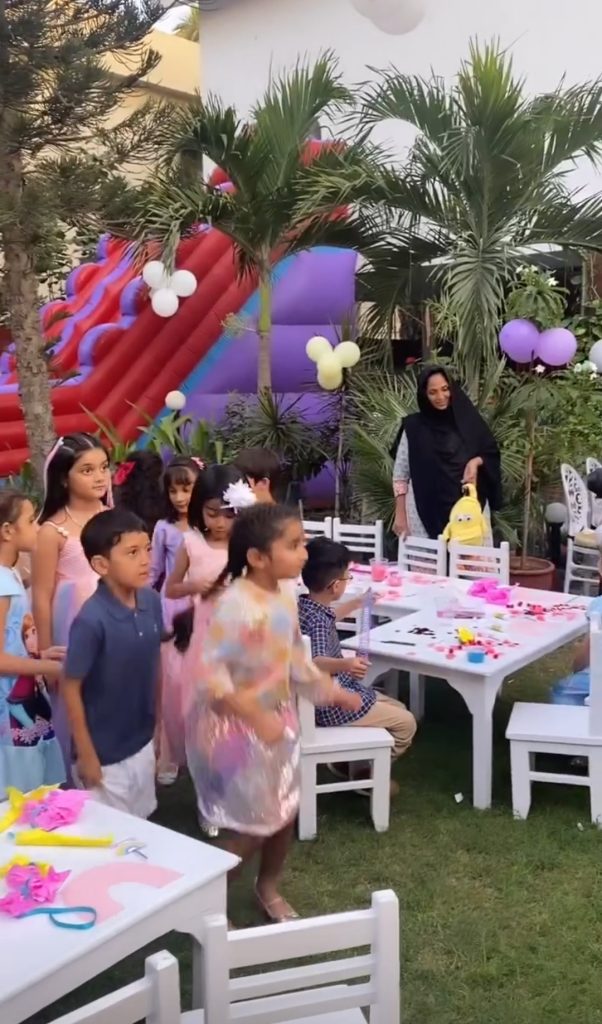 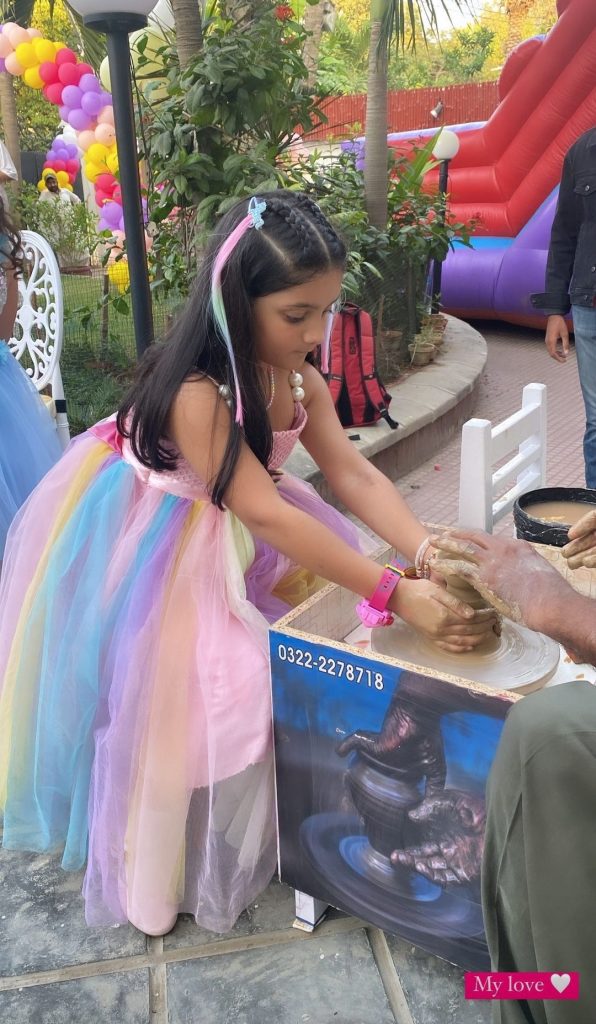 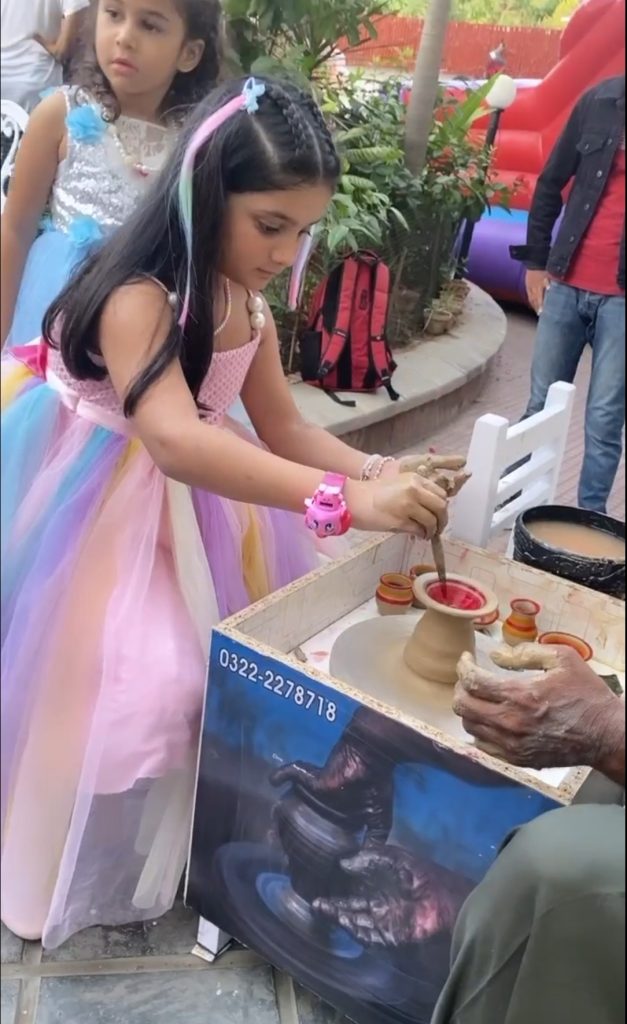 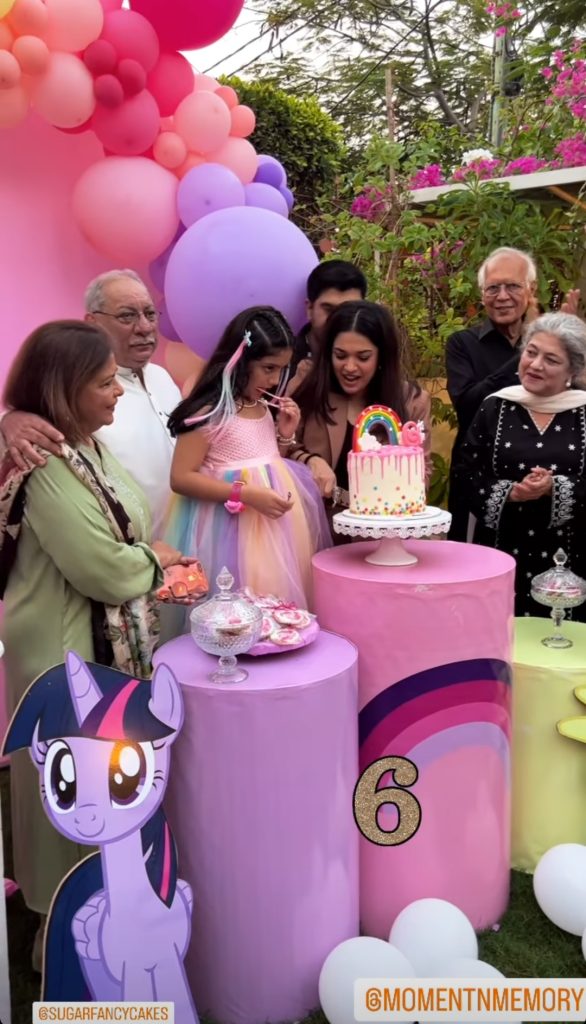 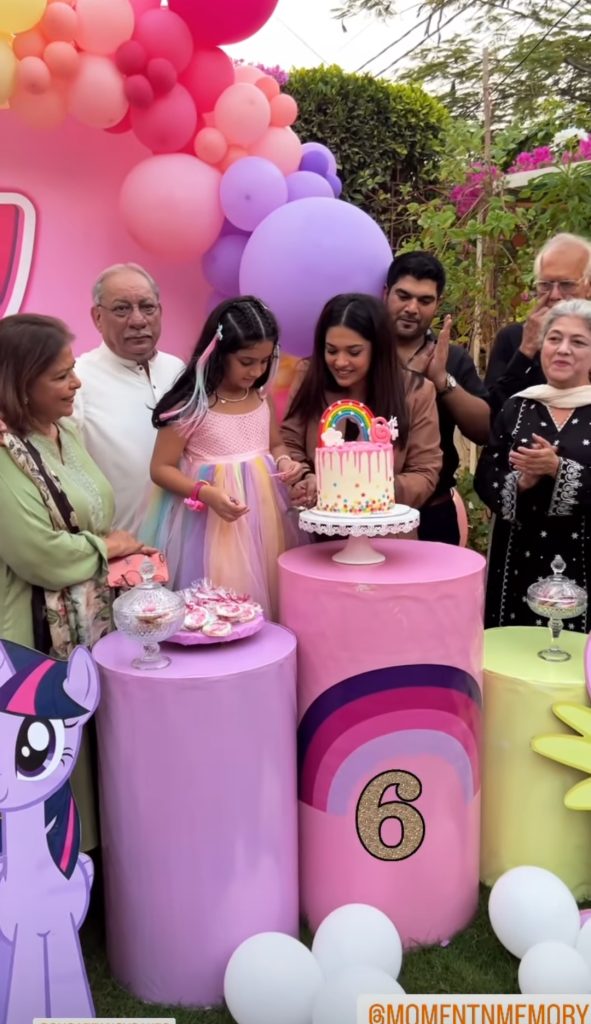 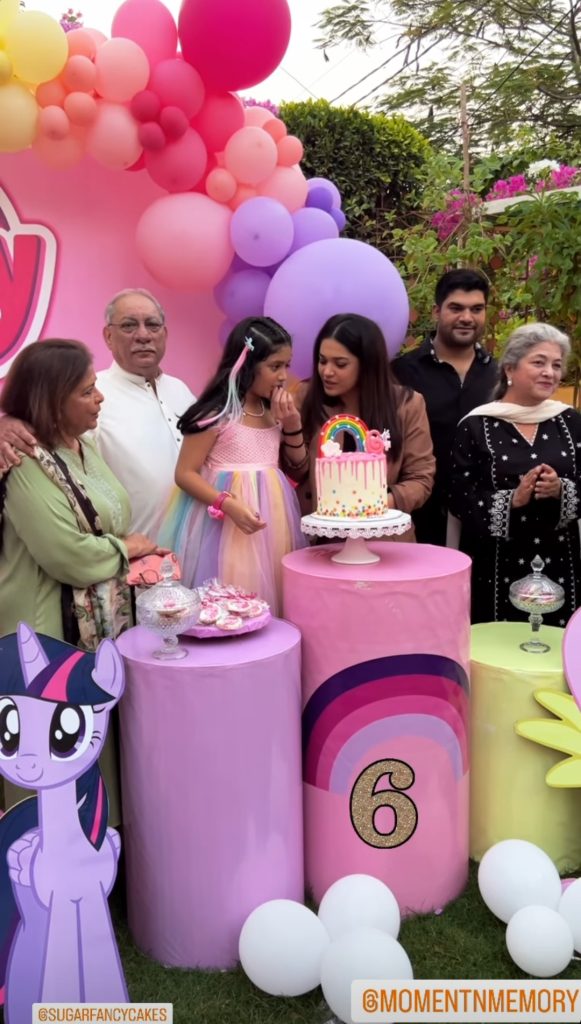 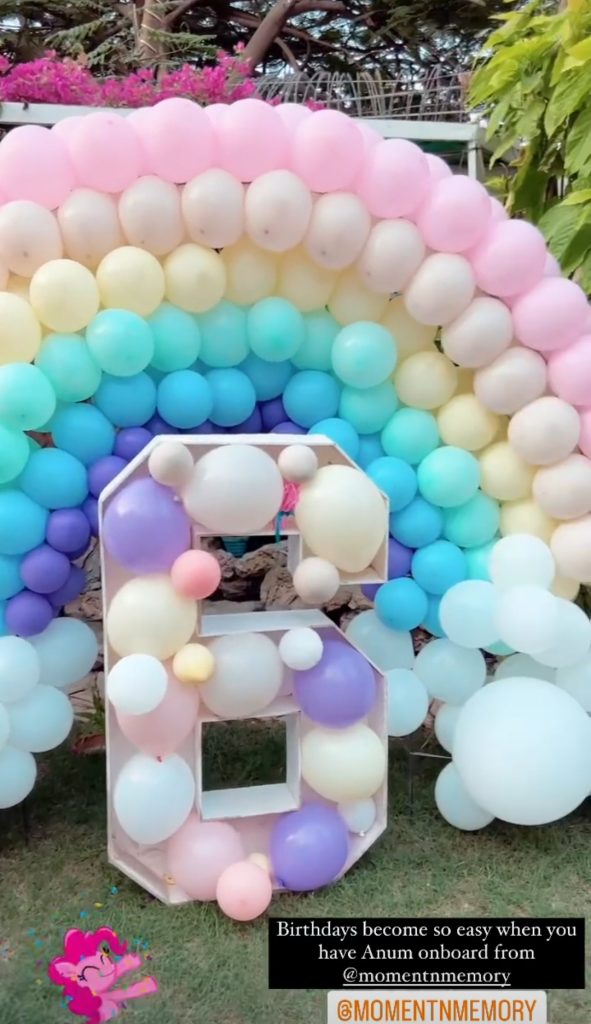 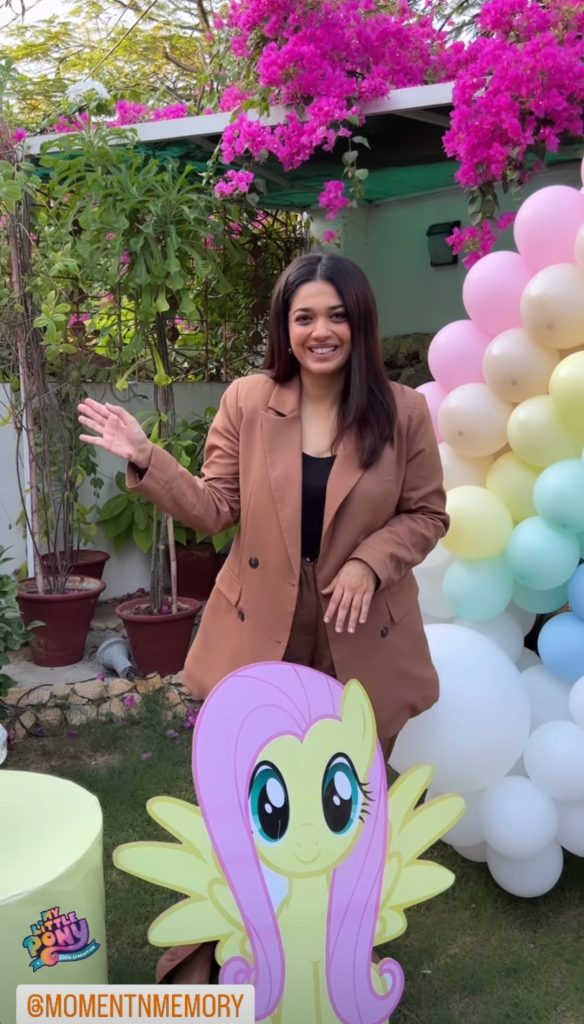 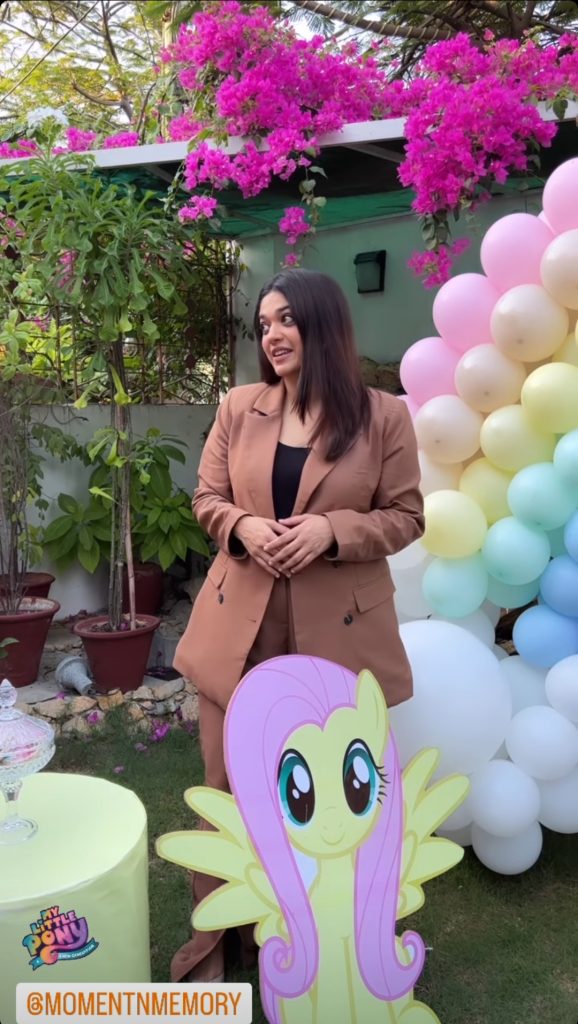 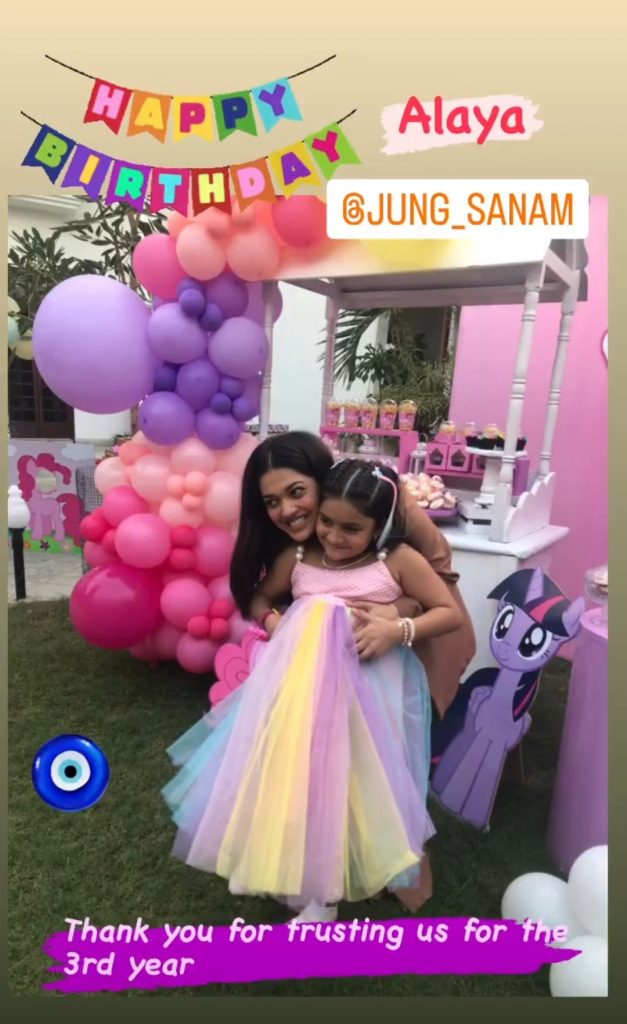