Prime Minister Mian Nawaz Sharif has announced a fund for film revival and welfare of senior artists. This is a good news for the industry and finally government has realized its duty towards cultural development. 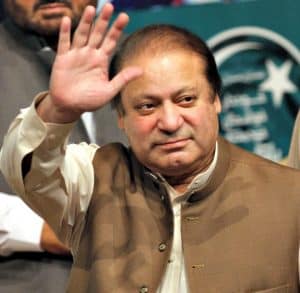 “Directions of the Prime Minister regarding Pakistan’s Film Industry

Art and artists are those trustees of the bright traditions of the Pakistani society which have played a significant role in keeping alive the national identity, culture and heritage at the global level besides carving a niche for Pakistan among the alive and conscientious nations.

Reviving the film Industry was the our top most obligation. It gives me immense pleasure to announce the biggest ever special package in the history of Pakistan for the artists and workers associated with this industry which surely is the fulfillment of yet another promise like our other pledges. Unfortunately Pakistan and its self-respecting people have witnessed heinous acts of terrorism in the streets, mosques and public places during the last many years. But by the grace of God owing to the sacrifices of our valiant forces and security agencies and unswerving determination of the nation, terrorism has been stopped in its tracks and incidents of terrorism have been considerably reduced.

The recent history is witness to the fact how enemies of Islam and the country targeted the innocent minds with misleading concepts which promoted terrorism in the country. The comity of nations interpreted our distorted identity according to their own perceptions.

The youth who are the future of this country remained captive of a scary mindset. To extricate the youth from that horrible situation and terrorism, we are trying to provide alternate avenues of entertainment to them. We are aware of the fact that quality entertainment revolves around availability of playing fields, recreations parks, tourism and cultural activities, the nucleus of which is the revival of the film industry.

Today I feel proud to accord status of Industry to the amorous body of films on the recommendations of the Ministry of Information, Broadcasting and National Heritage, which is the continuation of the policy that we announced in 1992. Apart from this, relaxation in financial laws pertaining to films and exemption from taxes should also be given. The domain of art and literature includes all those honorable people we call writers and poets. A comprehensive package will also be prepared for these honorable personalities and fine arts. Under this package National Film and Broadcasting Commission, National Film Institute and an Academy will be established that will have a studio equipped with latest technology and gadgets compatible with the requirements of the modern times. For the welfare and financial assistance to the artists I also announce the establishment of Prime Minister’s Artist Welfare Fund so that the dignity and self-respect of these talented individuals could be safeguarded.

Each nook and corner of this land of the pure testifies to the beauty of God. In this context the foreign film makers will be given special concession for making films on cultural, historic and tourists spots so that through this medium tourism at the national and international level can be promoted.

Special concession will be given on the import of equipment related to the film industry so that the bright and beautiful face of Pakistan can be shown to the world and the Pakistani film producers have all the facilities available at home for which they have to go abroad. We have to go even beyond this with a view to ensure that every person connected with this industry is duly encouraged. In this context the government has decided to accord complete exemption on entertainment tax. More concessions will be made in regards to the income related to film and entertainment. Special benefits and concessions will also be allowed on investments in such ventures which help in introducing our dignified past, exemplary heritage, worth emulating culture, distinguished literature and infallible beauty of tourism to the youth who are architects of our future.

To help the film and Broadcasting Industry and the fine arts I announce the institution of Prime Minister’s Film Finance Fund which I am sure is a rare step. I am sanguine that the inclusion of the film and Broadcasting Industry in the national milieu will give further boost to the Pakistan economy which is already striding on the path of sustained economic development.
I am confident that these steps taken at the level of the government will go a long way in removing the difficulties and impediments connected to the film Industry. I am also proud of the fact that our land has produced such personalities in the field of fine arts whose imprint will help different nations to move ahead for all times to come. I am hopeful that our youth, like in other fields, will spare no effort to make their contribution in the domain of films to win laurels for Pakistan. In this endeavor they will always find the elected government standing with them. I direct the Ministry of Information, Broadcasting and National Heritage to present this package in implementable form for the approval of the government, after consultations with the Ministry of Finance and other relevant institutions.”

The package is based on recommendations by the Ministry of  Information, Broadcasting and National Heritage, and the PM has directed the ministry to present a draft in consultation with the Ministry of Finance and other relevant departments to the government for approval.

Whether the packages reach the said parties or not time will tell. For the time being it is a good news for film industry and artists.