Waar is a film which changed Pakistani film scene not only content wise but economically too since it went out to become the highest grosser and collected a decent amount at box office in the days when no one went to watch Pakistani films. The recently released Punjab Nahin Jaongi has not only got great reviews but is also a huge box office success. 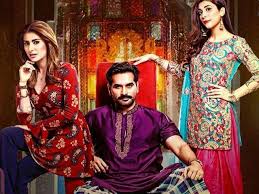 It has managed to beat Waar’s collection and is still in the market. With the kind of business Punjab Nahin Jaongi has put forward, it is a matter of days that the film will go on to become the highest grosser of Pakistan beating Actor In Law and Jawani Phir Nahin Aani. The film has uptill now earned 38 crore rupees and Humayun Saeed celebrated this by throwing a party in London. On the other hand Na Maloom Afraad 2 has also managed to get the status of super hit.