Everyone is aware of the drama that went down between Amir Khan and Faryal Makhdoom when the couple split in an ugly fight on twitter. The issue kept getting uglier when the accusations of infidelity came followed by social media hacking stories and Amir’s alleged affairs with two women in a short period of time. The last blow was Faryal announcing her pregnancy on social media with Amir claiming he knows nothing of it and the divorce will take place. The latest scoop is Frayal has apologized for her past feud with Amir’s family and has said that they are like her parents and she regrets saying the things she said. She posted this on her twitter and from the post it seems like the couple is back together. 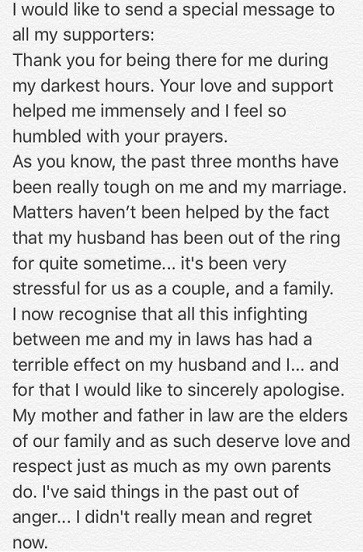 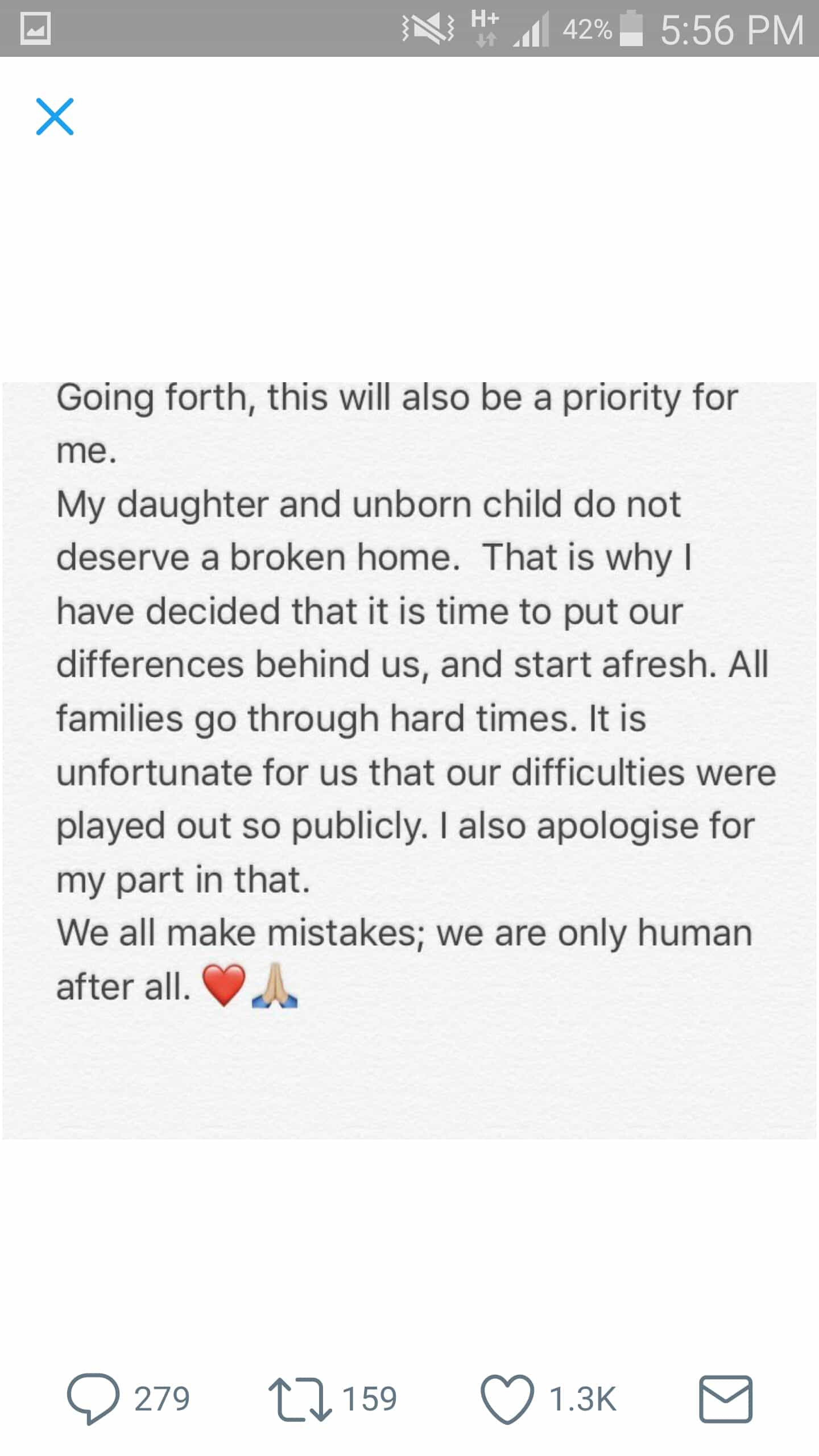 Amir has not confirmed the patch up yet so can’t rely on this since he says something on the topic!