Sadaf Kanwal has done a lot in her career at a very young age and in relatively a lot fewer years than her peers. She is one of the top models in the industry right now and has stepped in films and dramas too. She made her debut with Balu Mahi and we also saw her in a song in Na Maloom Afraad 2. She will soon be seen in Alif which is a very anticipated play.

Sadaf Kanwal was in London and the model was giving some major style vibes. Sadaf Kanwal has one of the best street styles of the Pakistani entertainment industry and she always manages to look flawless in jeans, bomber jackets and dresses. Here are some clicks from her recent trip: 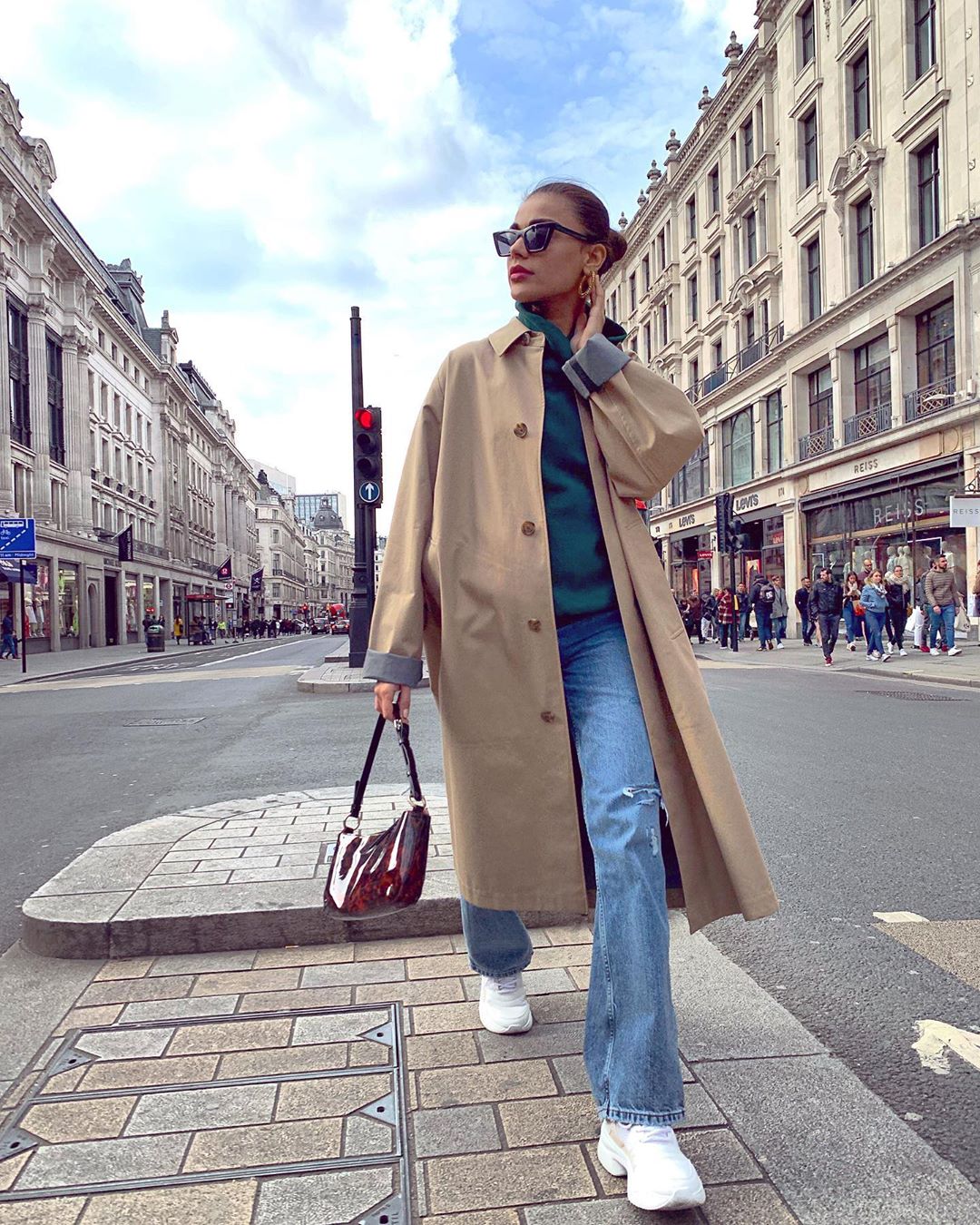 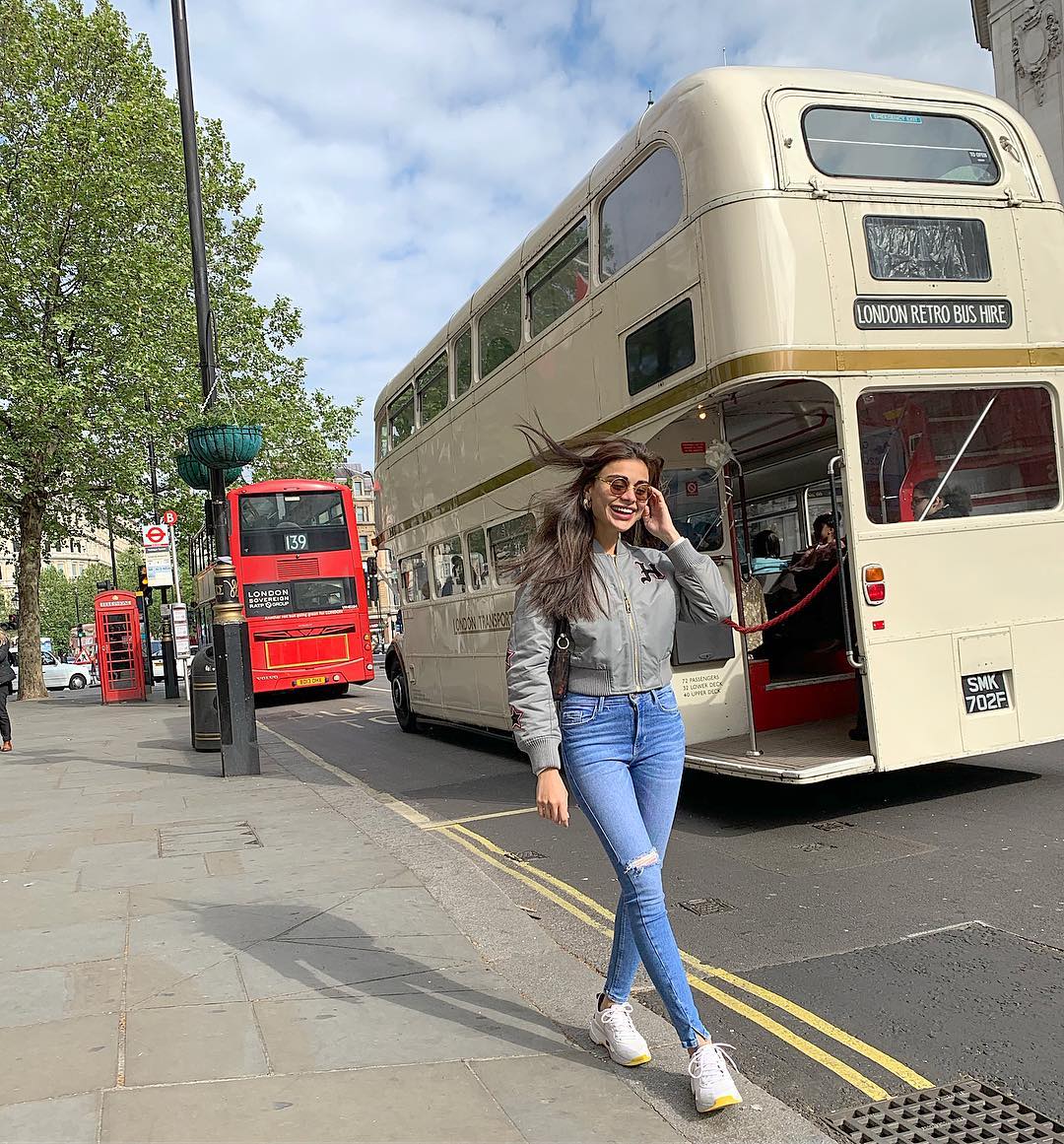 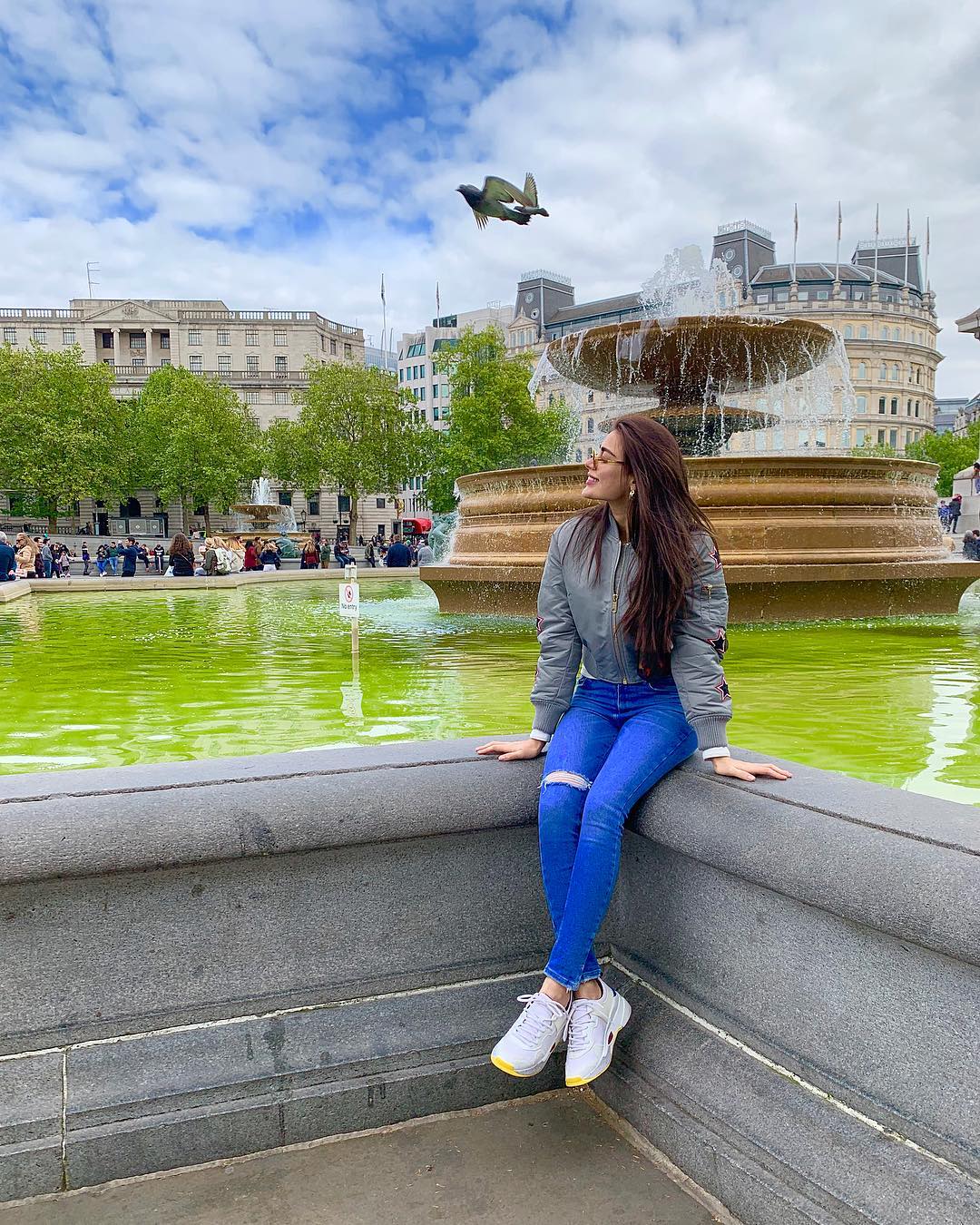 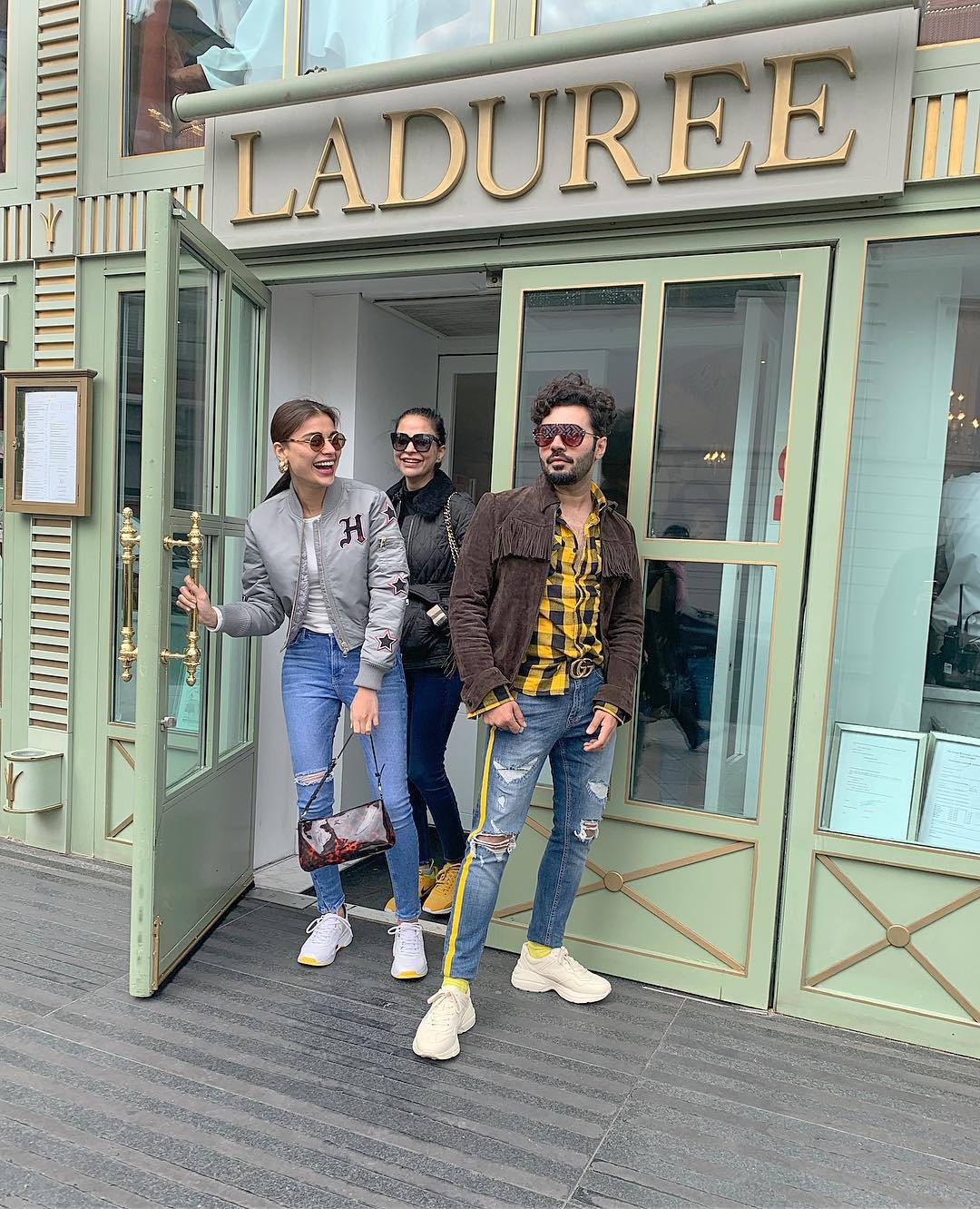 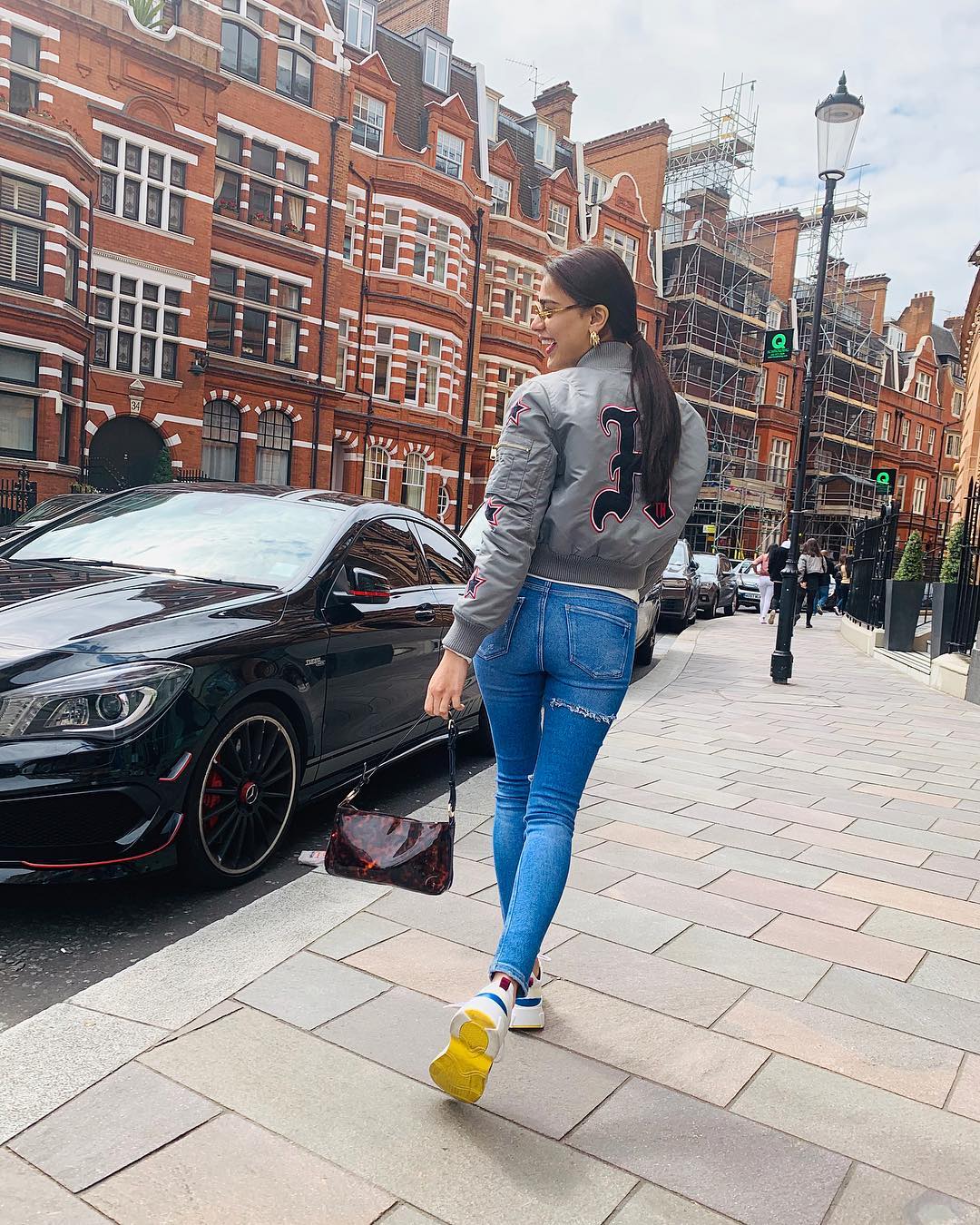 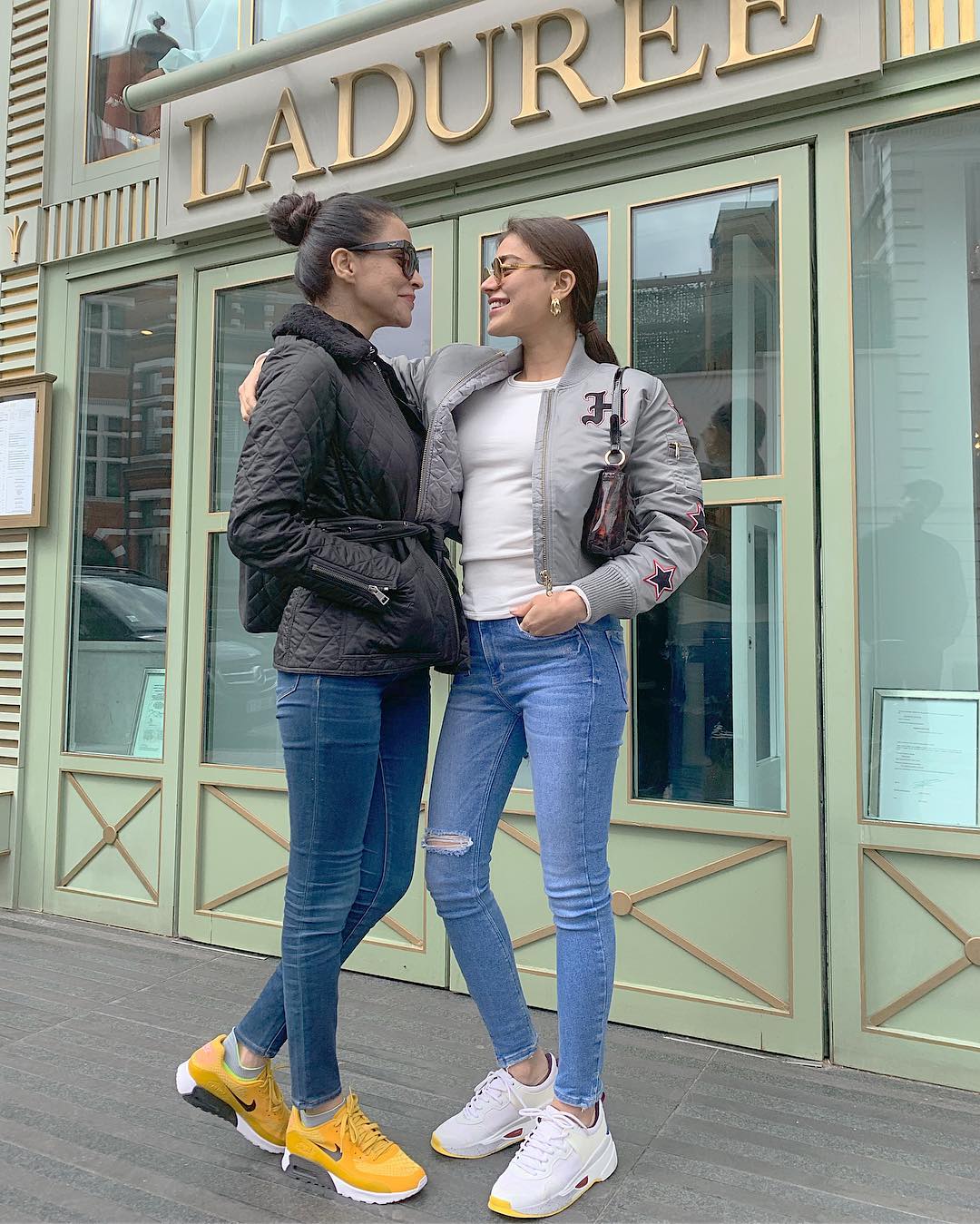 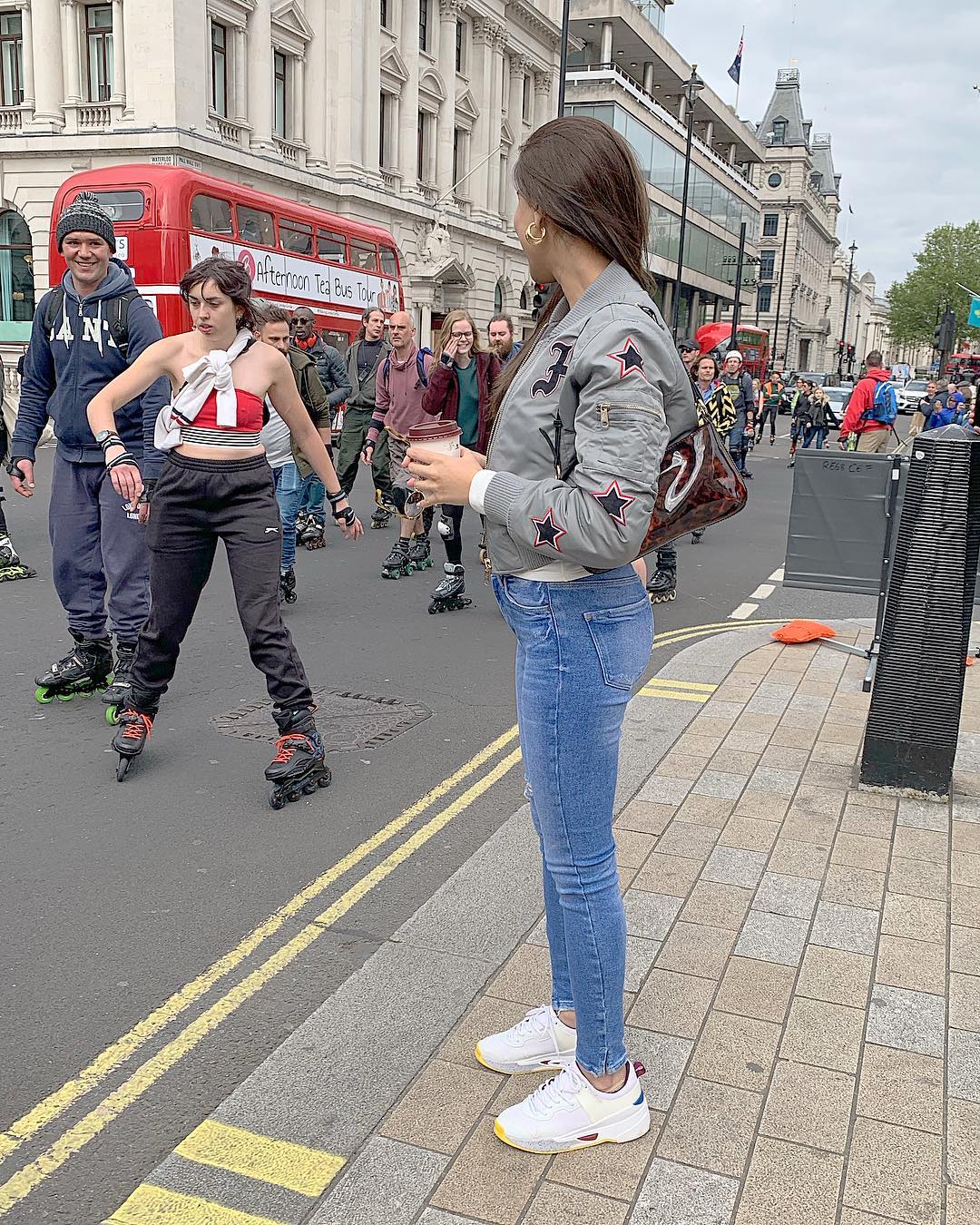 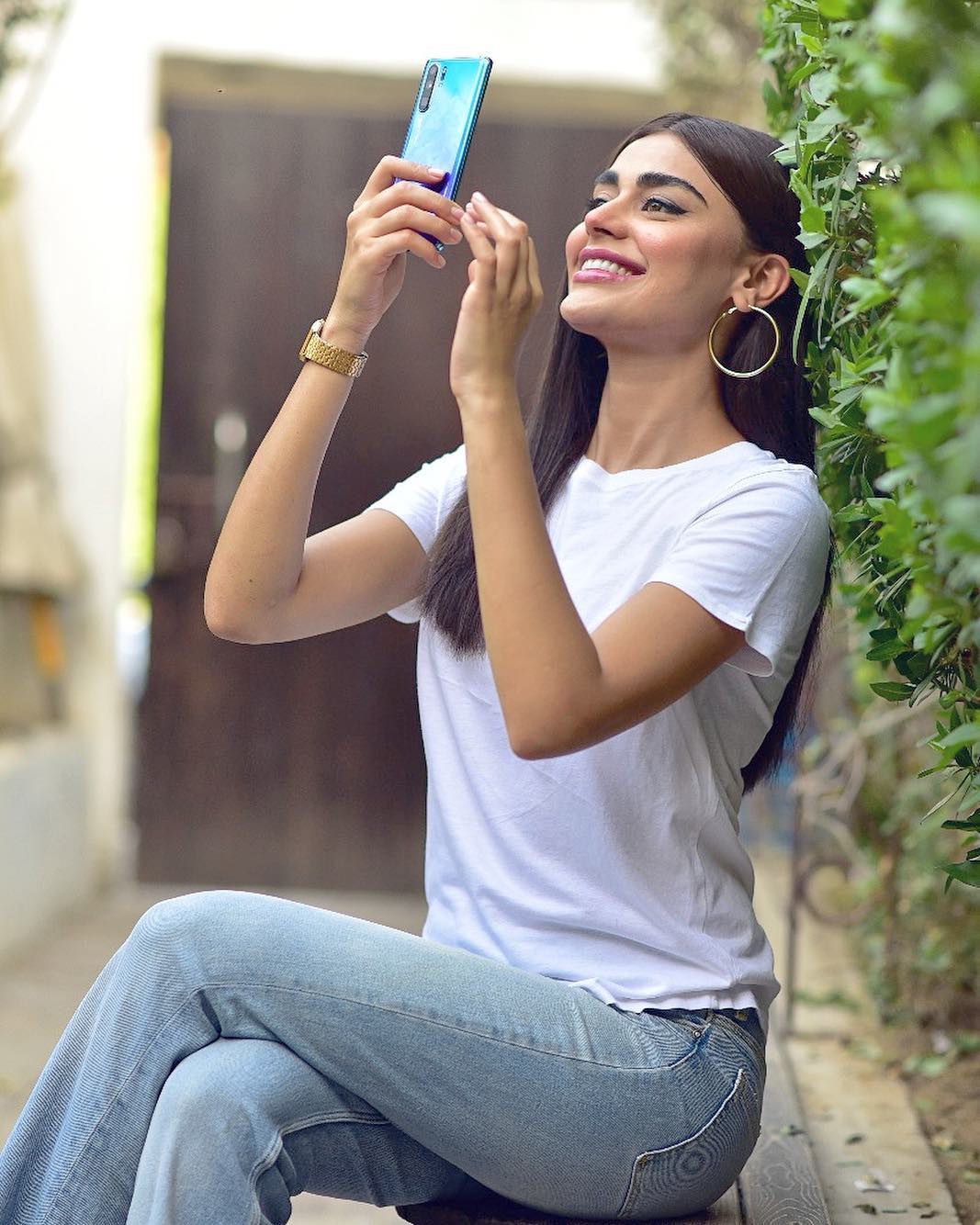 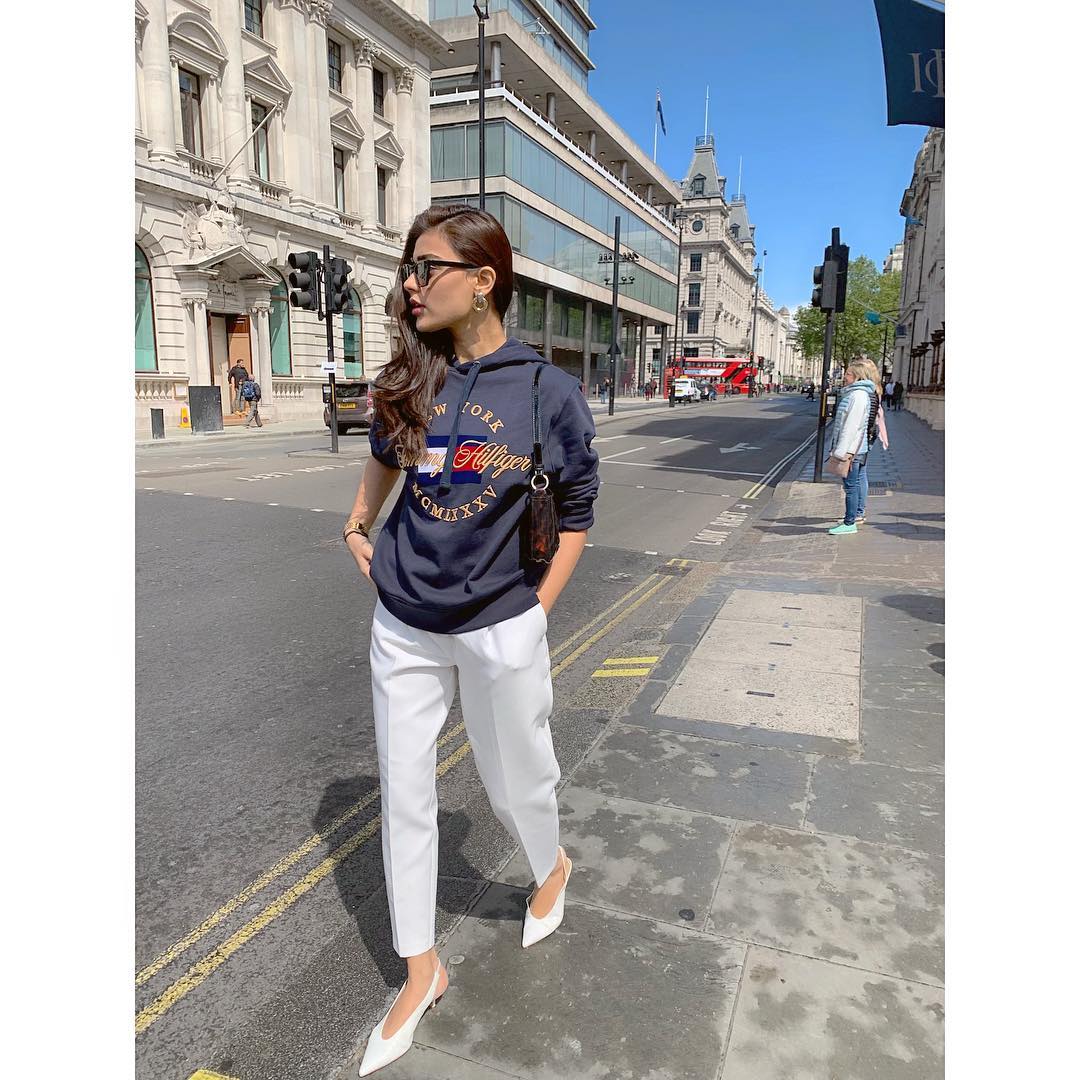 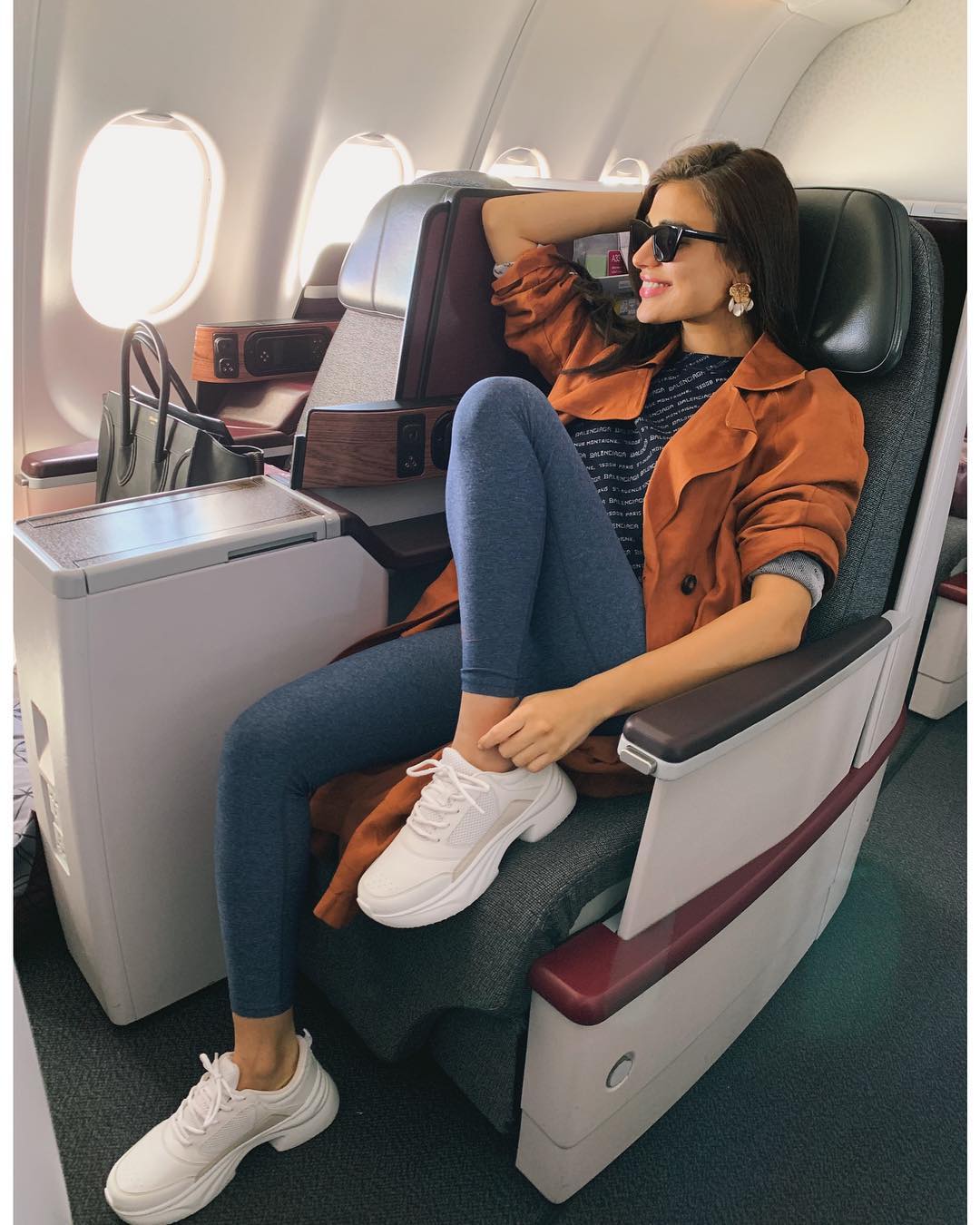