Zarnish Khan is versatile Pakistani actress who has command over her craft, she can ace both positive and negative characters brilliantly. Her acting in Ishq Zahe Naseeb was adored by her fans. In drama serial Jo Tu Chahay, she essayed antagonistic role and did justice with it. Zarnish has been part of various hit projects so far. Her famous dramas are Ishq Zahe Naseeb & Jo Tu Chahey. 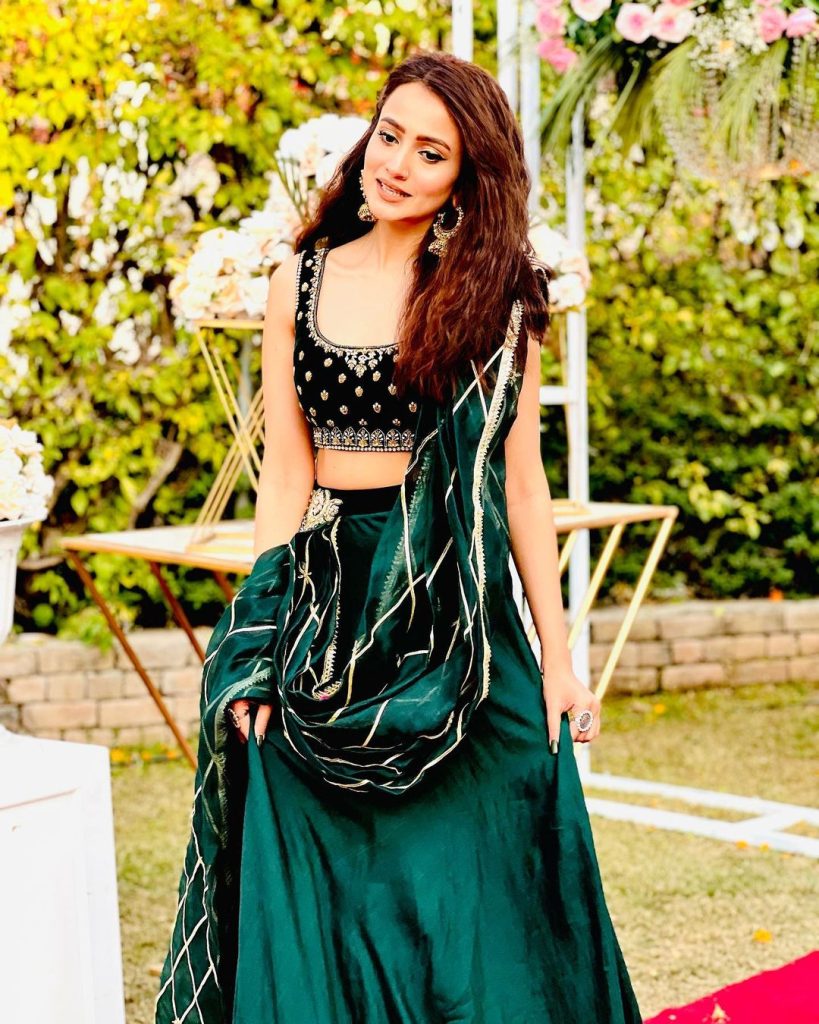 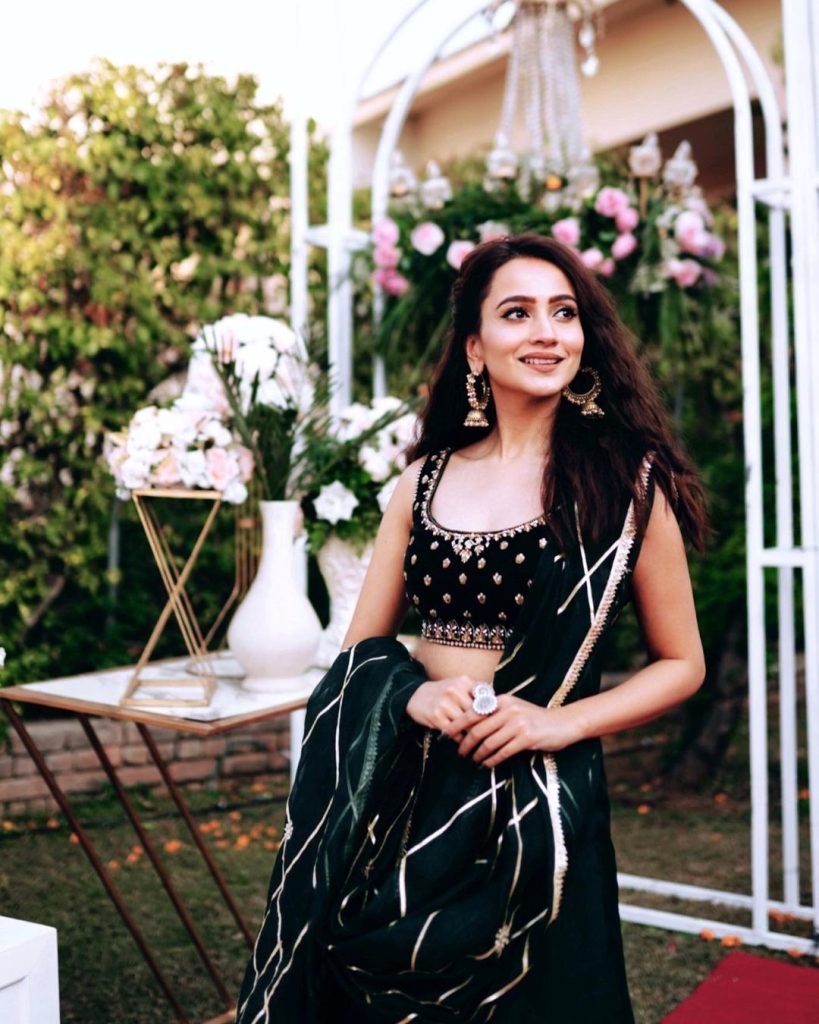 Besides her dramas, Zarnish Khan often remains in news due to her dance,singing and BTS fun videos. Fans sometimes love her fun videos and sometimes they clearly show their displeasure over her videos. 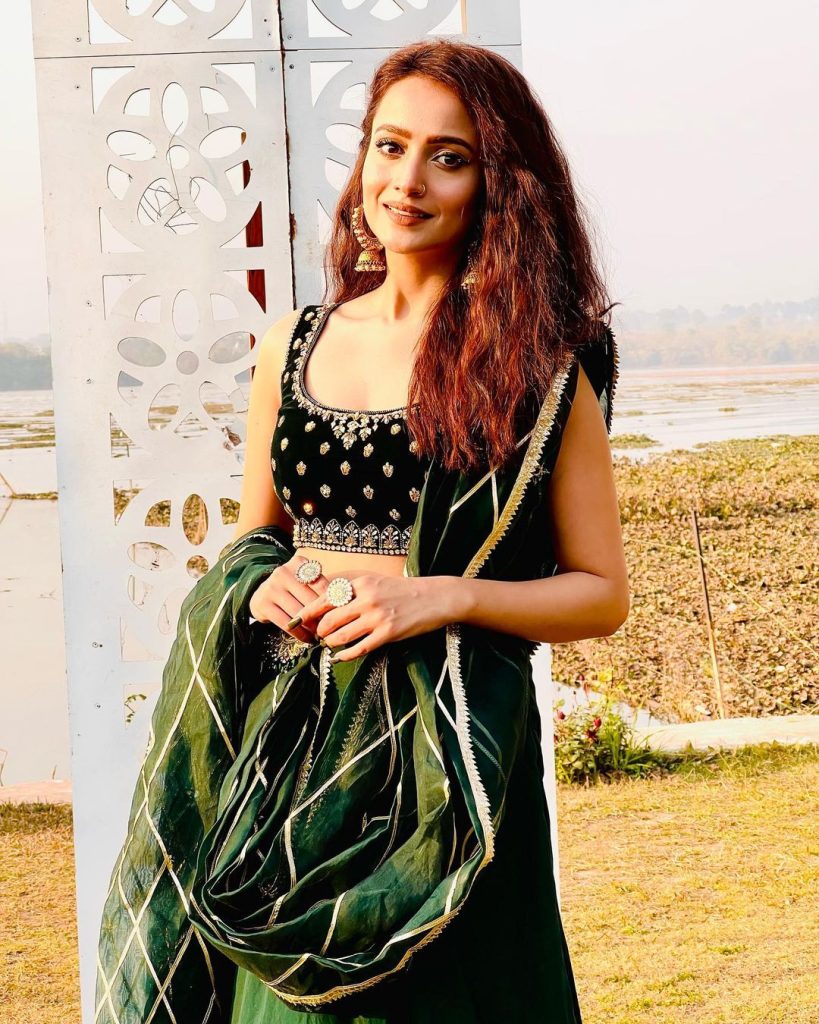 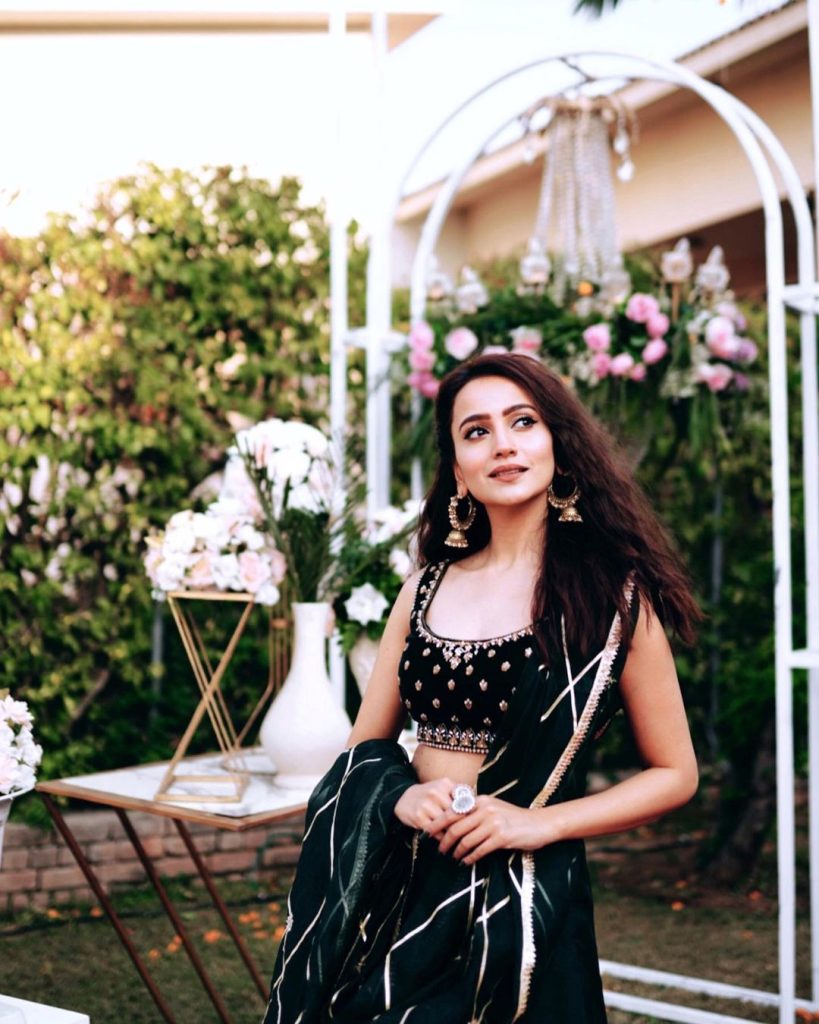 A few days ago, Zarnish attended a beautiful wedding from her family, she danced on the event which brought a lot of backlash, today, she again posted a video from the wedding. Fans are not happy on her heated dance moves, they are saying that she has gone mad and dancing in over excitement. They also said that Zarnish is getting over day by day.

Here are the comments of people. 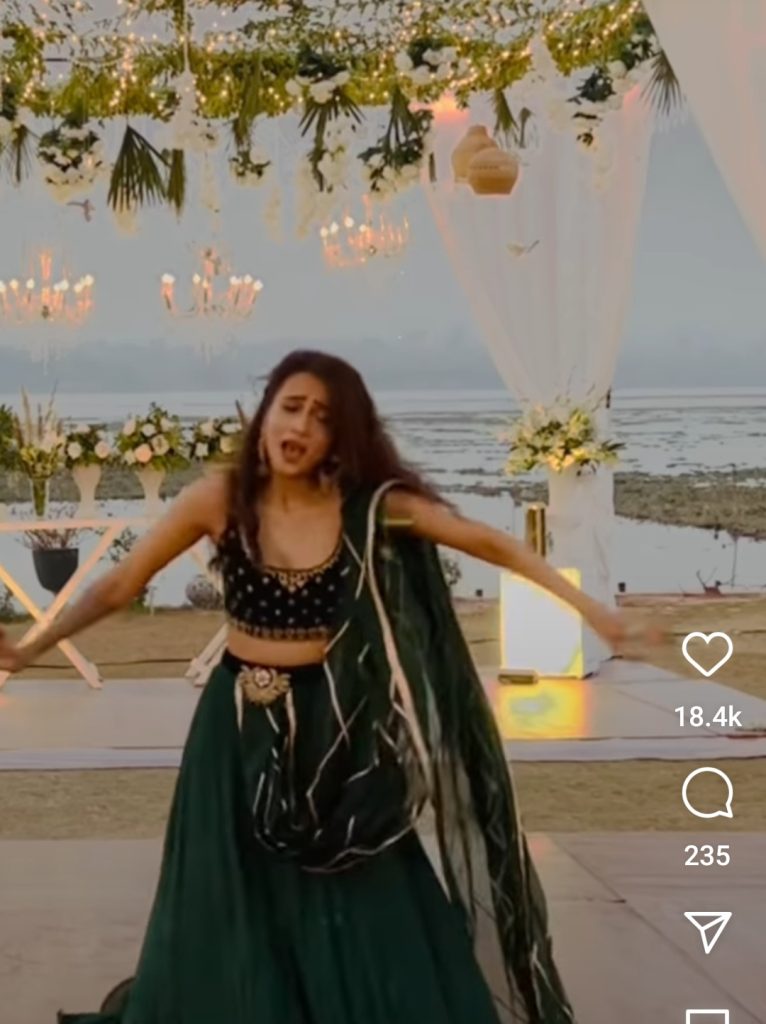 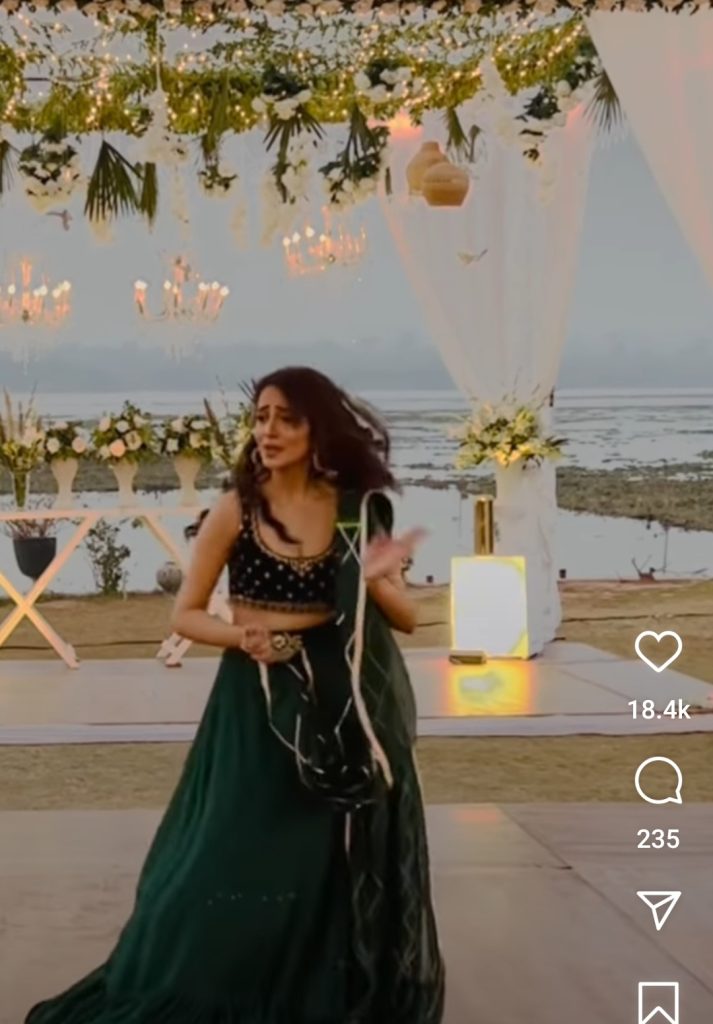 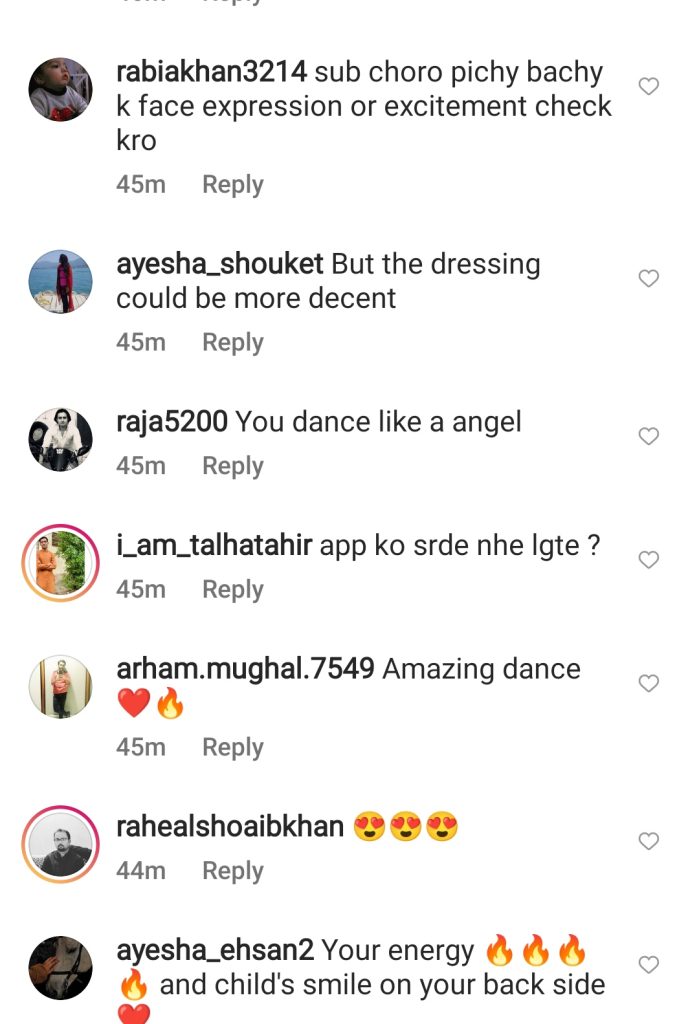 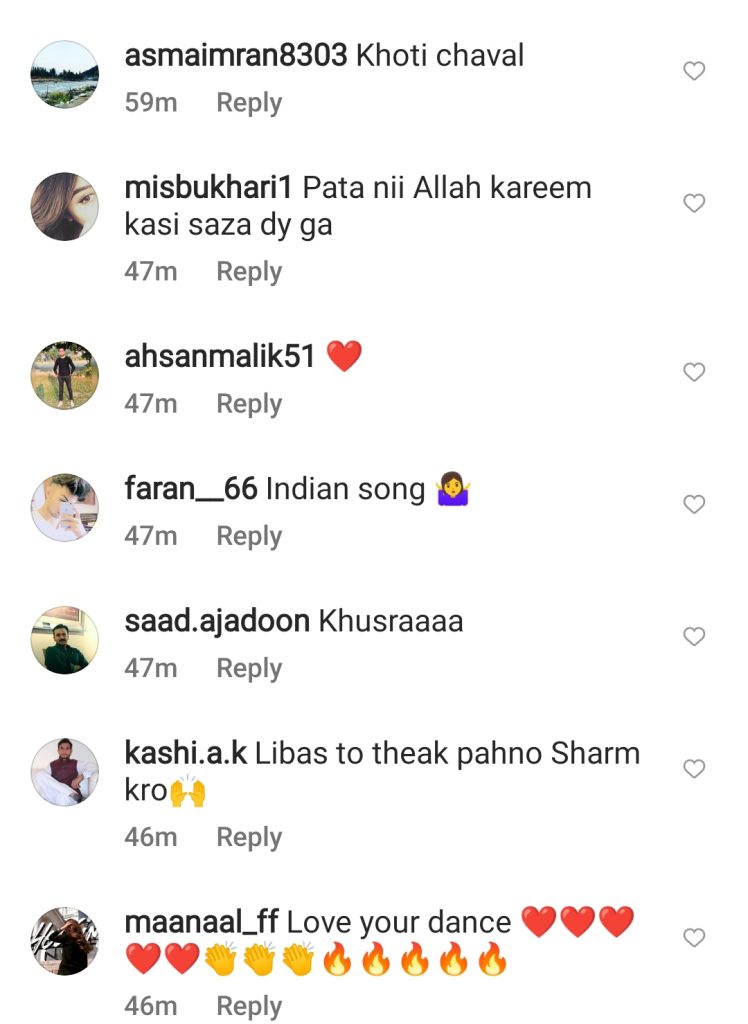 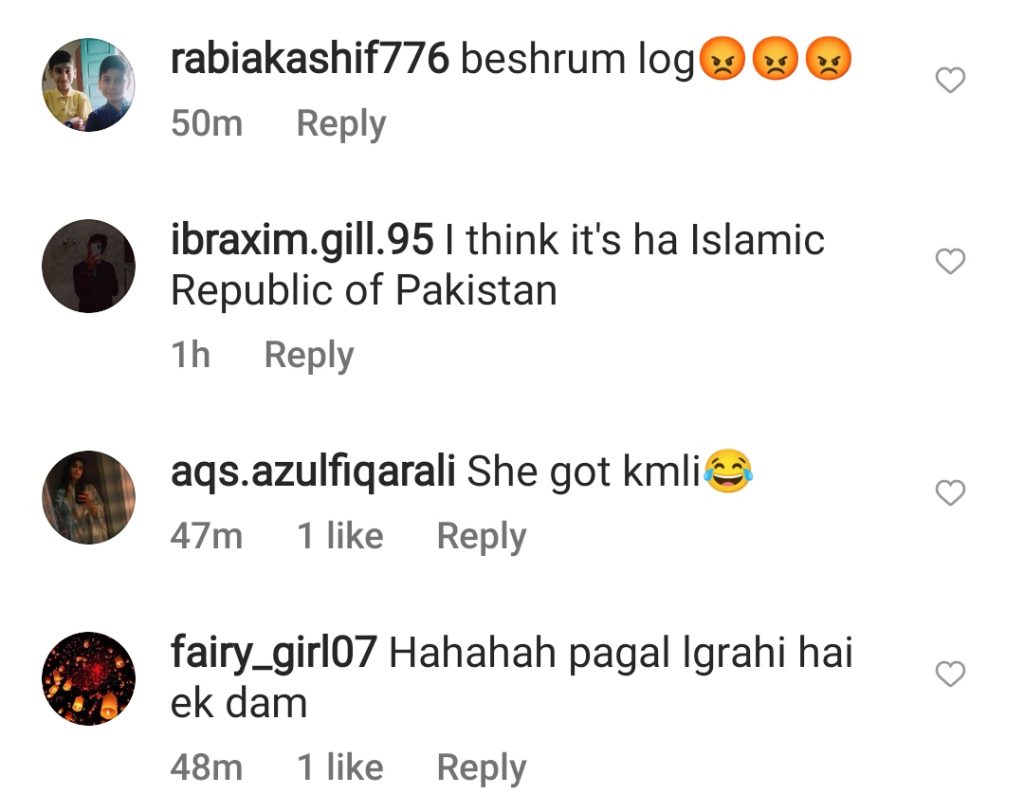 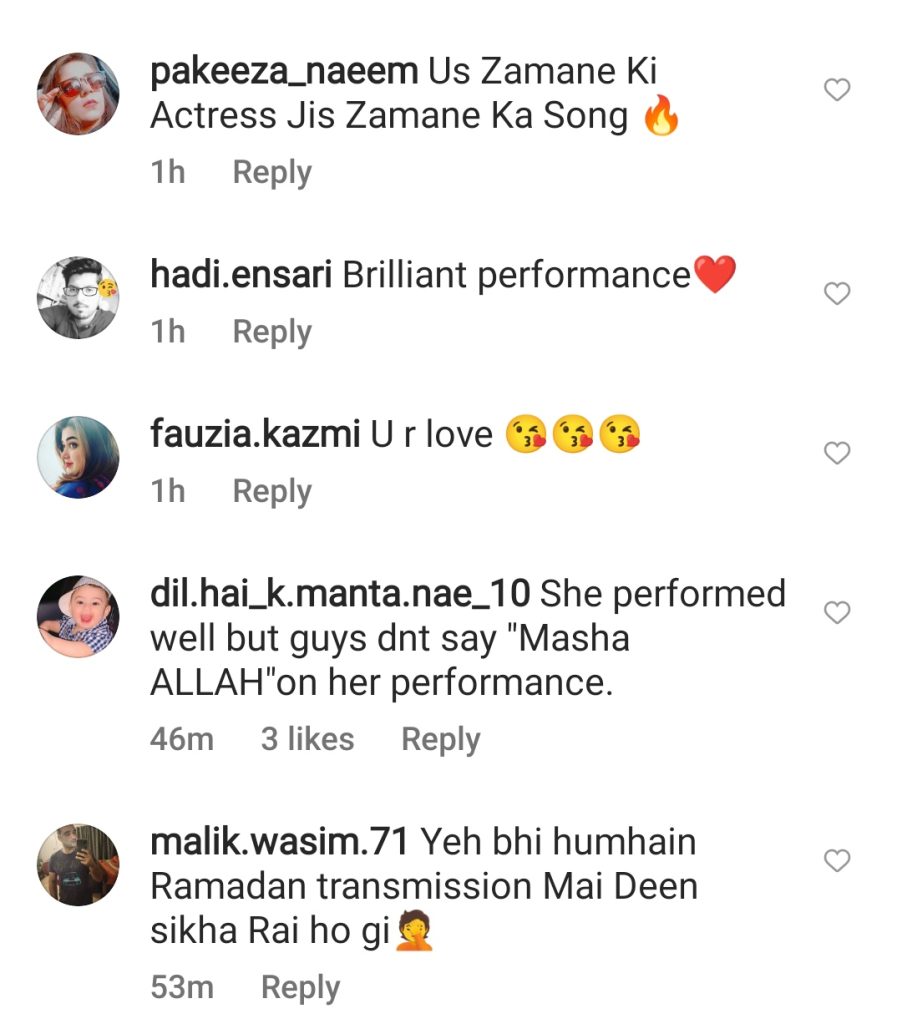 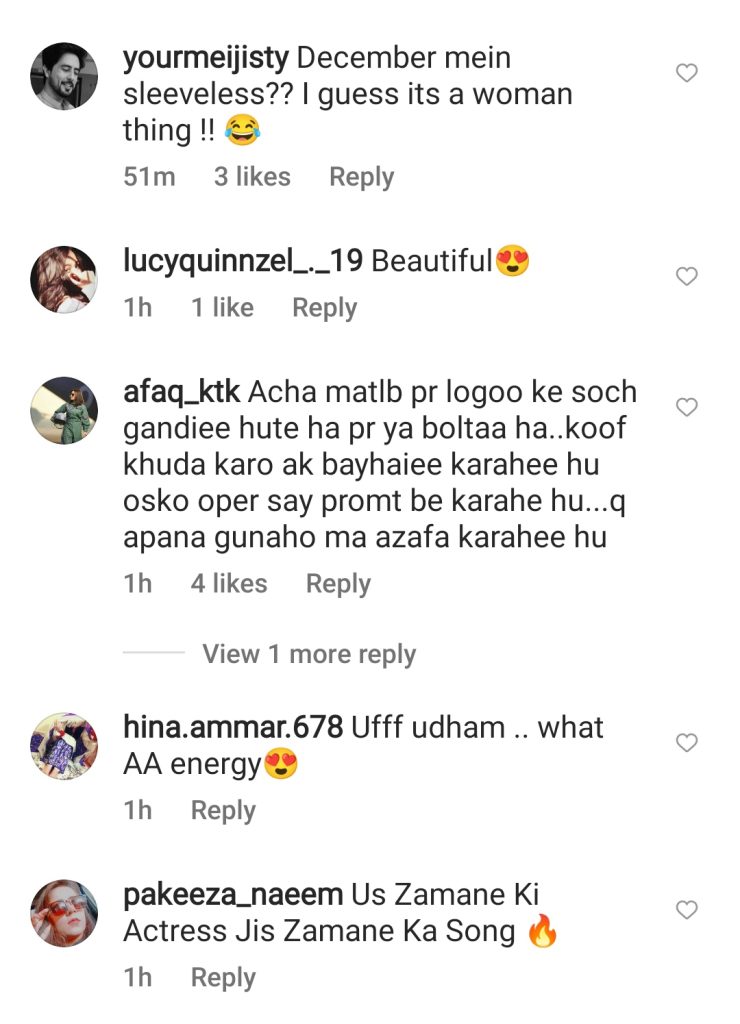 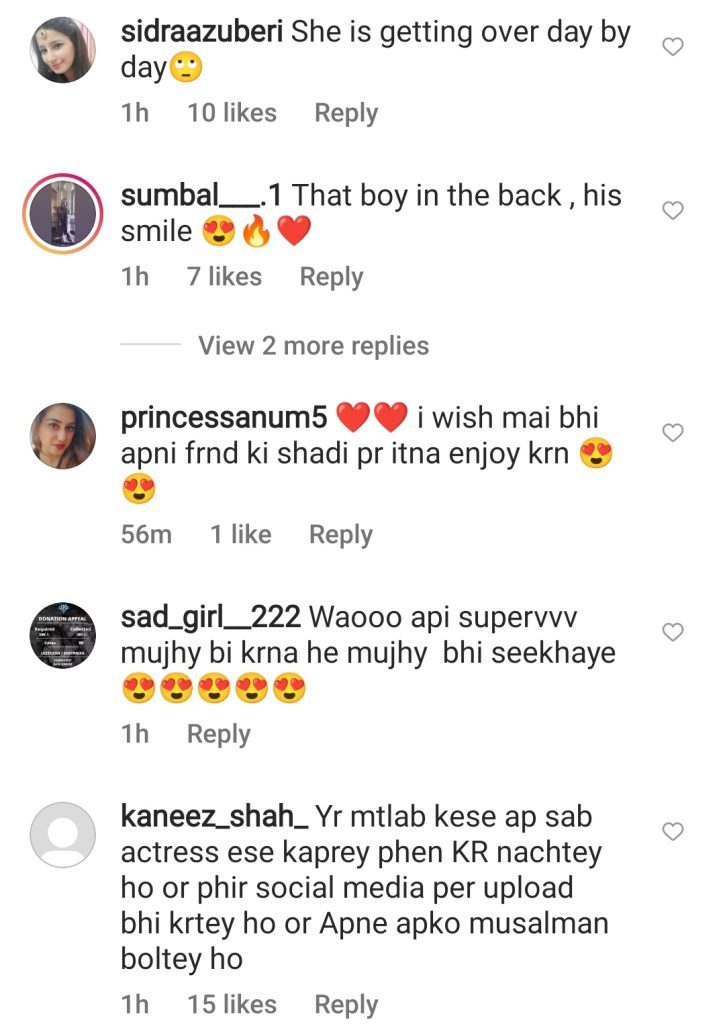 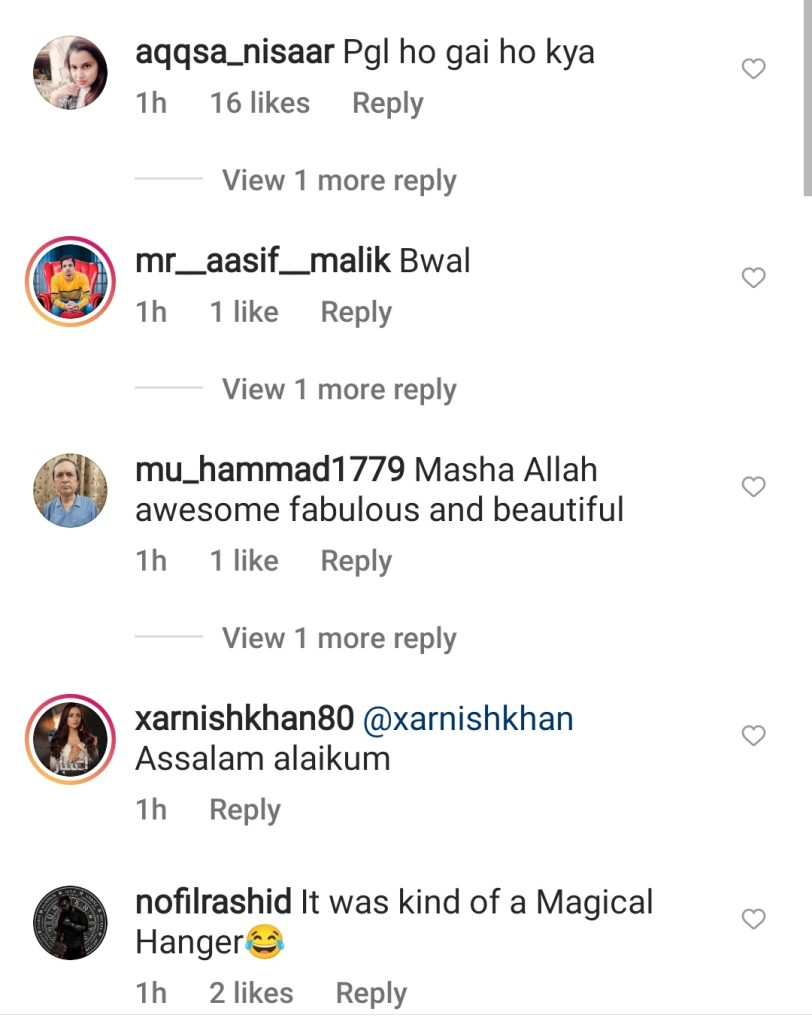 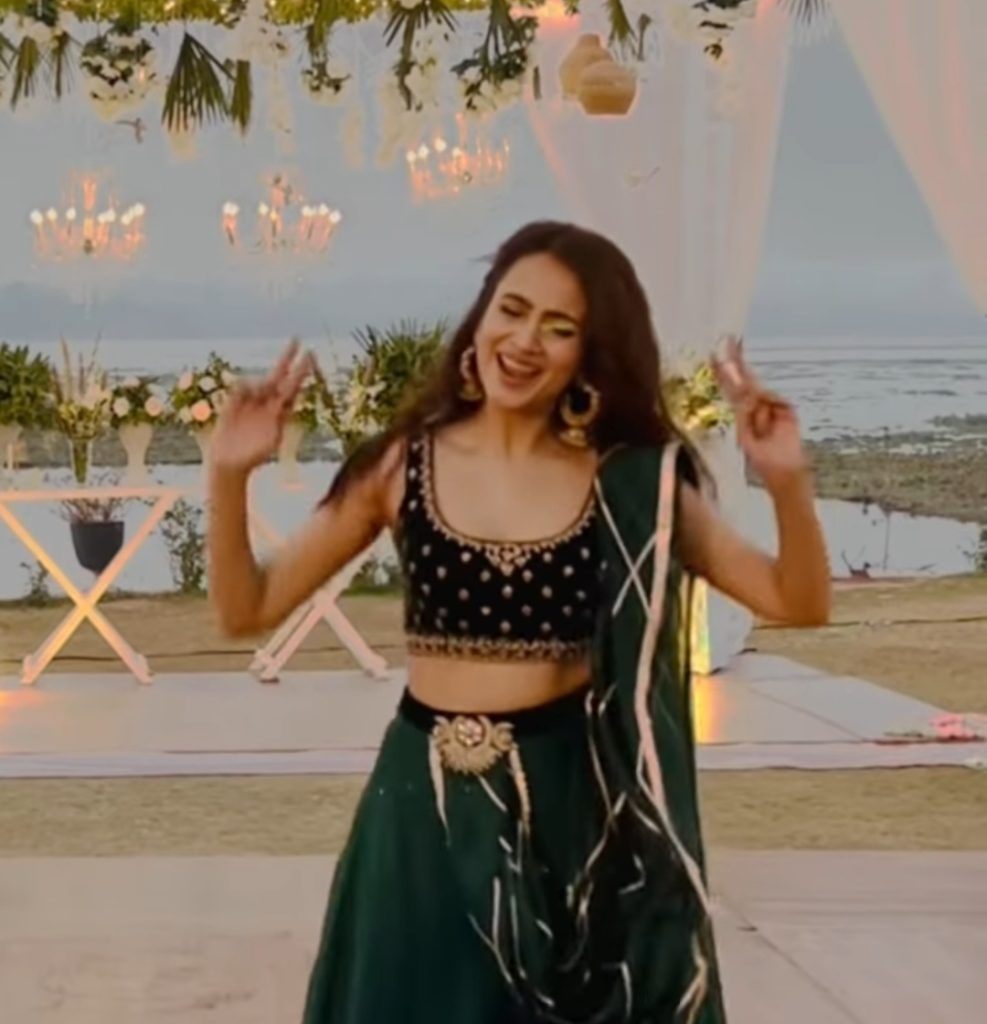 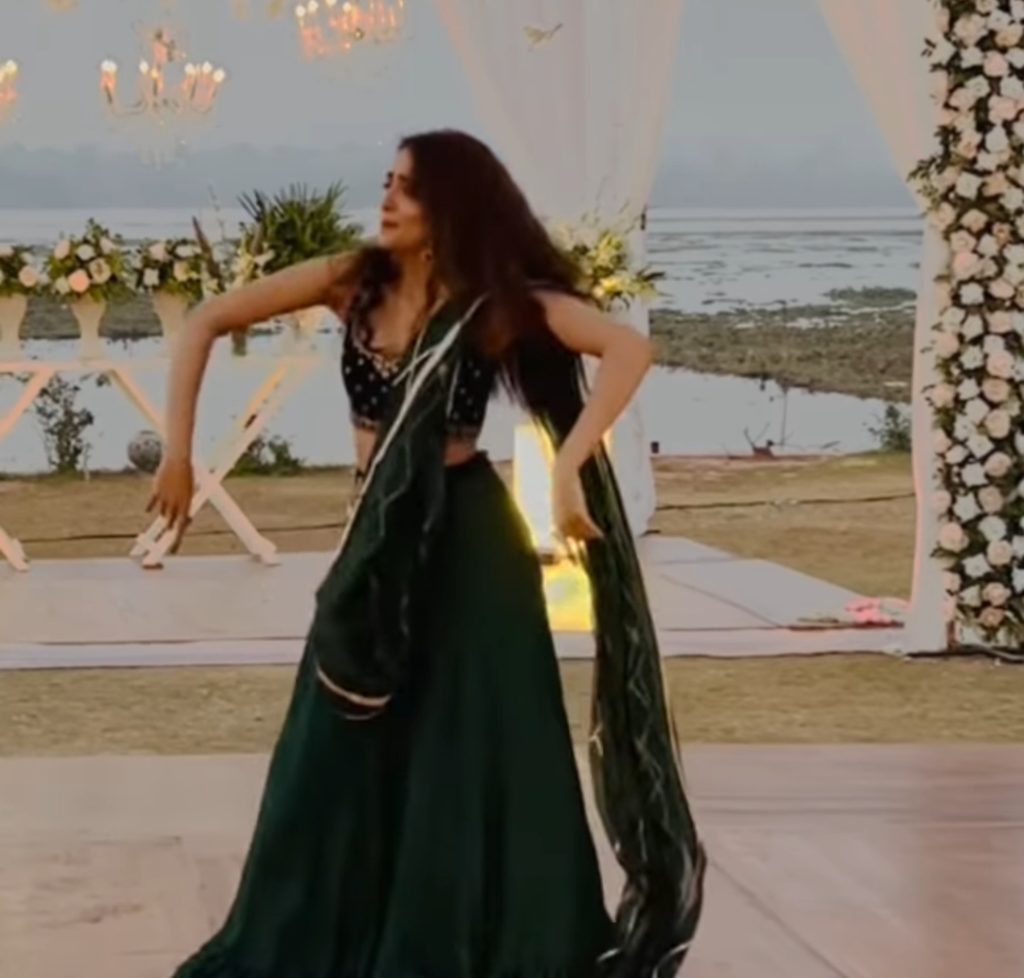 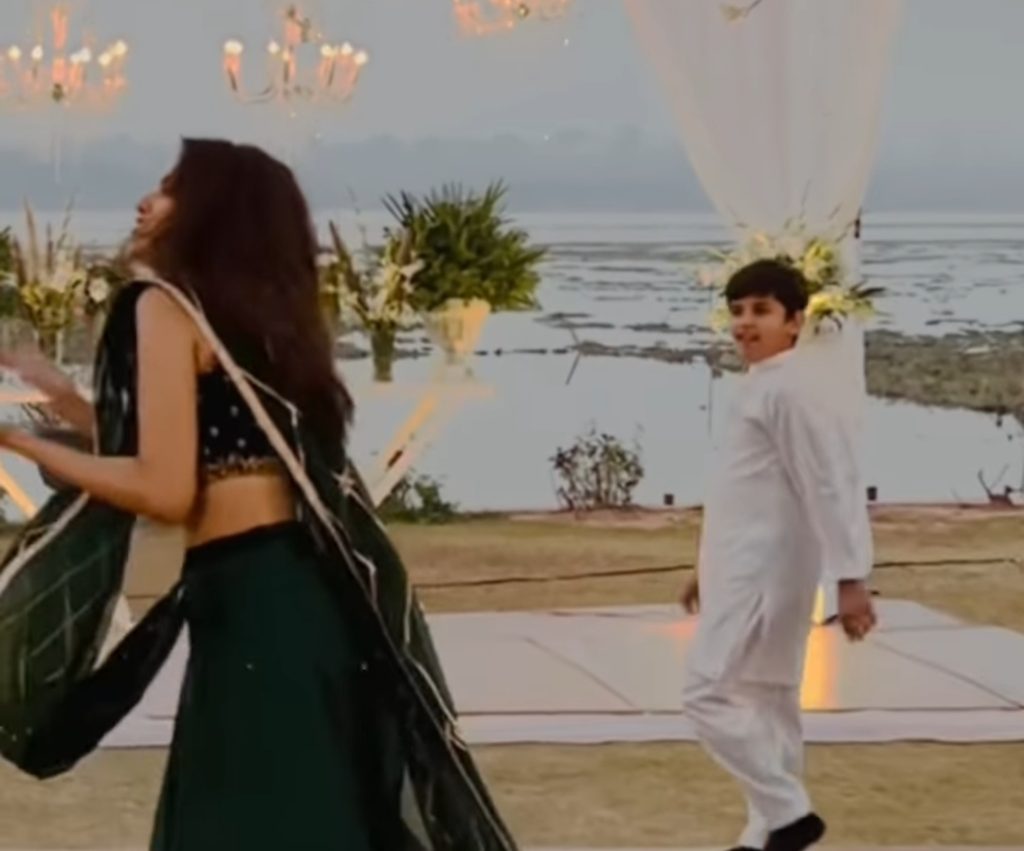