Ms. Marvel is an upcoming American television Series created by Bisha K. Ali. The Mini Series will be streaming on Disney+, the story of the series will be based on the Marvel Comics character Kamala Khan / Ms. Marvel who hails from Pakistan. 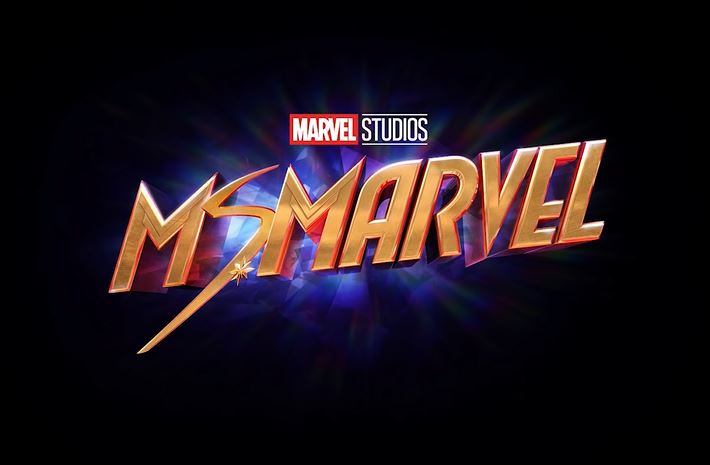 Marvel’s first ever Pakistani Muslim woman superhero character will be played by Iman Vellani. Iman will do the character of Kamala Khan, Kamala is a Pakistani-American teen based in New Jersey. The mini series will be co directed by Sharmeen Obaid-Chinoy. 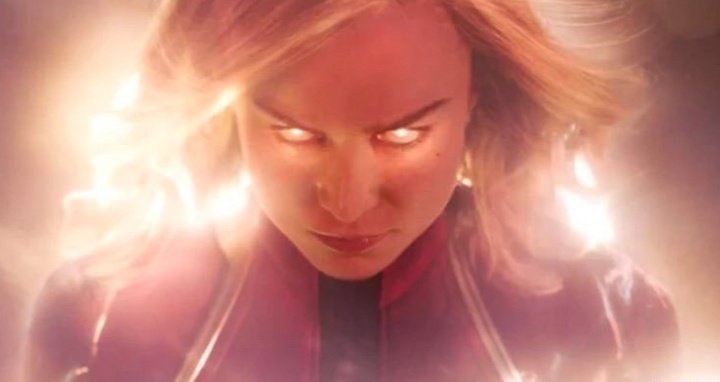 The trailer of the mini series has been released. Fans loved the trailer of the series but Fawad’s fans got extremely disappointed. Yes, his fans didn’t find Fawad Khan anywhere despite his loud and clear announcement on an interview that he will be part of Ms Marvel. 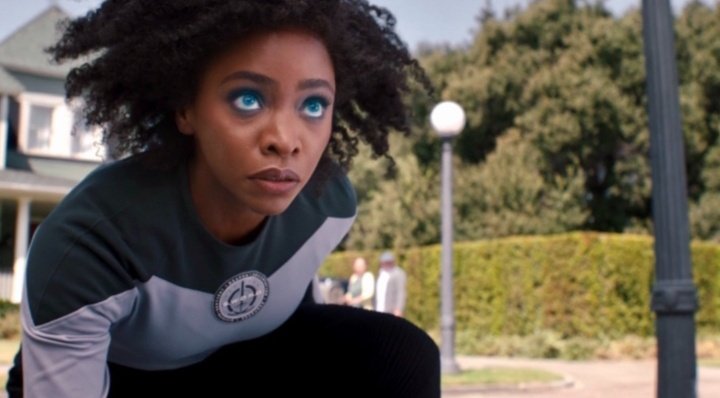 A lot of fans only saw the trailer for Fawad Khan. Many fans said that a lot of people don’t know that Marvel doesn’t reveal whole story & cast in one trailer, there will be a lot more to it. Mathira also said that there might be some more content hidden as Marvel doesn’t tell everything, however, she said that Fawad Khan is not in the lead for sure. Alot of fans speculated that Fawad Khan is doing a Cameo which is sad, they said that he is super star in Pakistan and he opts for small roles in Hollywood & Bollywood. Fans speculated that he’s probably playing Kamala’s grandfather. Fans also debated that he might be missing from the series or he will just appear for a few minutes. They also said that series is about a teenager girl and therefore Fawad would be having a little role in it. A lot of fans indulged into debates too. They said that it will be sheer disappointment if he won’t appear in it. Here are all the tweets and comments. 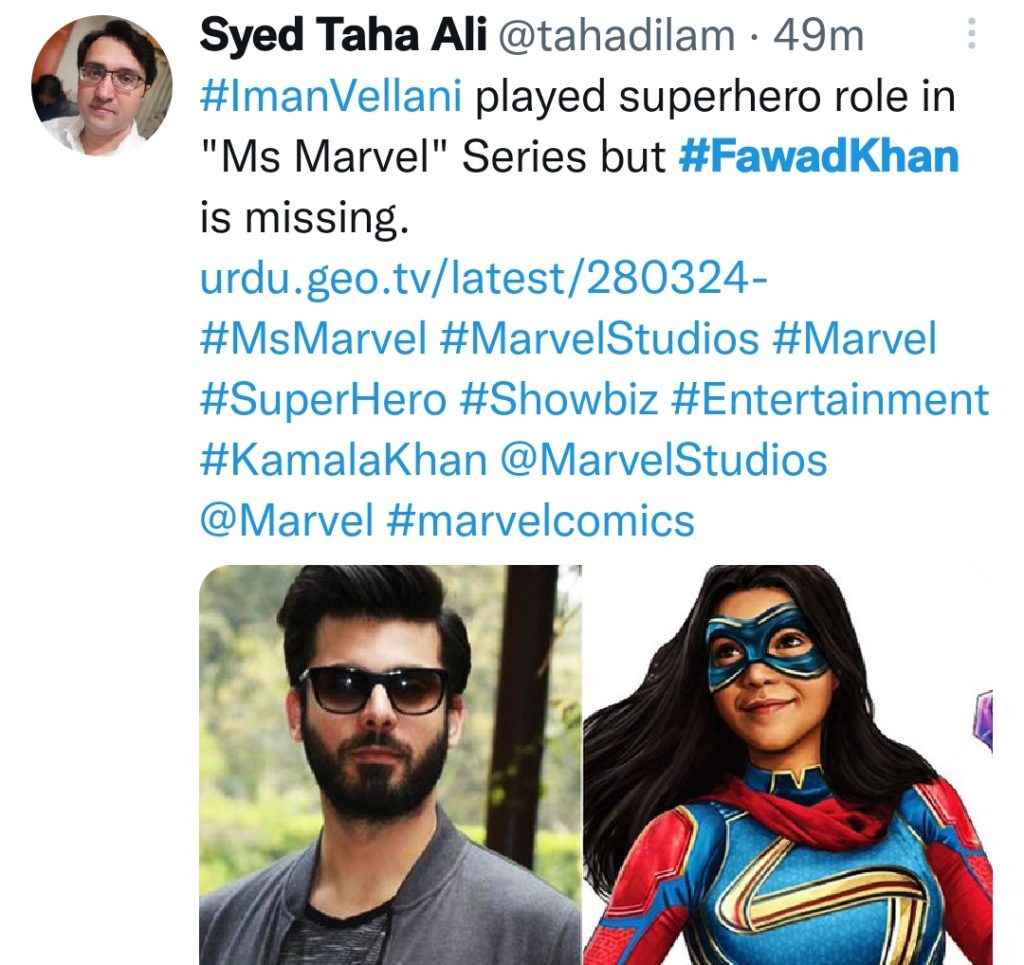 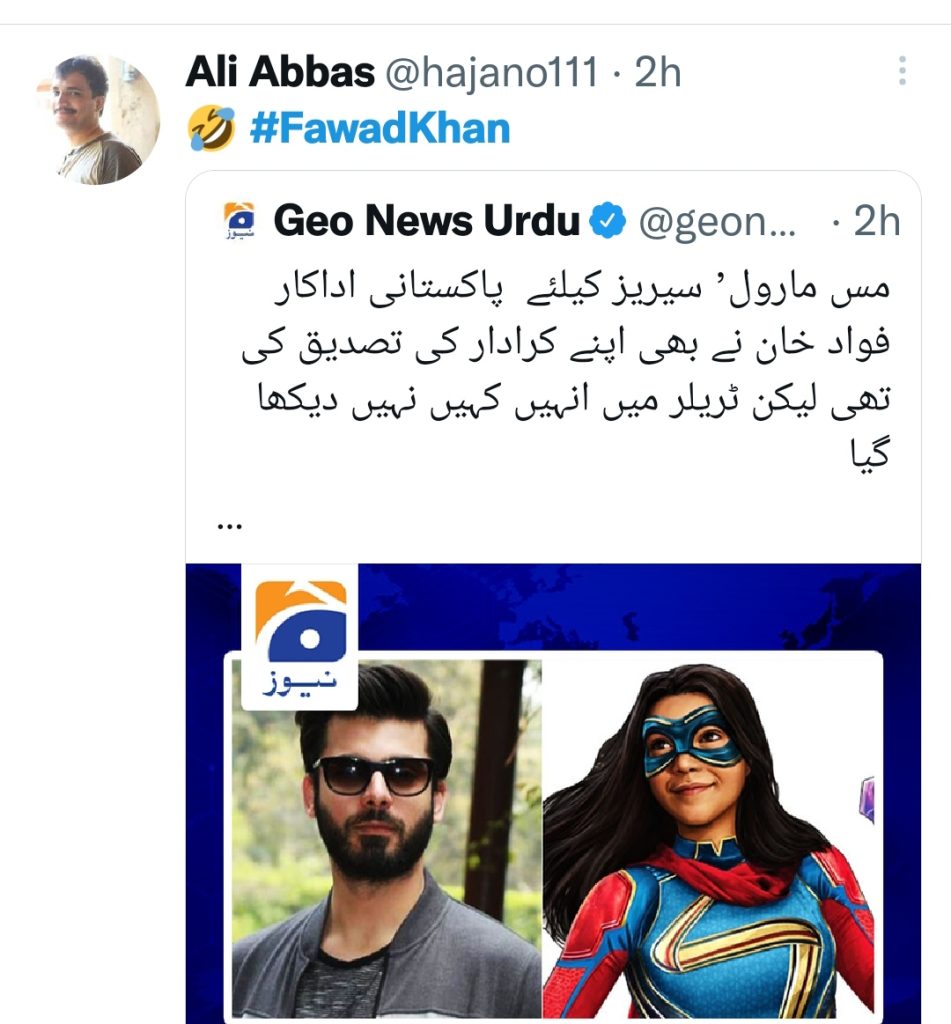 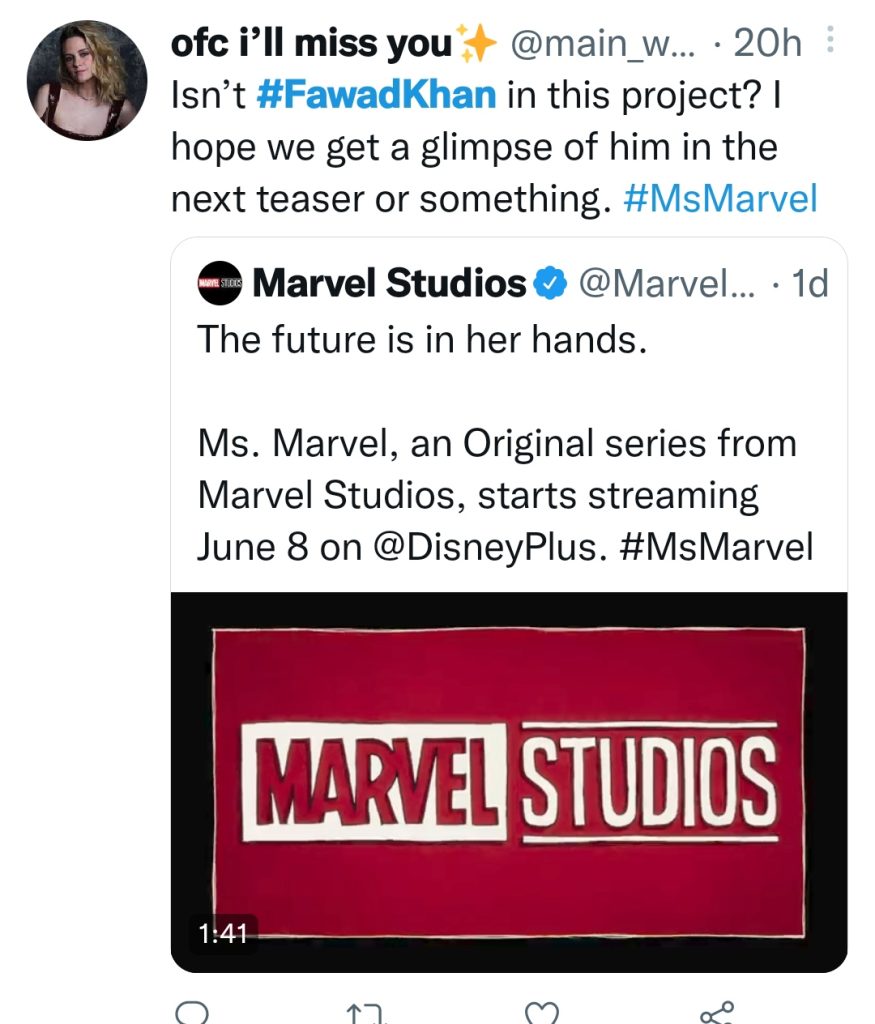 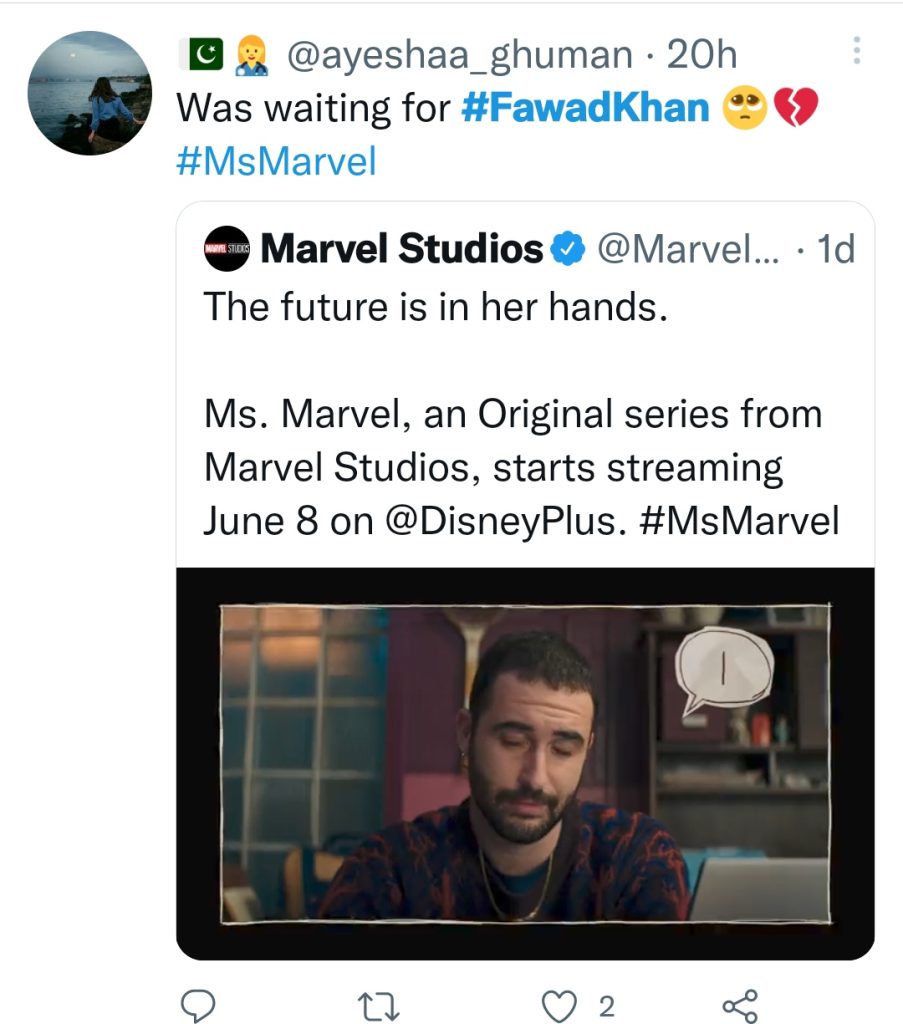 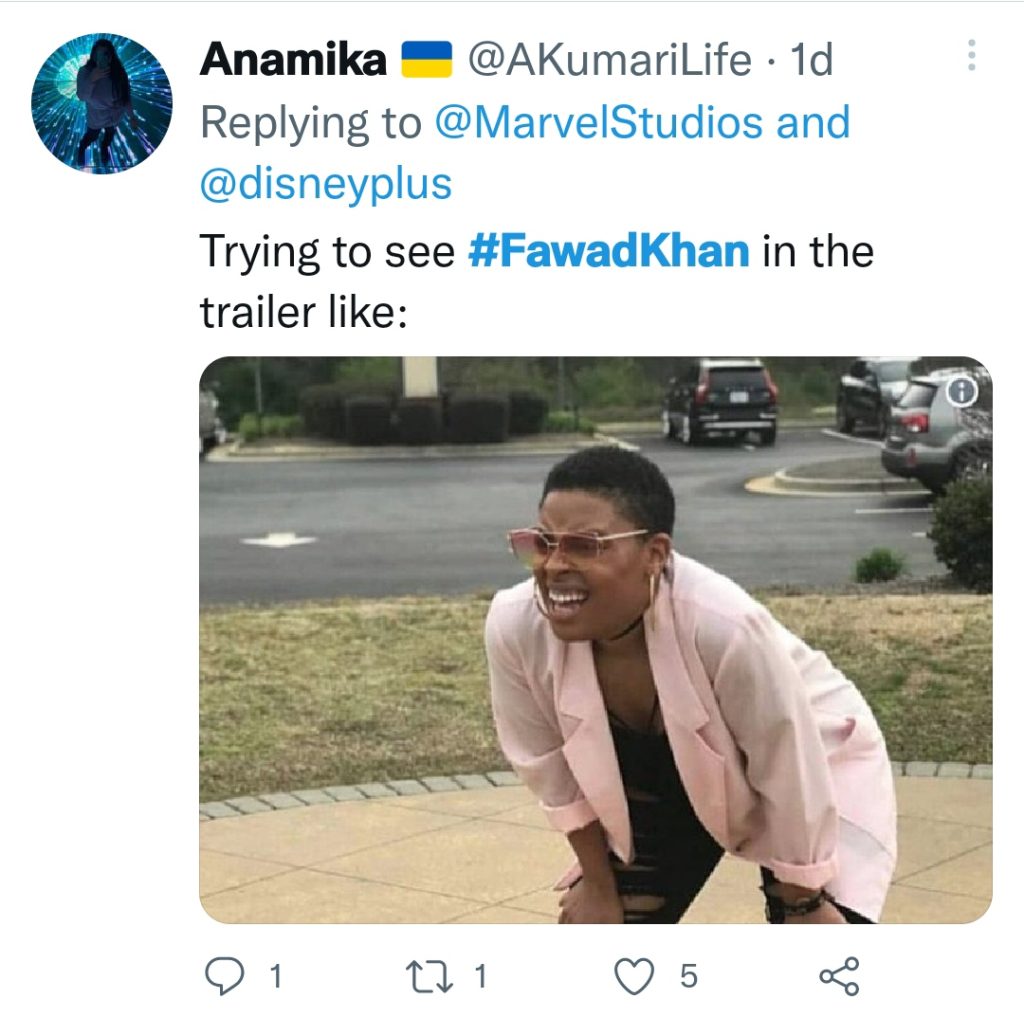 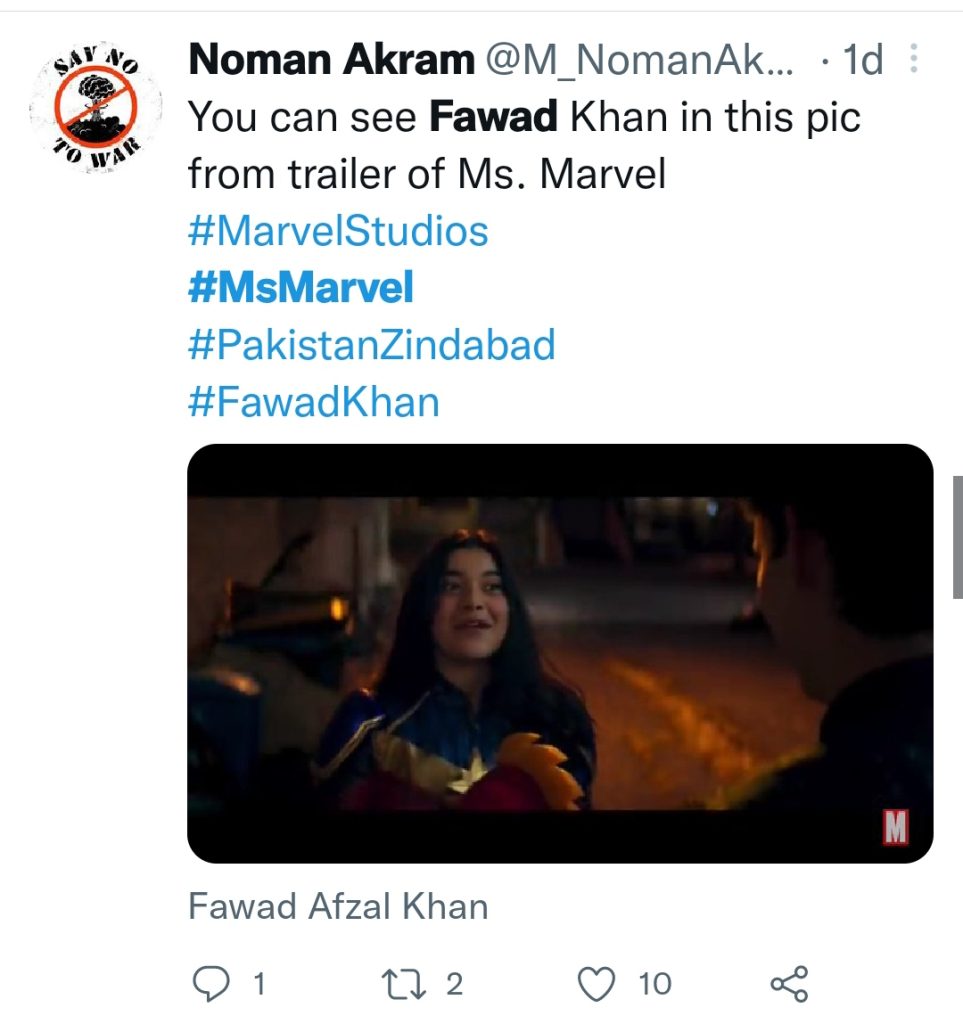 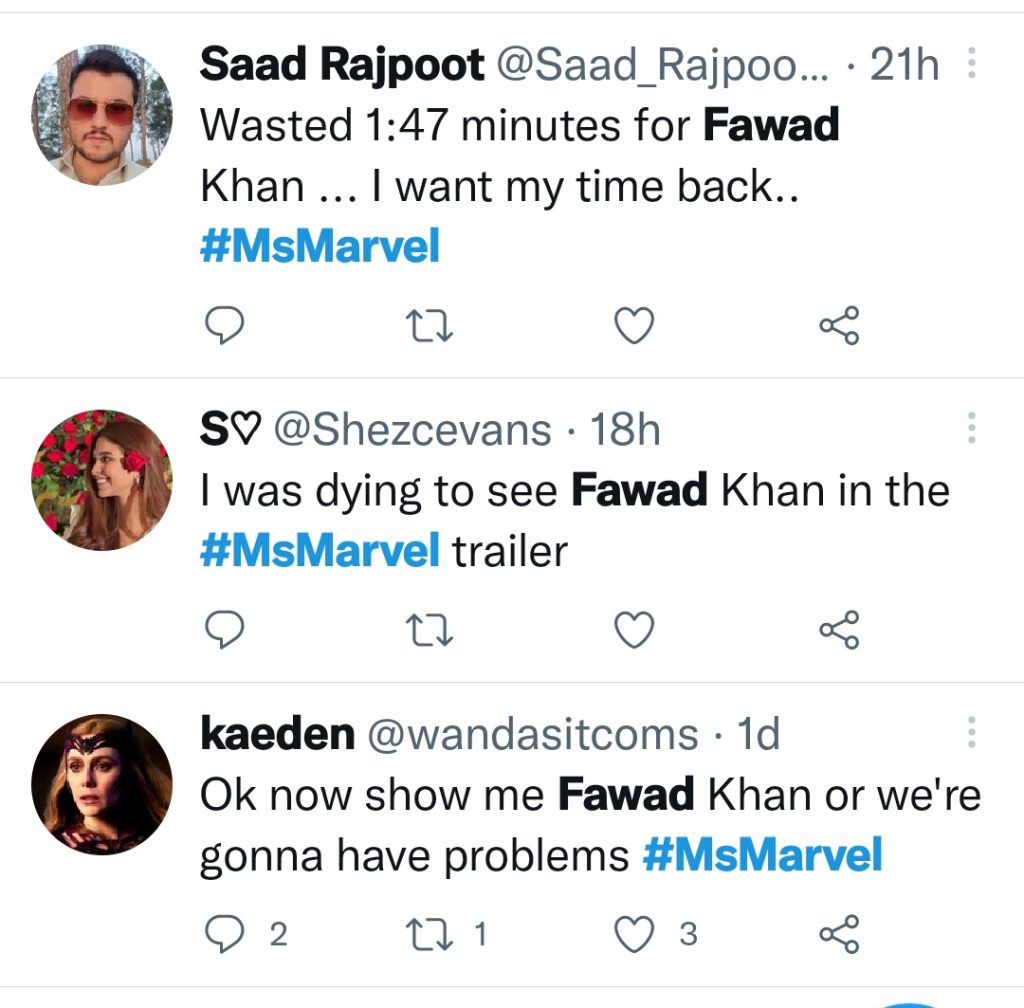 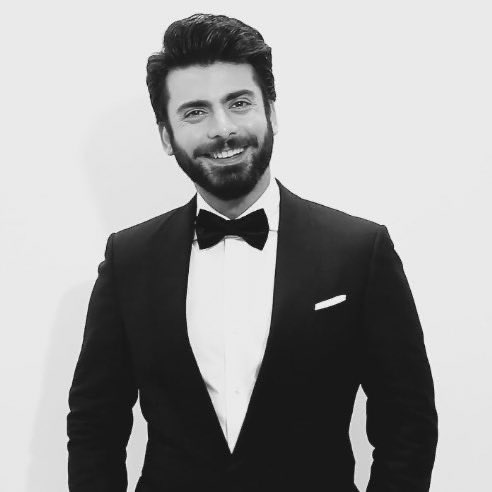 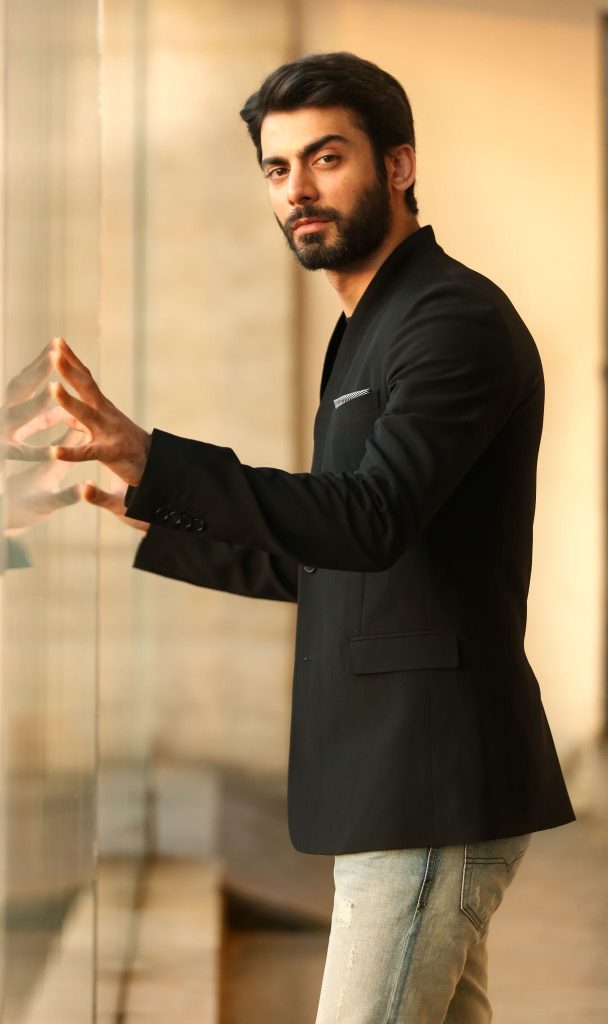 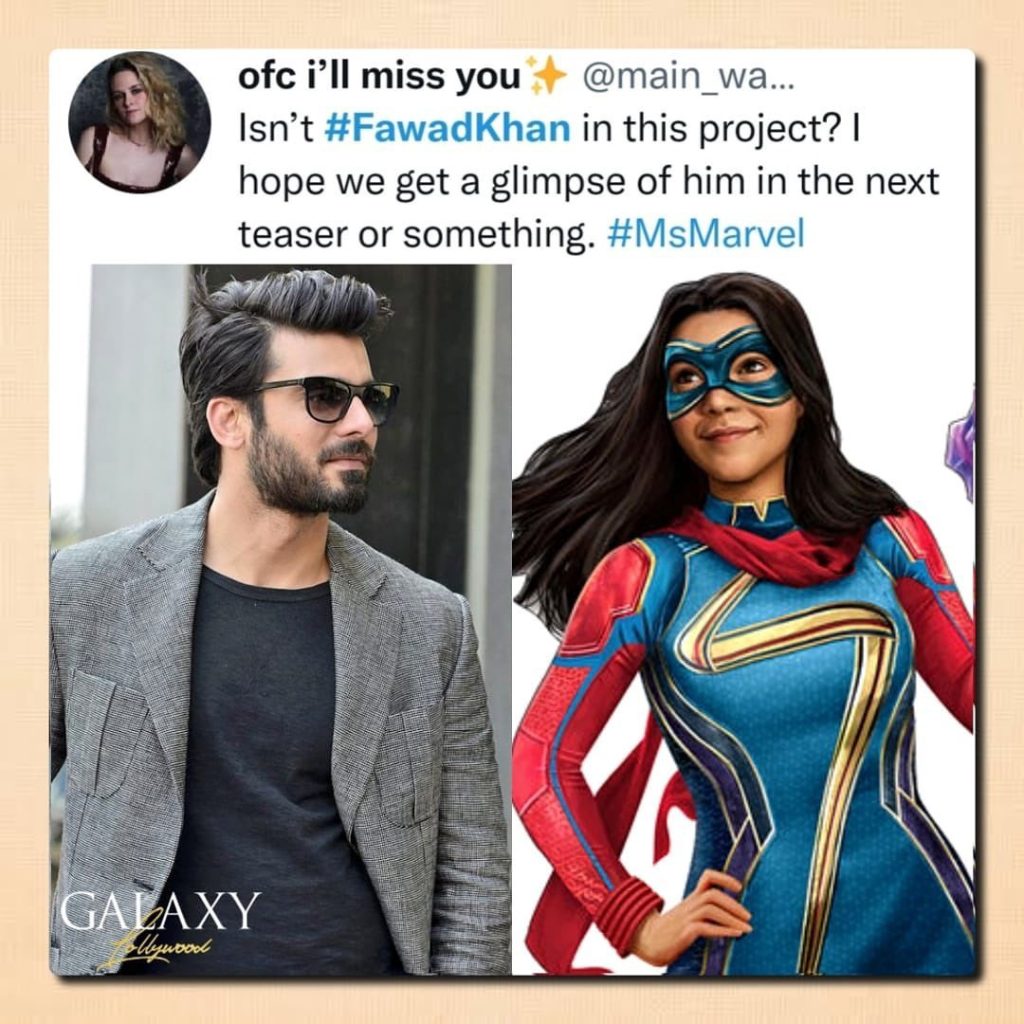 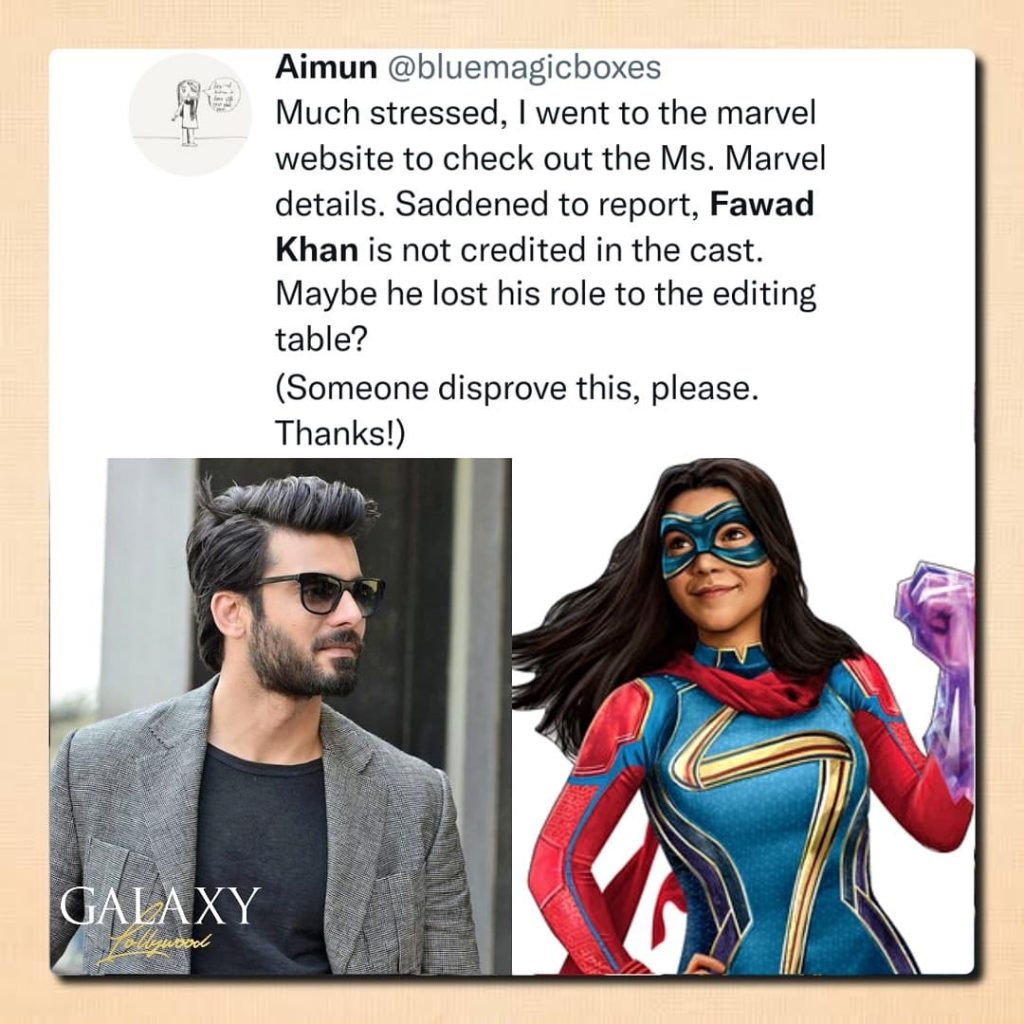 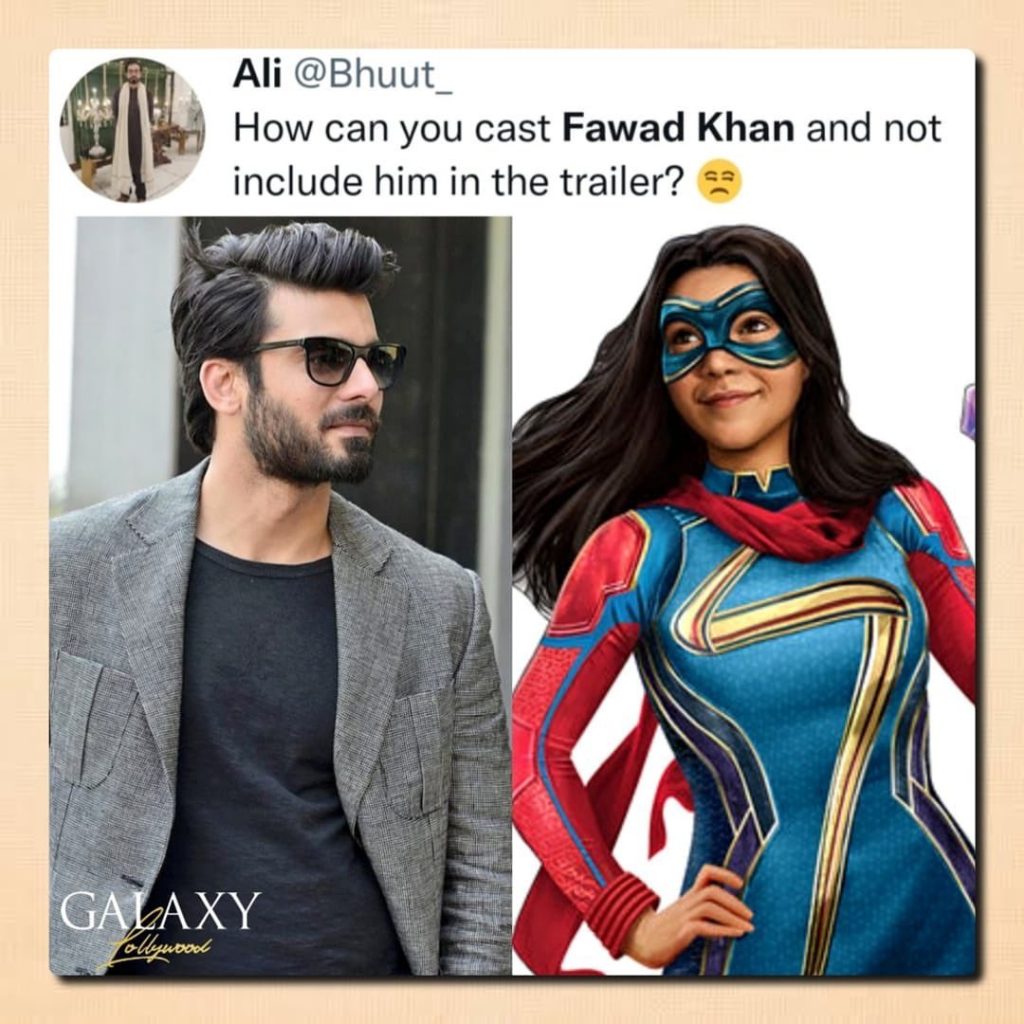 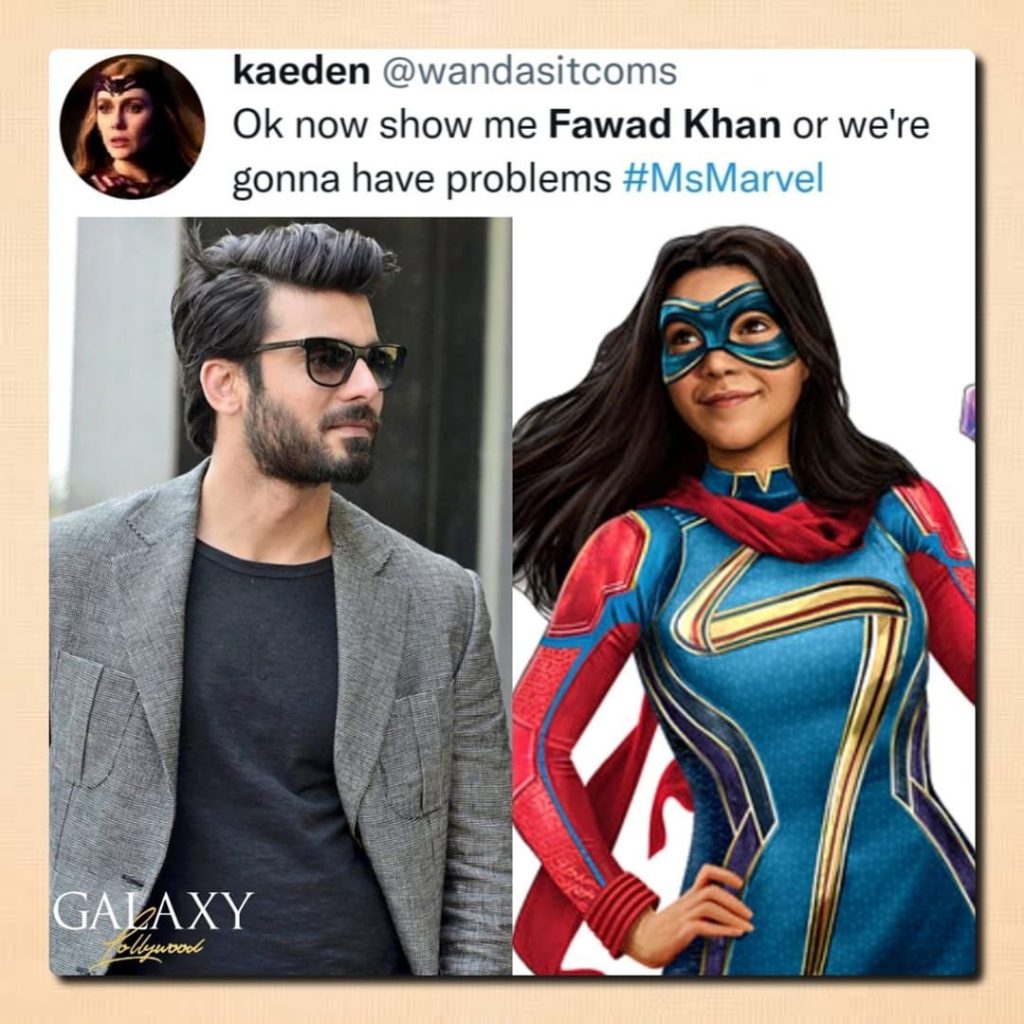 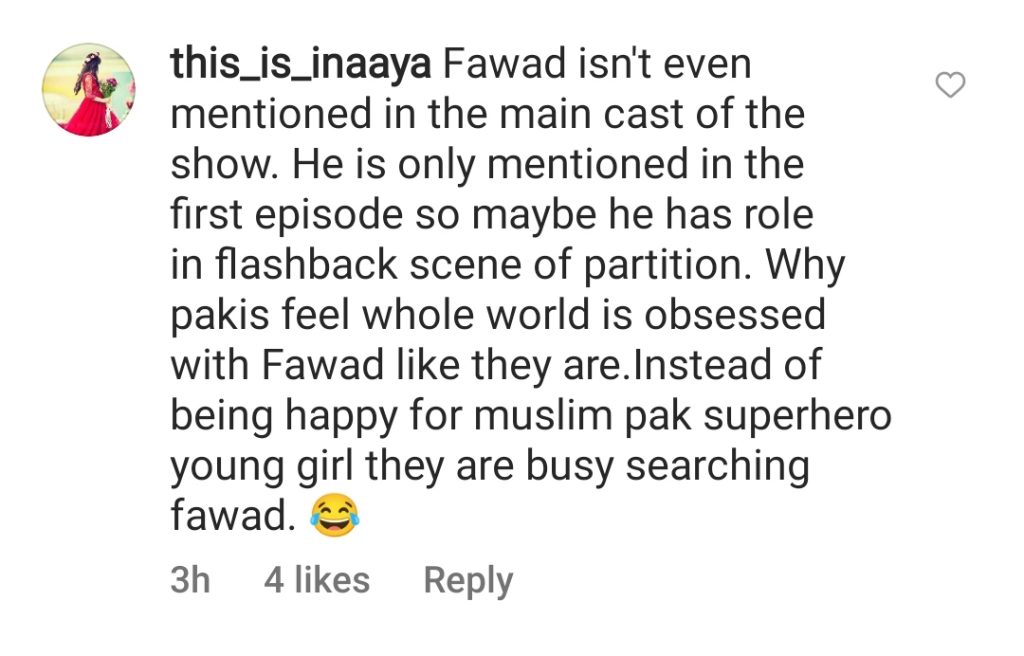 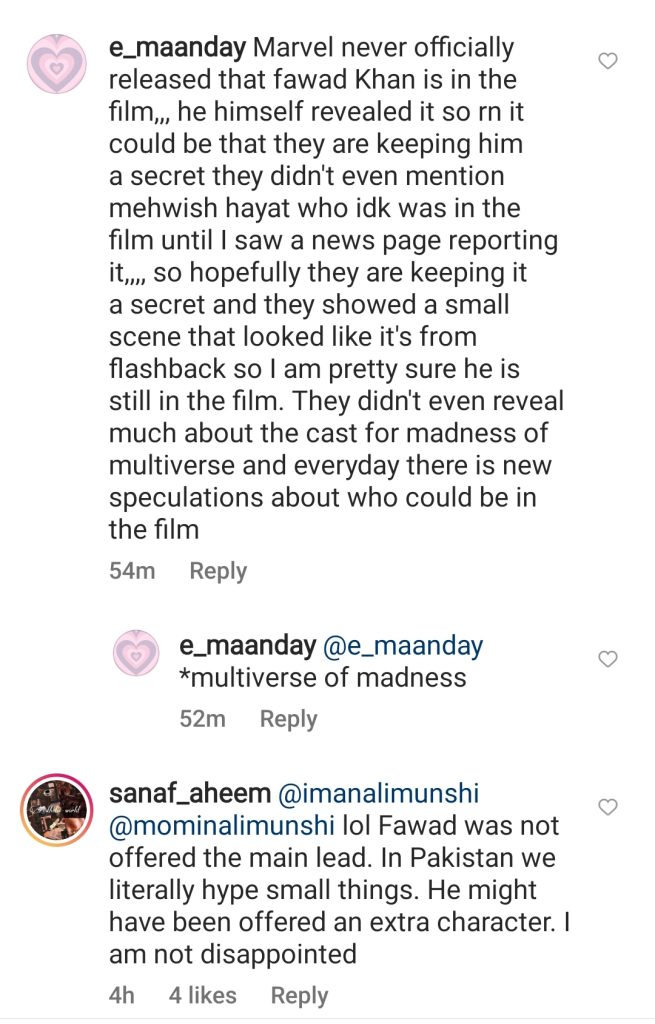 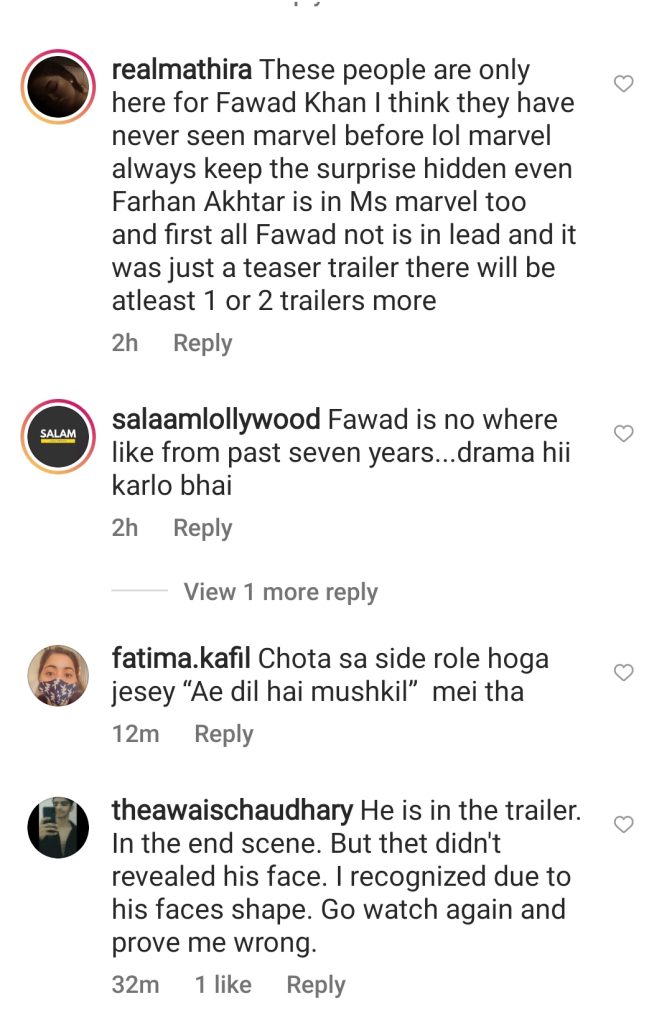 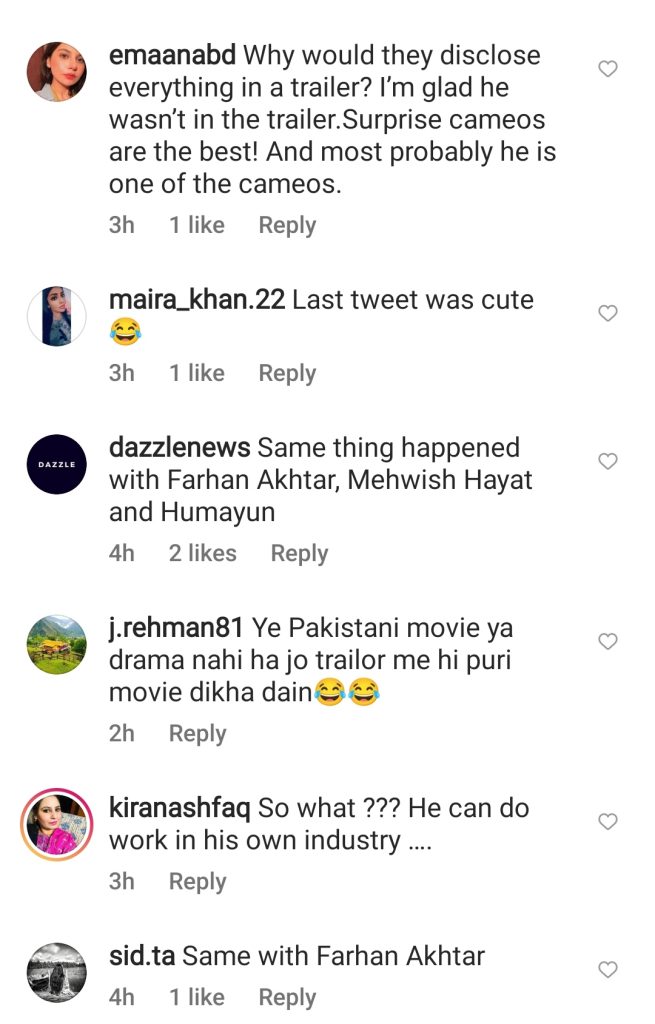 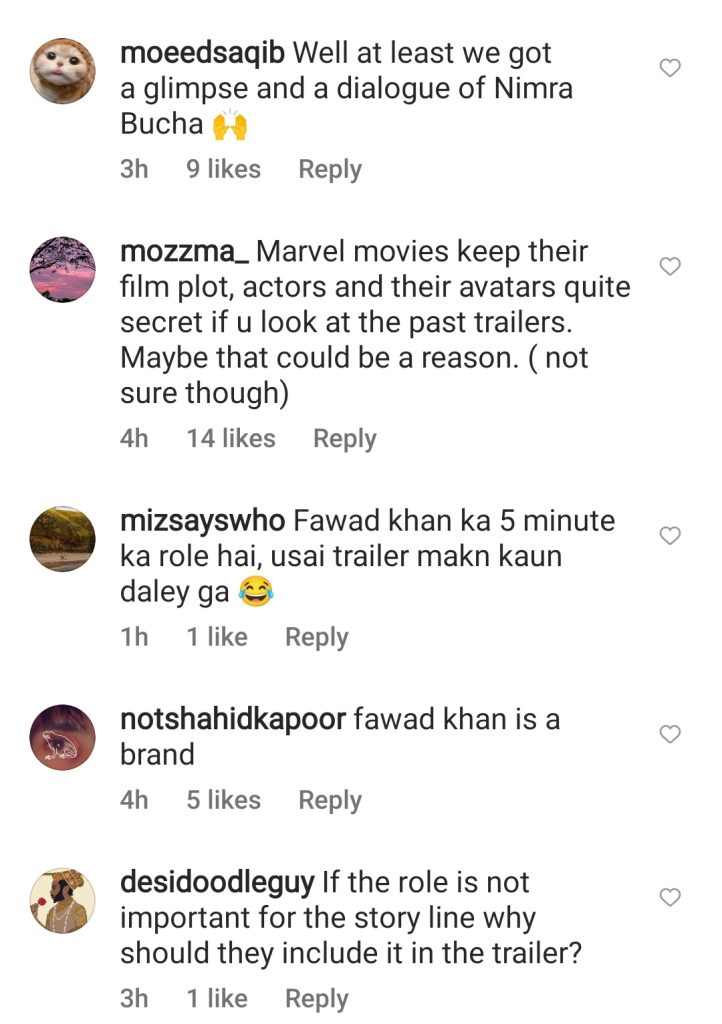 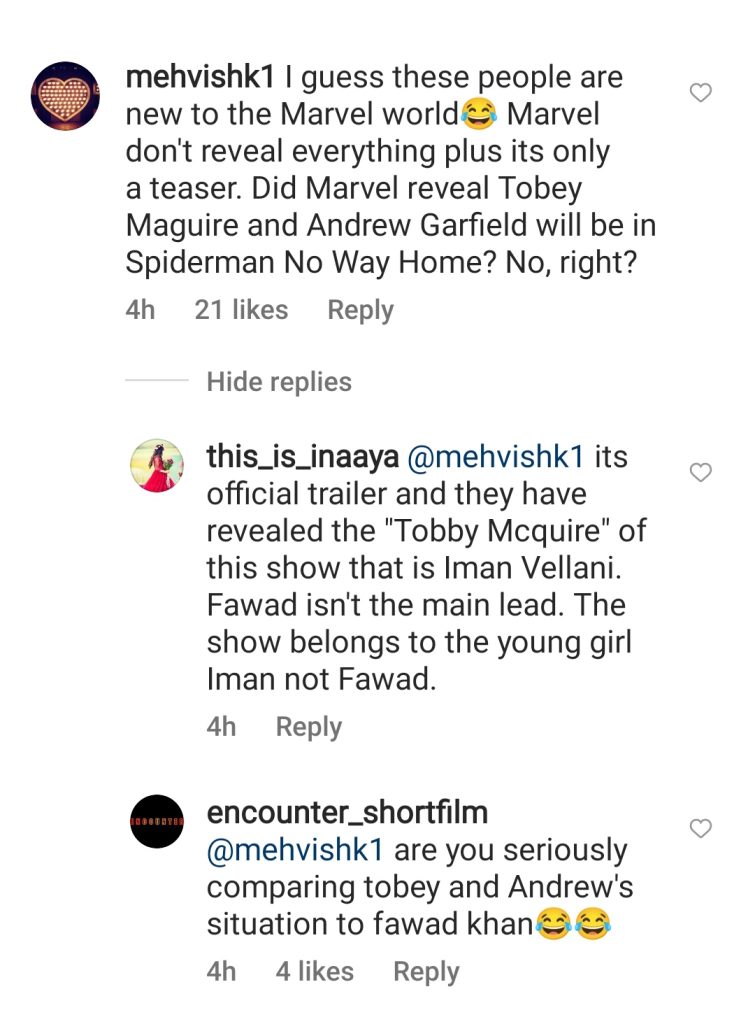 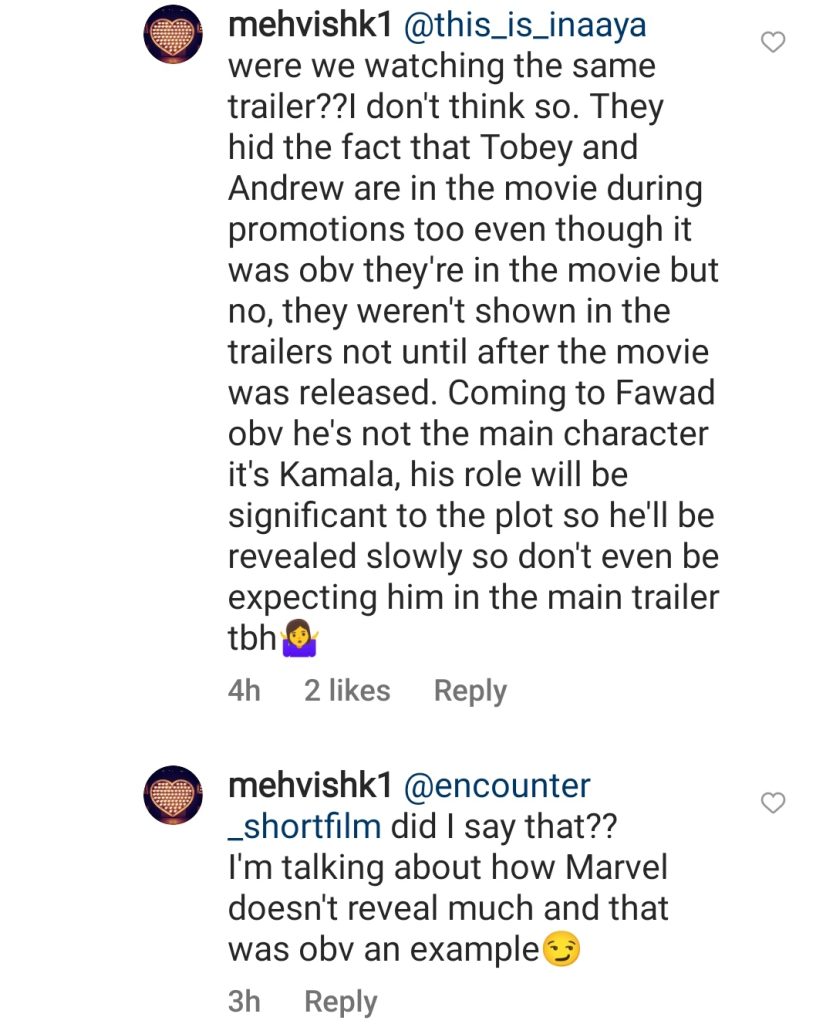 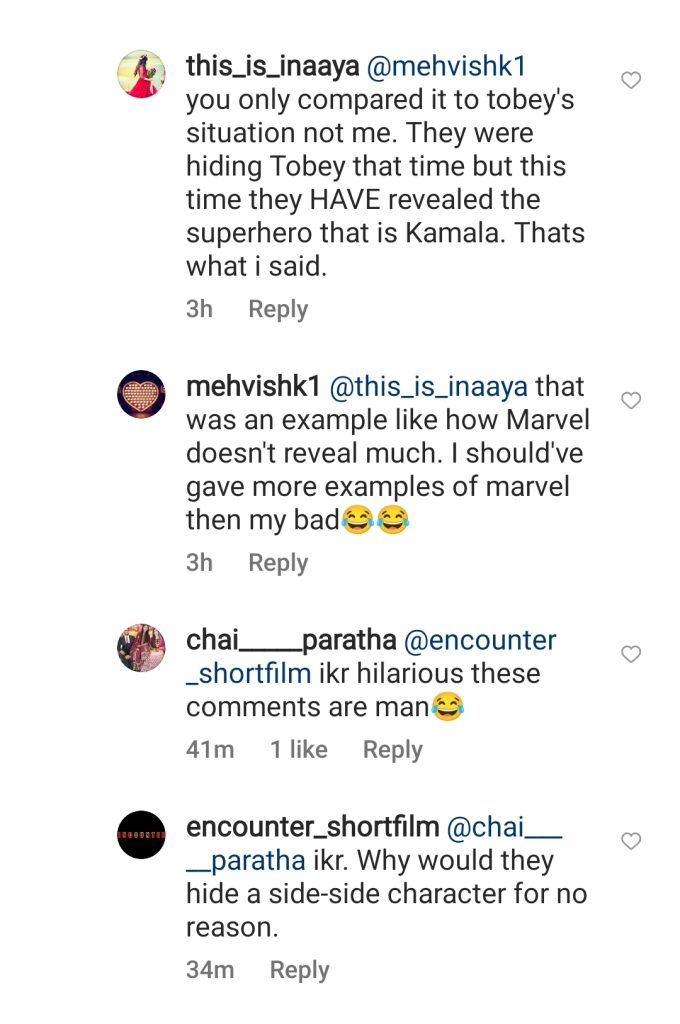 Here is the trailer.