Hira Mani is a talented, bold and beautiful Pakistani television actress and singer. The Sun Yara actor is happily married to VJ and actor Saqib Sheikh who is popularly known as Mani. Well, the couple also has two adorable kids. Hira Mani is a popular figure and she always grabs attention due to her controversies. 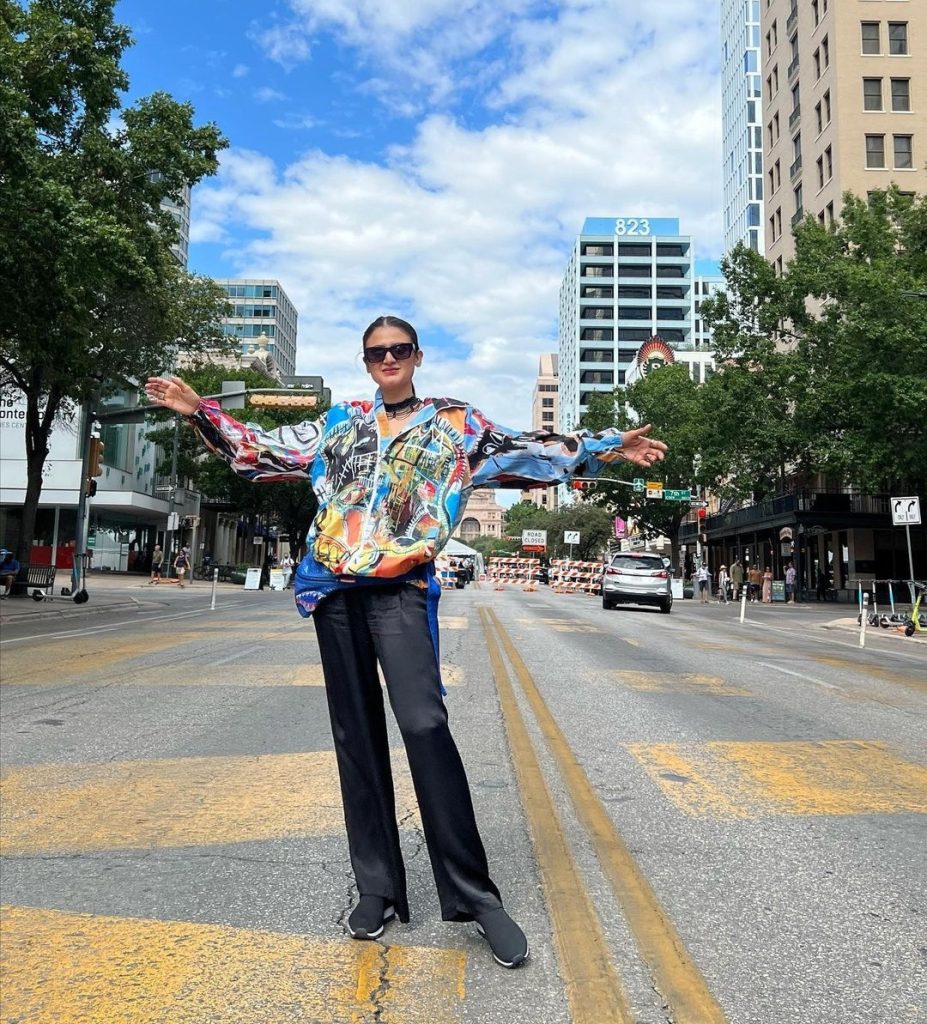 Currently, Hira Mani is on her foreign trips where she has been doing fundraisings for different Pakistani organizations. She has been posting her selfies from her trips as well. 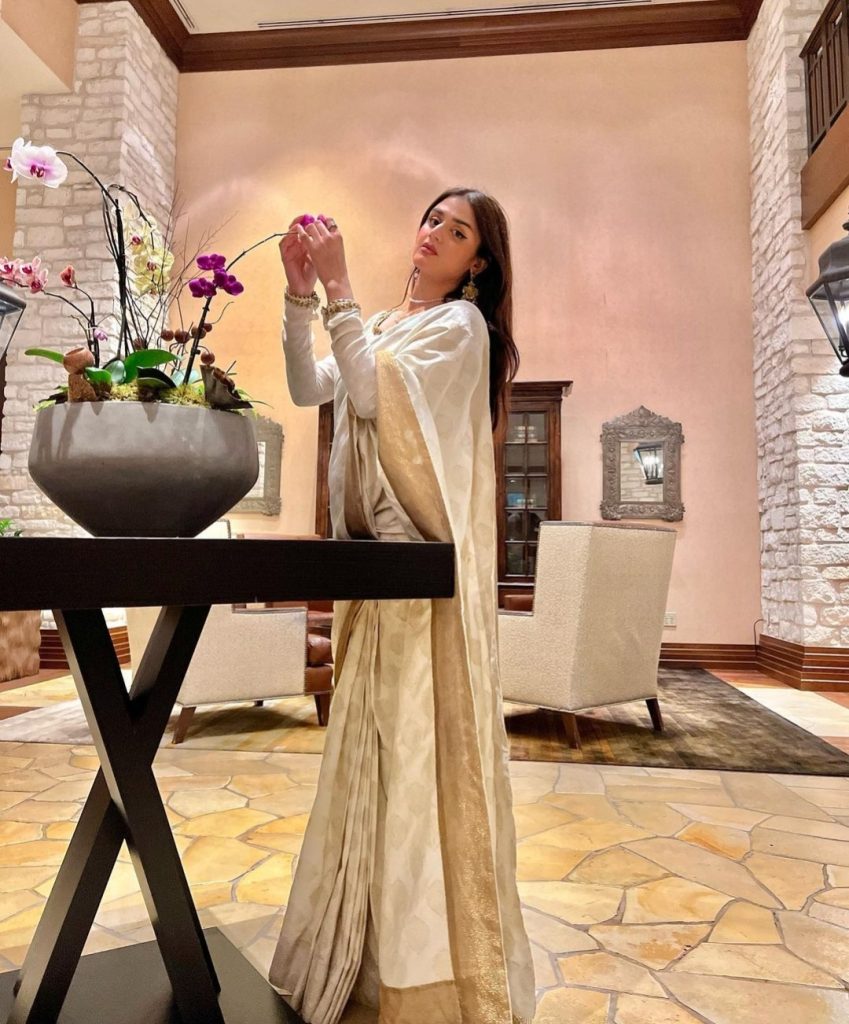 Lately, Hira Mani’s recent selfies from plane’s washroom have ignited a lot of public backlash. Well, yes, the brave actress chose the plane’s lavatory for taking multiple selfies, she also posted the pictures from her business class seat while she was doing rest. here are her selfies. Have a look! 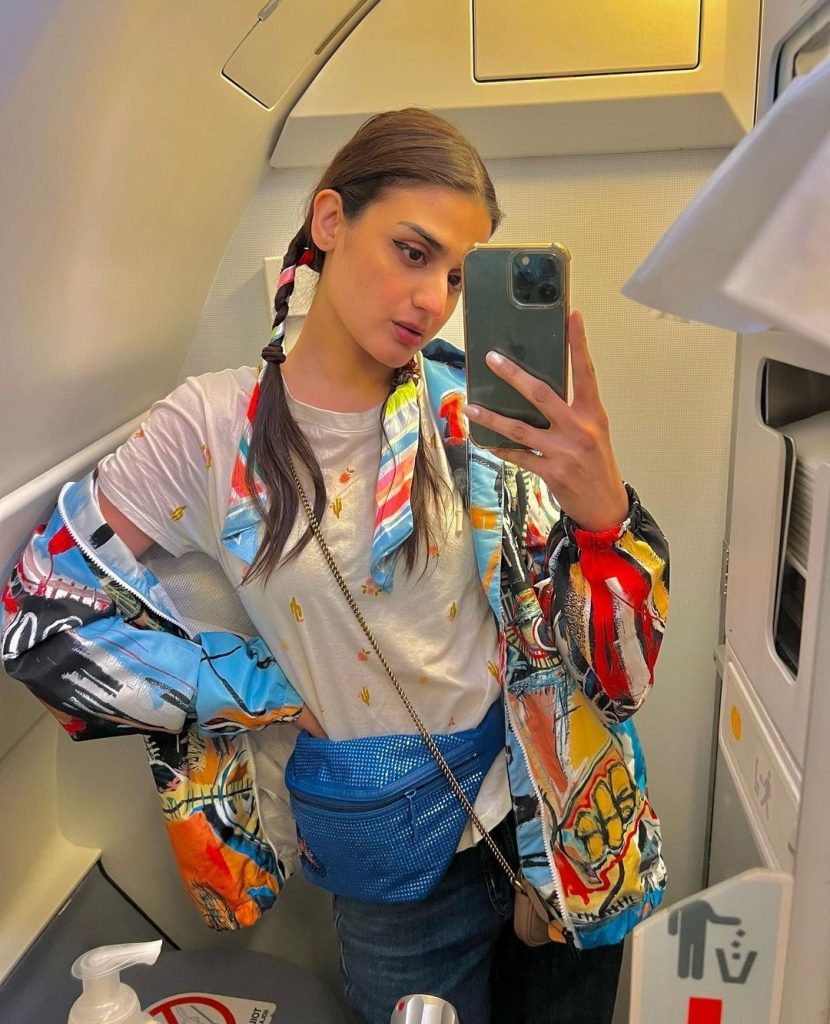 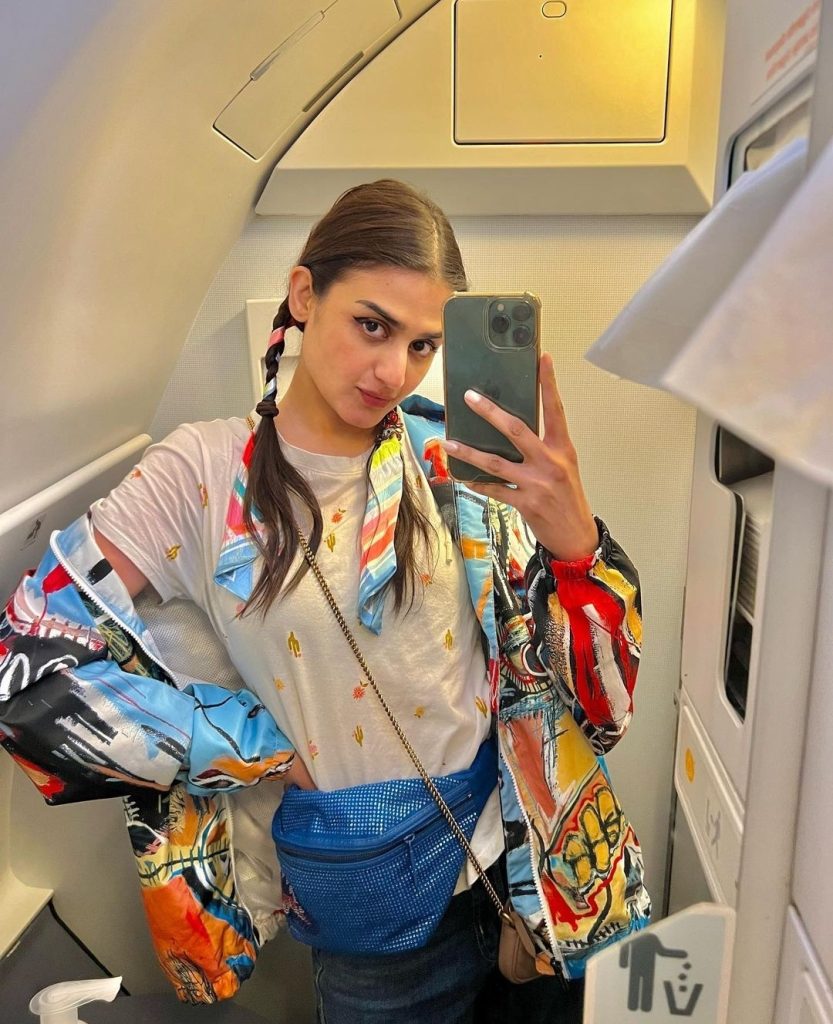 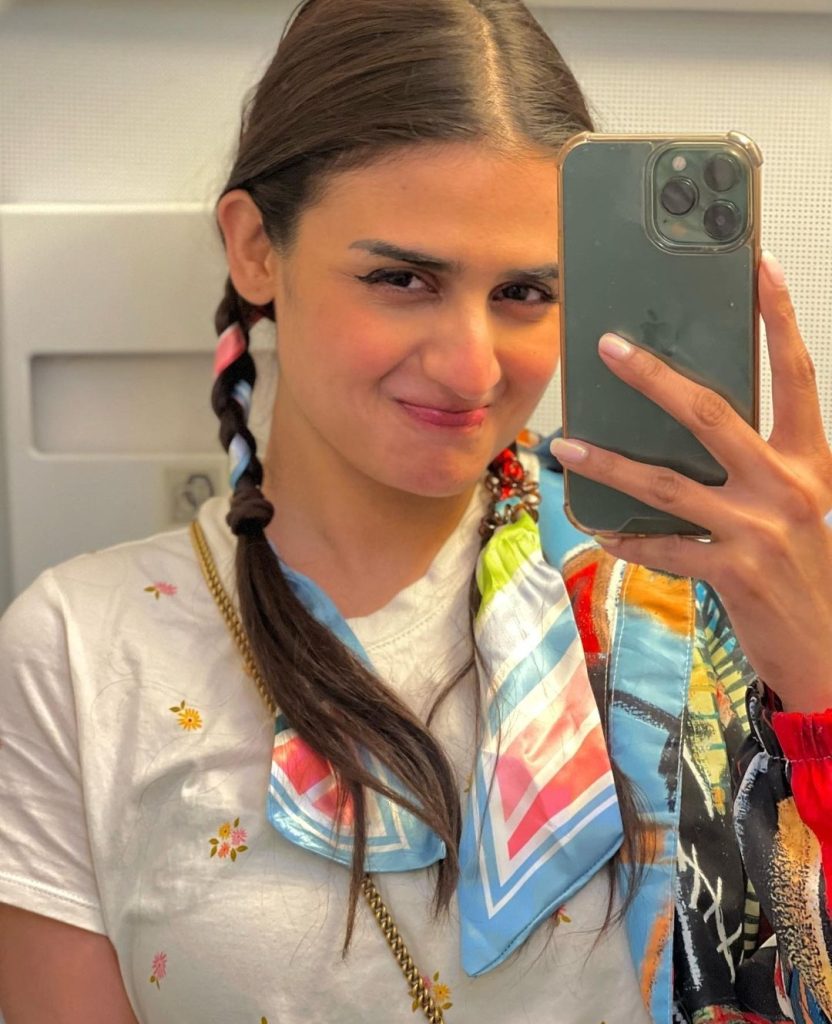 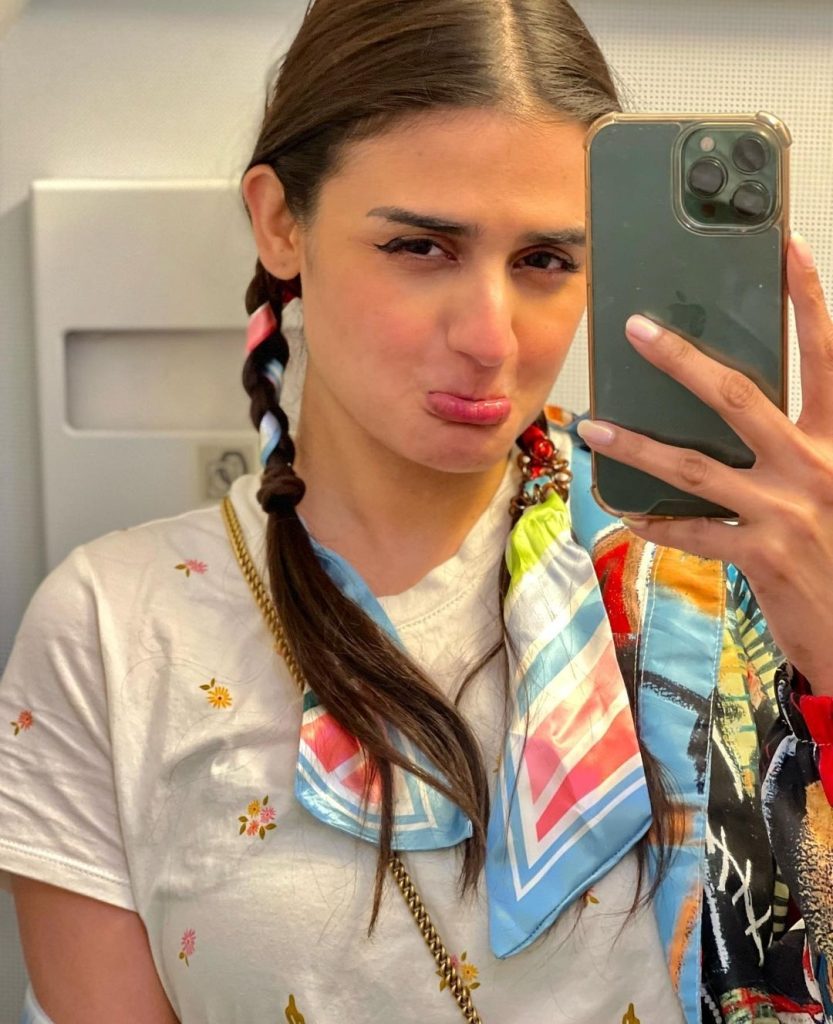 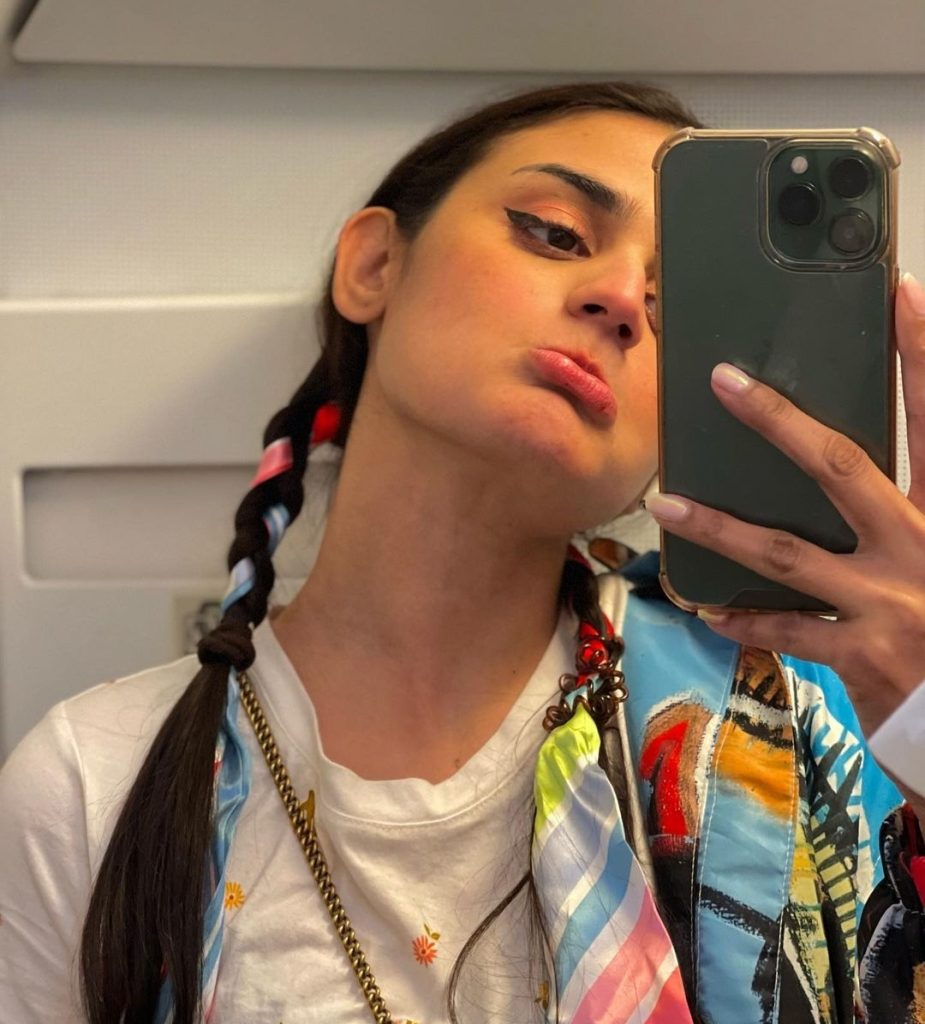 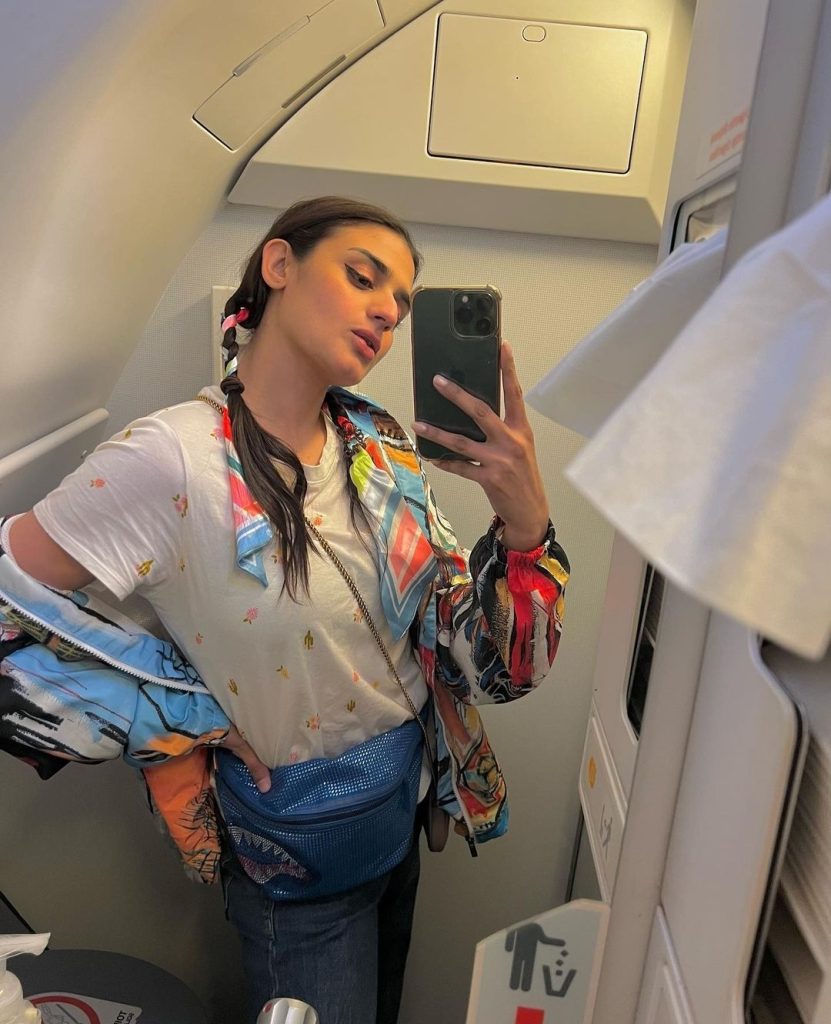 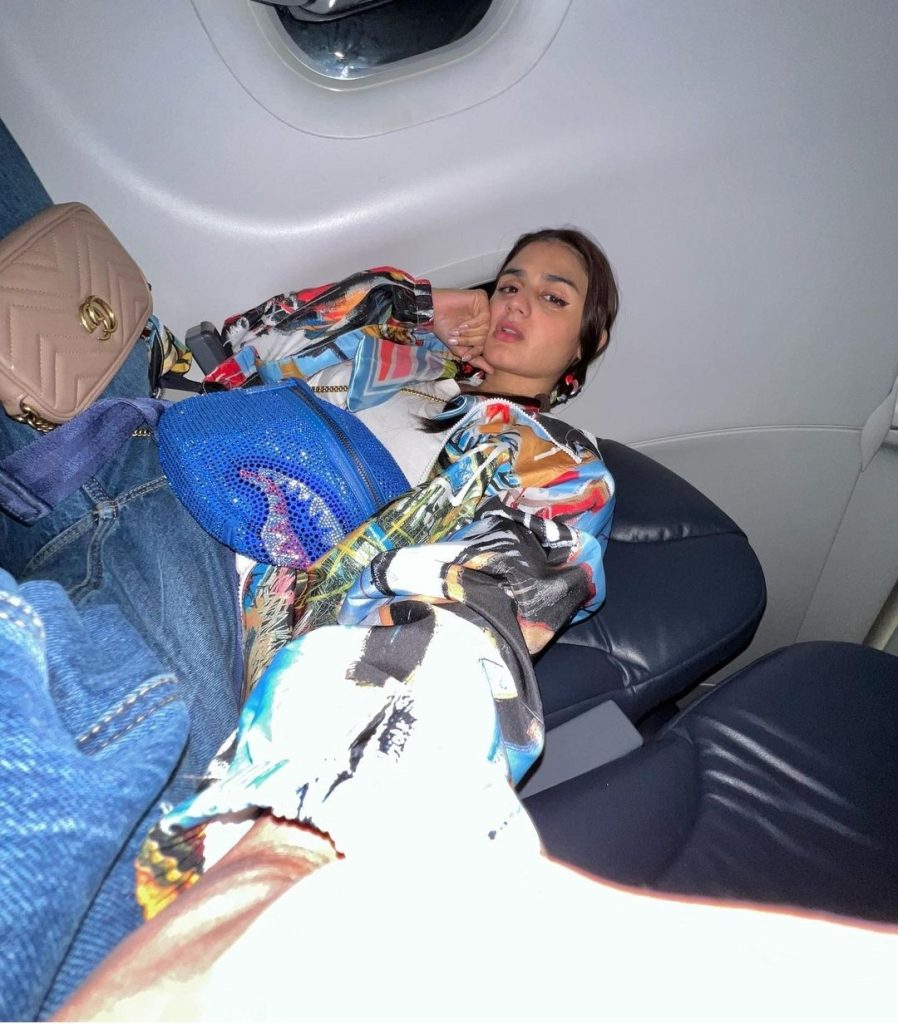 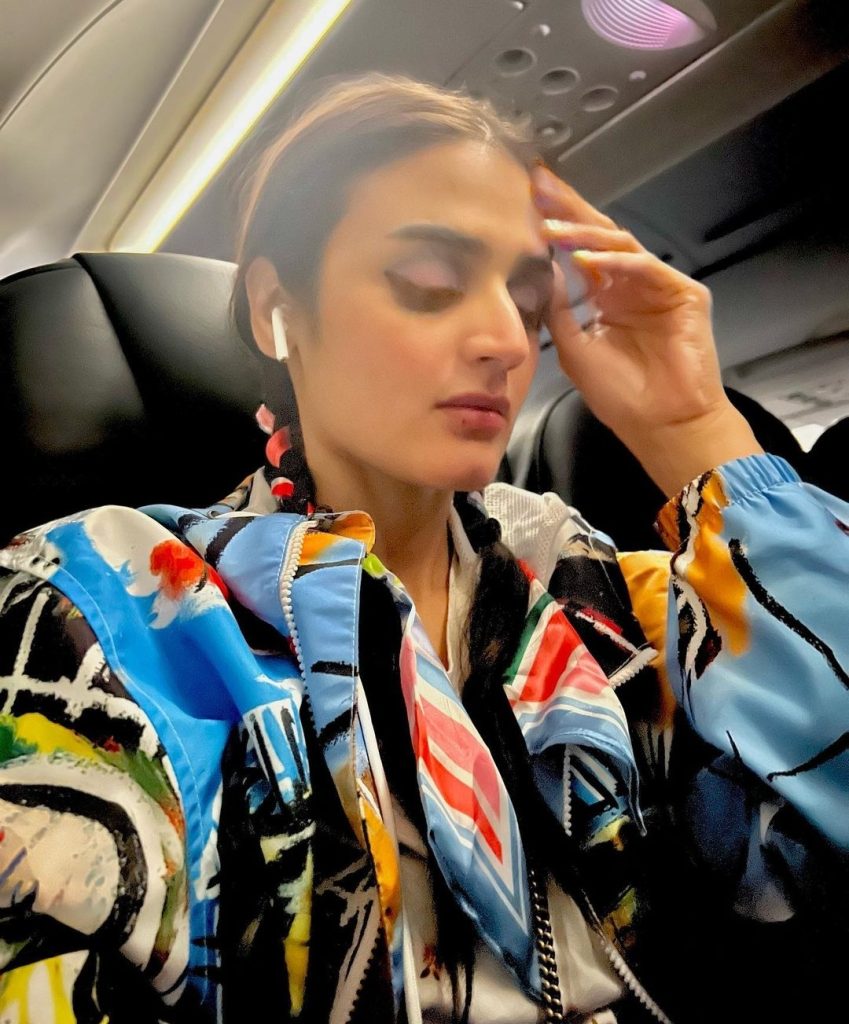 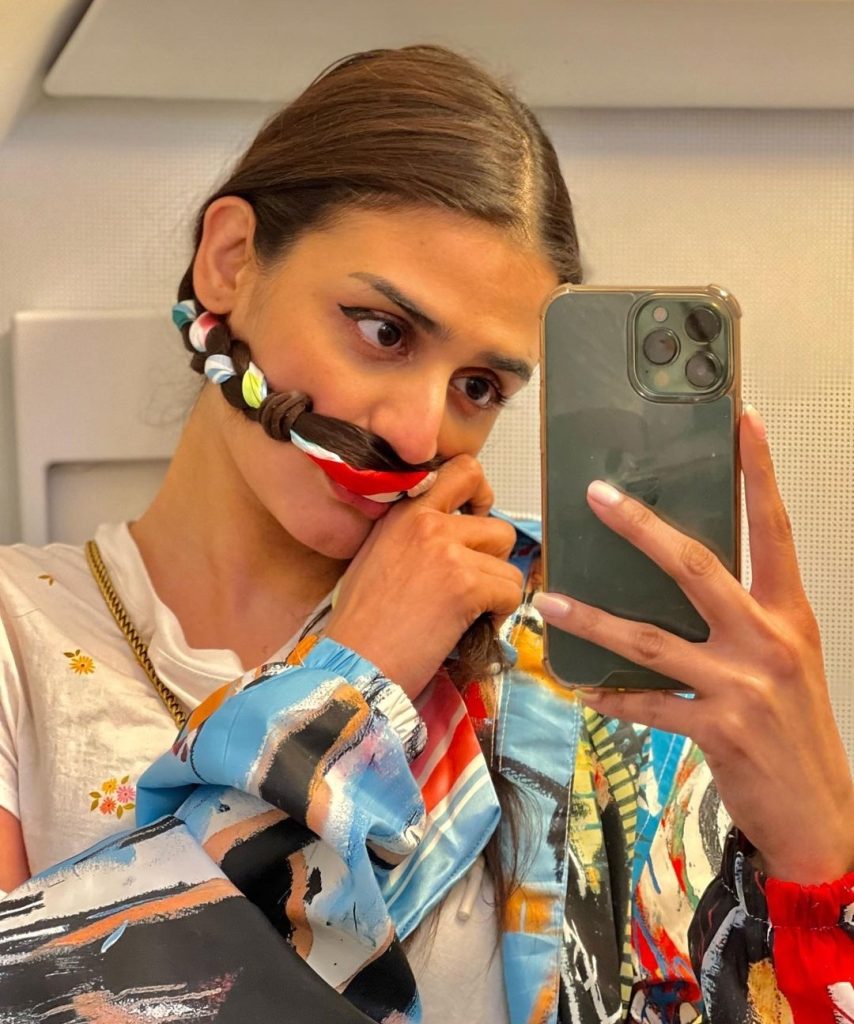 Well, this act of the Kashaf actor landed her in trouble and public found her act annoying and irritating. People are of the view that she acts as an unstable person and she doesn’t know what she’s been doing. Fans said that it’s height of stupidity to take selfies in a lavatory. They were actually annoyed with her acts and many were not even believing that she posted the picture from washroom. They were trolling actress on doing childish acts. Many didn’t like her expressions as well. Here are all the comments. Have a look! 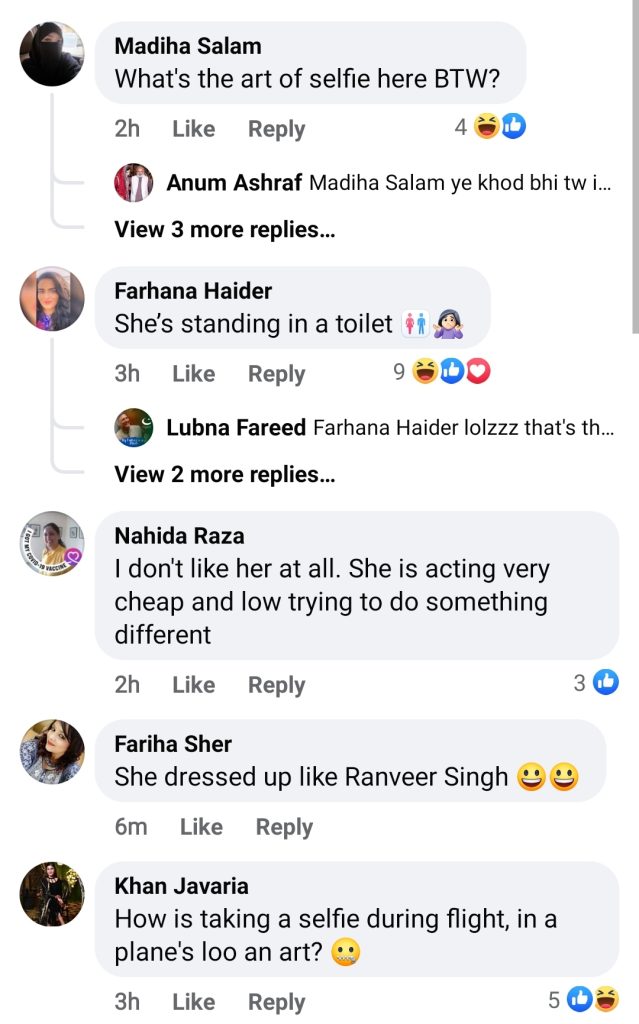 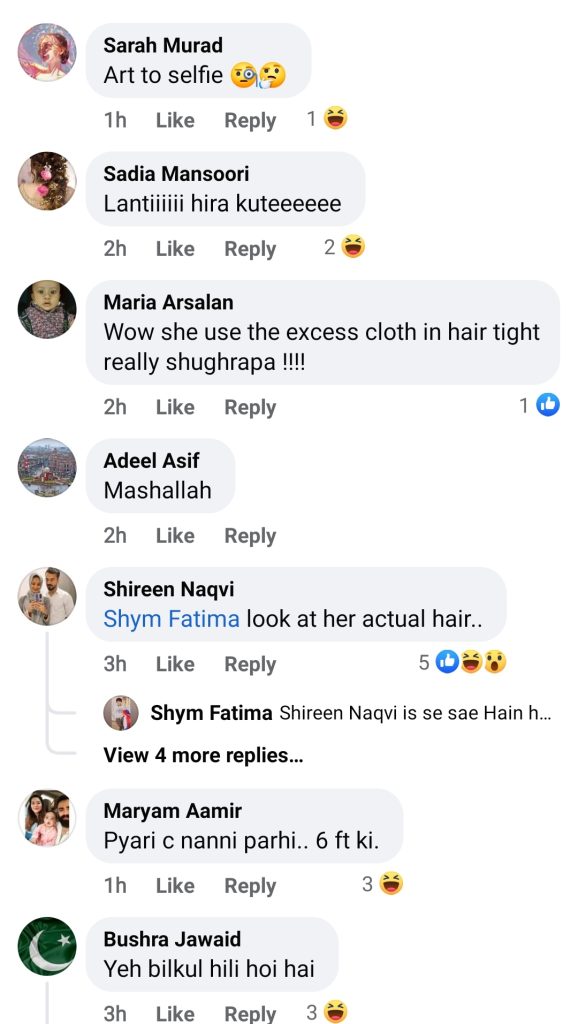 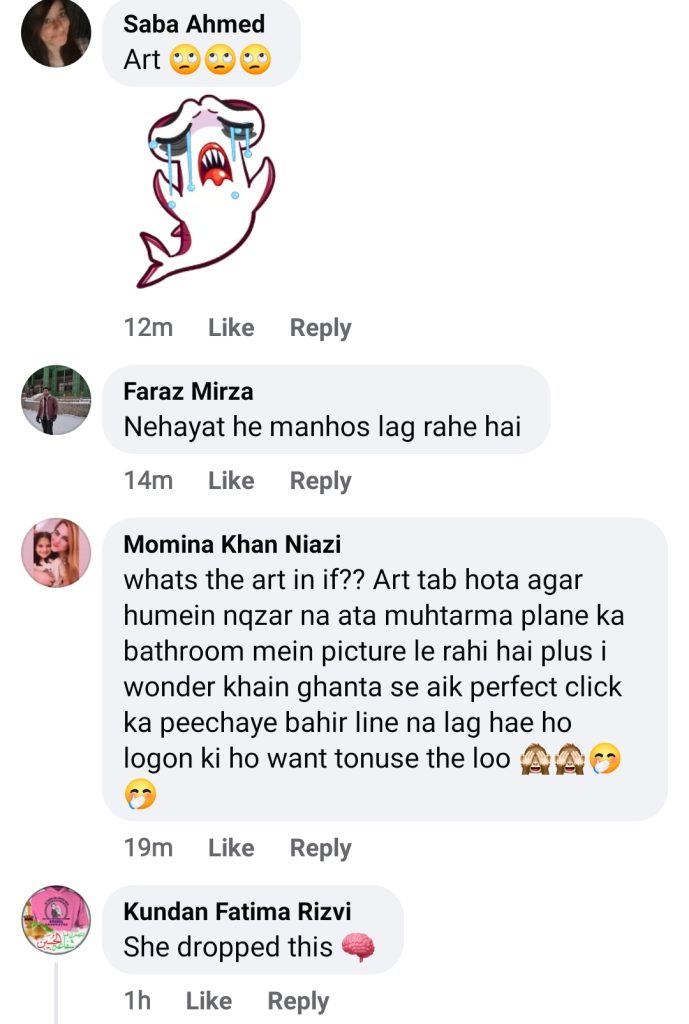 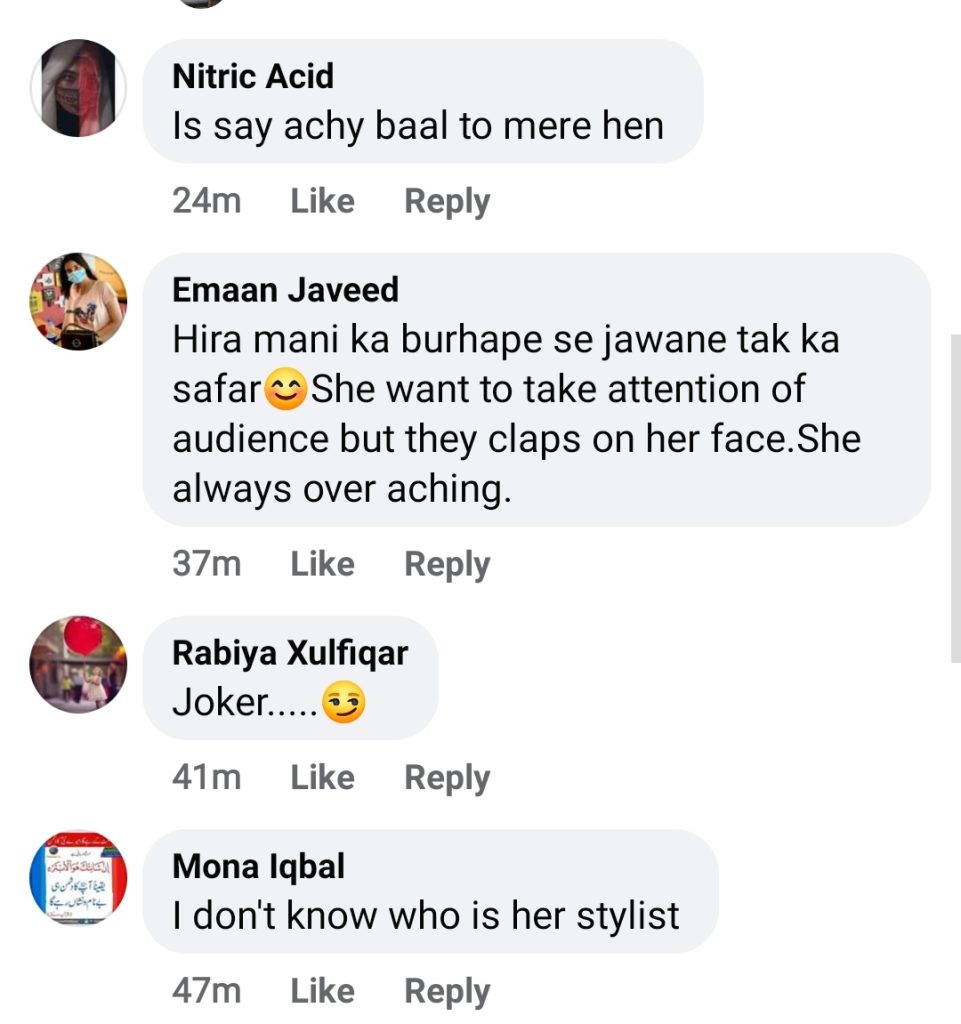 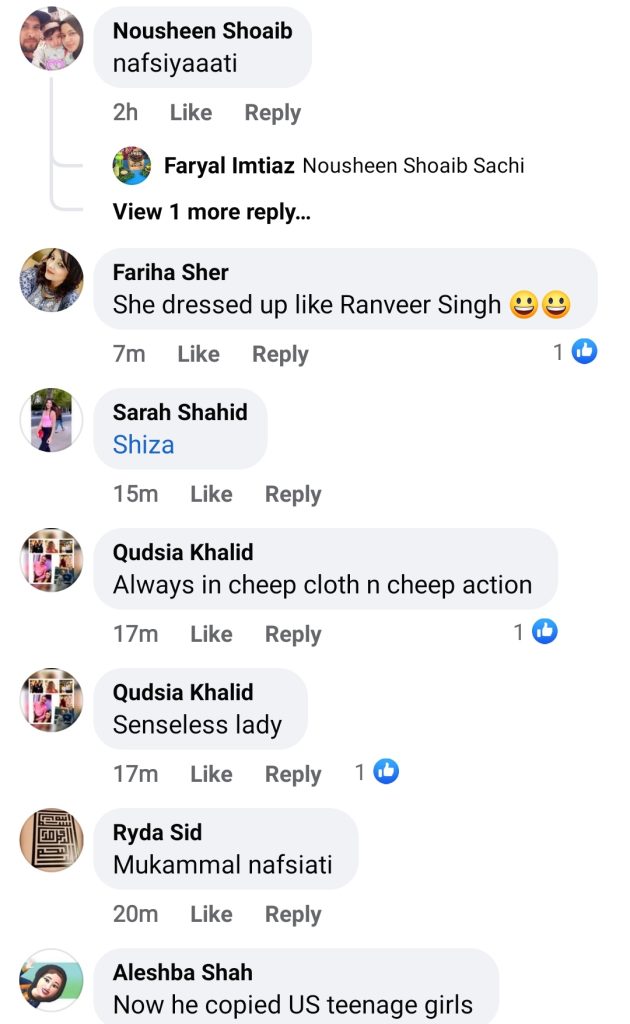 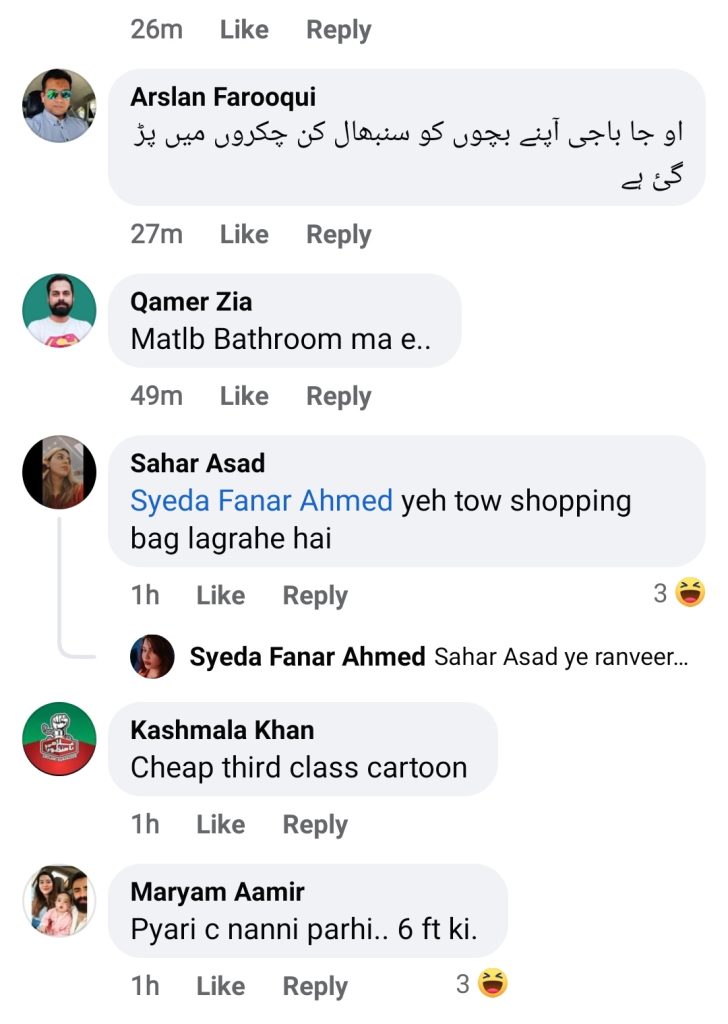 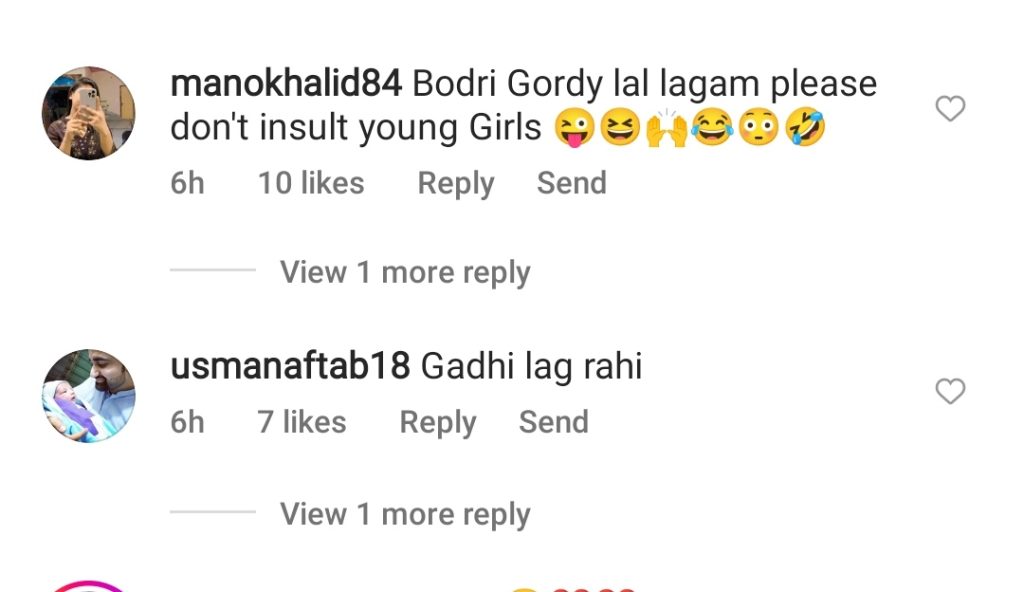 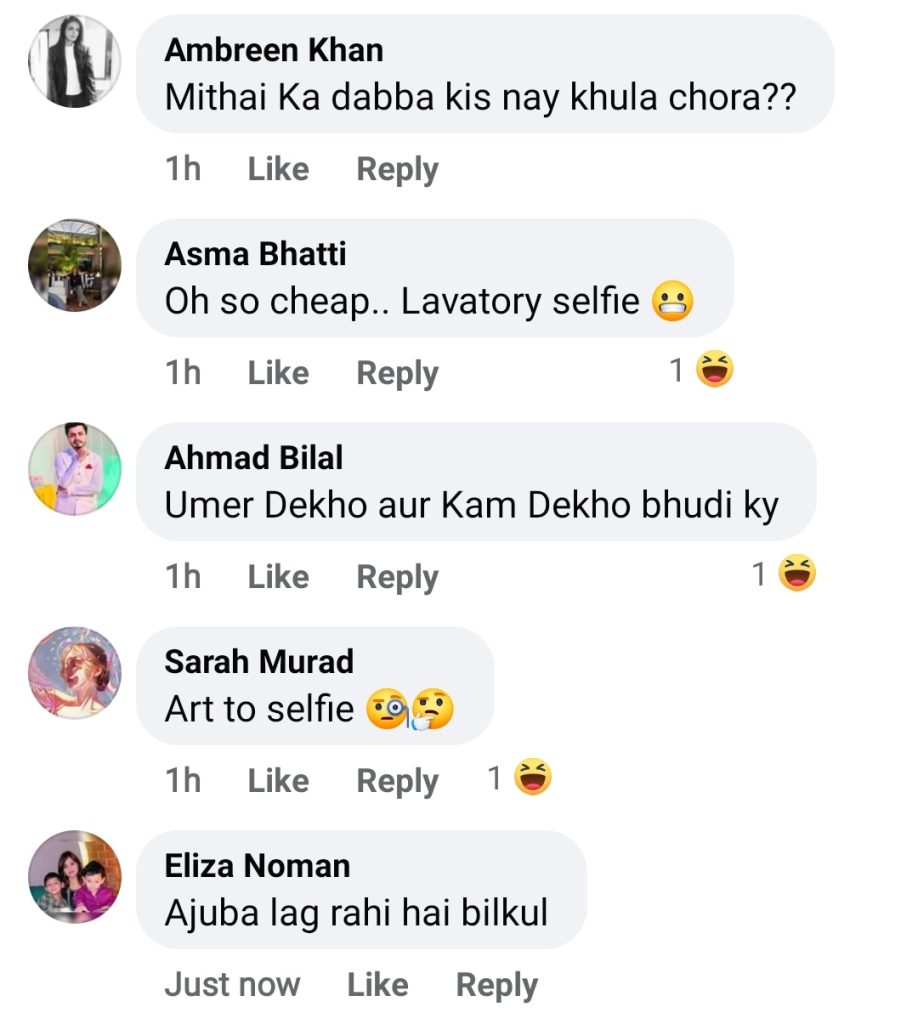 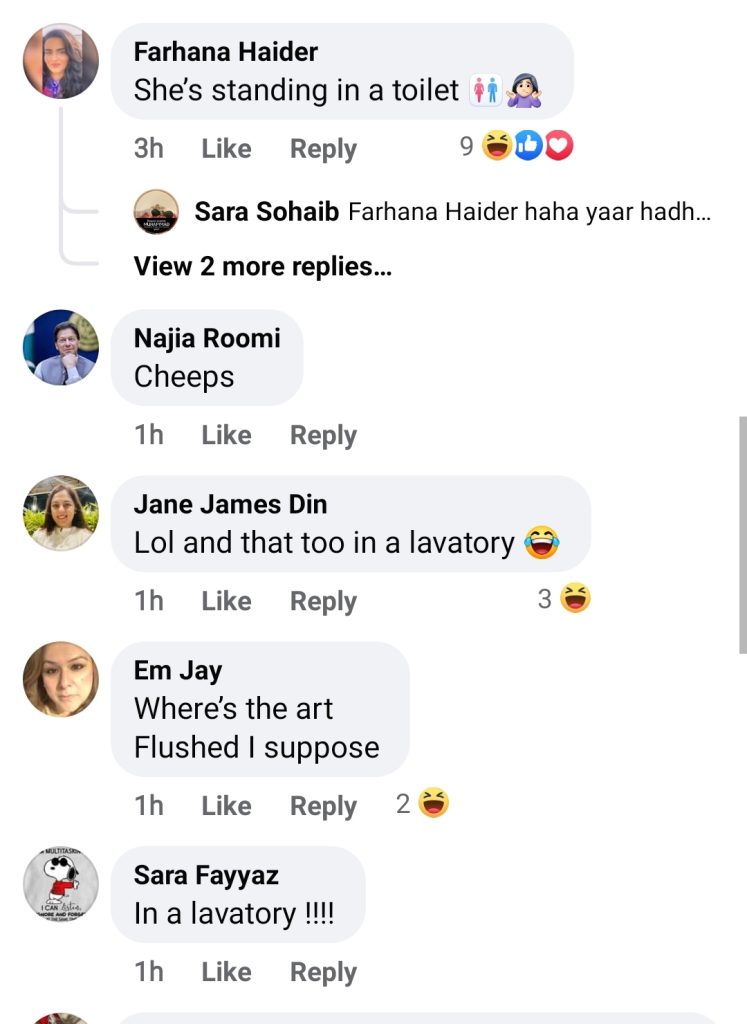