Javeria Saud is a Pakistani television actress, producer, singer, and host. She is best known for playing the protagonist Jameela in Geo TV’s television drama series Yeh Zindagi Hai. She is married to the film and television actor Saud, with whom she owns the production house JJS Productions since 2006 in the Pakistani entertainment industry. 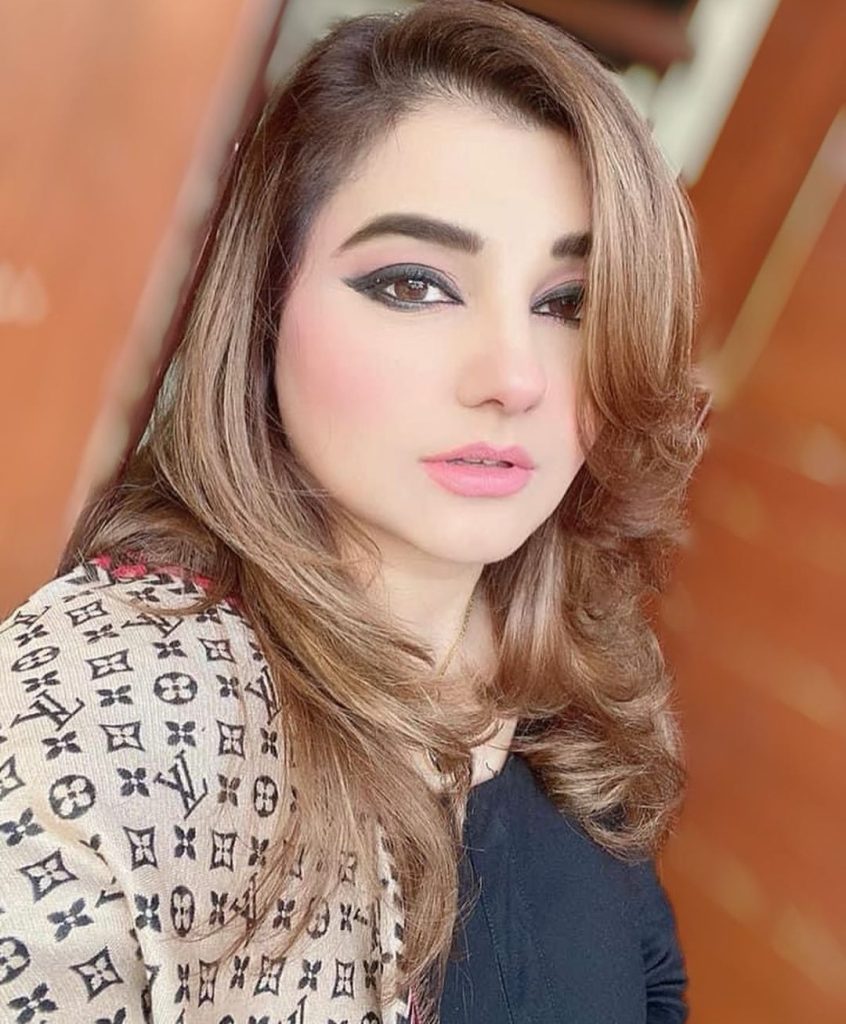 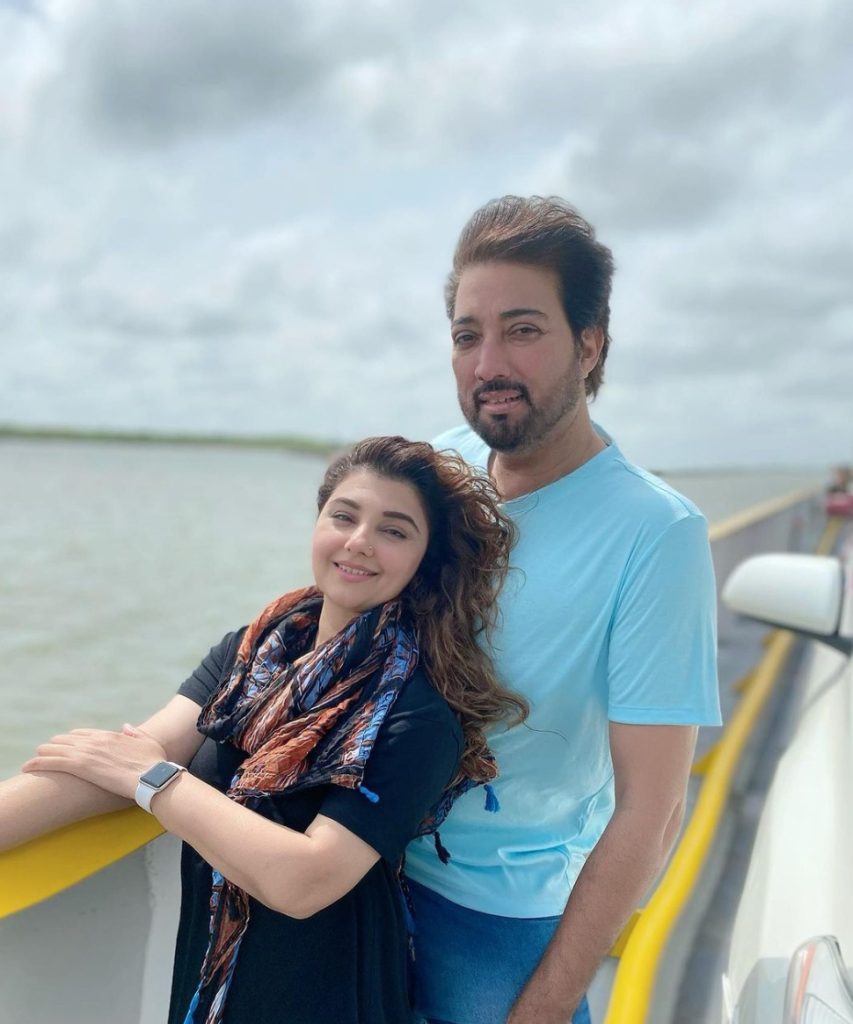 Javeria Saud has now made his comeback in acting and she is recording another play which is a Ramadan drama. Javeria Saud often shares BTS pictures and videos from the set of her upcoming drama. She shares TikTok and singing videos too. 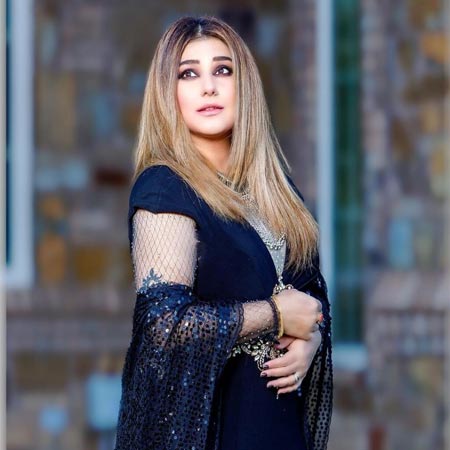 Javeria’s latest video is a singing attempt on Parizaad’s OST, she is singing it with a lot of efforts but it didn’t appeal the fans. Javeria is trying to sing like Asrar who originally sung it with a great range. Well, Javeria sang the song in the same pitch like Asrar but obviously failed to attempt it. Here is her video.

Netizens, right after hearing her song, started coming up with different views. They were of the view that she has gone mad or has been hurt by someone. They urged her not to sing in future. A lot of people said that they need this much confidence in life. They said that she is making weird faces which are not bearable at all. Fans passed a lot of hilarious comments. They said that she has ruined the song. Here are all comments. 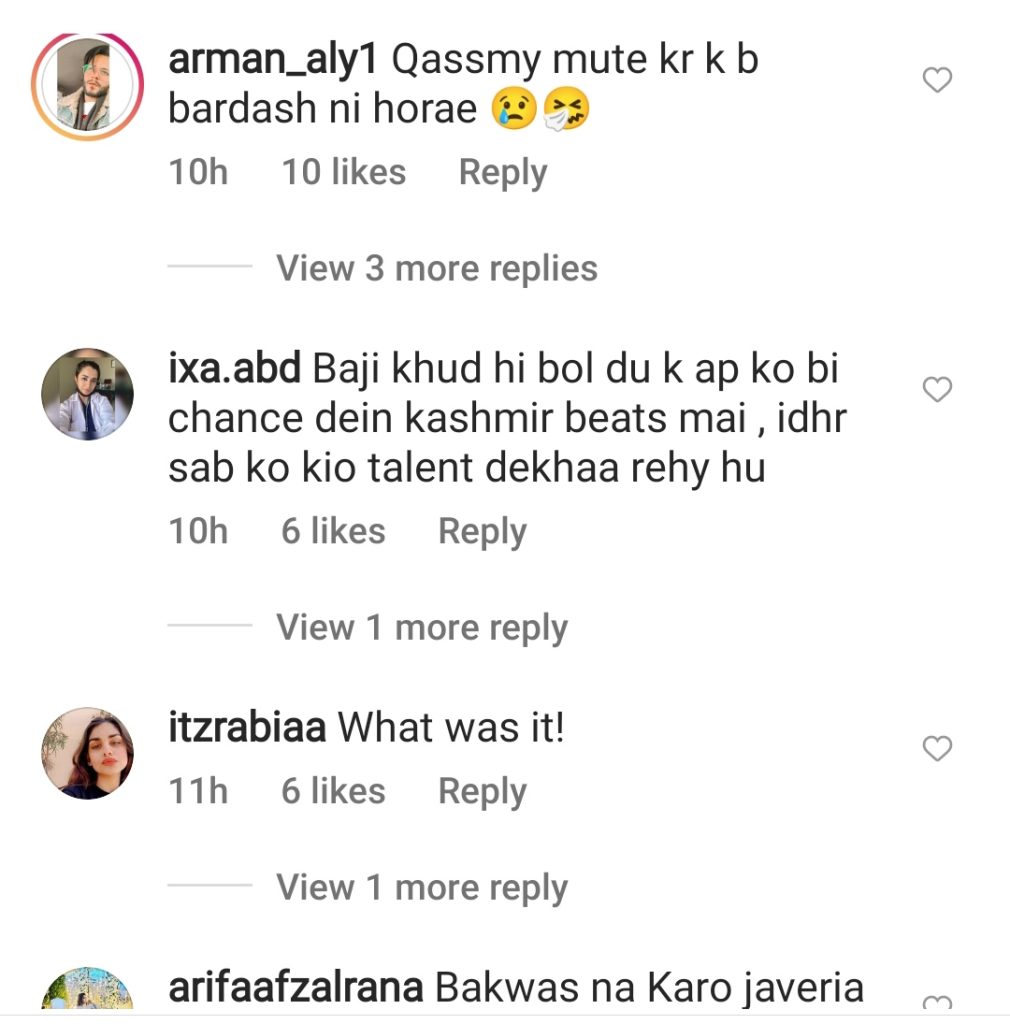 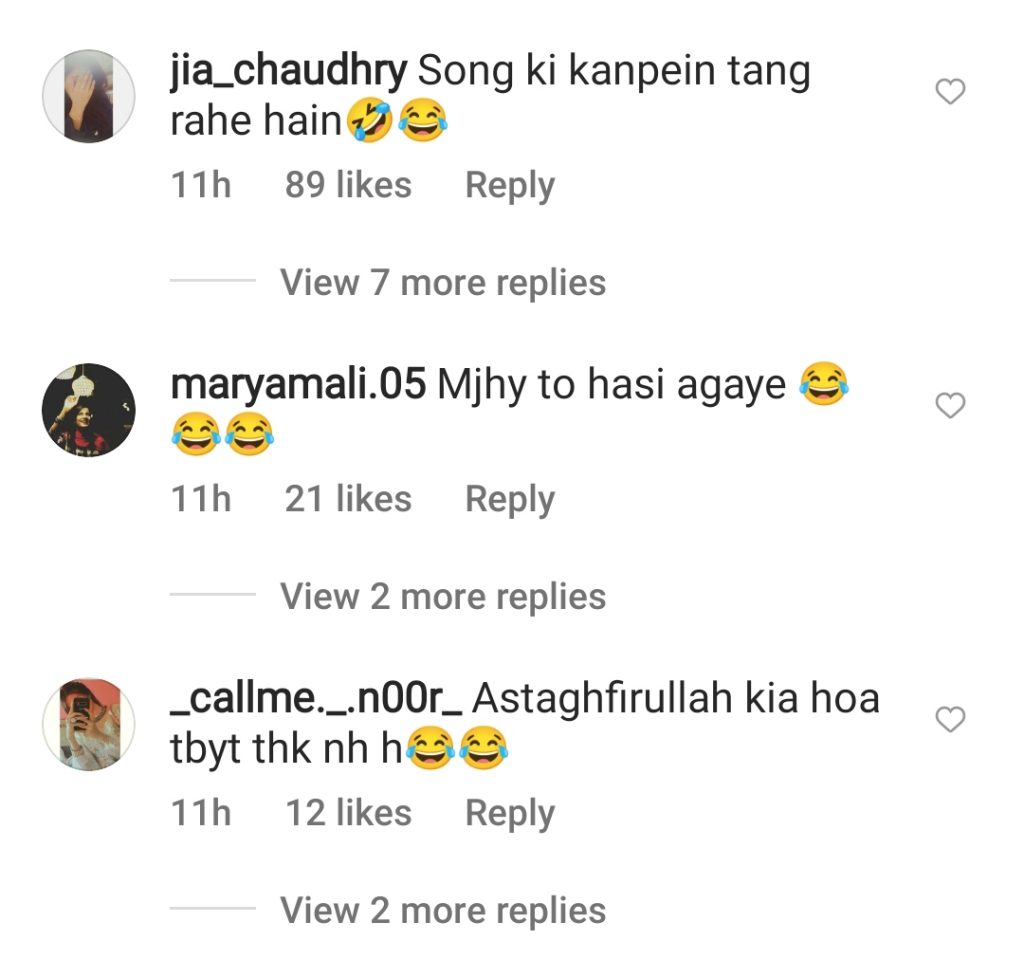 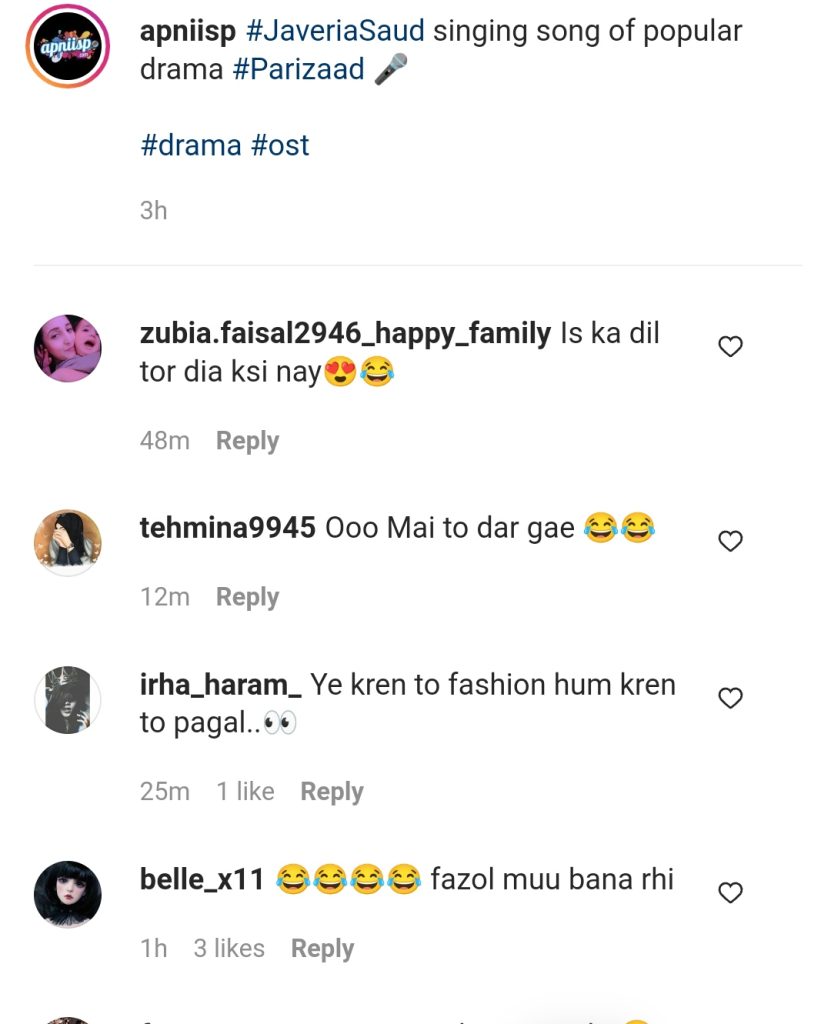 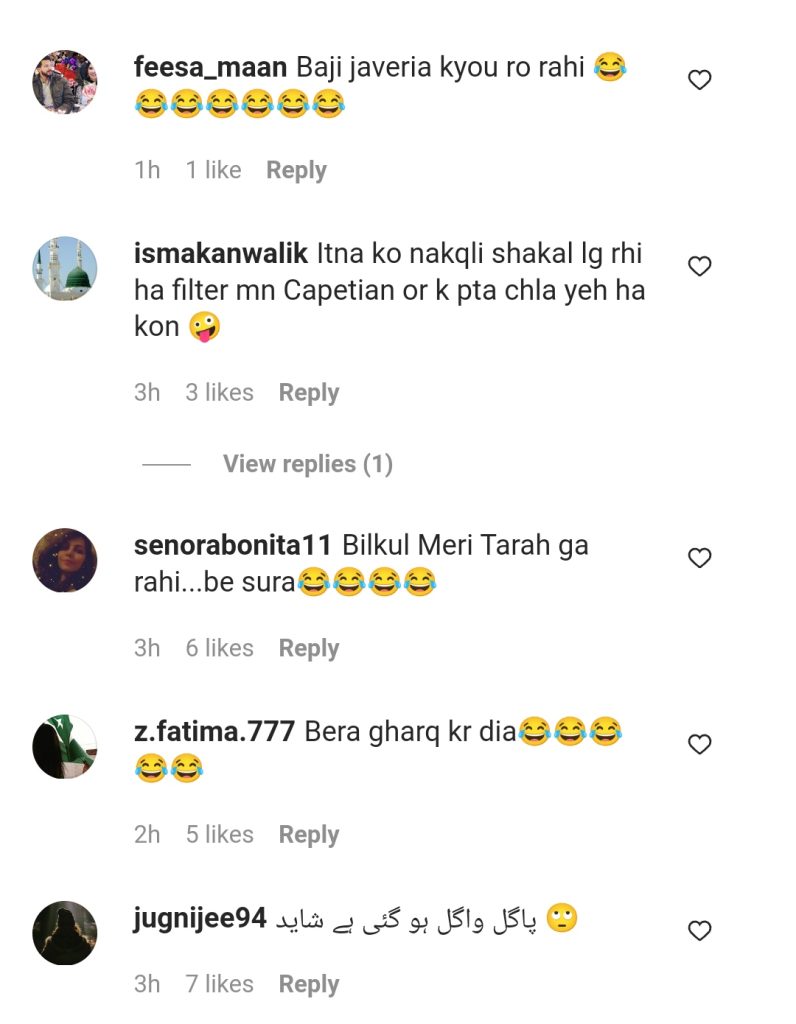 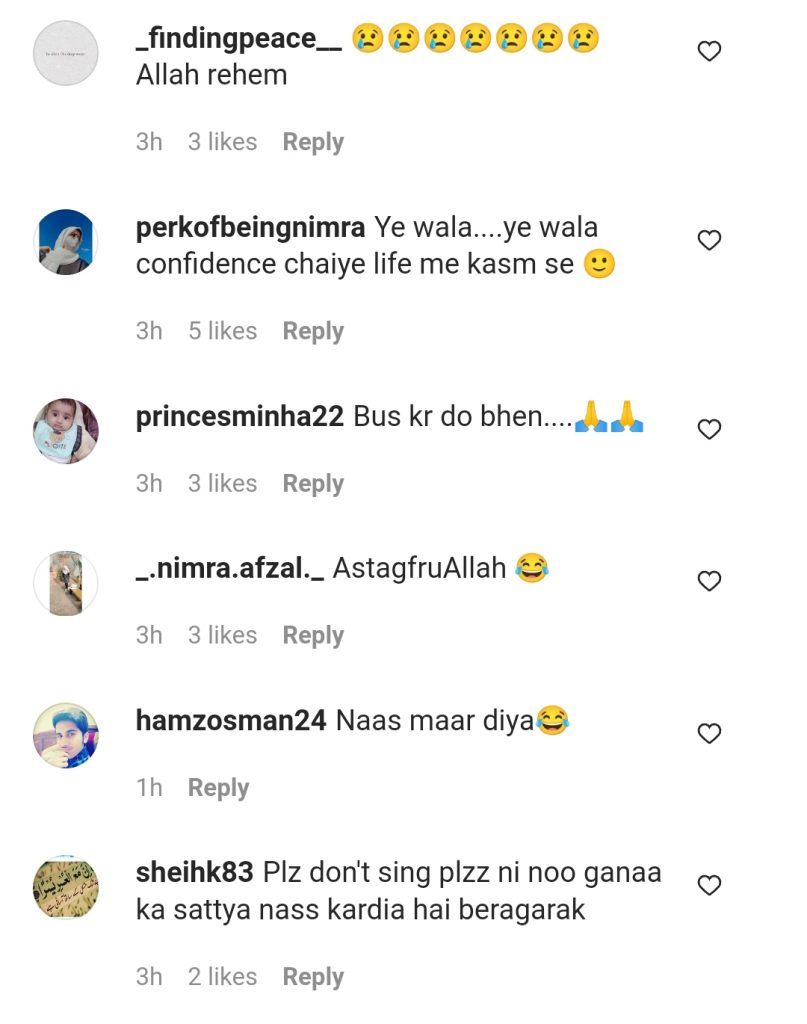 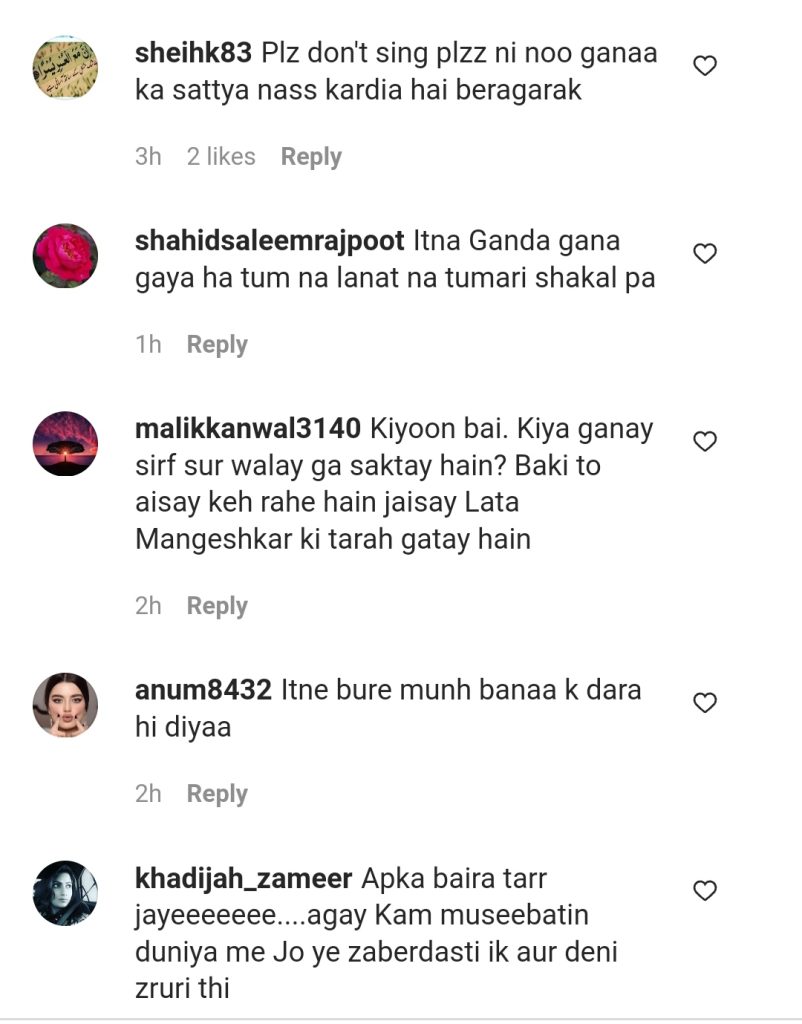 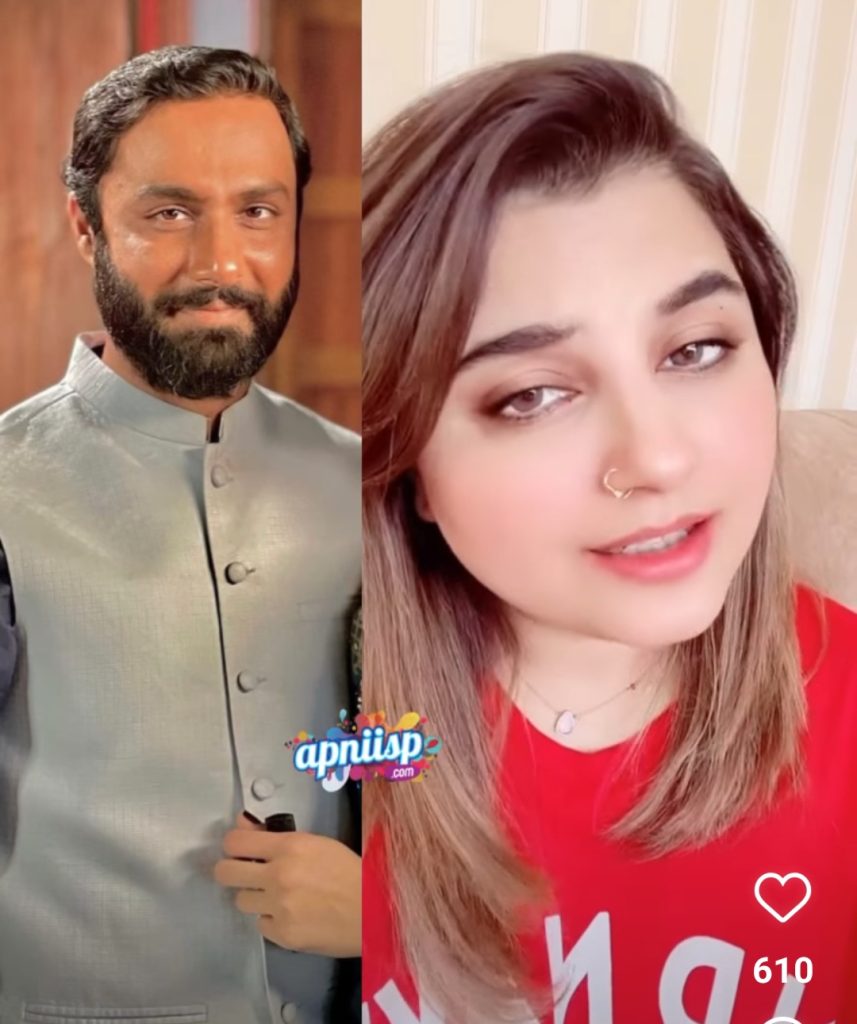 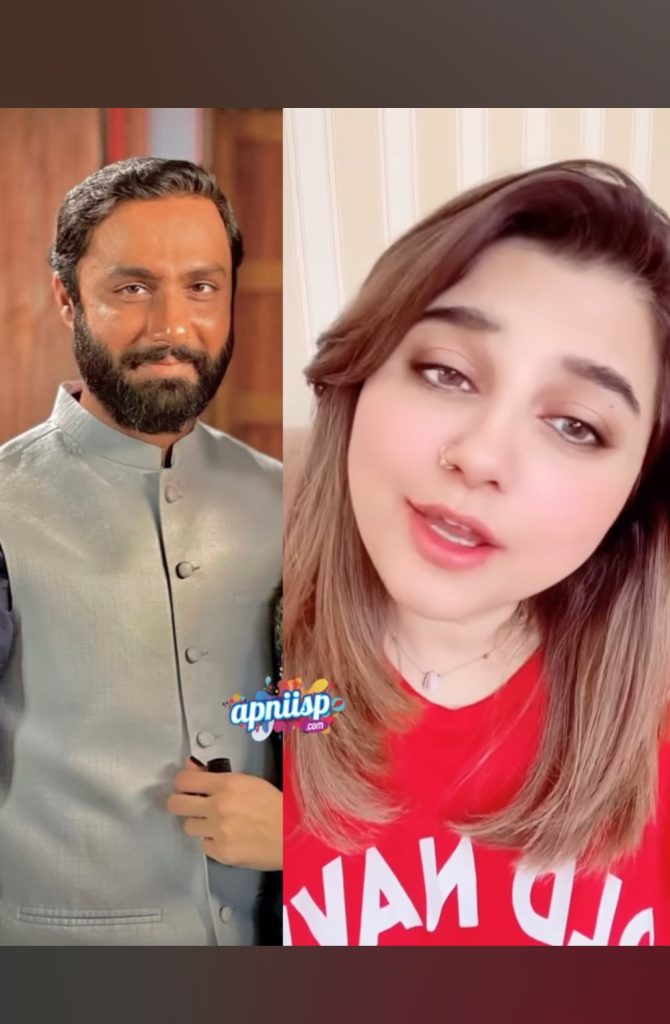