The divorce ratio in eastern societies is also increasing rapidly. With all the advancements, modernization, independency and changes in the mindsets, the ratio of divorce is rising in the eastern part of the world as well. Once, the act of divorce was only associated with the Westernized societies but now it can be called that Eastern societies are equally prone to it. The young people who are getting married have become more of impatient and they just want to get out of relationship, if they don’t connect with each other. 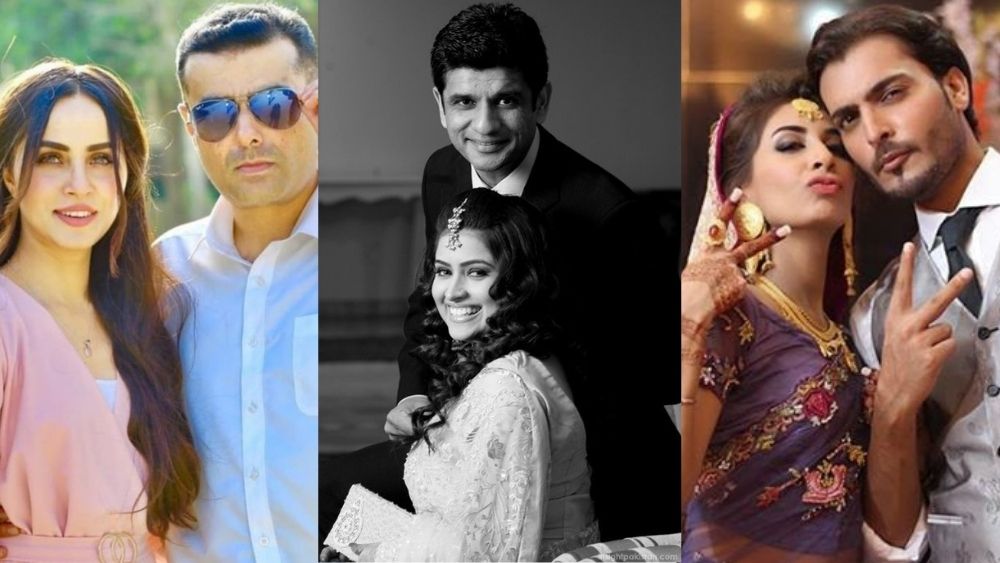 According to the statistics, in Pakistan, Lahore, alone, has seen 500 cases in last 10 days, yes, 500 divorce cases have been registered in courts which is an alarming number. In the statistical reports, it is said to be mentioned that the majority cases were filed by women who married the men of their own choice but ended up deciding to part ways. 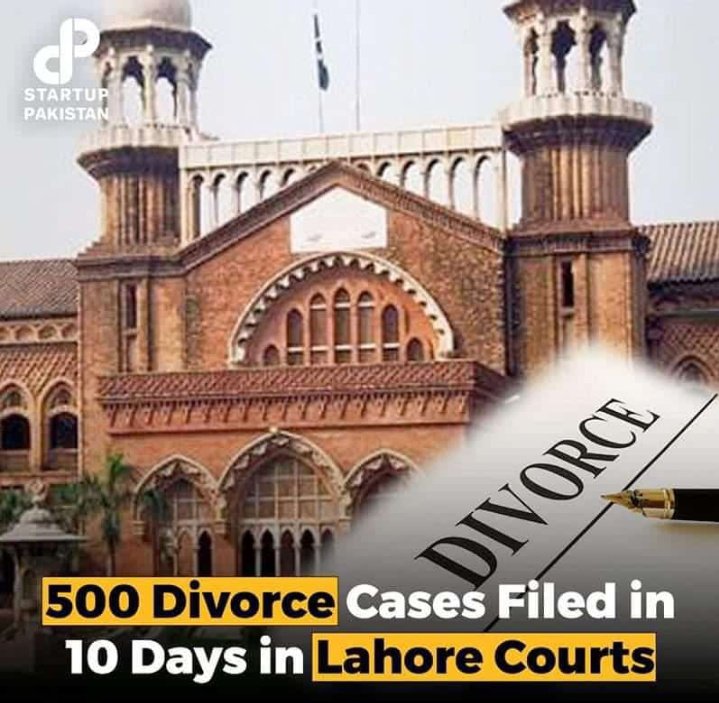 Well, the people are weighing in on the horrific increase in divorce ratio in Pakistan, saying that the young people get into the relationships quickly without settling their finances. One Facebook users said, “Unrealistic expectations and romanticizing everything – simple as that. A marital life requires patience, compromise, and partnership from both to make the ends meet”. Another user said, “Patience and compromise are considered as a backbone of relationship. Either it’s a couple or friendship. At present, world became a competitive market where everyone wants more than one another. Besides it, materialistic desires made it worst where sacred relationship turn into divorce. One Twitter user also shared, “In the past 10 days, up to 500 divorce cases have been filed in Lahore’s civil family courts by women, the majority of whom married the men of their own choice but now wish to divorce them due to an increase in domestic conflict brought on by their husbands’ unemployment”. Here are the comments. 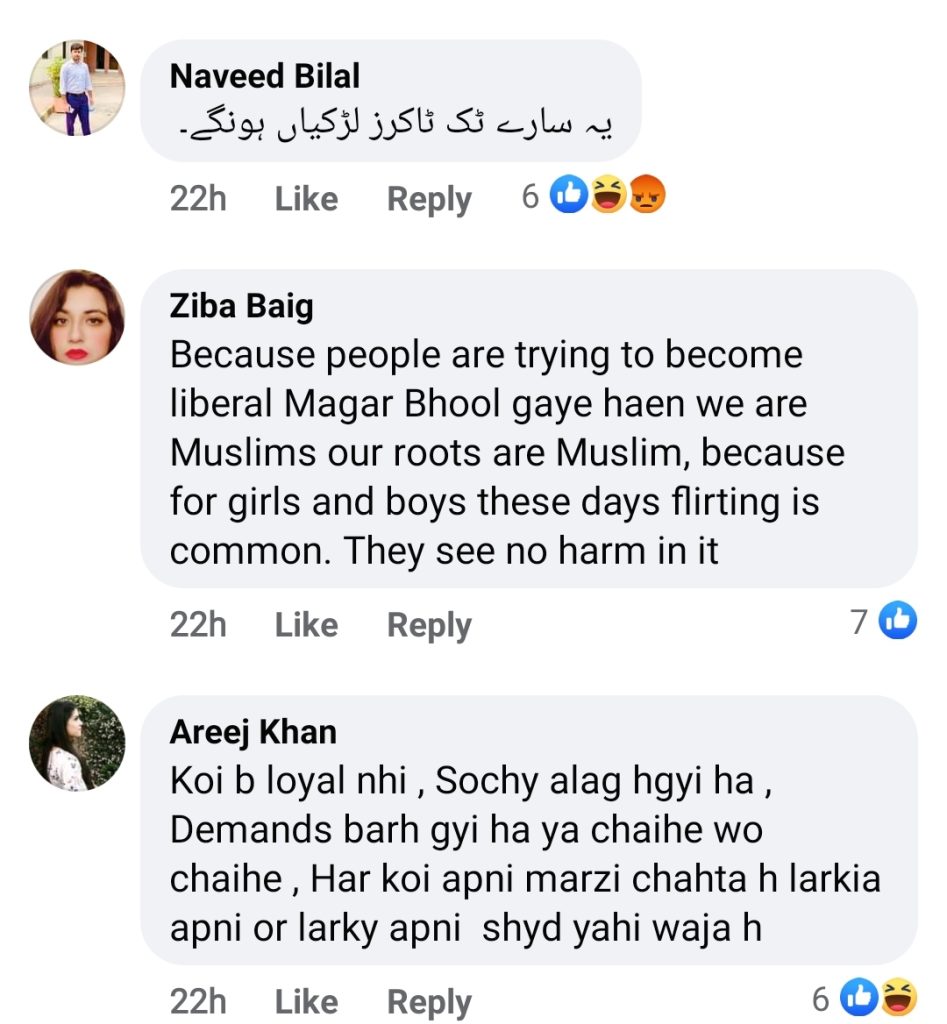 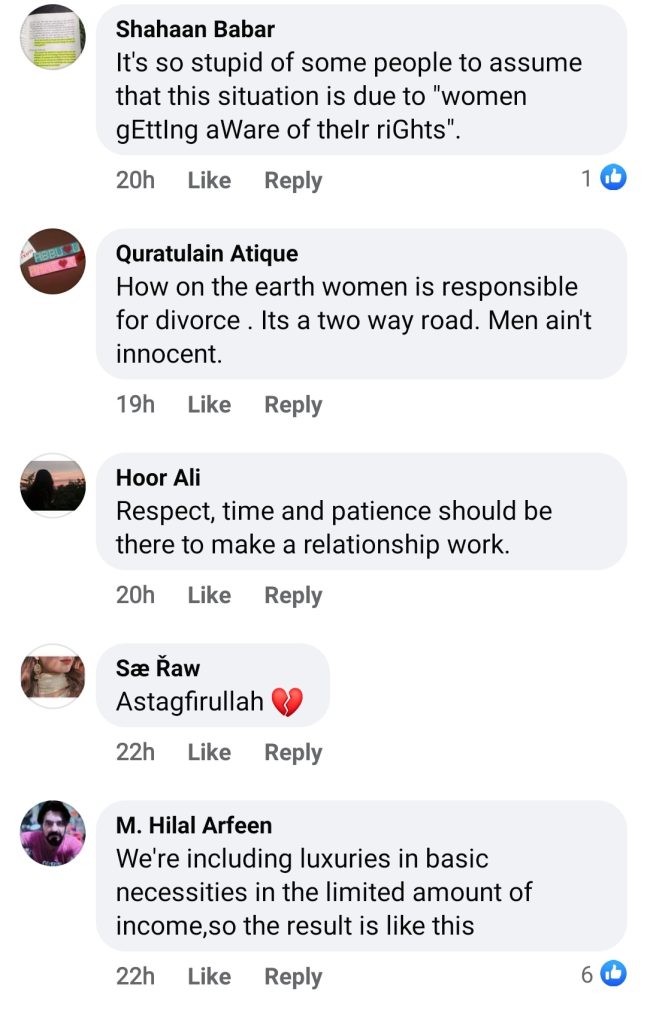 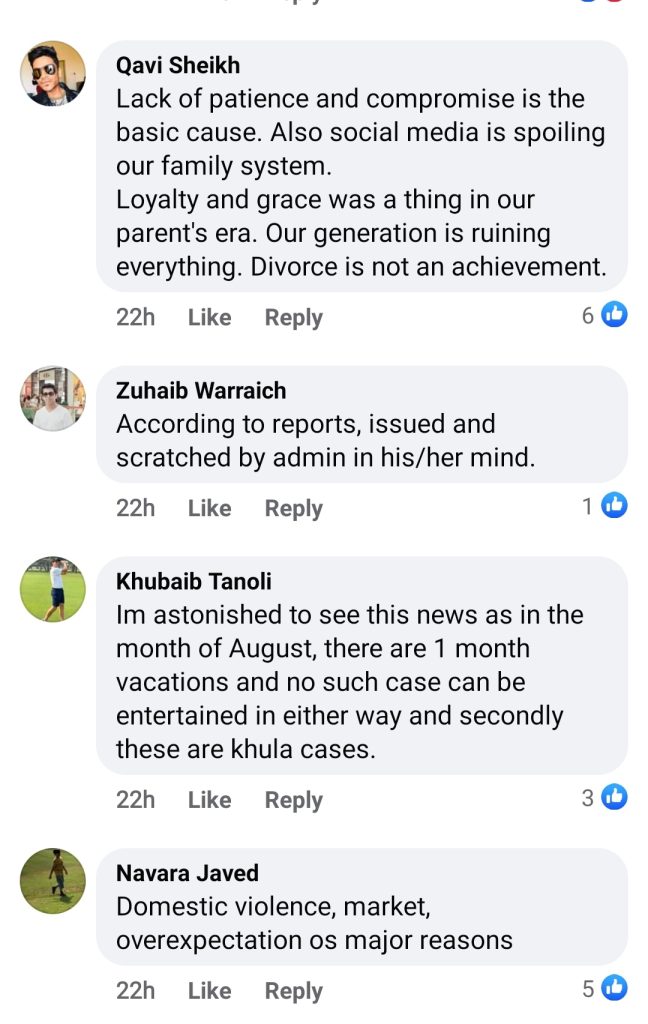 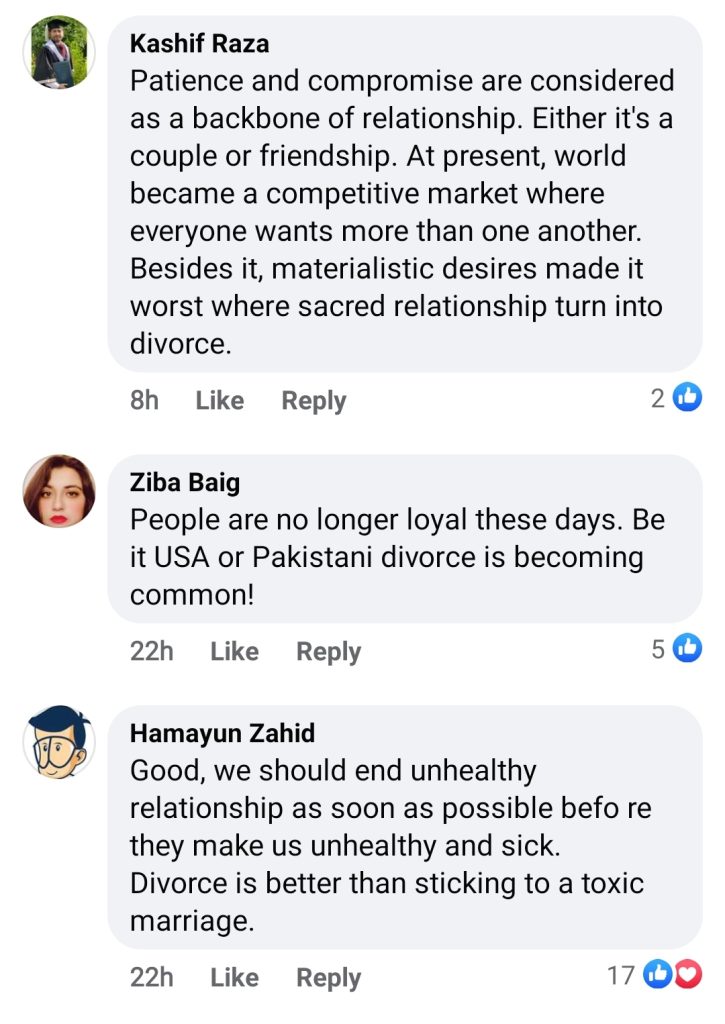 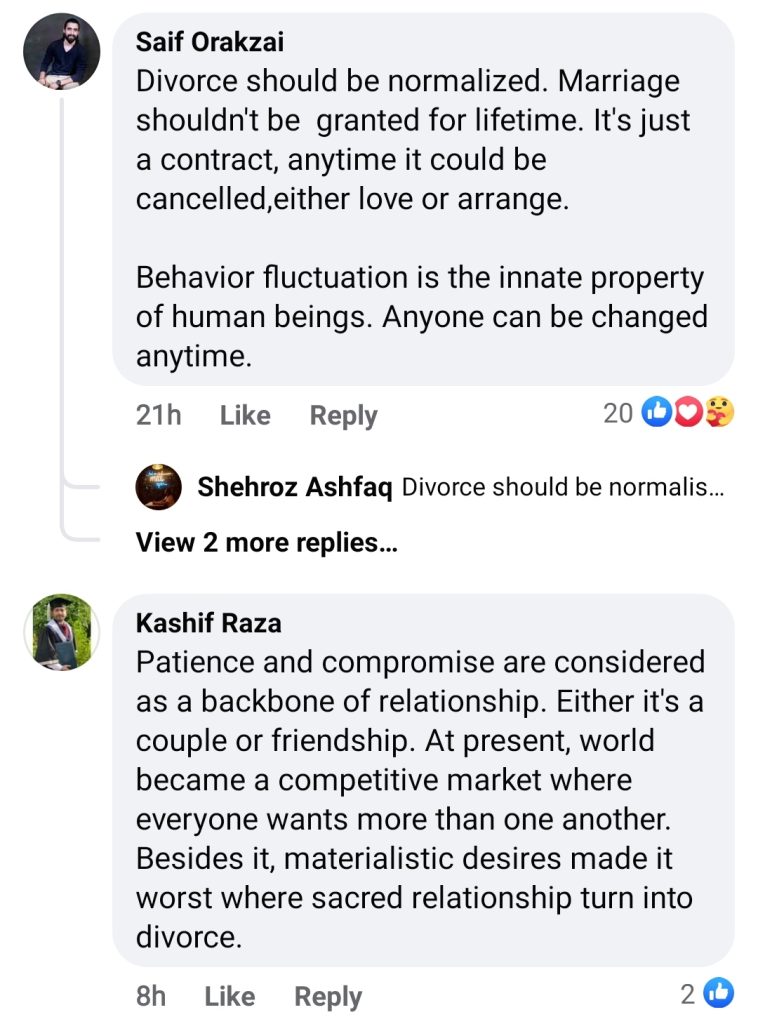 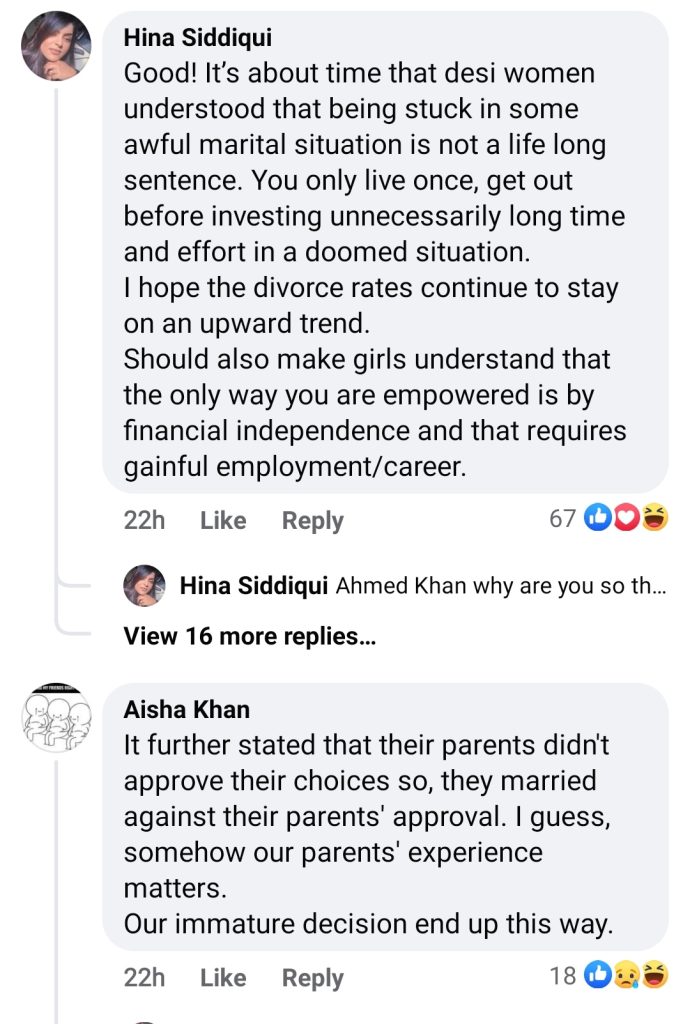 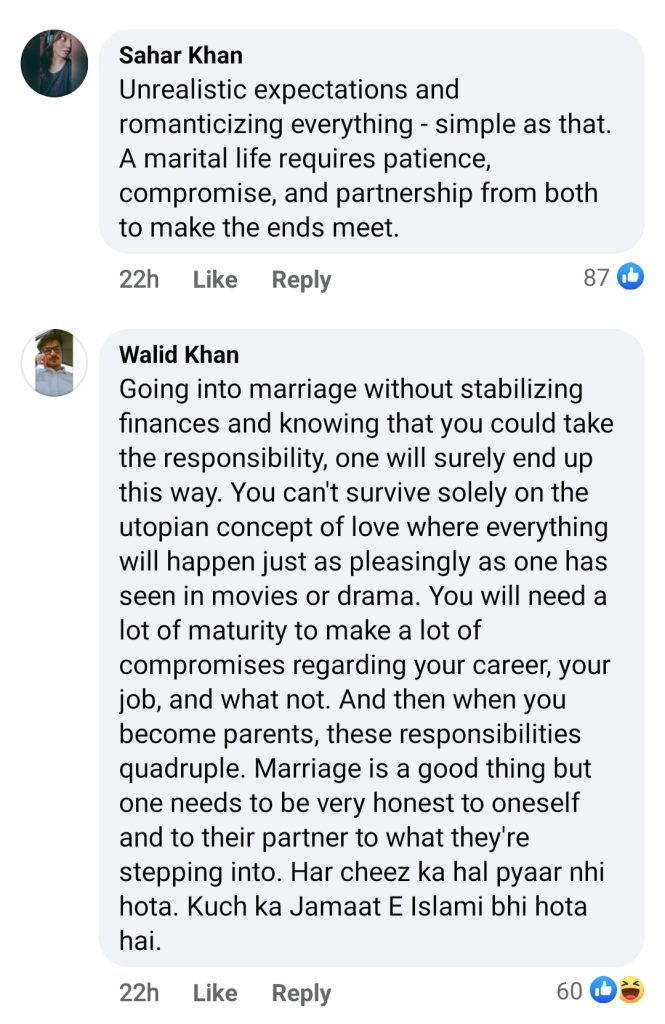 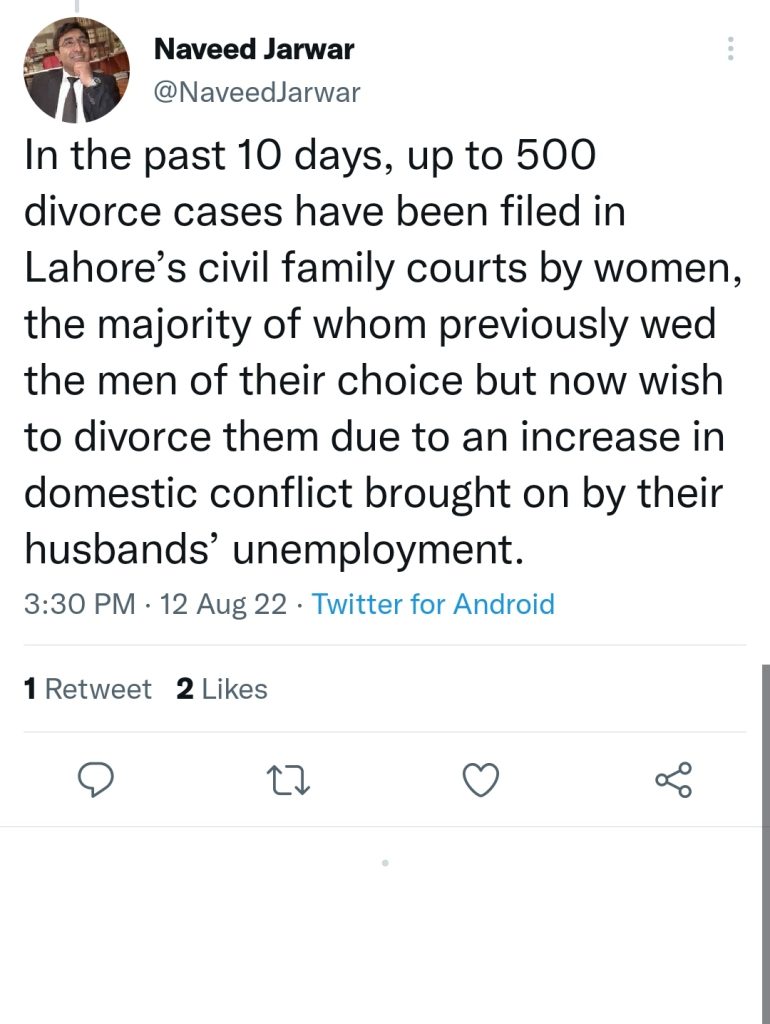 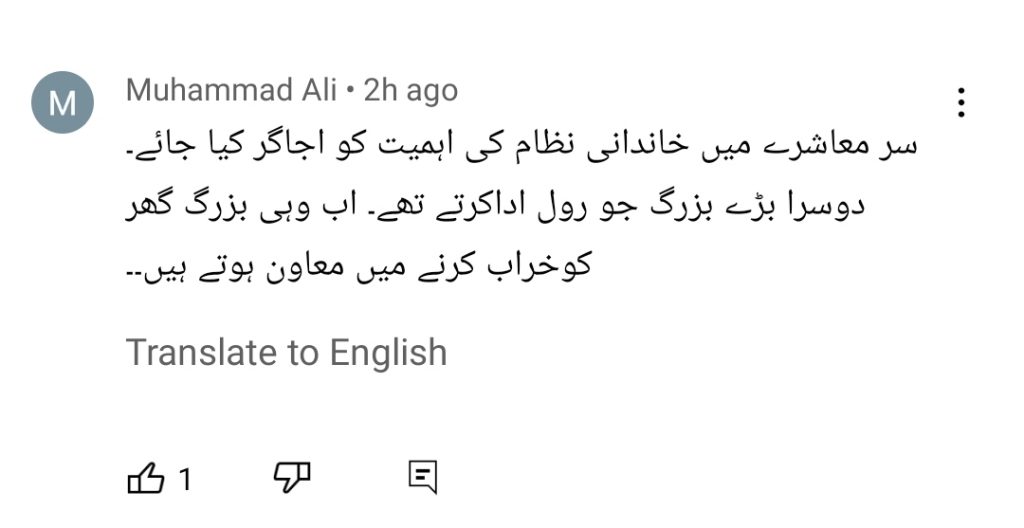 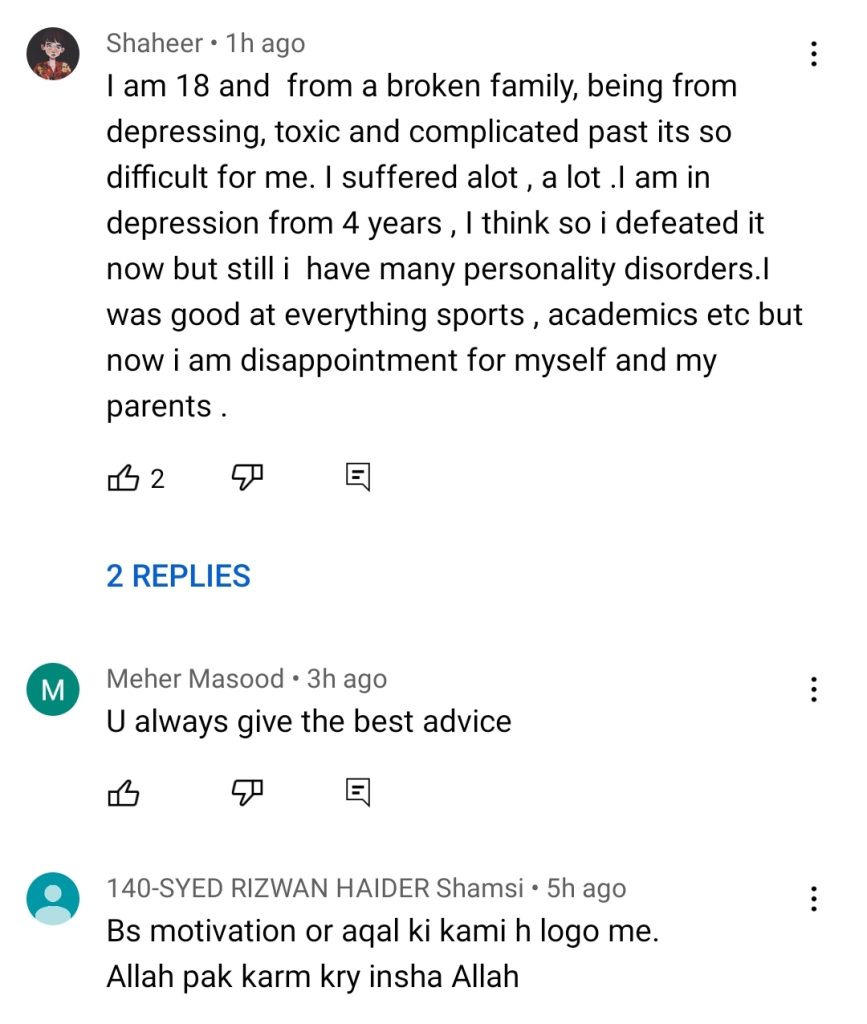 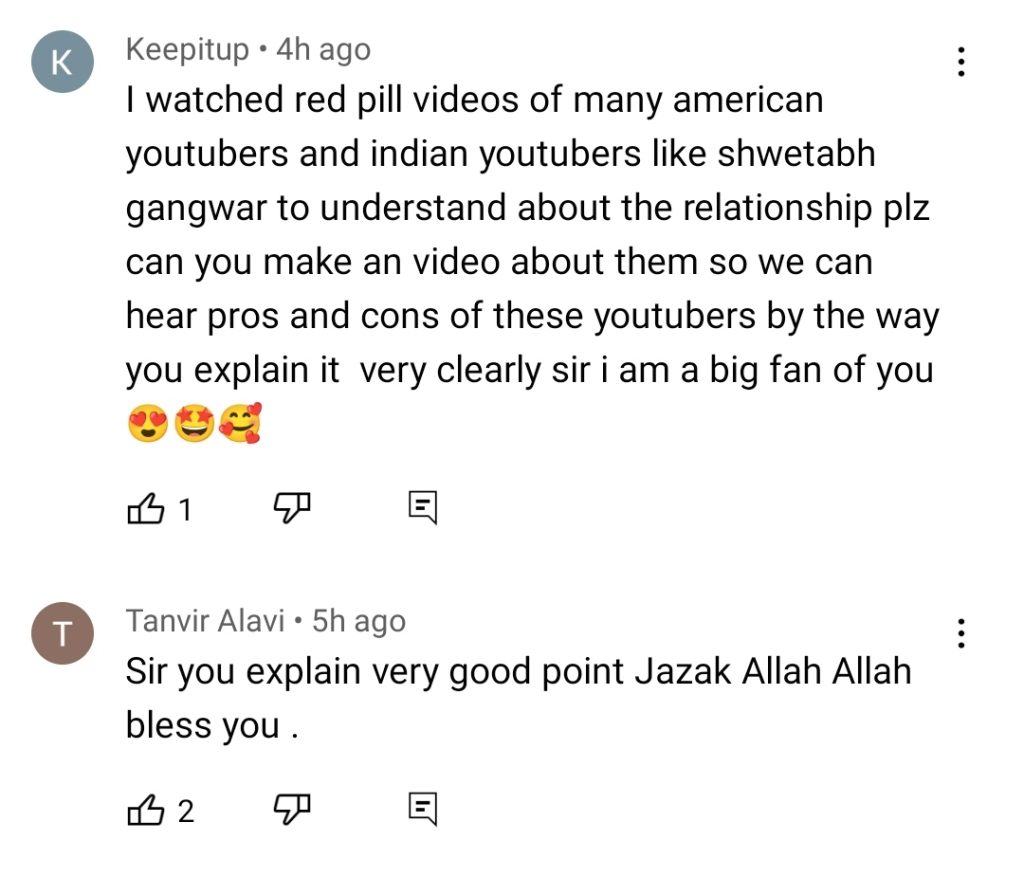 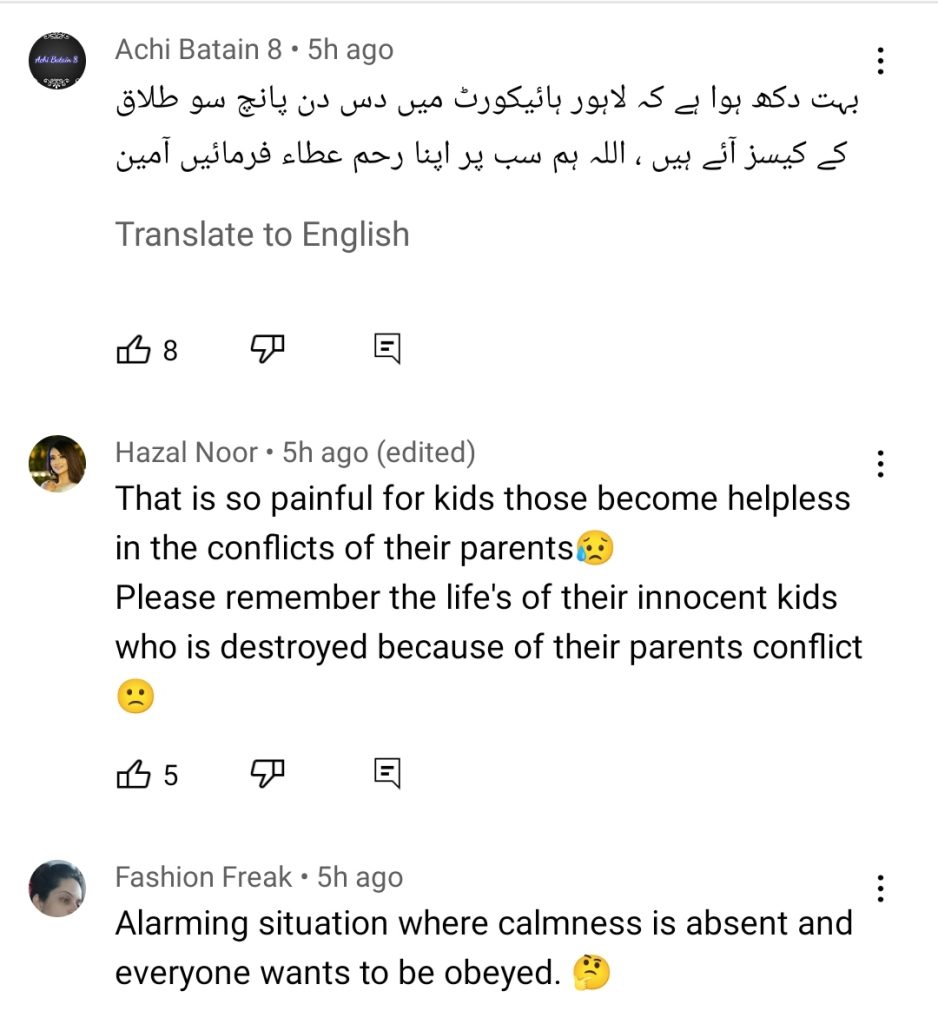