Back in 2000’s Ramzan transmission meant listening to naats and watching shows which interpreted the real meaning of Islam. Come 2017 and the audiences are silently praying for the return of sanity and secretly wondering what will the hosts do this Ramazan to sway the rating chart?

All the channels are playing it safe to have the highest TRP. So, let’s see who’s ruling the Trp charts this Ramzan.

This year, the top most popular leading hosts are of ARY Digital and Bol TV. 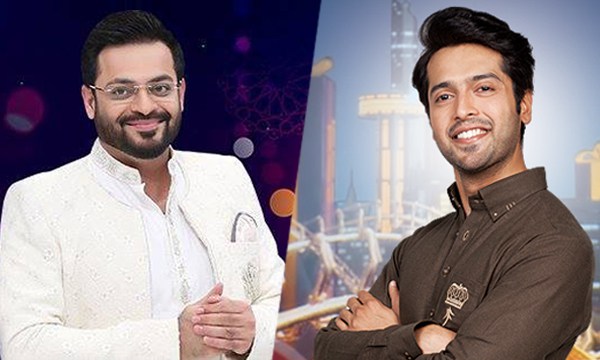 Bol Tv might just have guaranteed themselves a top spot on the ratings chart for Ramazan by locking deal with Amir Liaquat. While, the man of the moment, Fahad Mustafa continues to host his ever-popular game show, Jeeto Pakistan after Iftar.

At one hand, Bol’s game show ‘Aesay Nahi Chalega’ being hosted by Amir Liaquat is giving away mini airplanes. On the other hand, Ary Digital’s show ‘Jeeto Pakistan’ hosted by Fahad Mustafa is giving away around 10 cars per show.

ARY Digital has released its official ratings which also includes statistics of various other channels like Geo Entertainment, Hum TV and TV One. ARY leads with 379 GRPs for the 1st and 2nd of Ramadan transmissions 2017 for Shan e Ramzan and Jeeto Pakistan. 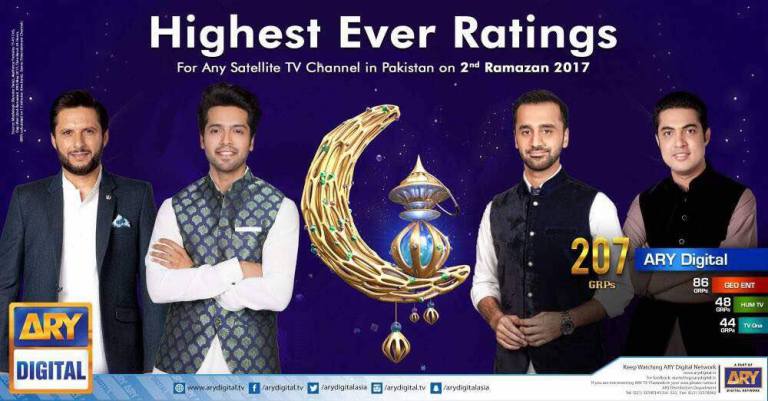 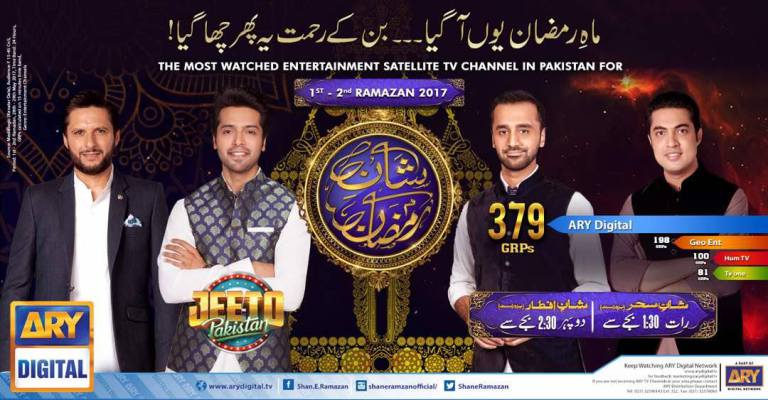 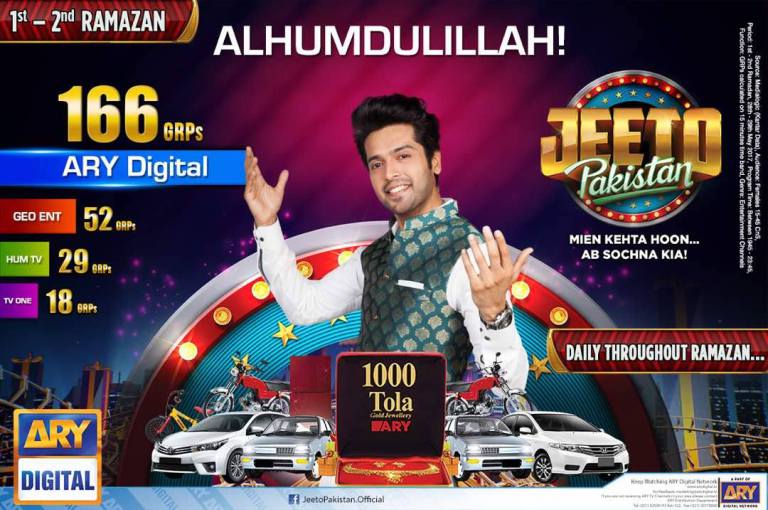 Meanwhile, Bol opened to the record-breaking rating of more than 50% viewership, becoming most watched Ramadan transmission watched in the country. 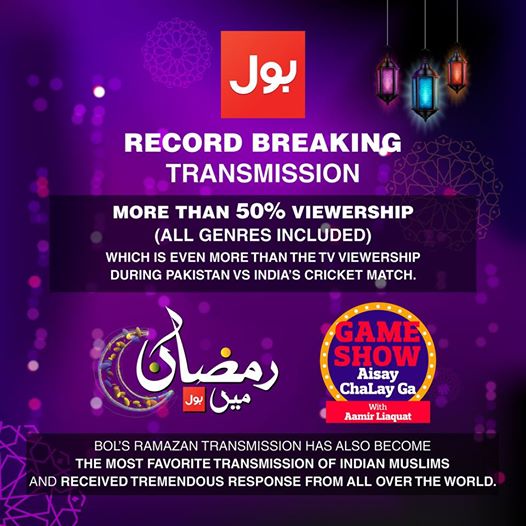 All in all, the trp charts makes us wonder who the real winner is!