Internet is on fire since some pictures of Ranbir Kapoor and Mahira Khan smoking on the street in NYC went viral. Many people are bashing Mahira; since she has always maintained a very innocent image in front of the public; watching her smoking in a skimpy dress didn’t settle with many of her fans. On the other hand hardcore fans and many celebrity friends have defended the diva too. Mahira has not said a single word on this but Ranbir’s reply is here. He has showed disappointment on all the backlash Mahira is getting and has said that he admires her: 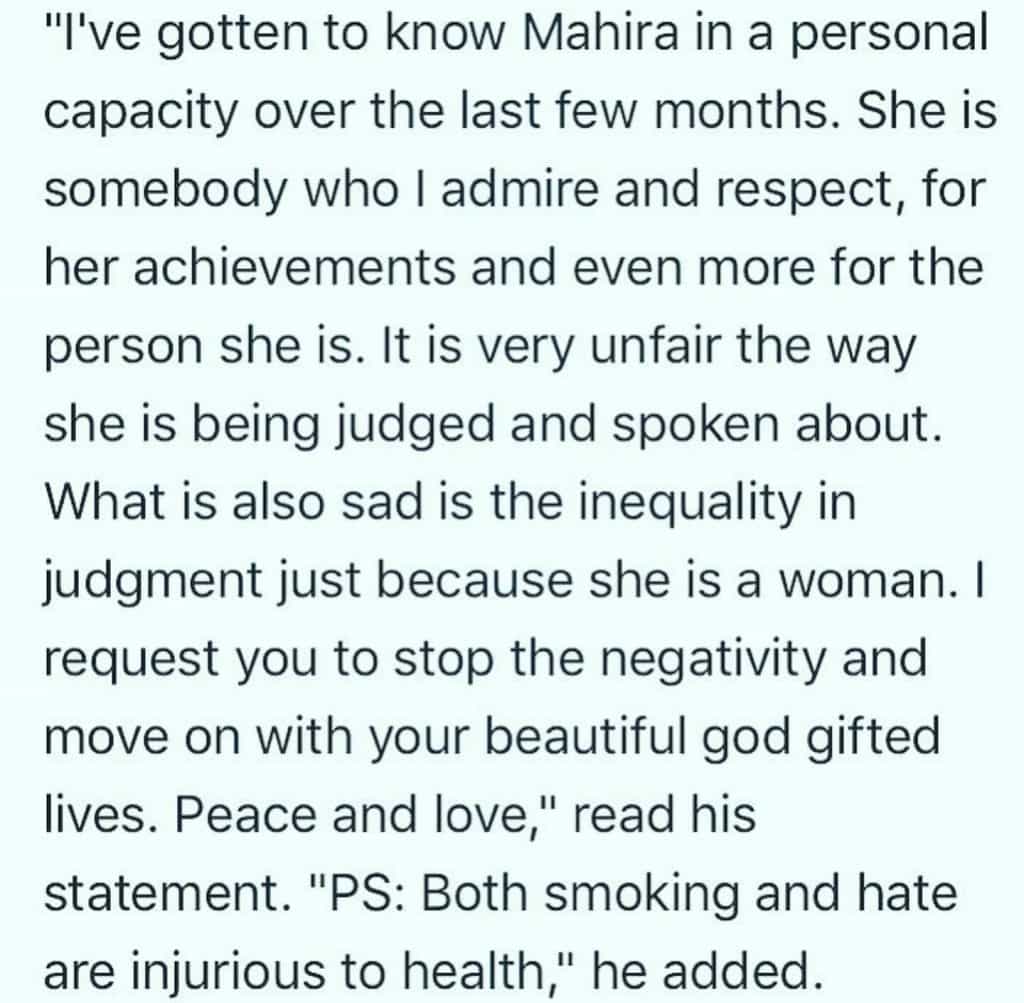 Fans are waiting how Mahira would address this controversy since Ranbir’s thoughts are out now!