Ranbir And Smoking ; The Lighter Side Of Life With Mahira Khan

There was a huge storm in the aftermath of Mahira Khan’s leaked pictures from the roads of Newyork as she was hanging out smoking with Ranbir Kapoor in a very skimpy little dress.

Pakistani public and celebrities alike have commented on it from all sides: there has been moral police to defense counsel to neutral peacemakers. However, there are a few jolly fellows who have created memes and photoshopped a little humor into the whole situation. We have gathered some of the funny ones here;

The dramatic Falak for her cigarettes;

When Mawra loses control over her shattered dreams; 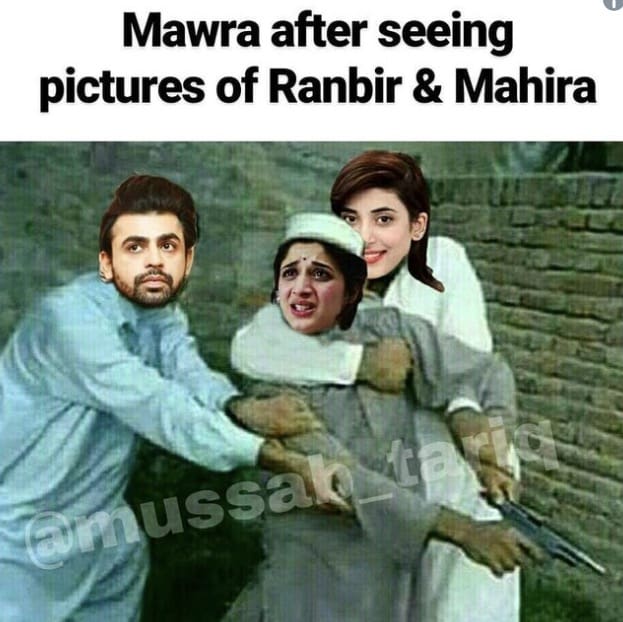 The diva promoting Kash after Lux;

The CID investigates the heart of the matter; 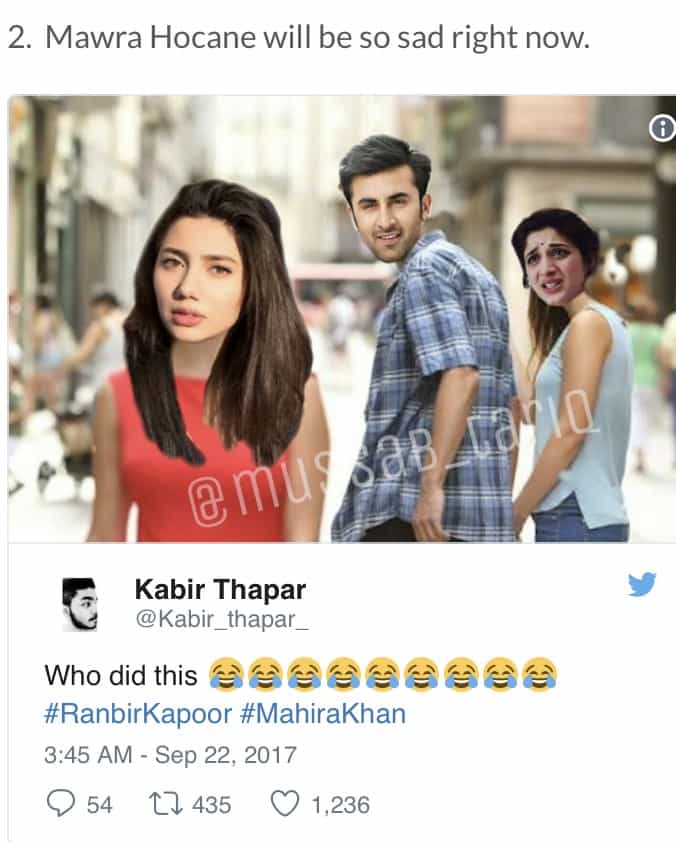 What Mahira herself said about smoking;

Ashar’s shocked reaction at his innocent Khirad doing all that; 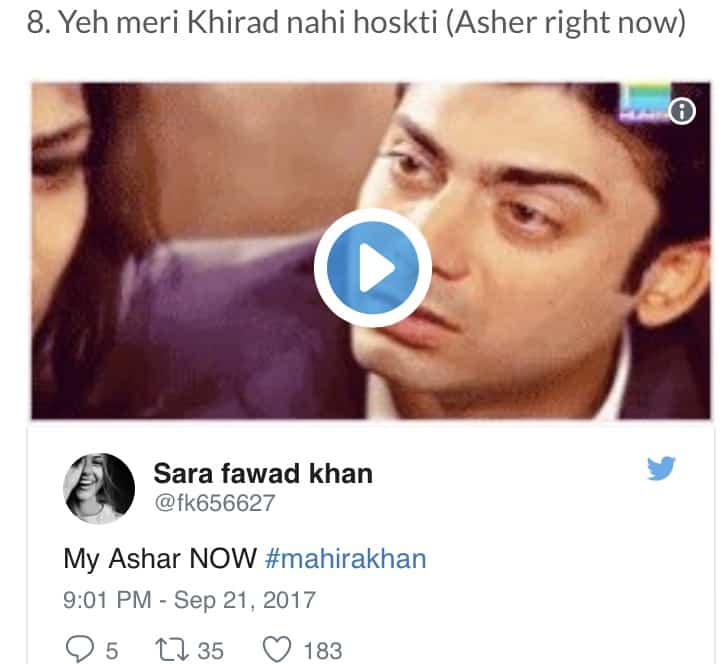