Madiha Imam  is a Pakistani VJ turned actress. She is known for her roles in Dhaani and Heer. She made her film debut with Dear Maya in 2017. And The Hit Pakistani Serial Dushman-E-Jaan On ARY Digital.

Her television debut was in the Hum TV drama Ishq Mein Teray opposite Mehwish Hayat and Azfar Rehman, where she played the supporting role of Laiba. Subsequently she is known for her leading roles in Heer, Dhaani, Saanp Seerhi, Zoya Swaleha and Zakham. Imam also appeared in a Bollywood movie Dear Maya  opposite Manisha Koriala.  In 2018, she appeared in Faiza Iftikhar’s Baba Jani aired on Geo Entertainment.

Madiha Imam’s drama serial Muqaddar in which she is starring against Faysal Qureshi is currently airing on Geo Entertainment.

Here we have latest clicks of Madiha Imam. Madiha Imam is wearing this beautiful black Gharara and shirt with pink dupatta from Zainab Chottani. The pictures are captured by Rehan Mithani.

Lets’s have a look at these adorable pictures: 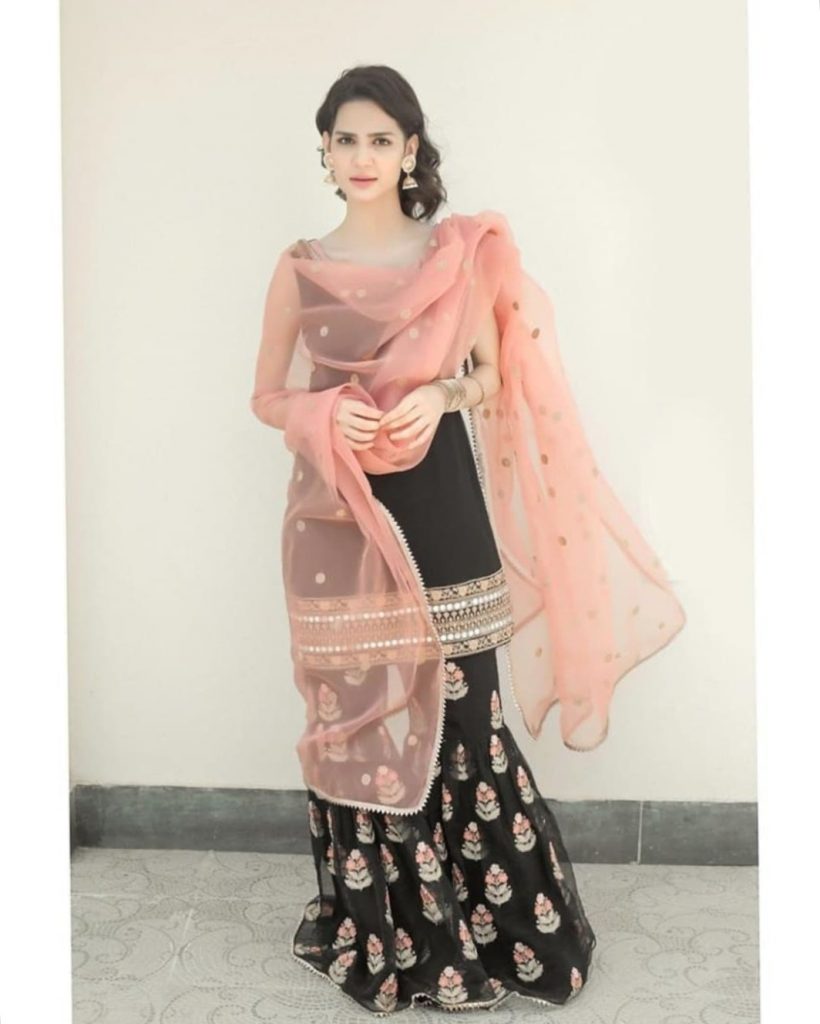