Saba Qamar, whose full name is Saba Qamar Zaman is the queen of expressions and versatility. A Pakistani actress who is loved not just in Pakistan but all around the globe, She has a unique style and personality. There is a misconception that She changed her name when she entered the entertainment industry, that is not the case. She was given this name by a neighbor when she was born. She does not believe in changing her name for fame.

She was born in Hyderabad, Sindh. She moved with her family to Gujranwala, Punjab after her father passed away. A few years later they moved to Lahore, where she got her education and that is from where she started working in the drama industry. She has done modeling, fashion photoshoots, and even hosting. Saba decided to stick to acting alone after modeling for a few years. She felt like she was born to perform, she thought that being focused and choosing one field would have been a wiser choice.

She landed in the field of acting purely by chance. She went with her mother’s friend to watch the shooting of a Pakistan Day special drama. As it turned out, the heroine failed to make it to the shooting. That is when the director asked her to perform the leading role. Saba read the lines given to her and was surprised that performing came effortlessly to her. Everyone in the room clapped when she delivered her first few dialogues and gradually she realized that this is what she was meant to do.

She belongs to a Syed family in which it was strictly forbidden for girls to work in showbiz. When she decided to take this step, she faced a lot of opposition from her family. She started working in 2004 and she made sure that she proved to everyone that showbiz was a decent profession. Saba Qamar strictly believes that this impression about showbiz is entirely wrong. She thinks that if someone wants to do something objectionable, they can and will do so in any field at all.

The talent of acting is something she has been blessed with by God. She wasn’t aware of this talent of hers until she started performing. According to her, she is still camera shy but when she is doing the shooting for her dramas, she instantly gets into action and does not feel shy anymore.

Above everything else, She is a determined woman who feels that she is not in competition with anyone. She believes in giving everything she does her best without caring about the ‘race’ which goes on in the industry. She has learned a lot over the years and her yoga instructor has played a major role in making her see life and her work in a completely different light.

In a recent interview, Saba Qamar talked about her experience of working in India. She worked alongside Irrfan Khan, who was considered one of the biggest actors of Bollywood. She shared that she wanted to learn from him and expected that maybe he will be pointing out her mistakes every now and then but he did not do that. He however taught her a new way of acting. She shared that she learned so much from observing the way he acted and the tips he gave her.

Saba Qamar always wanted to work with Irrfan Khan so this was like a dream come true for her. The fact that he was always so down-to-earth made her like him even more after the experience of working with him.

Saba was born on April 5, 1984. She is 36 years old. Even when She had just started her career, she played leading roles with actors who were much older than her. At that time many people advised her against it since they were of the opinion that her fans would start thinking that she was much older than her age. Saba Qamar did not pay heed to such advice since she is pretty sure that age is just a number when it comes to performing arts. She thinks that actors don’t have a shelf-life and she has always loved to experiment.

She is extremely photogenic which is why her family friend thought she has the perfect face for the camera. Her beautiful face and style are the reasons why she has also been part of many leading photoshoots of top Pakistani designers. Here is a beautiful pic of Saba Qamar. 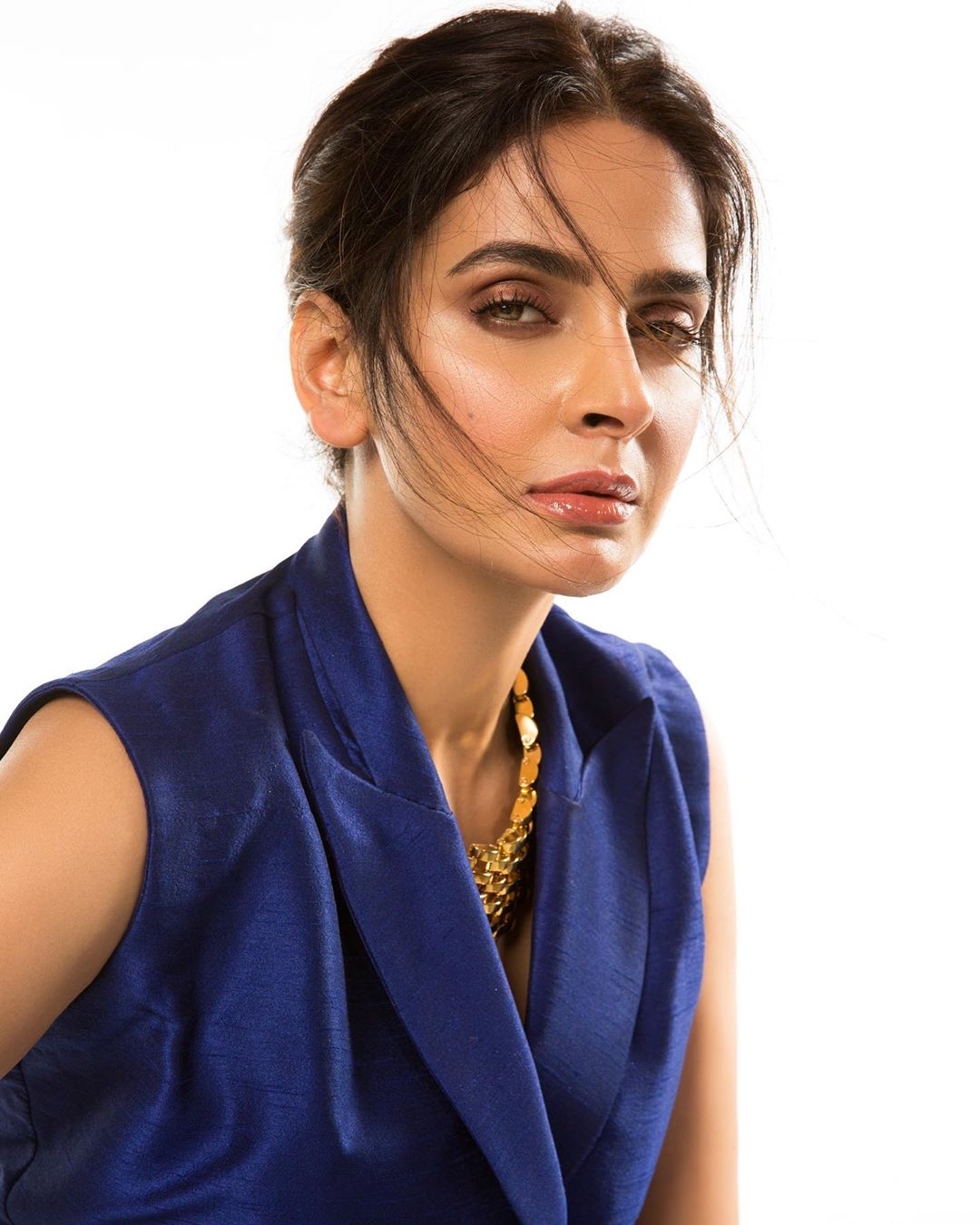 She has a tall height. She is 5 feet 5 inches tall. That is the reason why she is one of the favorite models of the leading designers in Pakistan. Lately, Saba Qamar also lost a lot of weight, she got into shape and she also changed her sense of style therefore she looks more stylish than ever now.

She belongs to a Syed family that believes in conserving old traditions. Saba Qamar’s father passed away when she was really young. That is when her mother moved from Hyderabad to Gujranwala because that is where her mother lived. She has one sister, her name is Nazia. Saba Qamar’s sister is her biggest support, she looks after her house and is also a friend. She also has an older brother.

She shared in an interview that her mother and sister both are really good cooks. All the women in her family make really tasty food. Although She likes her home tidy, she makes sure that it stays that way, she does not like to cook or do house chores. Saba’s mother and sister both do not like to join her in interviews. They make a conscious effort to stay away from the limelight.

Saba Qamar also shared that her mother had a dominating personality. Even now when all her children were all grown up, she tells them off when she feels the need to do so. Her mother is suffering from Hepatitis C, Saba Qamar does whatever she can to look after her.

Saba Qamar has an older sister, her name is Nazia. Her sister has always been there by her side. Saba’s sister lives in Lahore and she tries to stay away from the television. Saba talks rarely about her family in interviews. In one of her interviews, her sister made a brief appearance but did not say much.

Saba Qamar posted a few months back that she has been unwell for the past few years since she had Hepatitis C. She has a strong personality just like her daughter. When her mother was unwell, Saba Qamar posted pictures on her Instagram page from the hospital and asked her fans to pray for her. Here are some beautiful pictures of Saba Qamar with her mother. 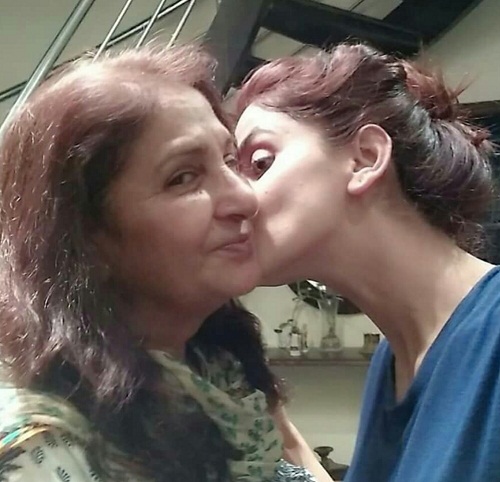 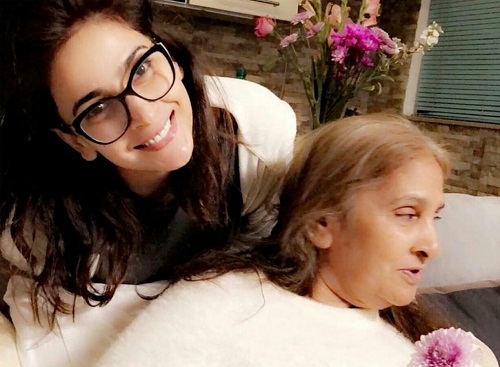 She is not married yet but recently she shared that she was in love. It is highly likely that Saba Qamar will be getting married soon since she has not even once shared before that she wants to get married or was in love. In the past, she often talked about the times she had fallen in love with people who actually taught her a lot. She openly confessed multiple times that her heart has been broken many times. So much so, that now she does not believe in taking love too seriously. Also, Saba is really romantic by nature.

Recently, Saba Qamar gave many clear hints that she was in love with the blogger Azeem Khan. The public was surprised by this announcement since she made it clear in many of her interviews that she was not going to be settling down anytime soon. When Saba Qamar posted her picture on Instagram, Azeem Khan commented ‘let’s get married this year’. Soon after these announcements, Ujala Ali Khan came forward and told the world how Azeem had harassed her some years ago. 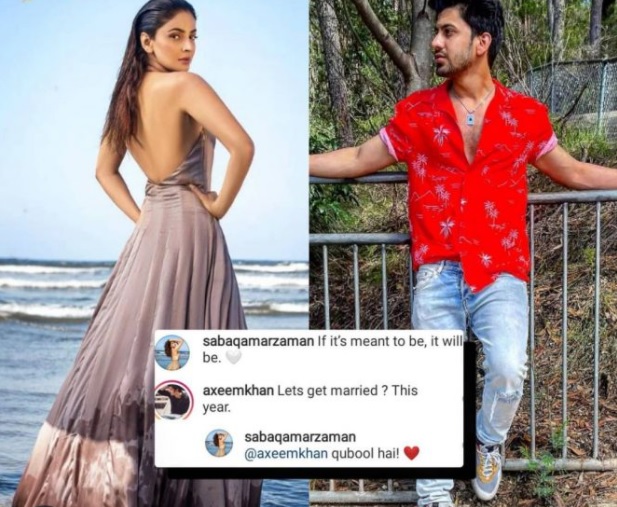 Azeem Khan defended himself in an Instagram video and Saba also supported him.  Saba Qamar looks for positivity in people, she likes to be around such people. She does not like people who are insecure. She feels that an ideal partner is one who trusts and is worth trusting. In a YouTube video which was posted on her channel, Saba Qamar spoke unapologetically about the man in her life with whom she spent 8 years of her life thinking that they were going to be together forever. He eventually got married to some girl in his family to please society and that was an end to a love story that existed only in her mind. She has come to the conclusion that dogs are more faithful than men!

All the drama serials which Saba Qamar has been a part of are mentioned above. Saba Qamar has worked with some of the most popular and talented people. She is also the most sought after actresses.

She has often talked about the ills of social media especially the way some people think that they have a license to say whatever they want to on social media. However, Saba Qamar keeps her Instagram active. She has more than 4 million followers on Instagram. She is definitely not one of those celebrities who measure their success based on their fan following on social media handles. She explains her personality as fiery, unshrinkable, and humane on Instagram.

Saba Qamar often posts bold pictures on social media because she does not care about what people have to say about her. Very often her pictures are criticized by people but often enough there are so many who love the pictures she posts. 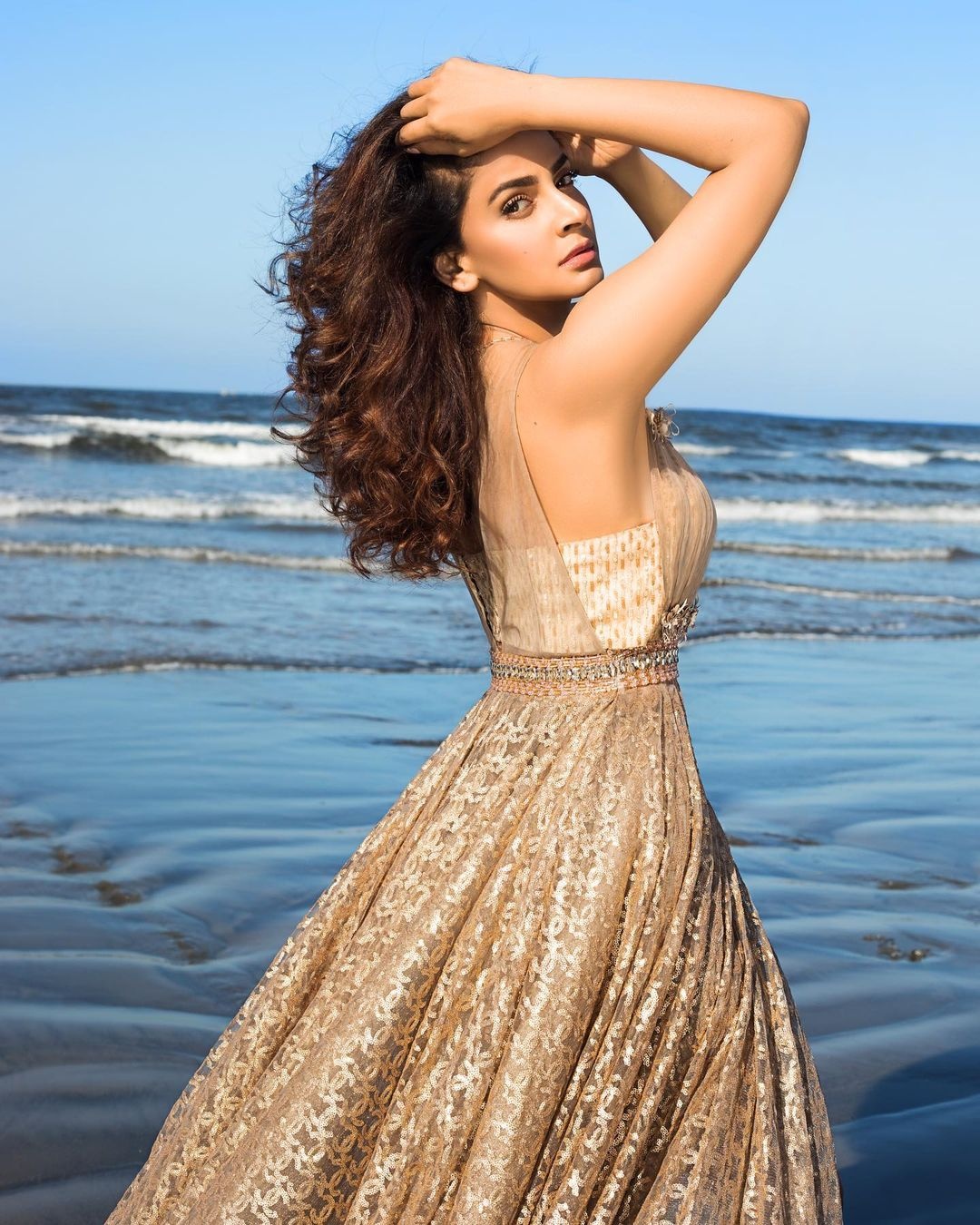 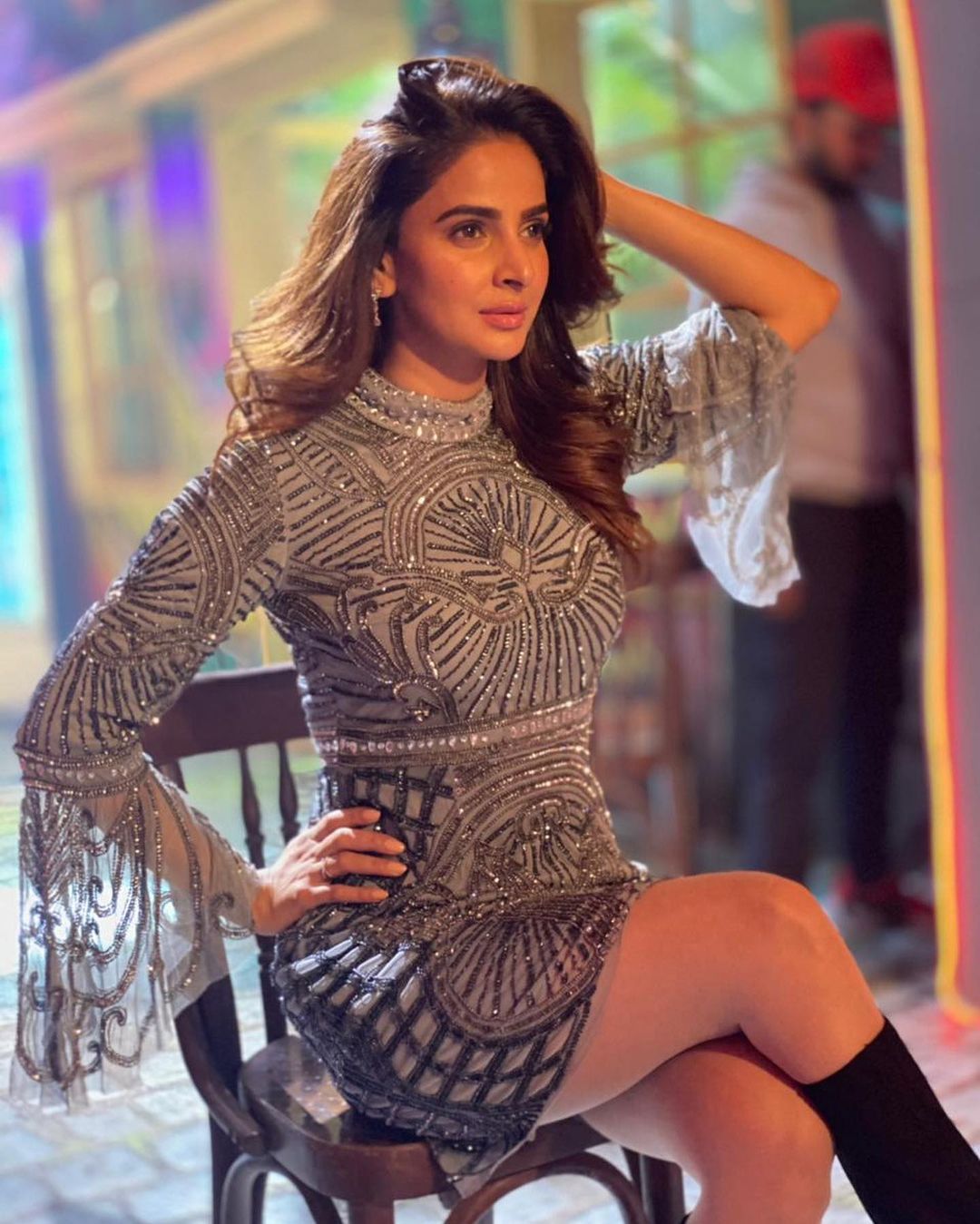 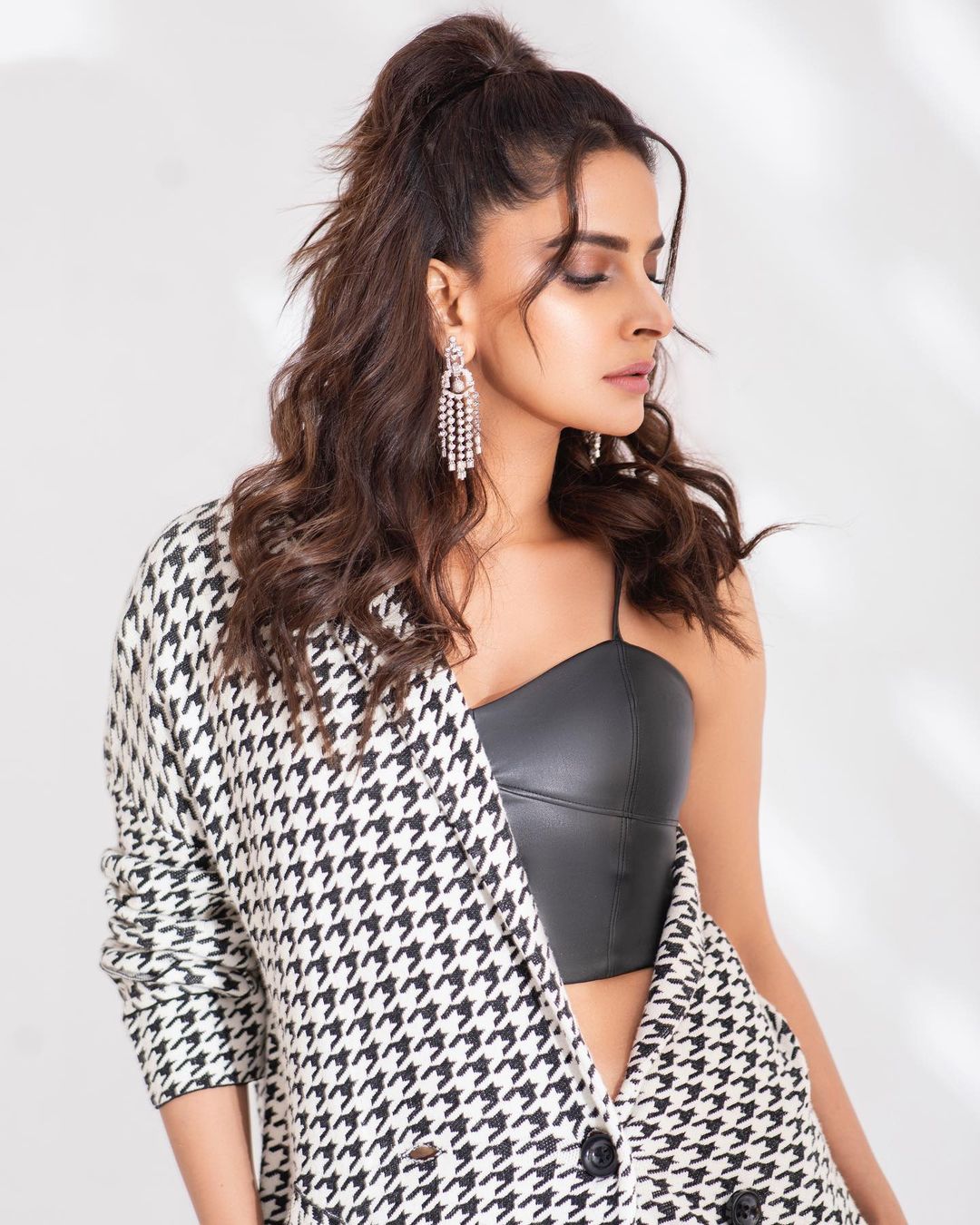 Saba definitely has a personality that is just as appealing as her on-screen persona. She always speaks her mind and there are so many people who love her for her genuine personality.