Saboor Aly is a Pakistani actress and sister of talented and gorgeous Sajal Aly. Saboor Aly gives us thought that it isn’t just Sajal Aly who is gorgeous and talented, beauty and talent runs in the genes of these sisters.  Saboor Aly made his debut in drama industry along with her sister Sajal Aly in Mehmood Abad Ki Malikain, but Saboor Aly didn’t get the sudden fame like her sister, she kept working in supportive roles for quite a time. The first time Saboor Aly appeared in main role was in a comic series Mr. Shamim in 2015. Saboor continued playing main roles and received praise for her acting skills in dramas. Saboor has played Shumaila in Rung Laga, Anjum in Tere Dar Pa, Hira in Bekasoor, Zara in Teri Chah Mein, Wajiha in Bhai, Jaana in Wada and many others. Saboor has also appeared in anthology drama series Kitni Girhain Baki Hain. Saboor has also appeared in films. She made her debut in film industry with Actor in Law in which she played character of Annie Mirza, she was also starred in Nanu or Mein. Recently Saboor Aly’s pictures from a photo shoot went Viral.  Saboor Aly is wearing a beautiful black dress from Amna Arshad’s clothing. These beautiful photographs are captured by Mehlum S. Sadriwala. Let’s have a look at these alluring pictures of Saboor Aly: 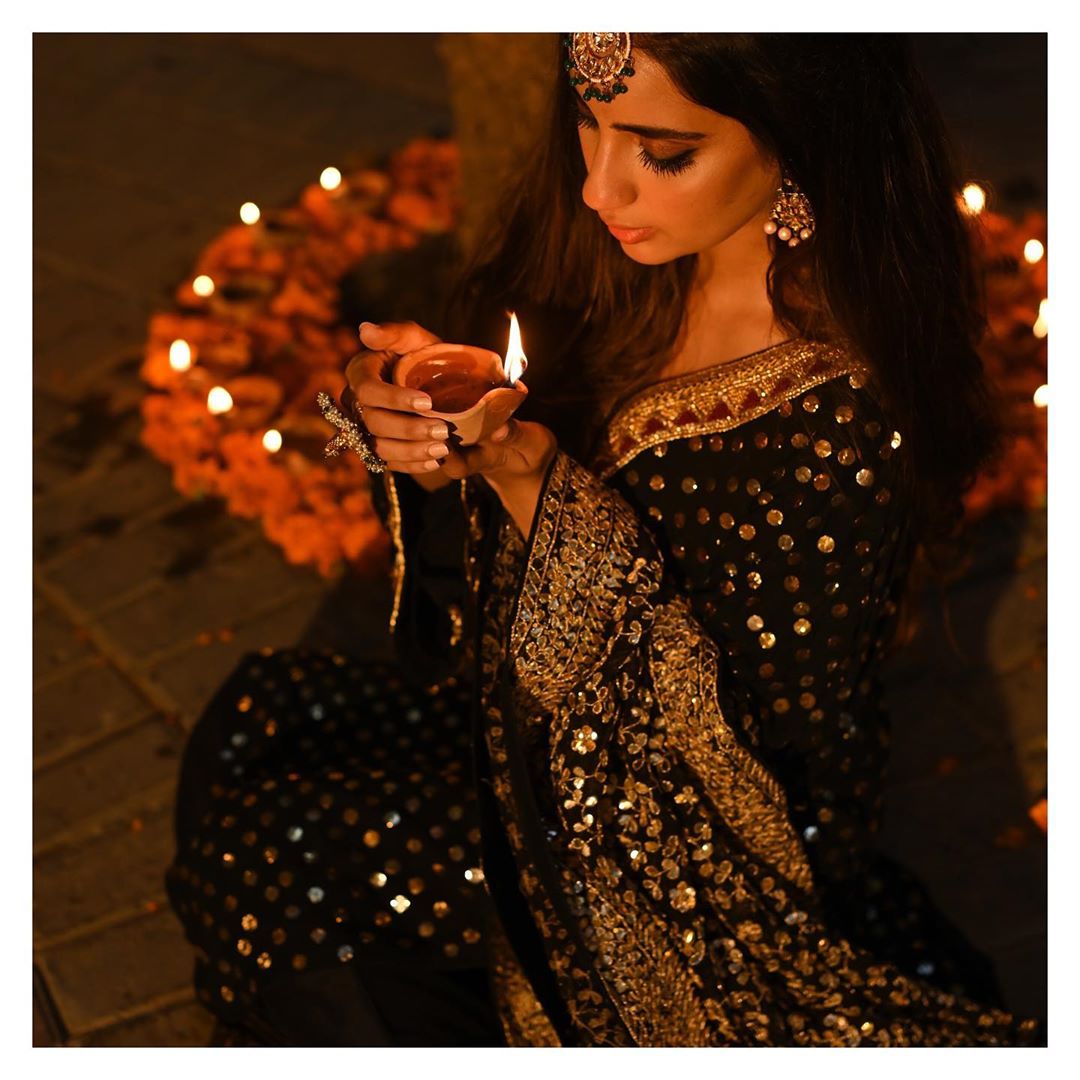 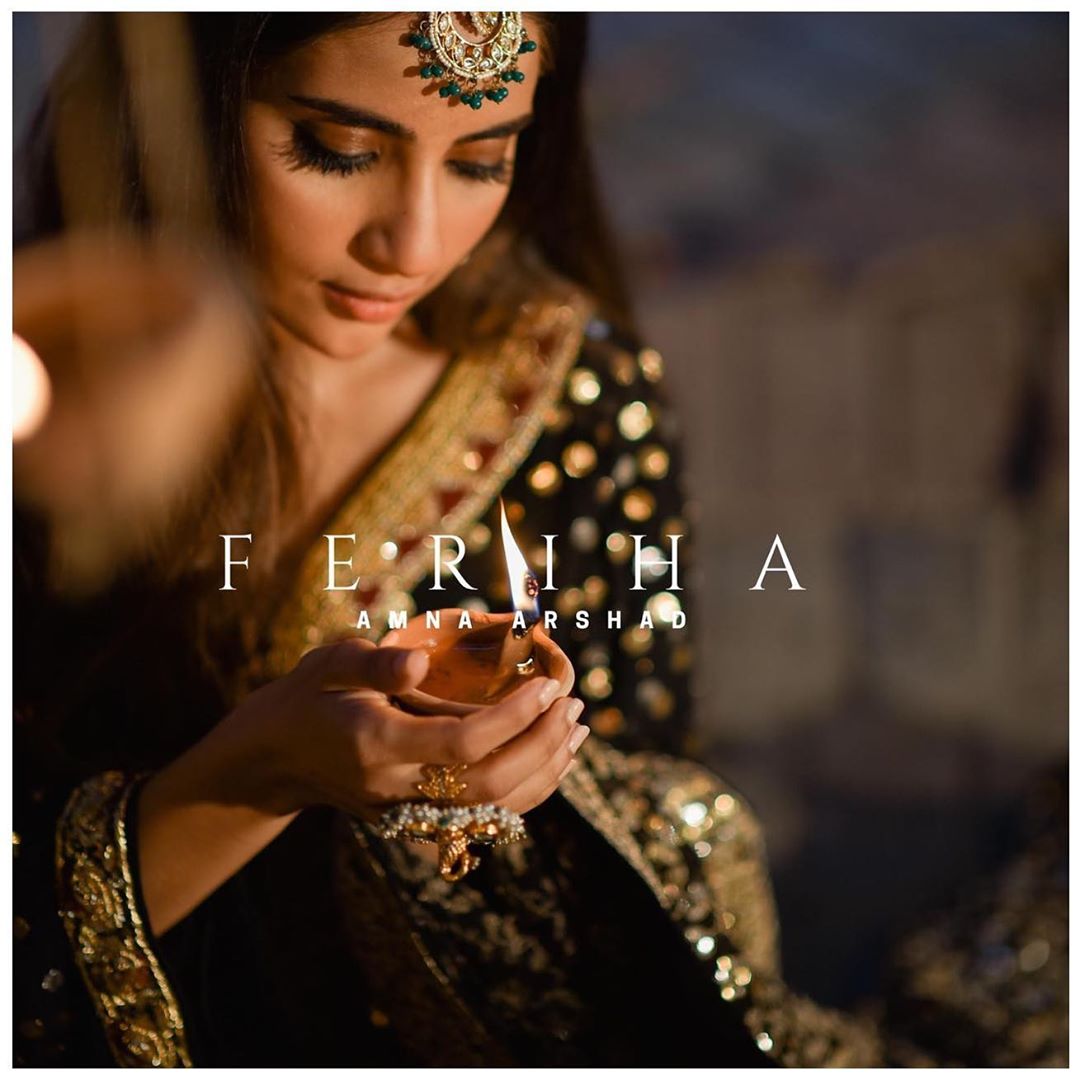 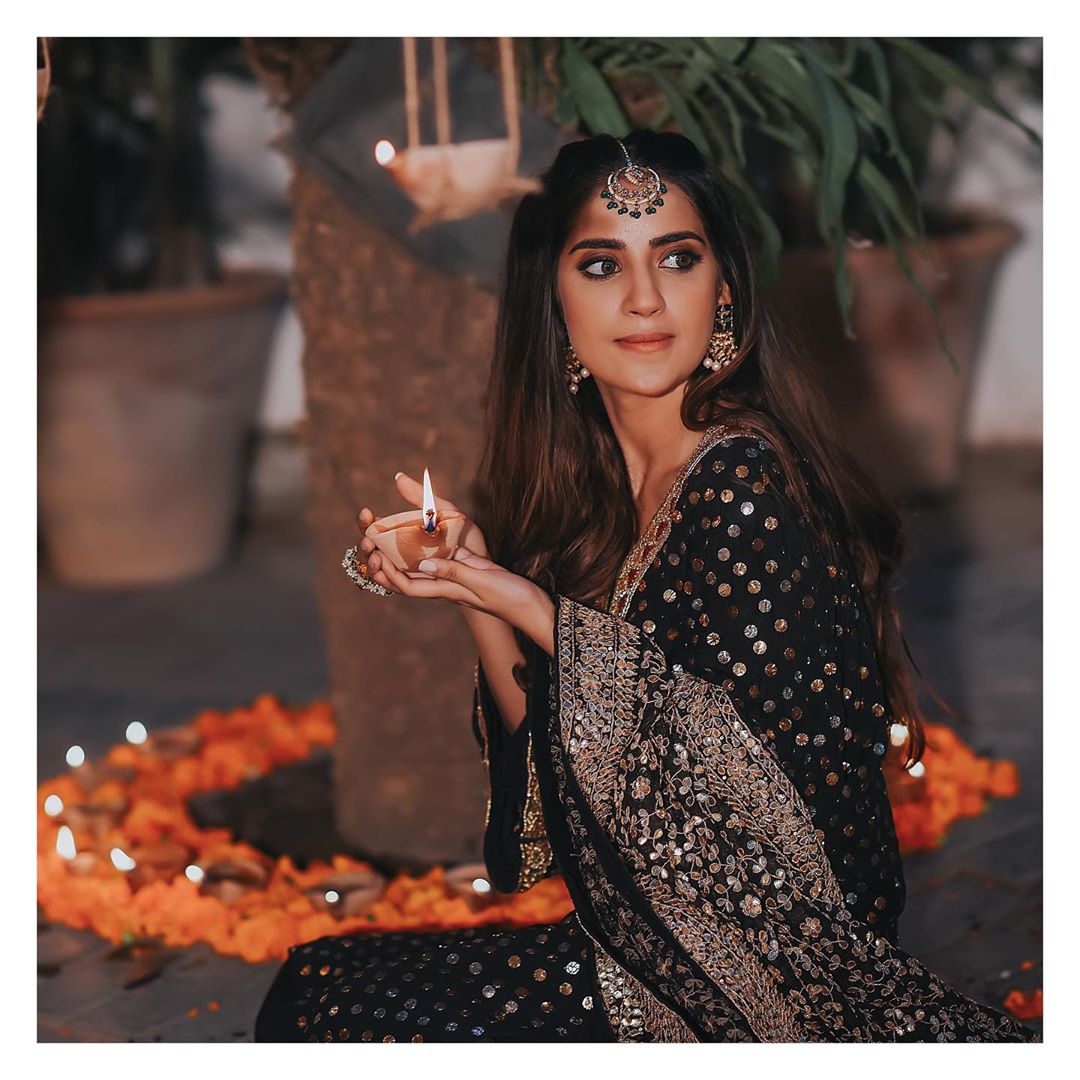 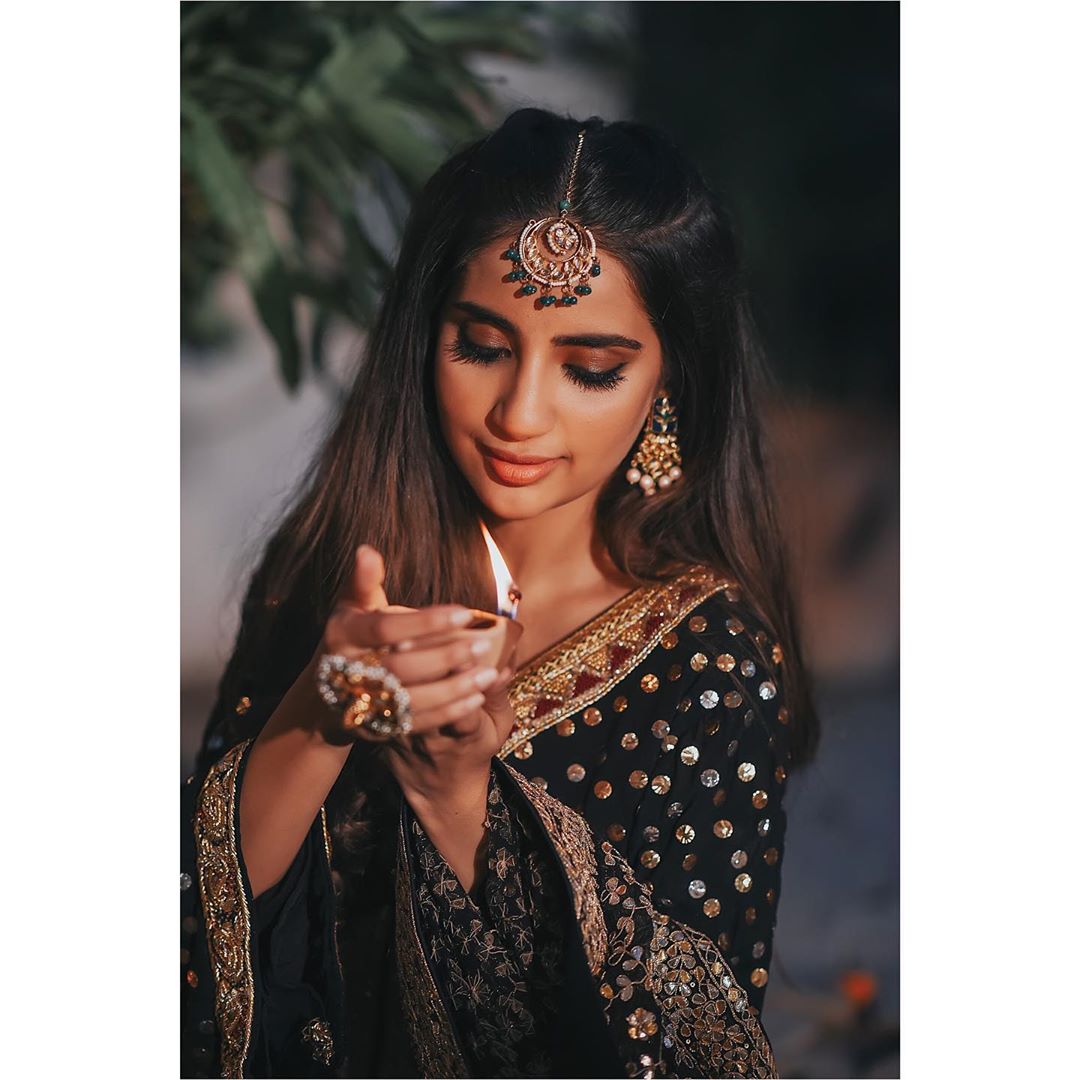 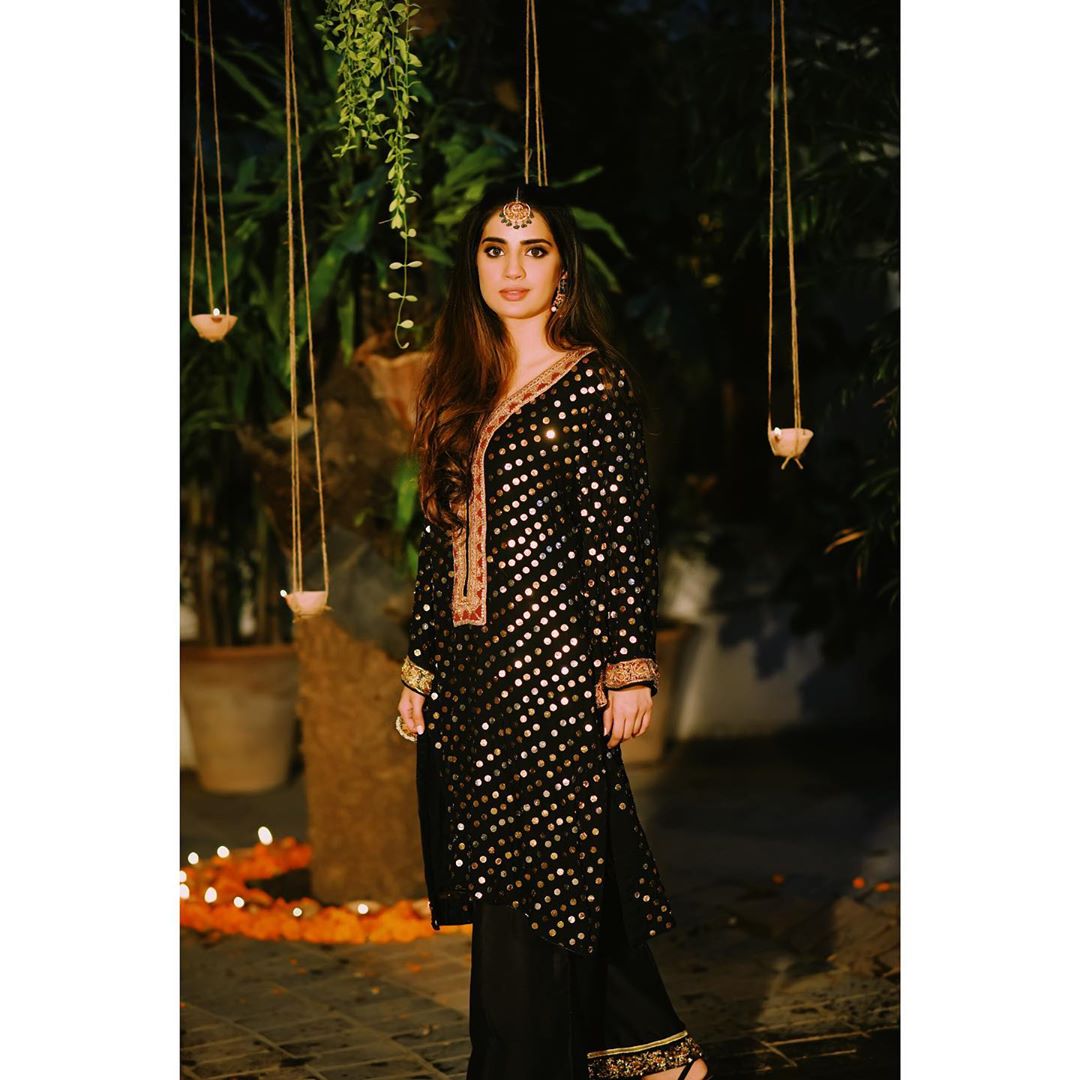 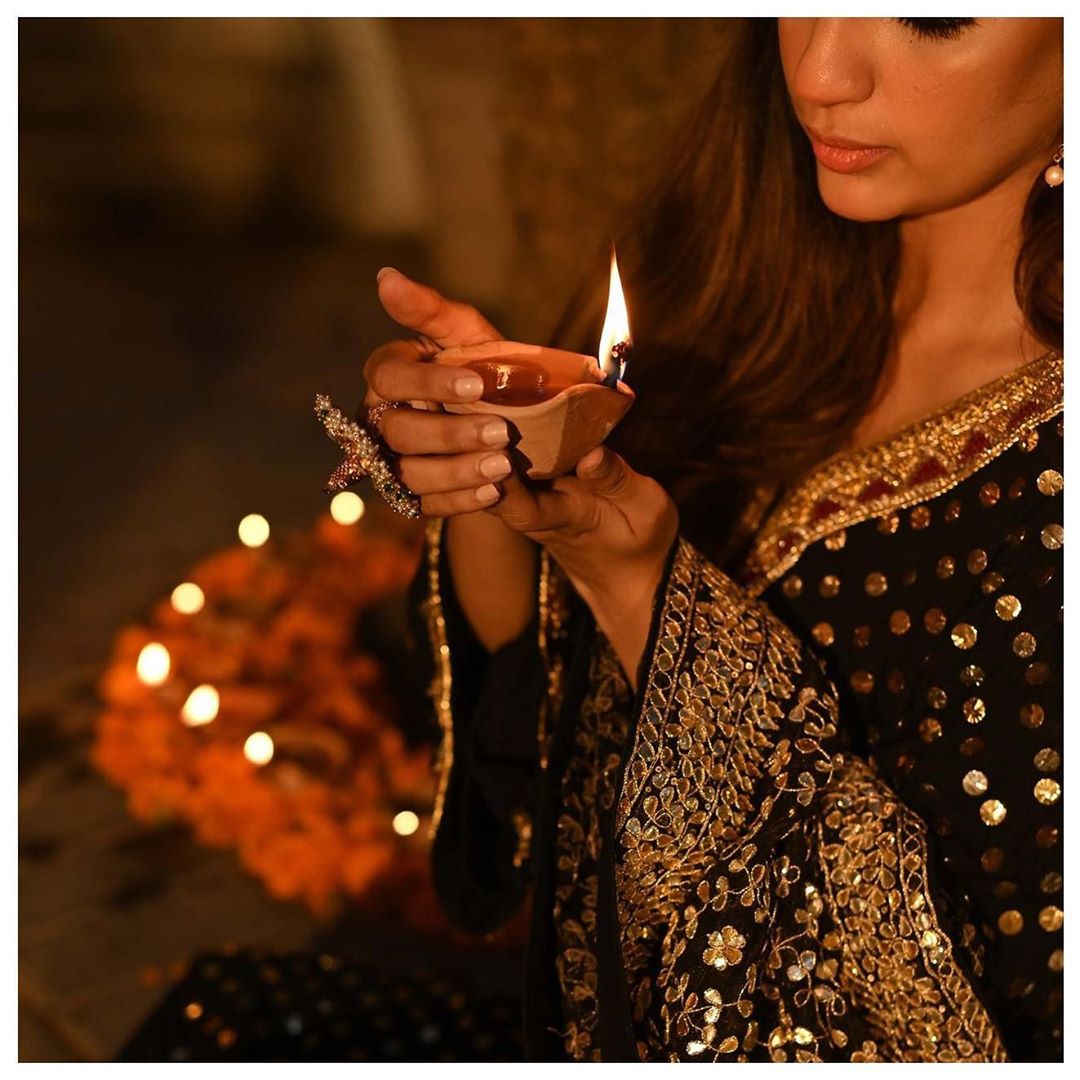 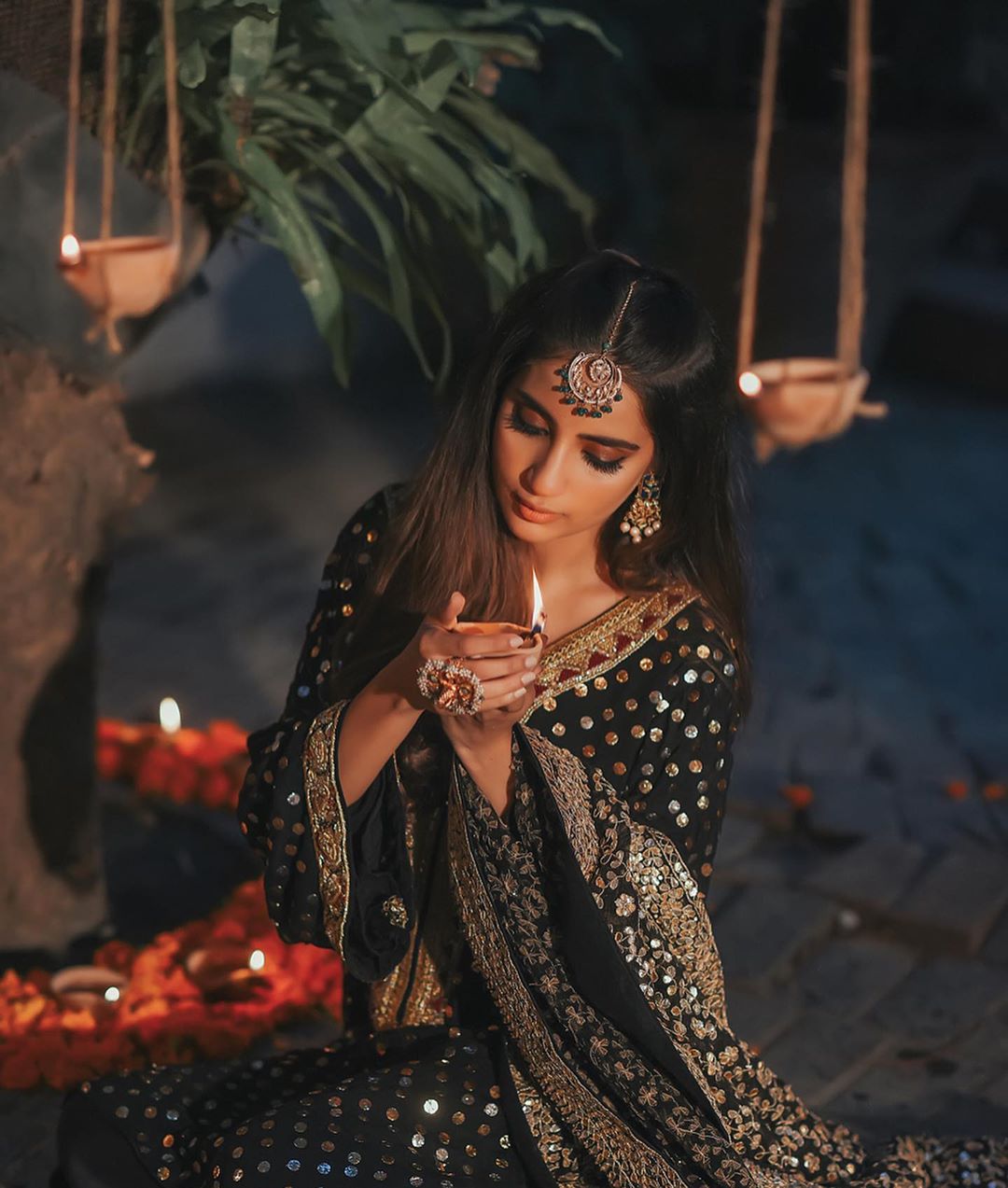 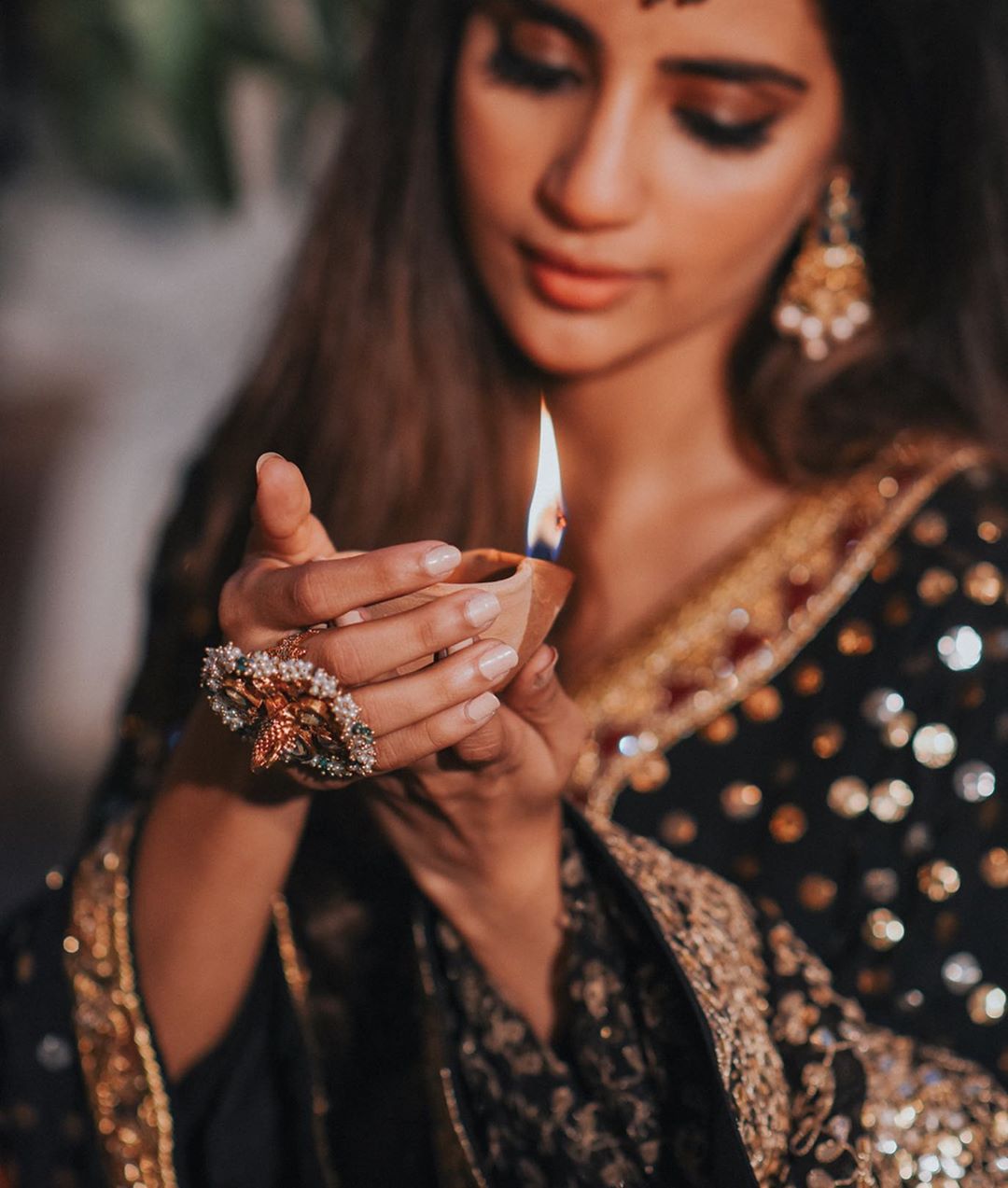 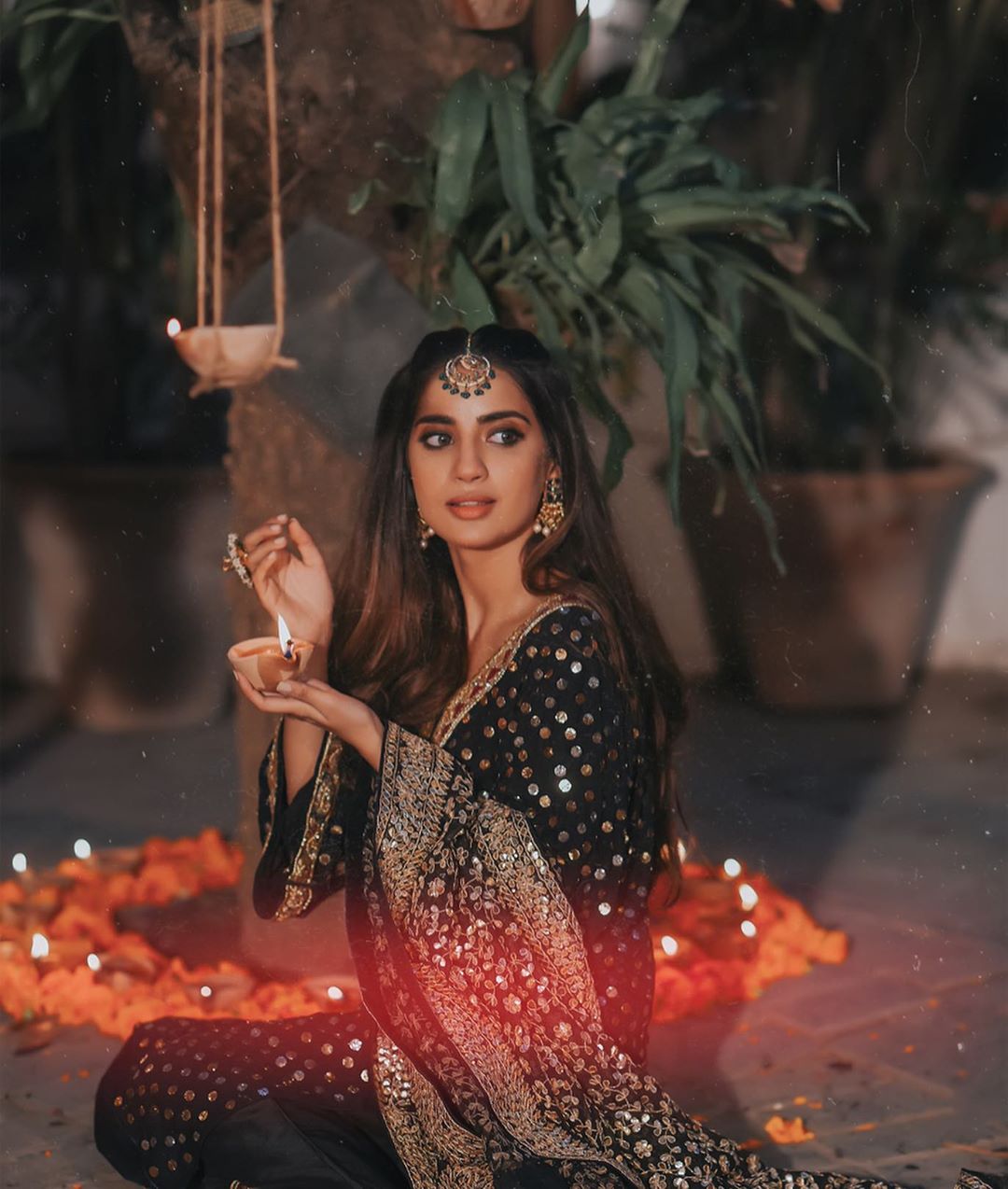