Saboor Aly is a gorgeous and talented Pakistani actress and model who won millions of hearts with her phenomenal acting skills. Saboor Aly is considered as one of the leading actress of Pakistan who despite coming from a non-artistic background managed to gain immense love and recognition from the audience with her versatility. Saboor is married to Ali Ansari, who also belongs to showbiz industry. 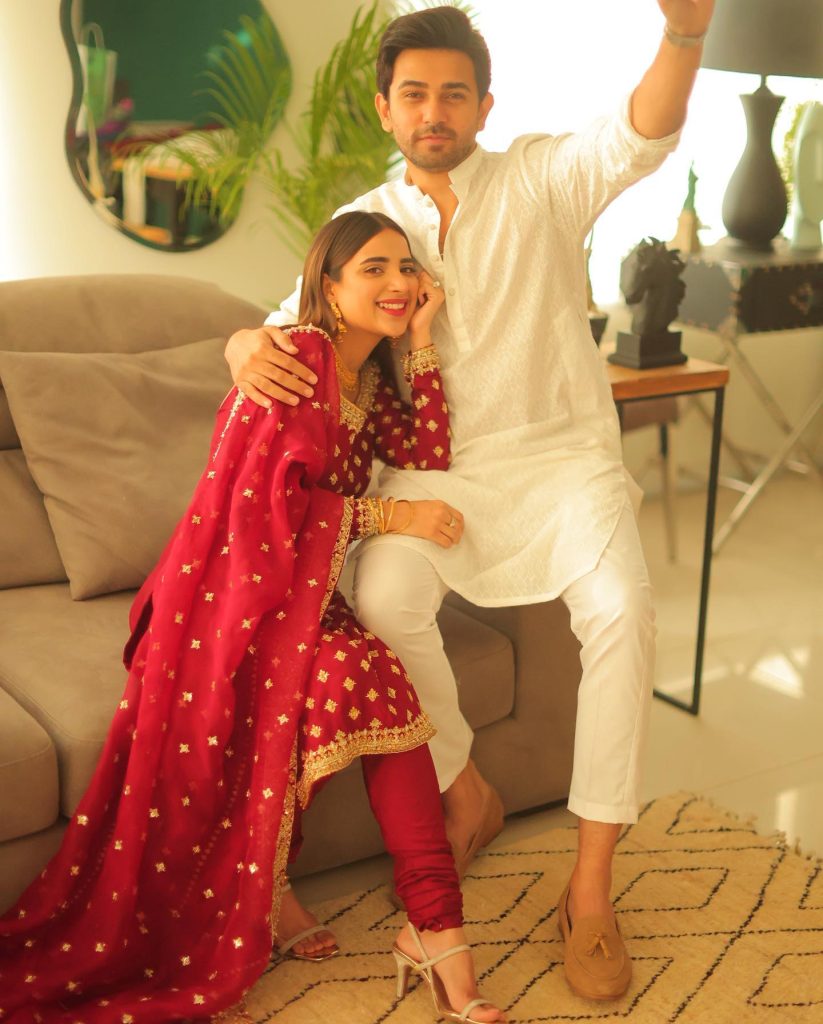 Recently, Saboor was featured in a bridal shoot for “Makeup Studio By Maria”. Saboor Aly looks absolutely gorgeous as she opted for a heavily embellished bridal ensemble by “Mysie By Tahira”, paired with heavy kundan jewelry by “Opal By Madiha Ihsan”. The mesmerizing pictures of Saboor from her latest bridal shoot has left her fans awestruck. Let’s have a look at some of the stunning pictures of Saboor, captured by the super talented “Maha Wajahat”. 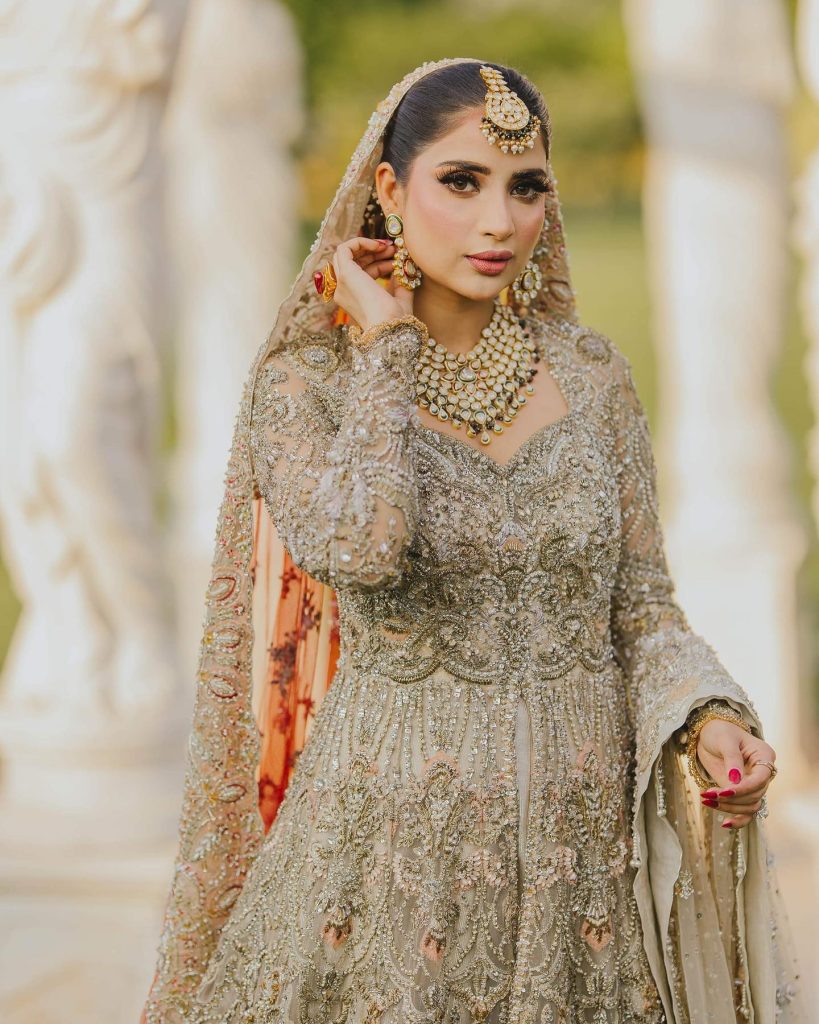 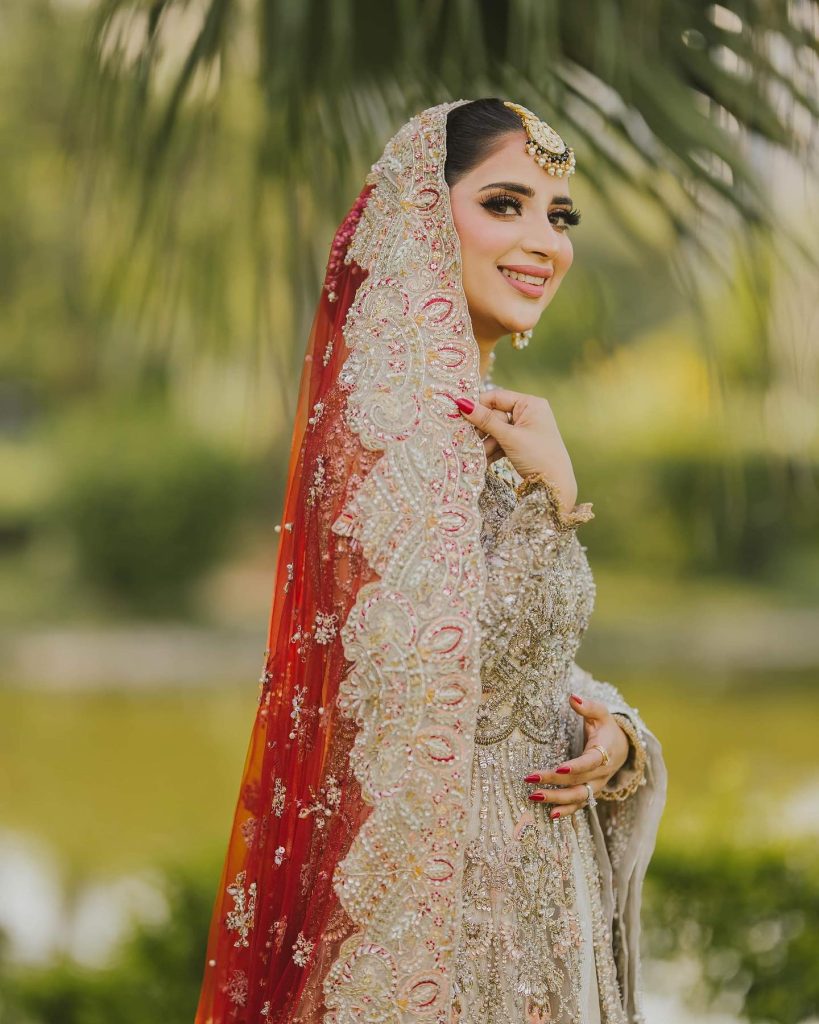 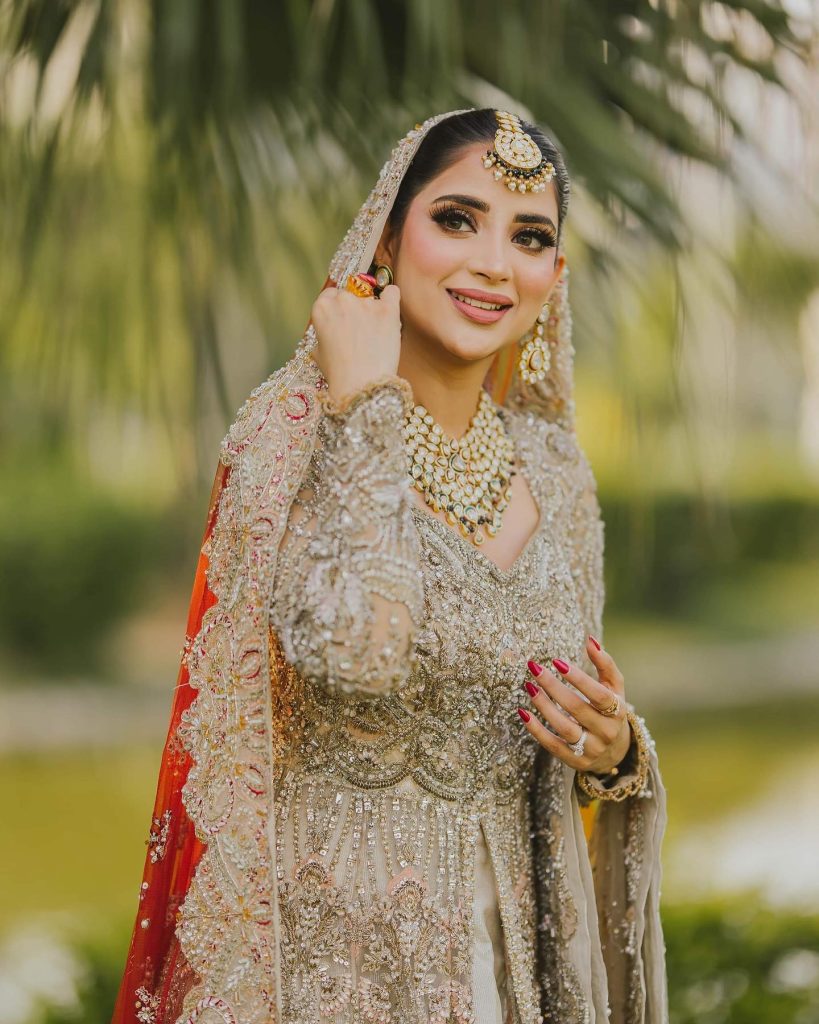 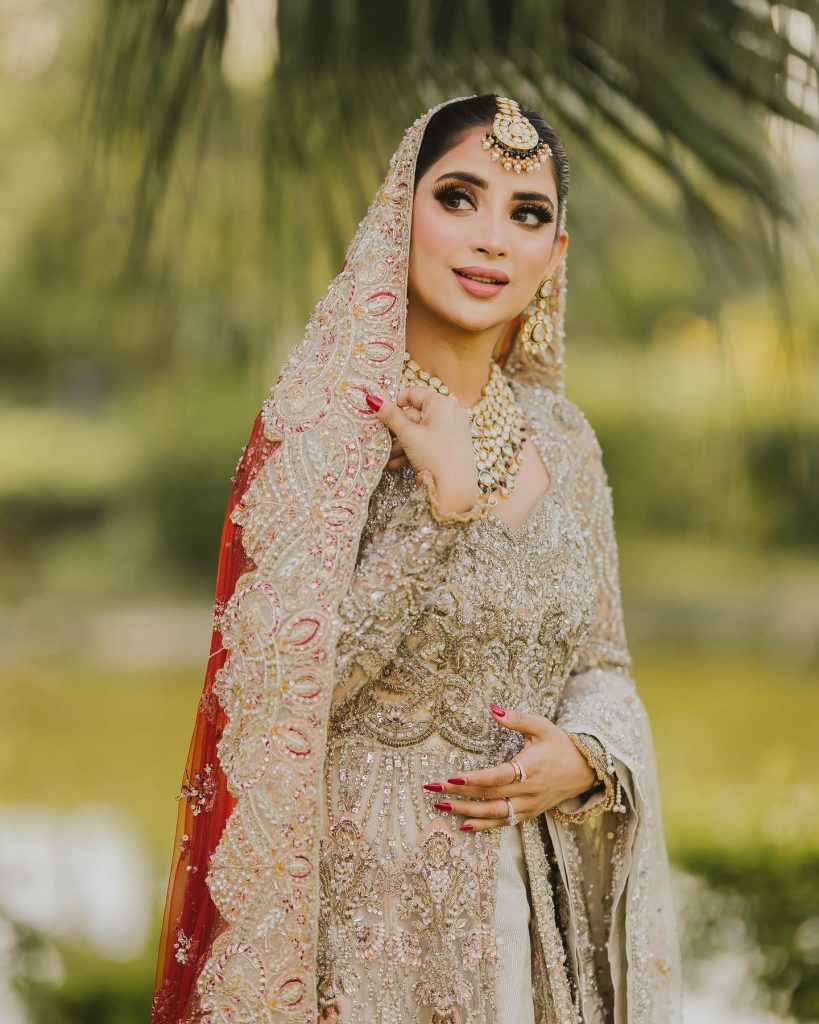 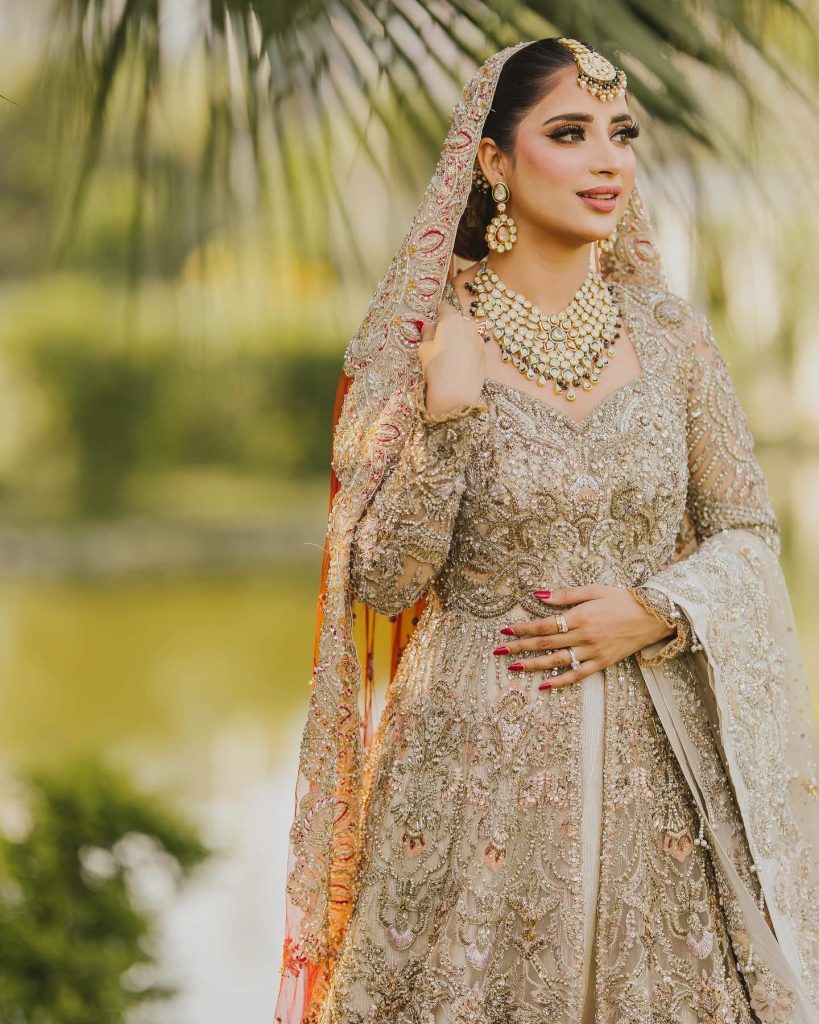 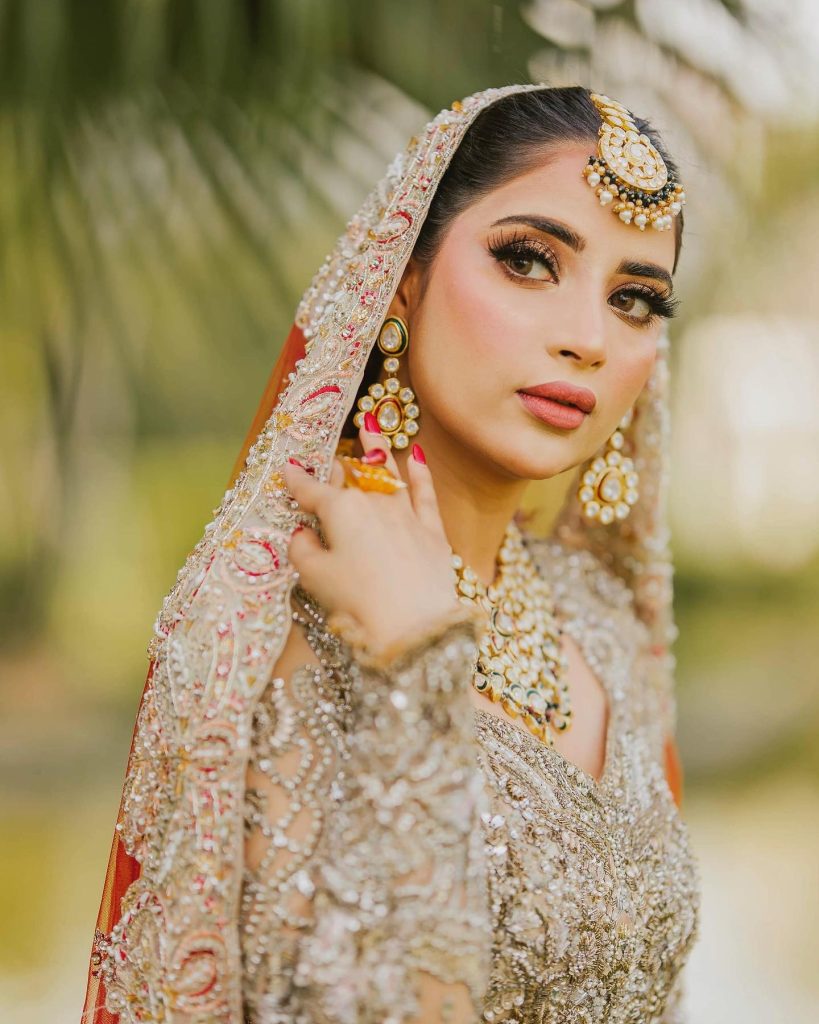 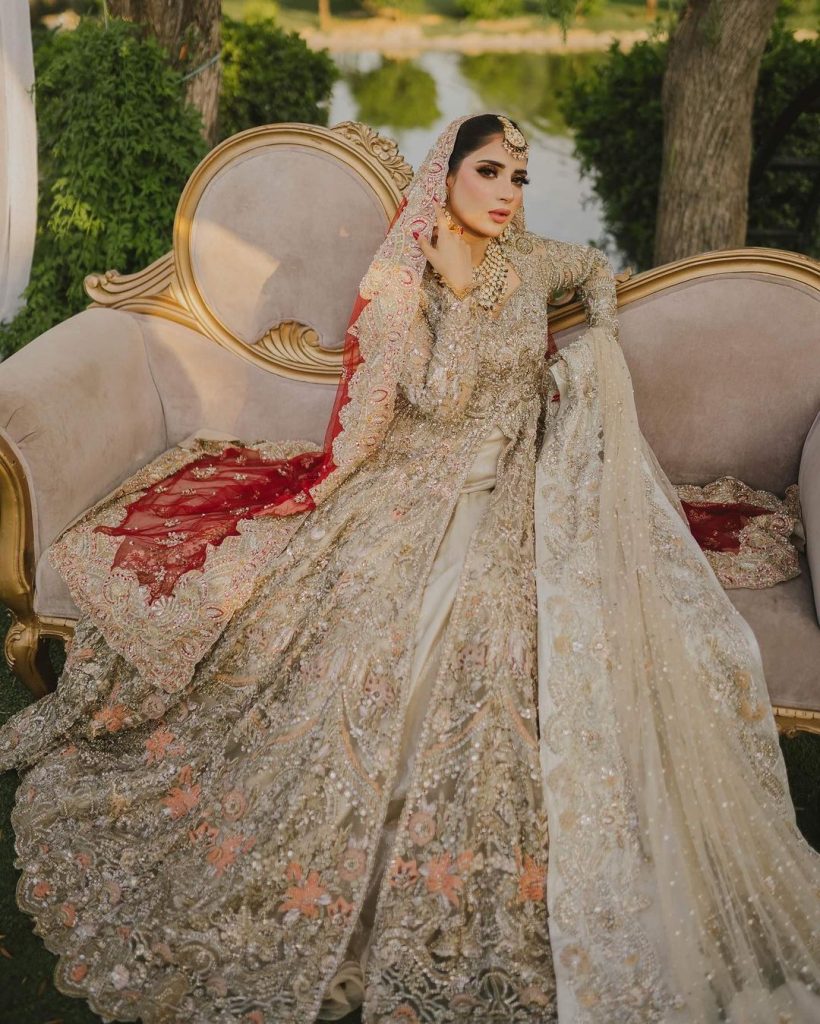 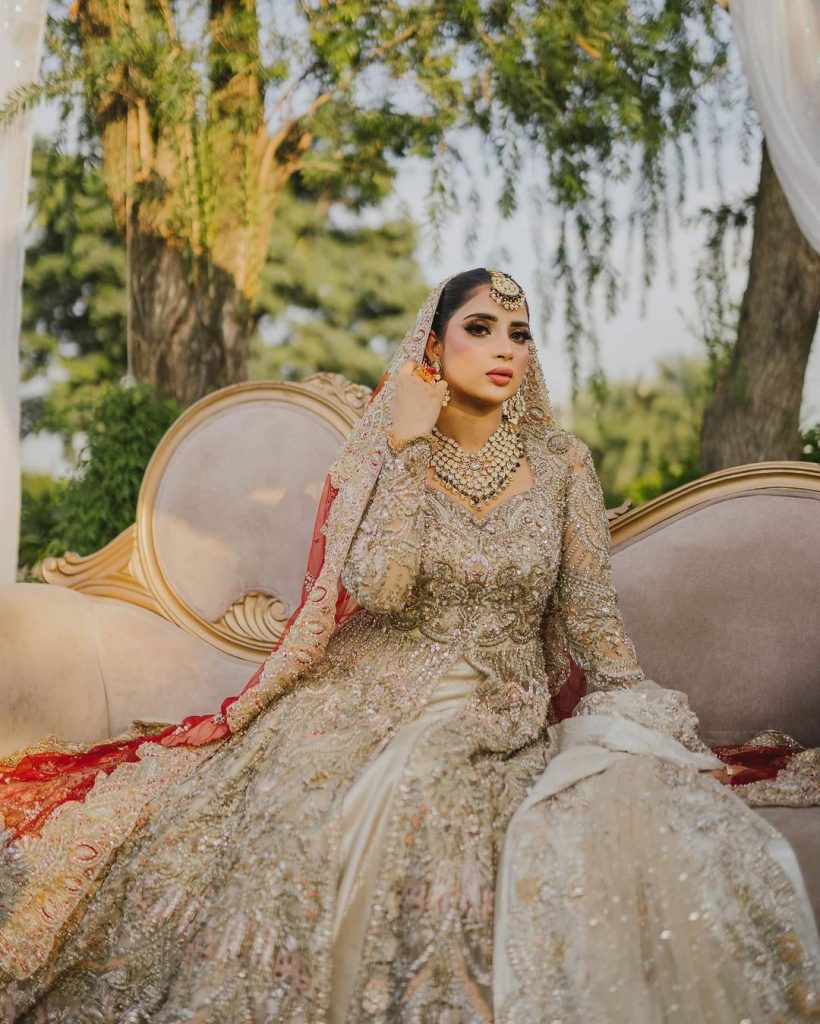 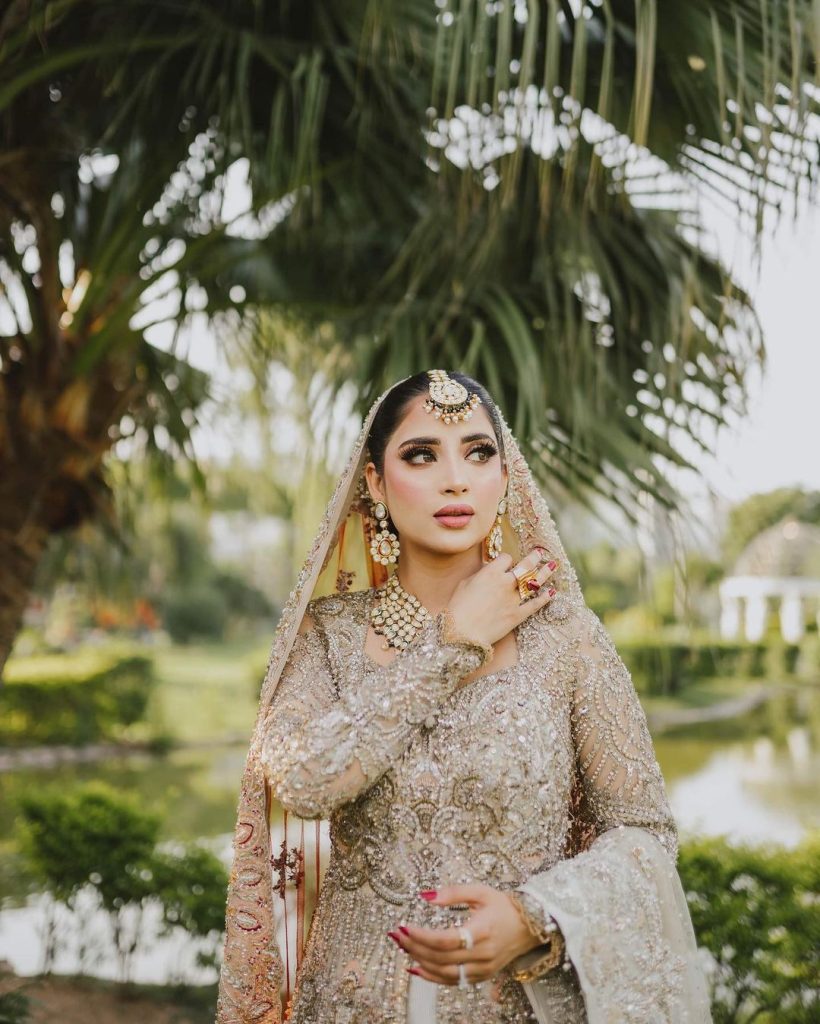 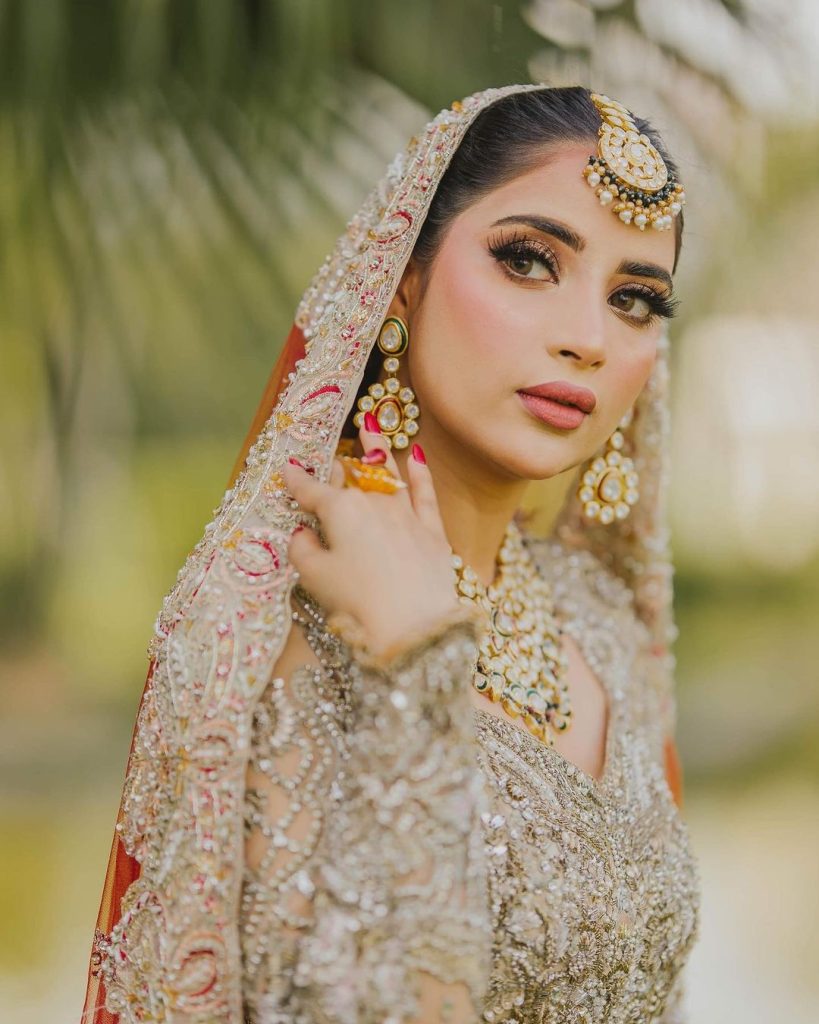 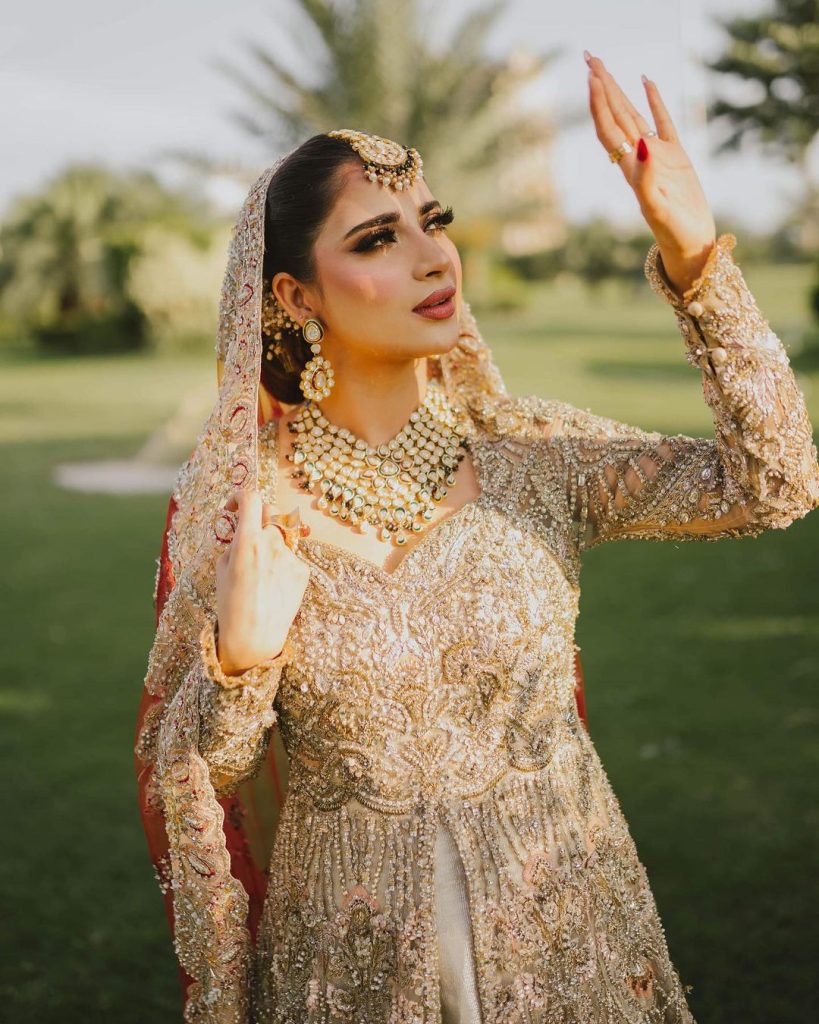