Sahir Lodhi has been a topic of discussion since the start of Ramzan. His antics and their justifications have been a constant source of entertainment. His behaviour with a girl during a debate competition has attracted many opinions, most of them negative of him.

Though you may be tired by listening or reading about him till now, he is not tired of doing one absurd thing after the other. Now wether he does this purposely to catch attention or that’s just the way he is and unknowingly becomes so popular remains a mystery.

Recently, he had Behroz Sabzwari and Ayesha Omer on the set and he suggested a prize that could be won after girls running after and catching Behroz Sabzwari, but the veteran actor absolutely refused to participate in any such thing.

What happens next is captured in this hilarious  video when he decides that he can do the running himself and he runs like a headless chicken before each of the contestant girl to give them all a chance to catch him.

Just when you think Sahir Lodhi cannot get any more ridiculous, he plays catch catch on air…. 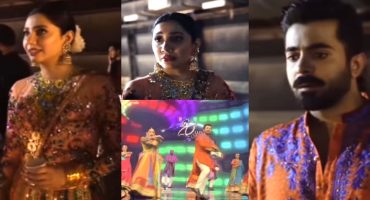