Pakistan’s popular actress Sajal Ali achieved another milestone as she has been awarded for her contribution to film and Television by the Distinctive International Arab Festivals Awards (DIAFA). 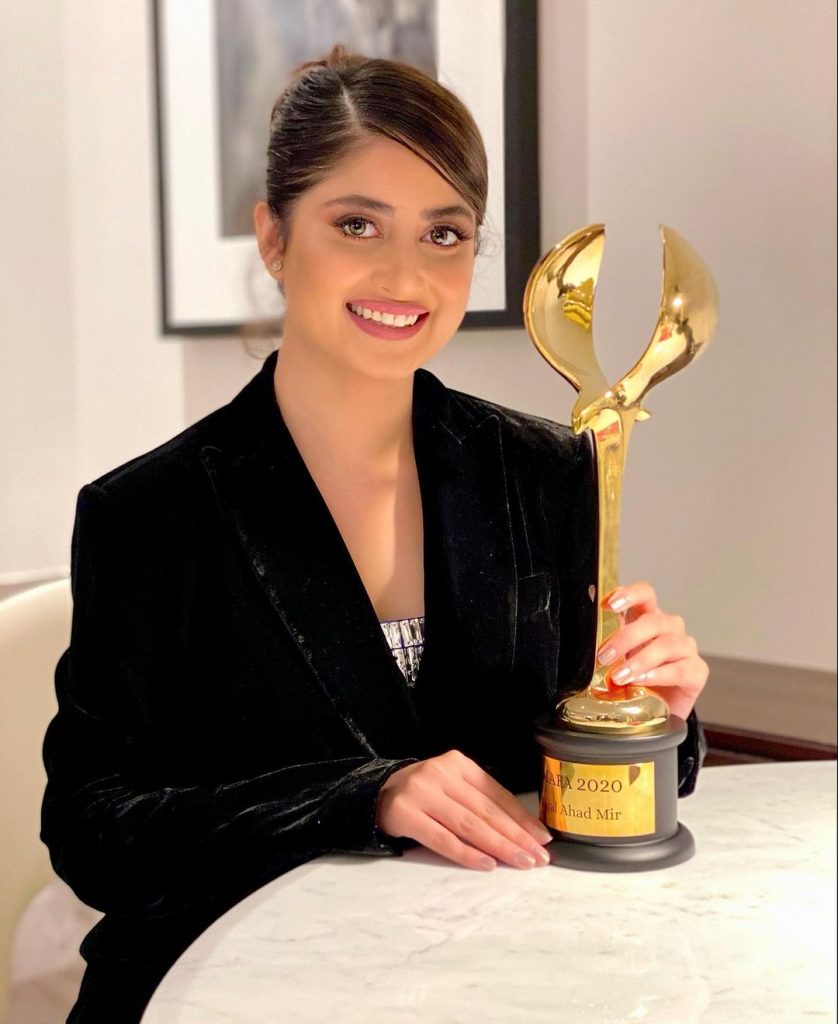 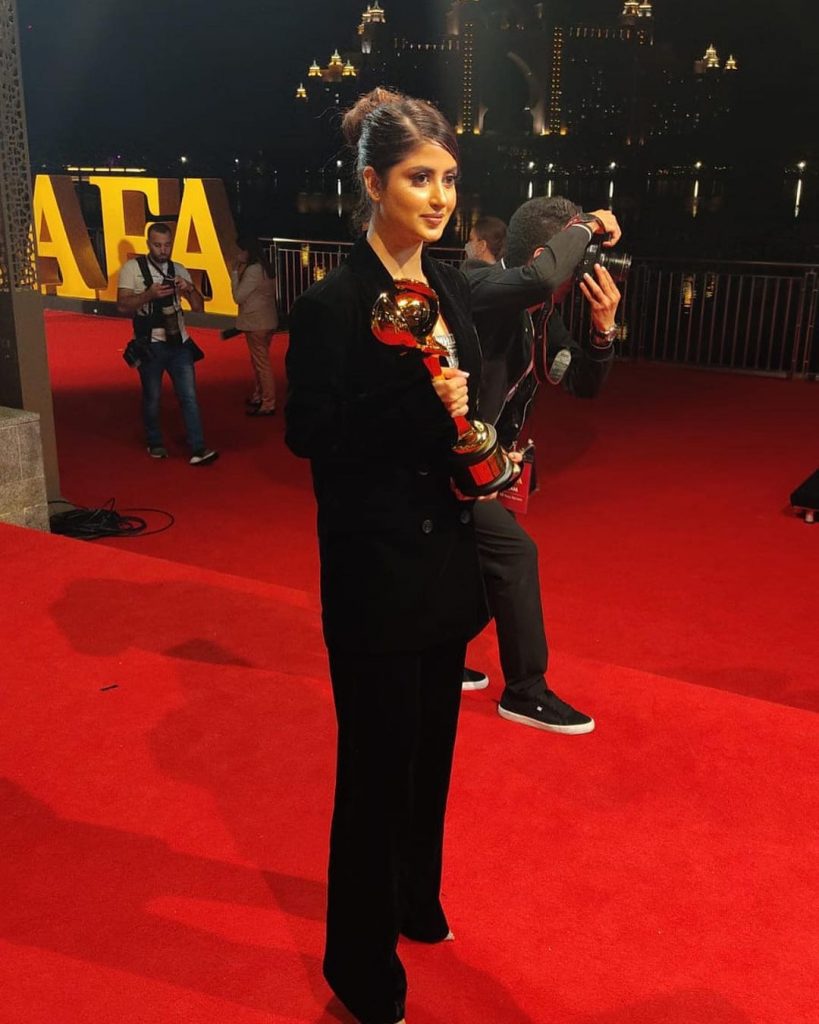 DIAFA, which is held annually in Dubai, honours distinguished International and Arab figures for their annual achievements and contributions towards communities and societies betterment. 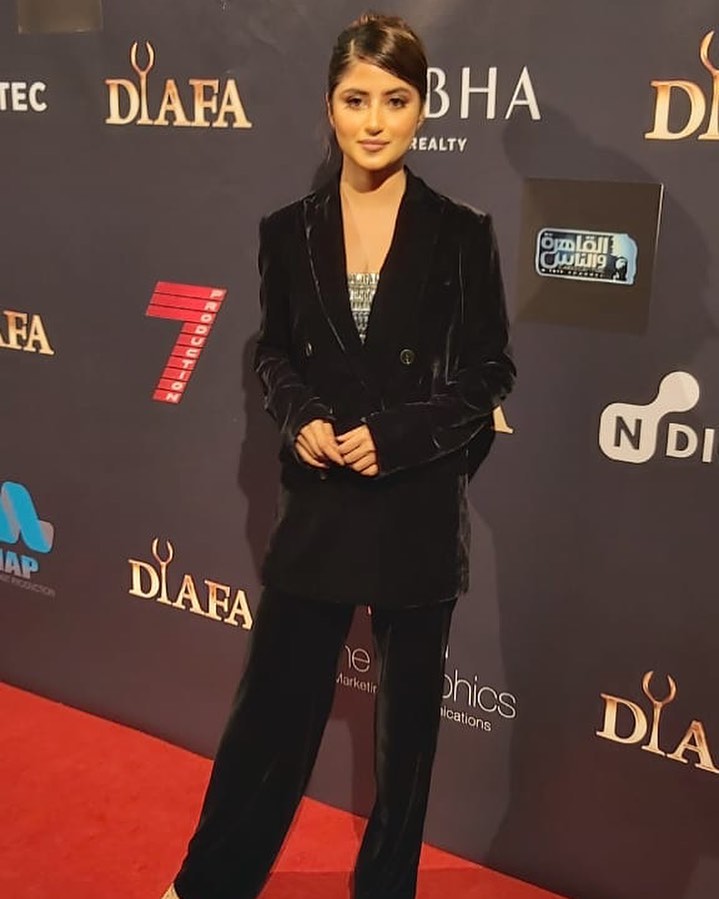 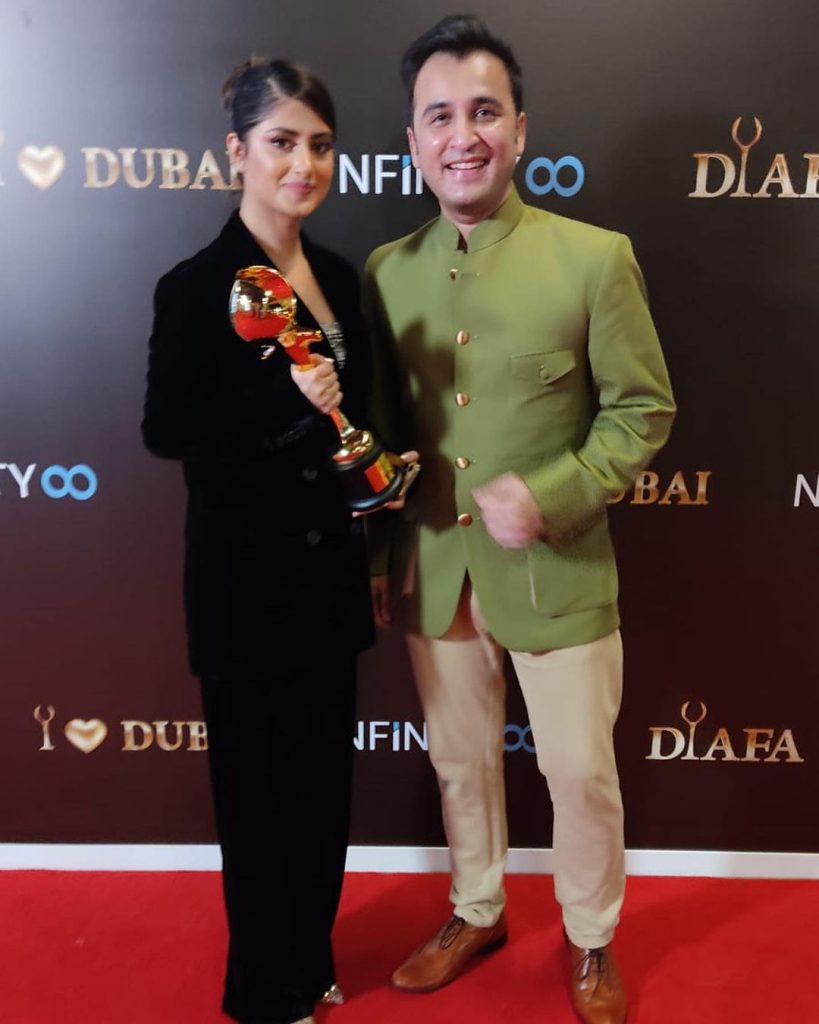 Receiving the award, Sajal said: “Assalamualaikum everyone, first of all I want to say that I am really honoured to be here with such amazing actors and amazing people.”

Sajal Ali, wife of Ahad Raza Mir, also thanked her fans, saying “I really want to thank to all may fans for believing in me. She concluded: ‘Thank you DIAFA.” 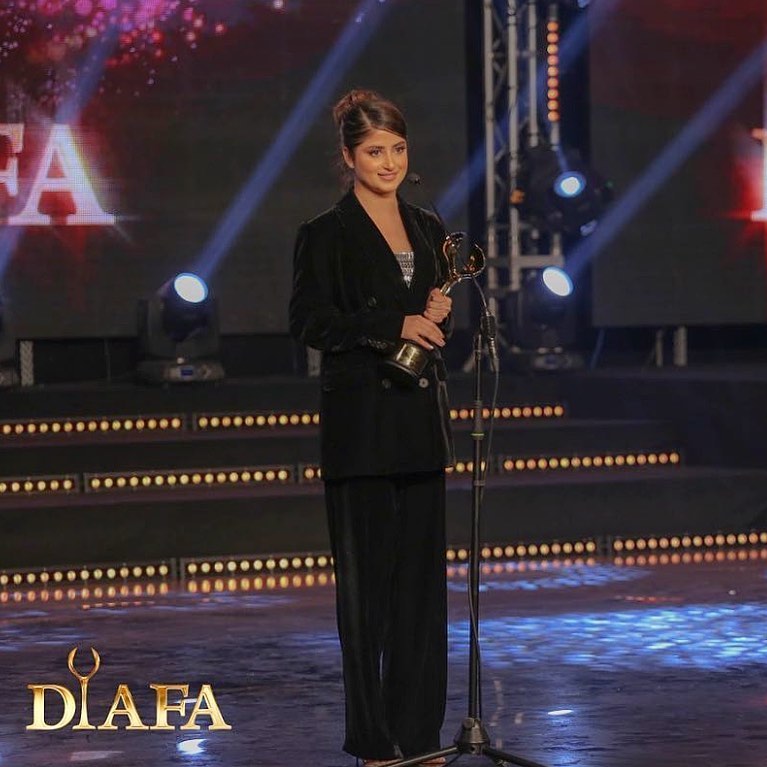 Sajal Ali’s smile was obvious as she received the award at a star-studded ceremony. She opted for a gorgeous black outfit for the event , showing off her ethereal elegance and glam.