Salman Ahmed To Release A Trubitary Documentary For Junaid Jamshed

Salman Ahmed and Junaid Jamshed have a long history. They were friends and partners and mates in the youth of their lives, when friendships are strong and sturdy and fully capable of lasting the whole lifetimes. After some constraints in their relationship, they had  accepted their differences and were the best of friends again.

Life, however had other plans and Junaid Jamshed very unexpectedly left for his eternal abode last year. That has made Salman Ahmed very nostalgic and he has made a documentary with the help of Imraan Khan who is a US based cinematographer and director about all the times they had spent together. It is his tribute to one of his oldest friends and is called Ansoo-the life and times of aVital Sign. 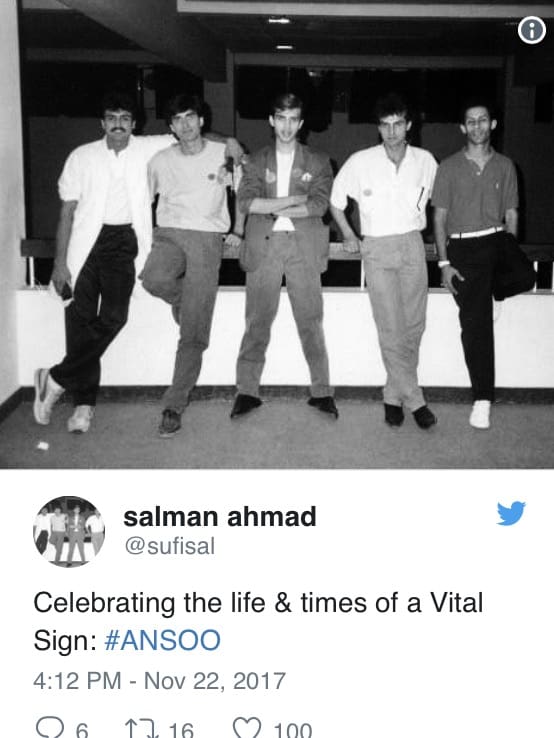 Salman has announced on his social media that the documentary will be releasing on December 1st. 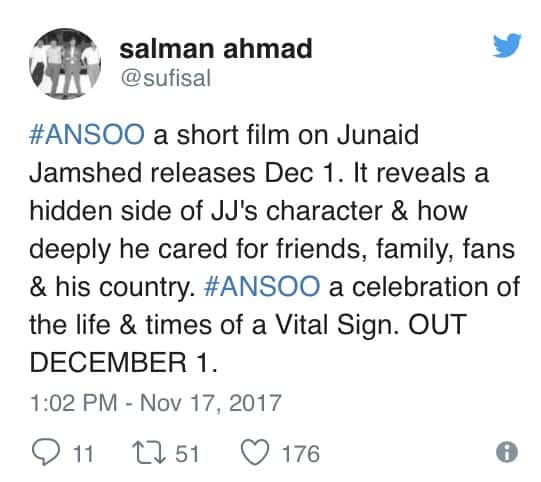