Salman Ahmad the Junoon singer was arrested by Islamabad police in front of PTI Chairman Imran Khan due to the protest against PML-N which will take place on 2nd November.

Before going to Bani Gala, Salman Ahmad tweeted his, Sheikh Rasheed and Imran Khan old picture which was taken at the PTI chief’s house saying, “Getting ready for Jazba Junoon!” 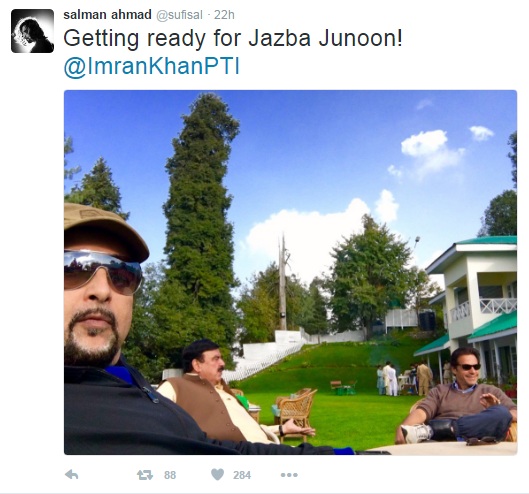 After Salman was arrested at Imran Khan’s estate Bani Gala, later he claimed he escaped to manage. The singer said that he escaped on his own but now it is being reported that he was released on the orders of IG Sindh. 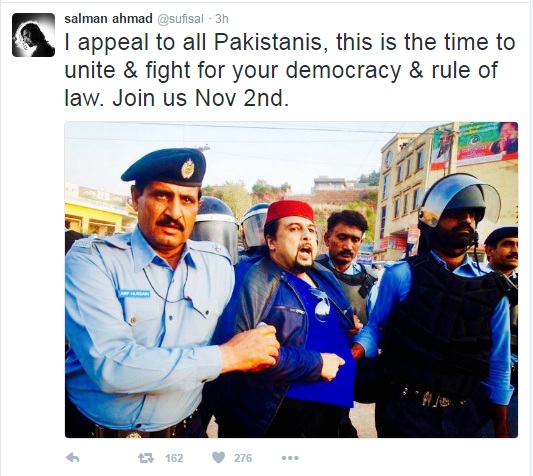 According to sources, Ahmad said, “We haven’t broken any laws; if they are treating us that way then how will they treat other civilians? The police didn’t close the [police car] door properly, and I escaped. I can’t disclose where I am at the moment but I will bring a case against these people.”

According to sources Hamza Ali Abbasi is also at risk of being arrested if he will make his way to Bani Gala to participate in the protest.  It is also reported that the names of PTI supporters in the entertainment industry have been listed by the police and will be arrested if they are part of the protest.