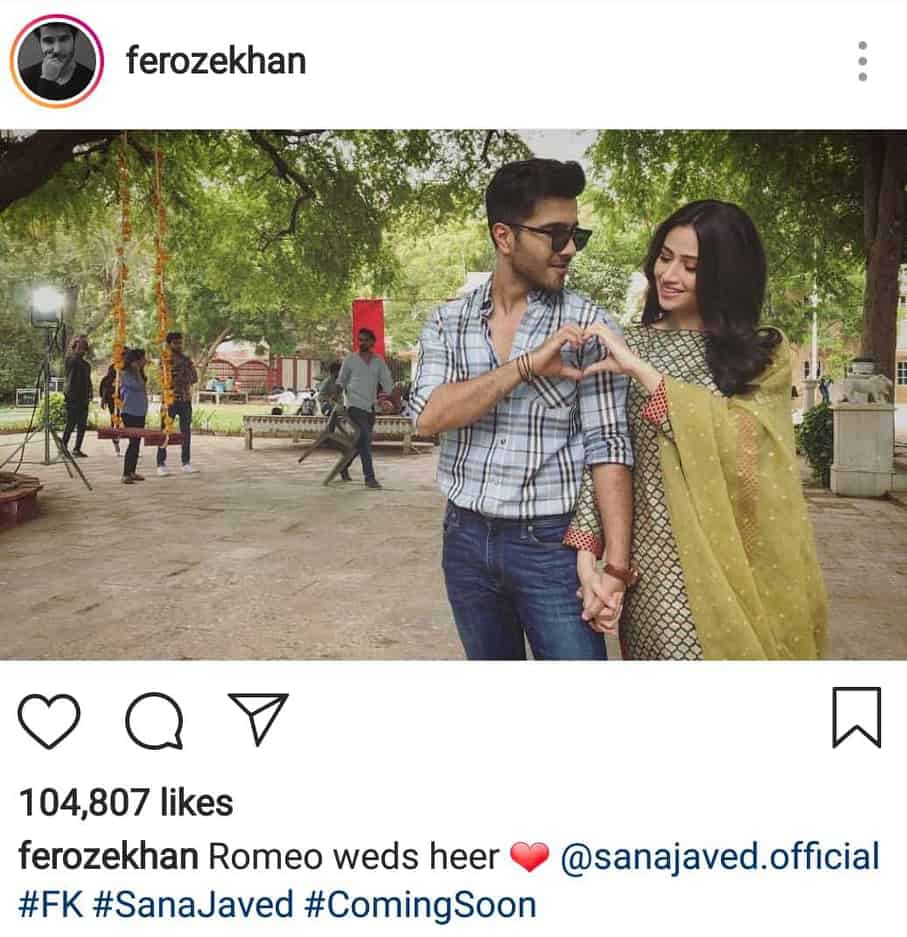 Feroze Khan has been sharing pictures of his character “Romeo” on Instagram for quite some time now, but recently, Sana Javed has also revealed the first look of her character “Heer” and from the looks of it, Romeo Weds Heer looks like a light-hearted drama with a fresh concept. 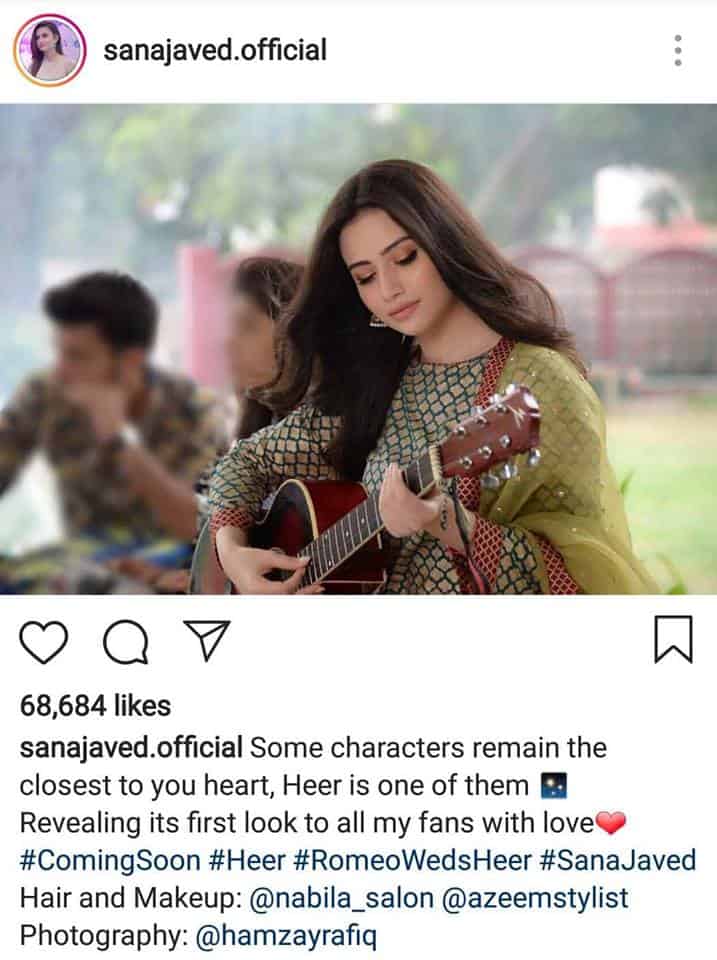 Romeo Weds Heer will also star Saman Ansari, Ali Safeena and Shafaat Ali. It is directed by Anjum Shahzad, written by Muhammad Younis Butt, and produced by 7th Sky Productions. It is scheduled to start airing on Geo TV soon.