Sanam Baloch Is Not Divorced!

Whole Pakistani social media is in an outrage since the news of Sanam Baloch’s divorce broke out. Sanam changed her name on Instagram from Sanam Abdullah to Sanam Baloch Hisbani yesterday. Abdullah who used to come on her show is absent for some time now and he is also missing from Sanam’s social media. All these things combined caused speculations of their divorce. 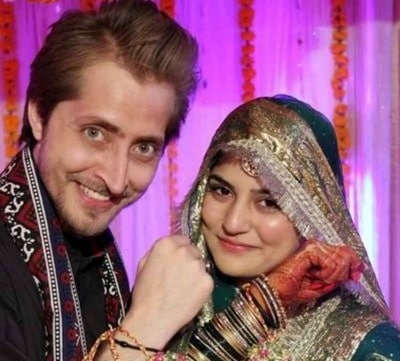 Sanam’s spokesperson finally puts all the rumours to rest as he said that all this was caused due to Sanam’s changed name on Instagram. She has done that to cast more limelight to her surname and cast and all the divorce rumours are fake.

Sanam has not commented on the situation herself yet but we wish the couple remains together and safe from all rumours!