One of the fresh faces from our morning shows, Sanam Baloch celebrated her birthday yesterday. The actress turned morning show host, Sanam is one lovable girl who is admired a lot among the audience. 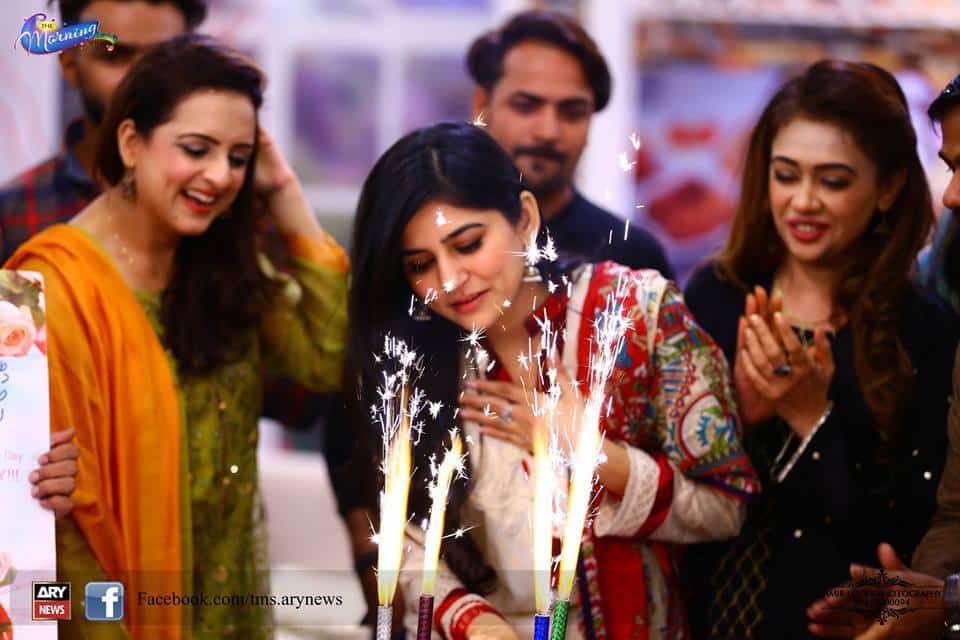 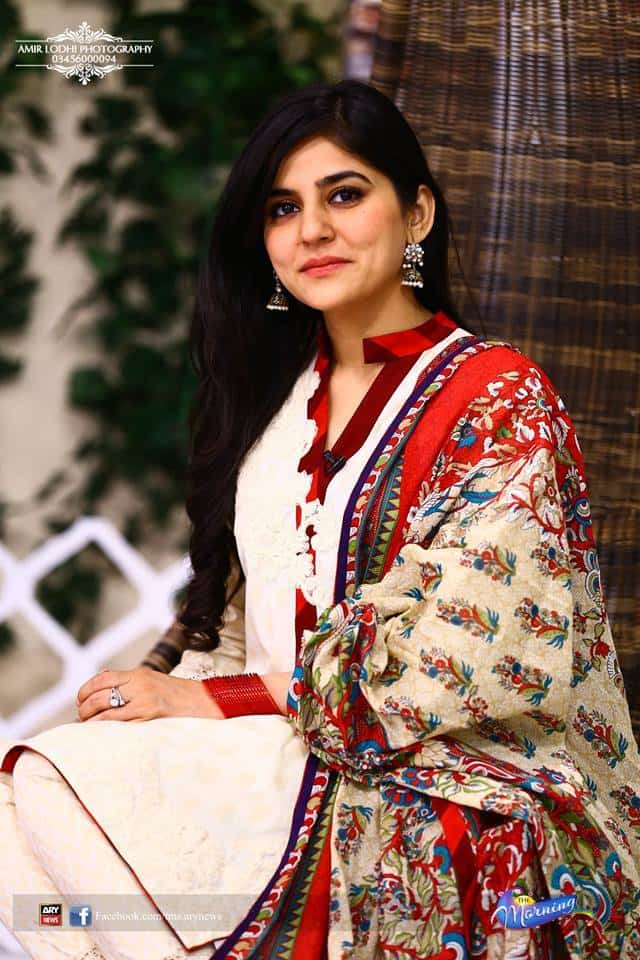 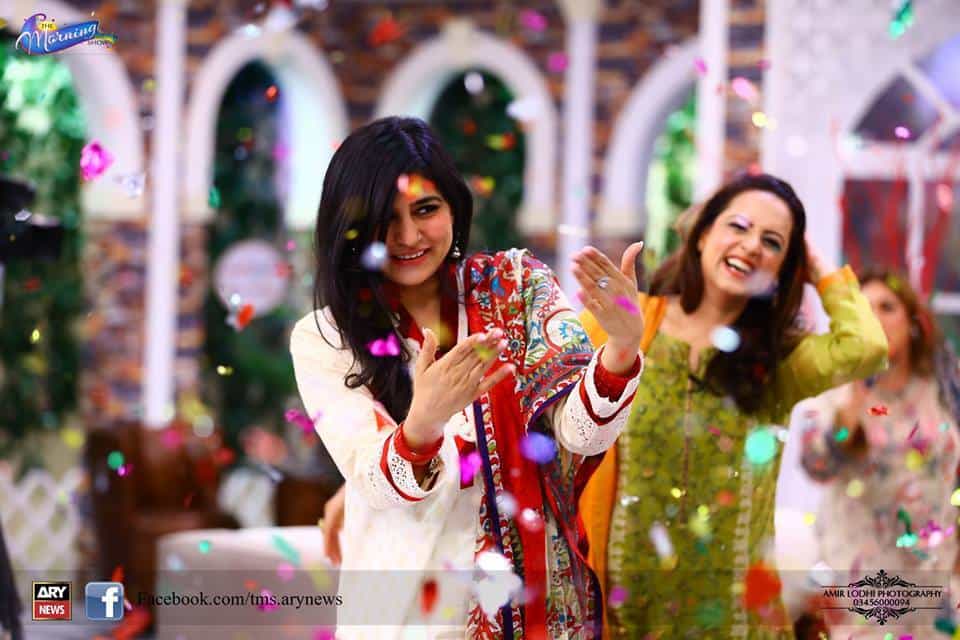 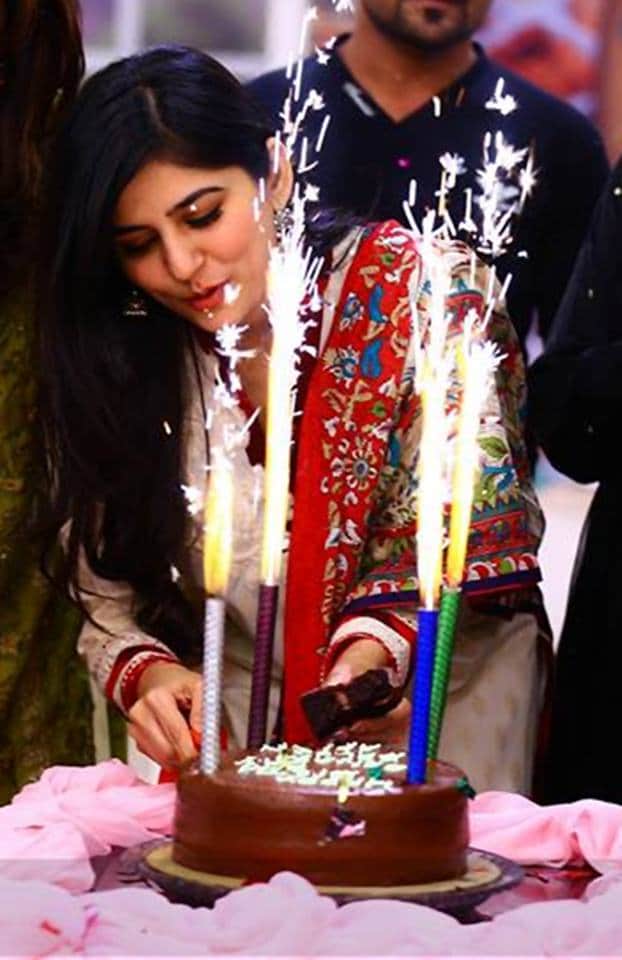 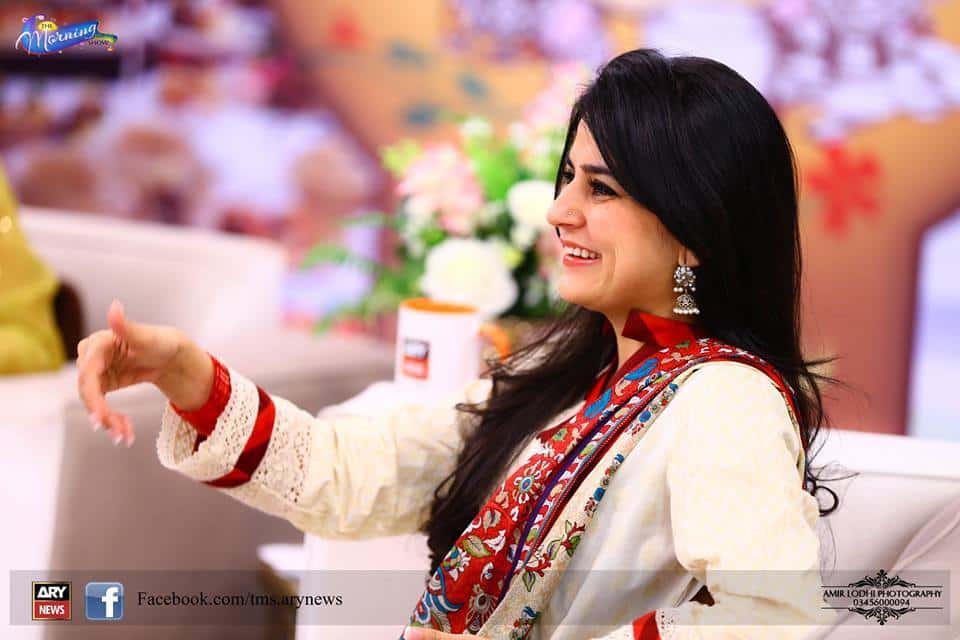 This was not the end of her birthday celebrations and the festivity continues on the sets of her drama serial ‘Teri Raza’. Sanam has also posted pictures on her official instagram from the sets of her drama serial. In one of the pictures she has spotted cutting a cake while the other cast members cheering her. In the other picture she was found holding a bouquet and has thanked Fahad Mustafa, the producer of ‘Teri Raza’ for sending it to her and making her day special.

When your director is such a sweet heart! 🙆🏻✨ Thank you @bigbang.entertainment @mustafafahad26 for sending in such a beautiful bouquet and making my day so special!! 💐#sanambaloch #official #exclusive @razaaabis