Starting her acting career as a supporting actress, Sanam Saeed has gradually grown her onscreen existence through her phenomenal acting abilities and has finally reached to a point where she is considered to be out of the first few choices of the directors. Whether it be her role of Kashaf in Zindagi Gulzar hai, her strong role in Tarang’s Housefull remake of movie ‘ Dil Mera Dharkan Teri’ or her negative role as Mina in  Kadurat, Sanam is now loved by the audience for everything she does on screen. 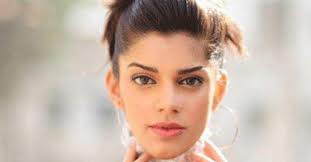 As per the latest news, it has been heard that Sanam is quite upset with a private channel as the channel has casted someone else inspite of her in its upcoming film. Sanam was promised to be casted in a major role and even for that, the channel and the actress scheduled dates and discussed other arrangements but the channel has now replaced her with another actress who too, enjoys a prominent existence in the showbiz industry. 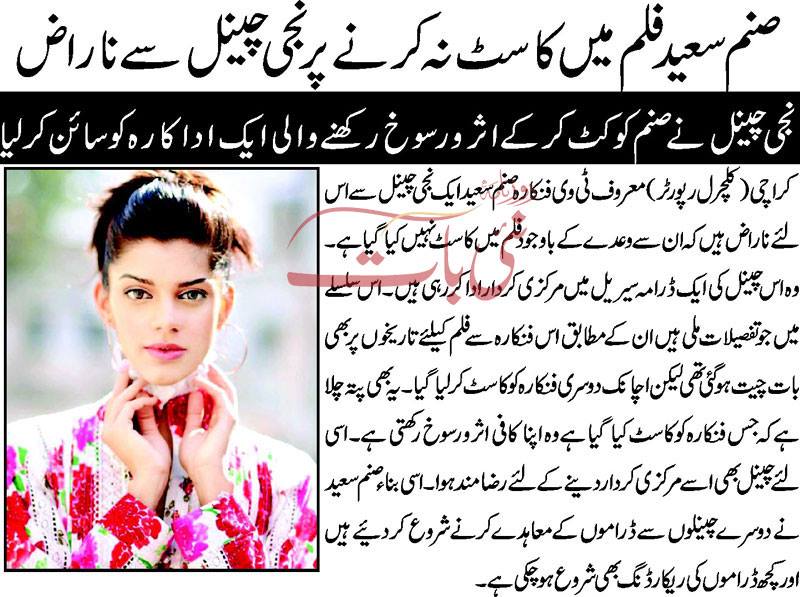 Now that Sanam is no more a choice for this movie, she has signed new projects with other channels and is really busy with her newly signed dramas.

We wish Sanam a bright career ahead,