The lady most wanted these days, an actress who is best known for her outstanding performance as Kashaf in the phenomenal drama serial Zindagi Gulzar hai is enjoying much of the fame these days. Sanam Saeed is now seen promoting different brands and was recently doing a theatre Dhani with Sarwat Gillani being an important part of the theatre too. The actress is highly educated and made her debut on television with the drama ‘Daam’ from which she turned on as a potential actress and since then doing justice to all the roles that are been offered to her.

Sanam lately gave an interview to the Paper Magazine, doing some modelling for the magazine where she is seen wearing different brands. She is often seen carrying herself pretty well in the western outfits and it is most of the time that she is wearing something trendy and much latest rather than the formal dresses that are followed within the country. Although, once in a morning show with Nida Yasir, she did mention that she is not brand conscious( wearing a Khaadi dress), she is still admired by her fans for her dressing.

Here are a few pictures of Sanam from the latest edition of Paper Magazine that reveal more about the the actress and the fact that she is truly an icon in the fashion industry these days! 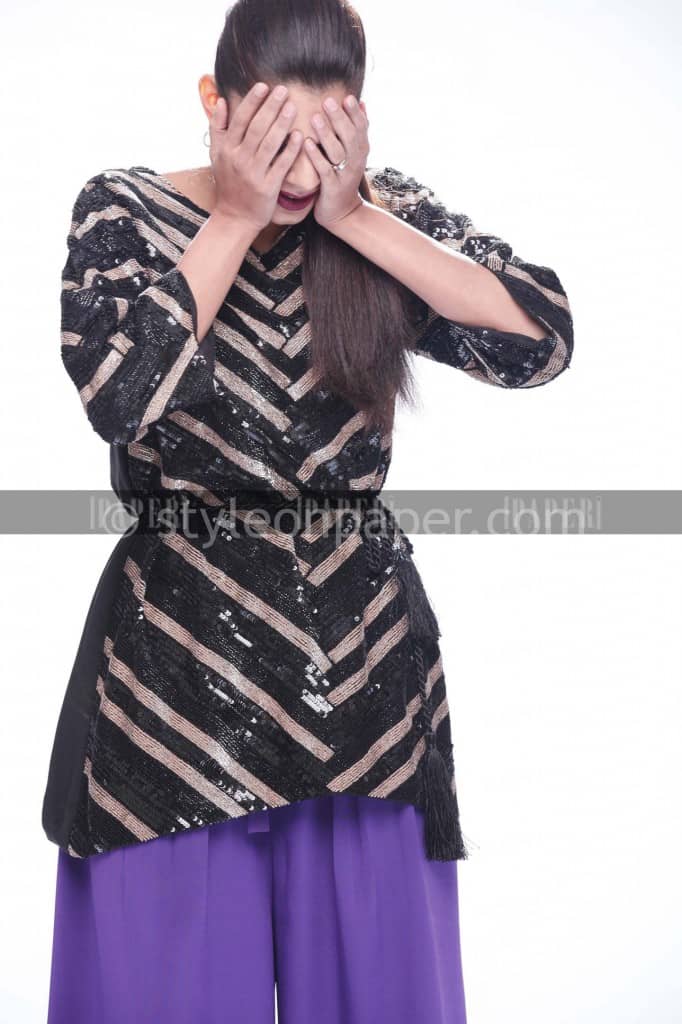 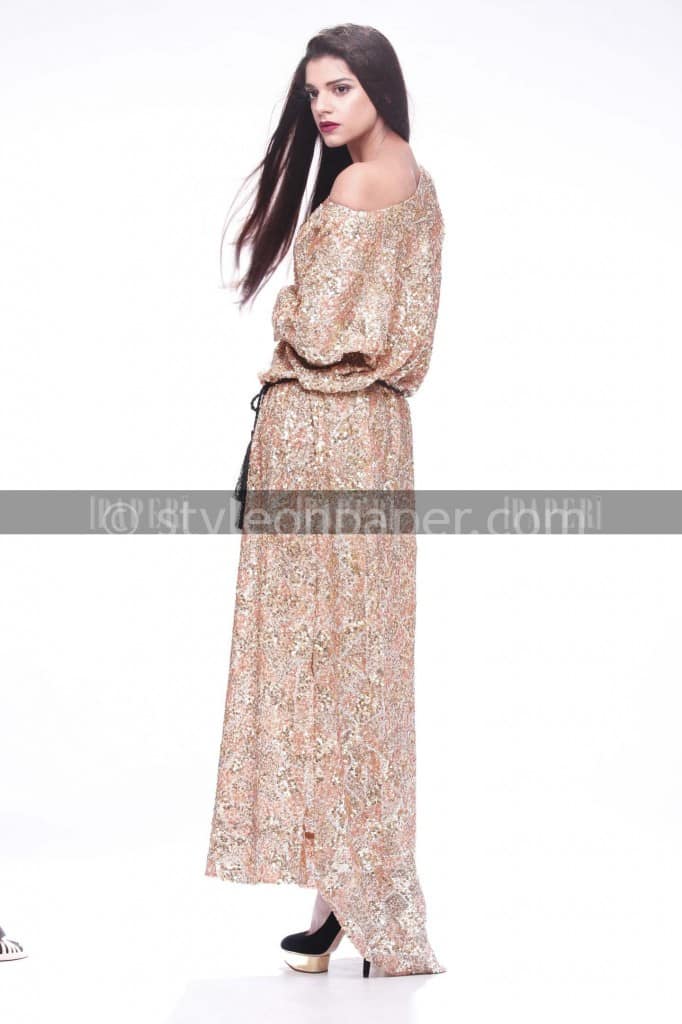 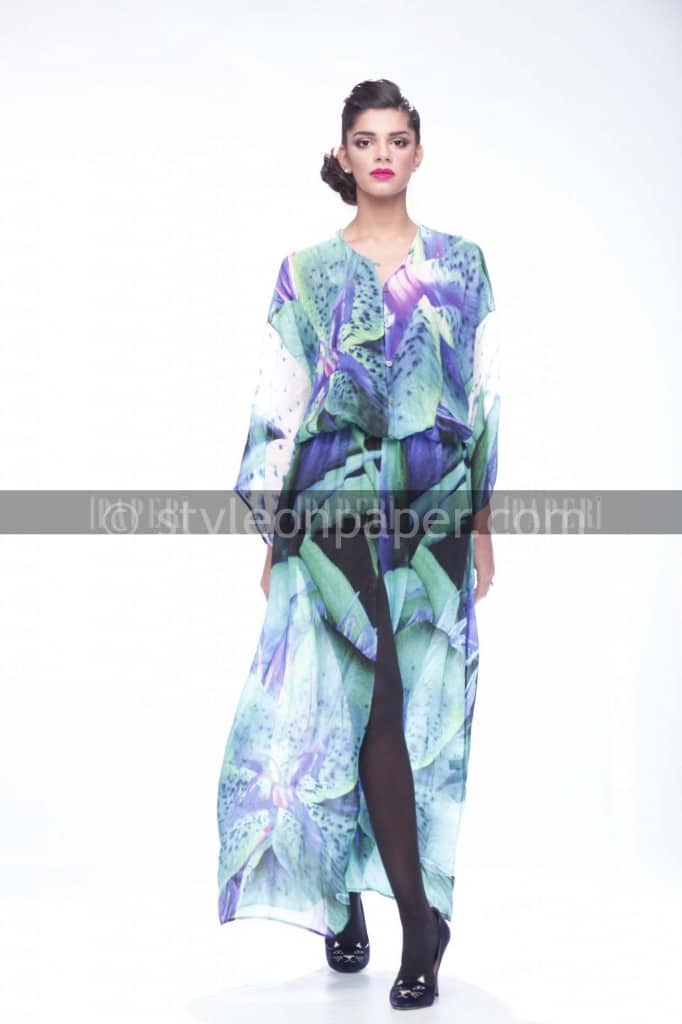 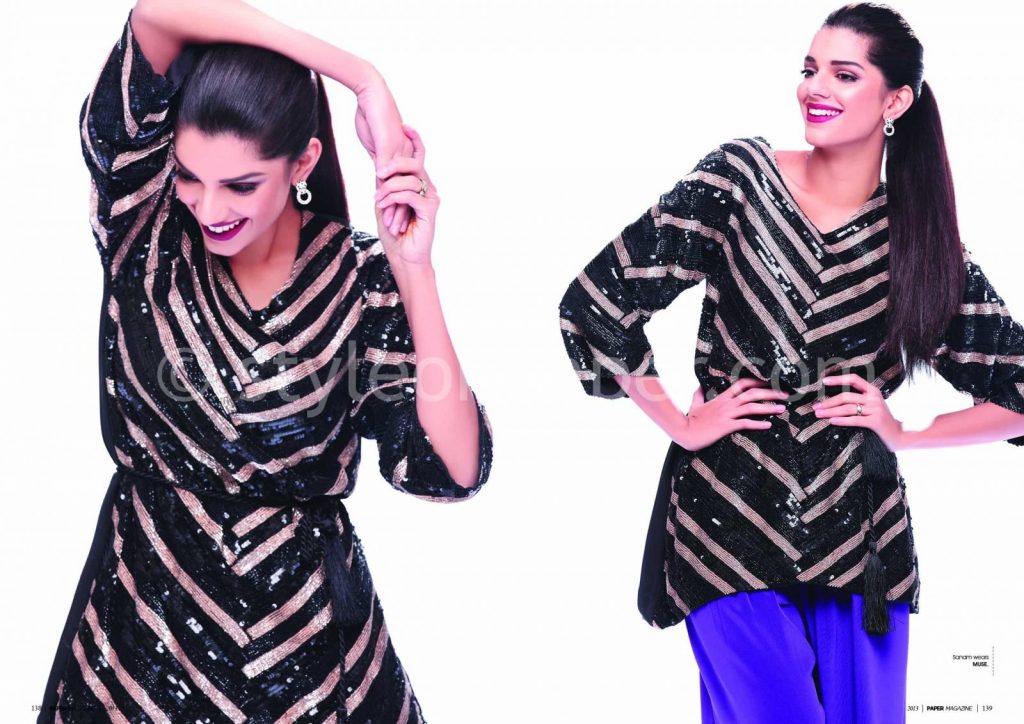 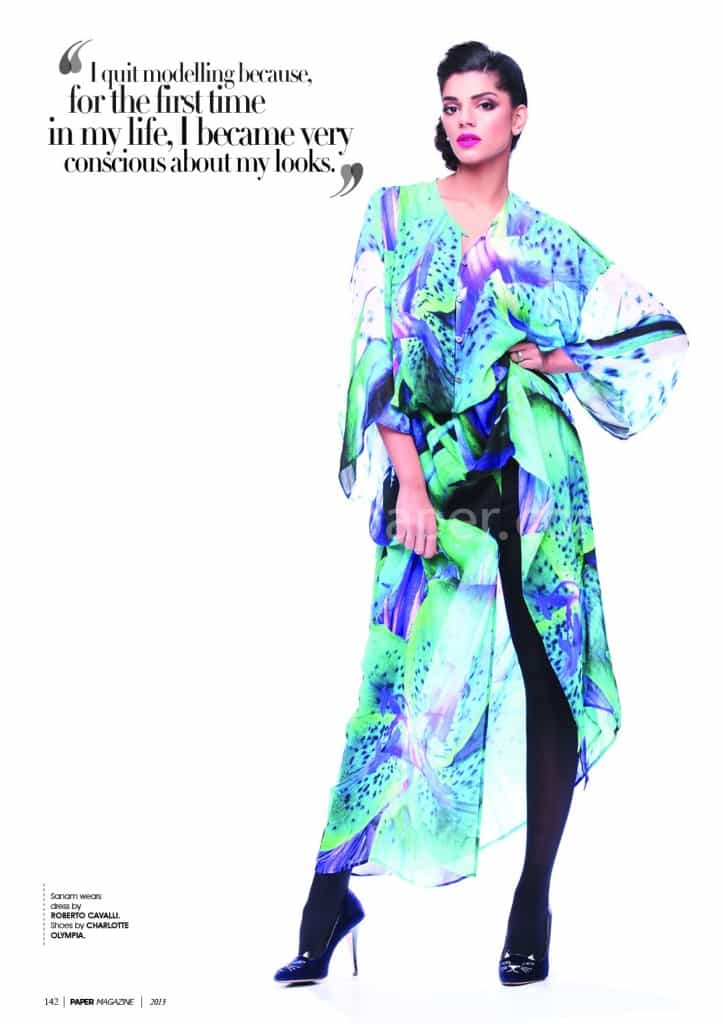 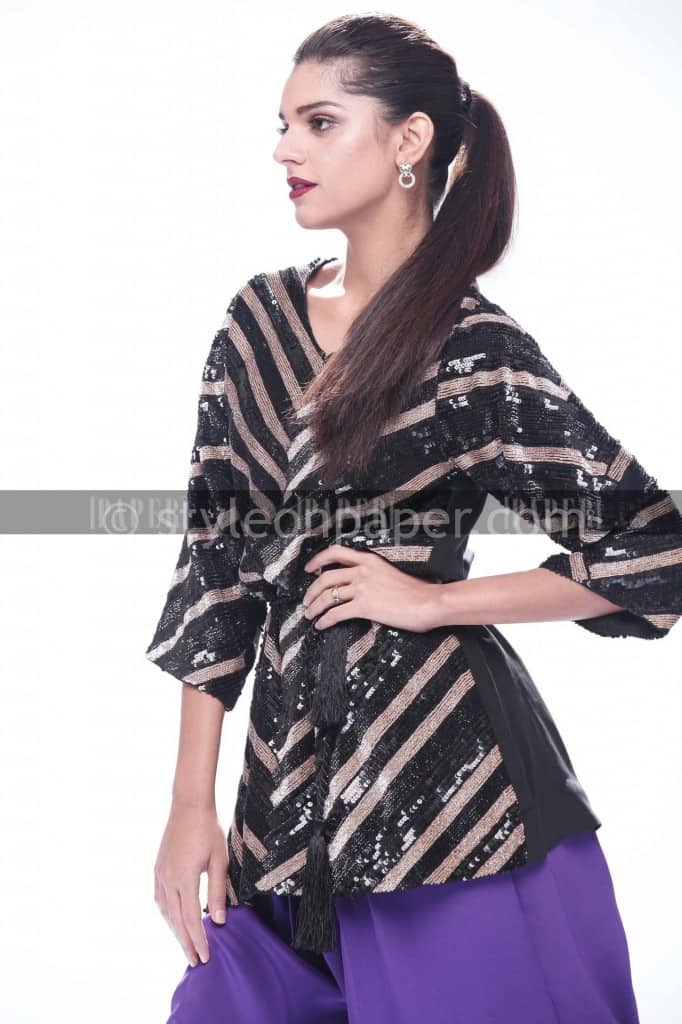 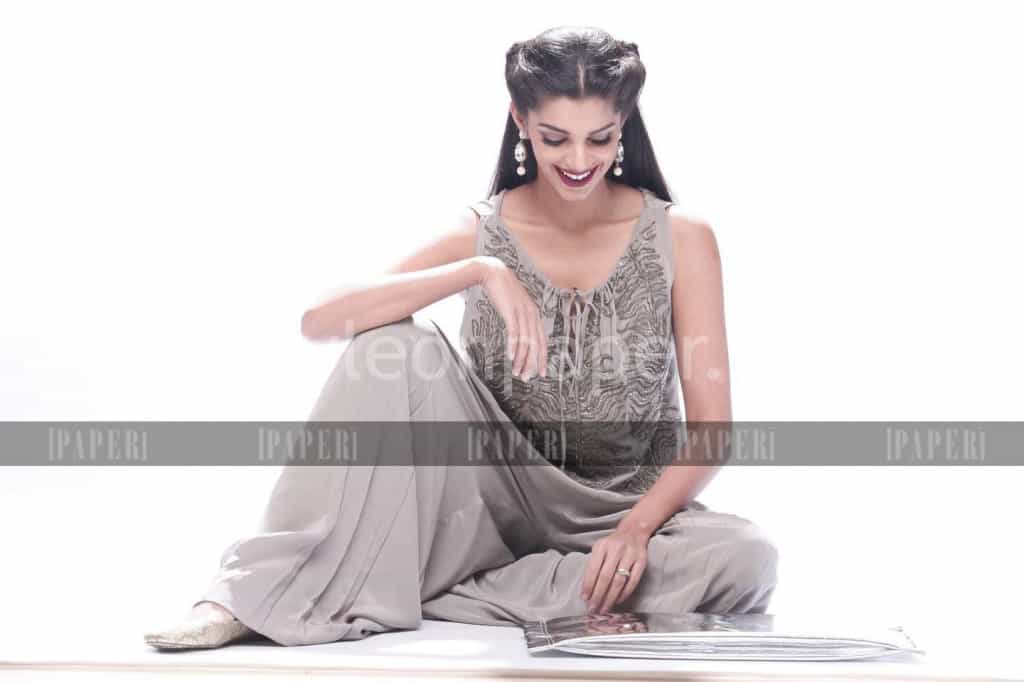 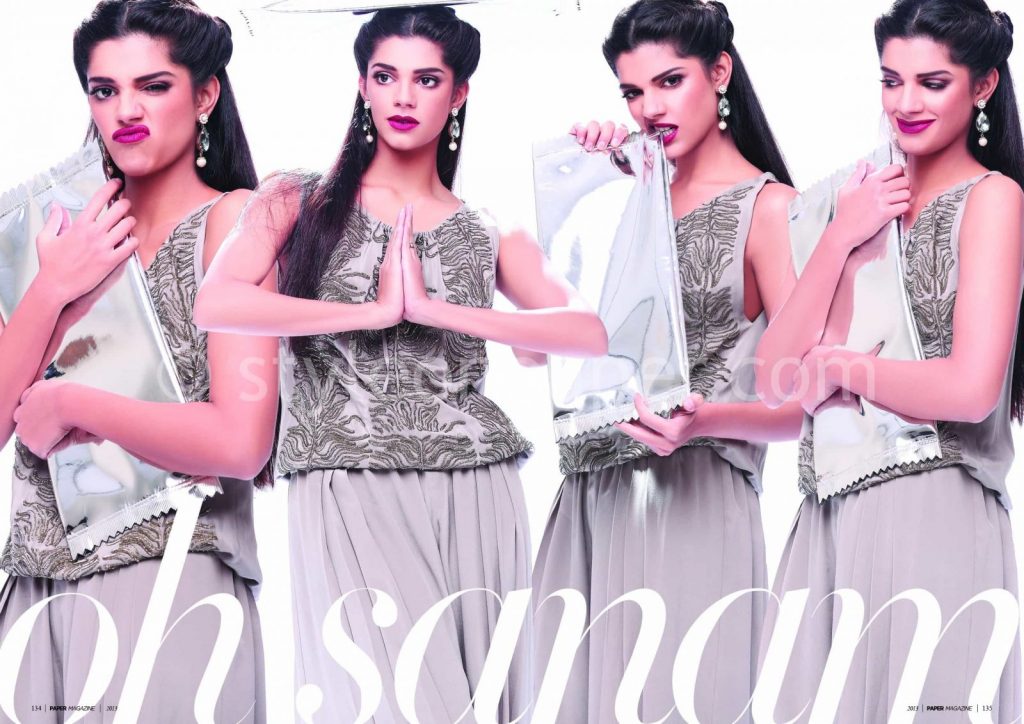 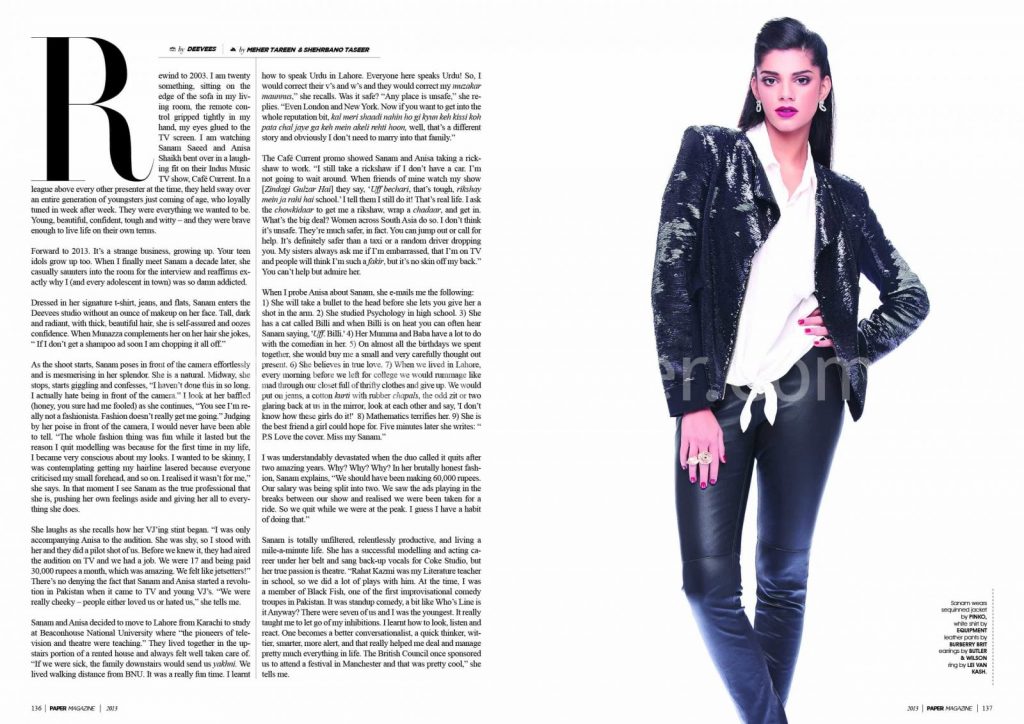 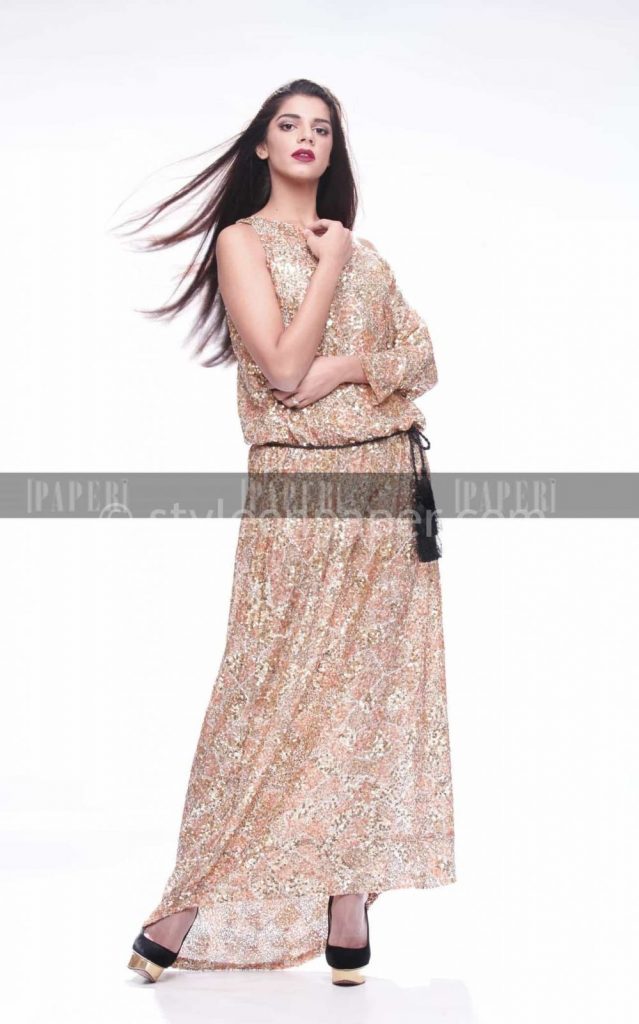