Sarah Khan is an adorable and talented Pakistani actress who is happily married to the brilliant singer Falak Shabir. Sarah and Falak have an adorable daughter Alyana Falak. They both love to spend time with their little angel who looks exactly like an adorable junior version of her mother Sarah Khan. 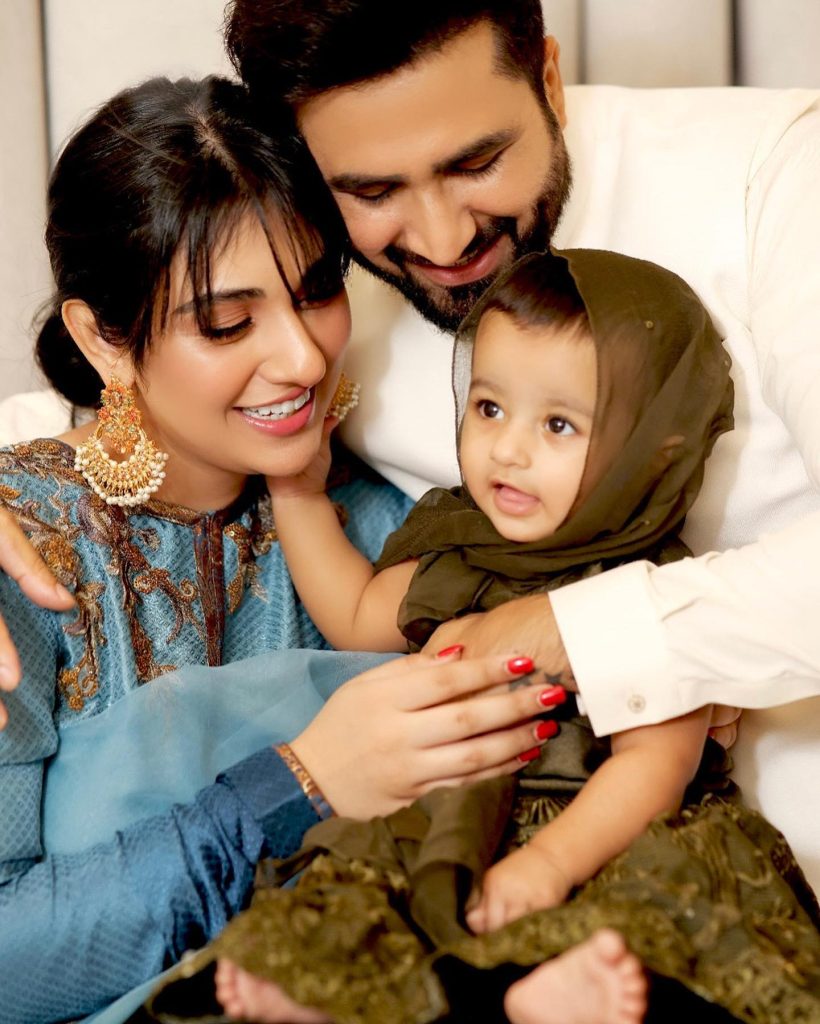 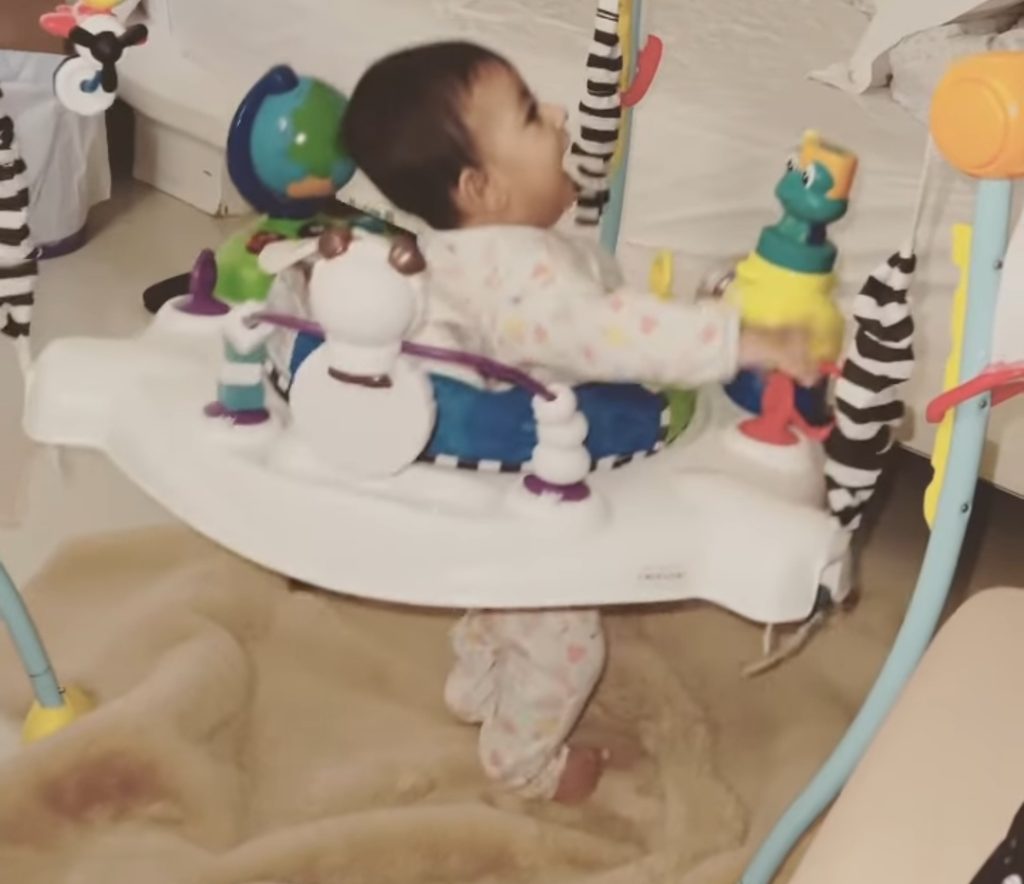 Sarah Khan loves to post pictures and videos of her cute daughter. This time again, the actress has posted an adorable video of Alyana playing with an easy mobile trampoline, which was fixed at home. She’s enjoying her time and Sarah is loving to see the joyous moves of Alyana. While sharing the video Sarah warned her fans who spread negativity and give unnecessary comments, she said, “AVOID GIVING ME YOUR USELESS ADVICE AND JUST ENJOY THE VIDEO, I am mother of my child and I know how to train her well”. Have a look at joyous video of the super cute Alyana Falak, shared by Sarah.

Nadia Hussain praised and said, “You are absolutely right”. Well fans were still coming up with negative remarks and advice, one fan said that if you think that you don’t need advices then why did you upload her video, keep it to you”. A few gave advice but many others praised video. One fan wrote a mean comment but was responded back by other cybernauts. Have a look at all comments. 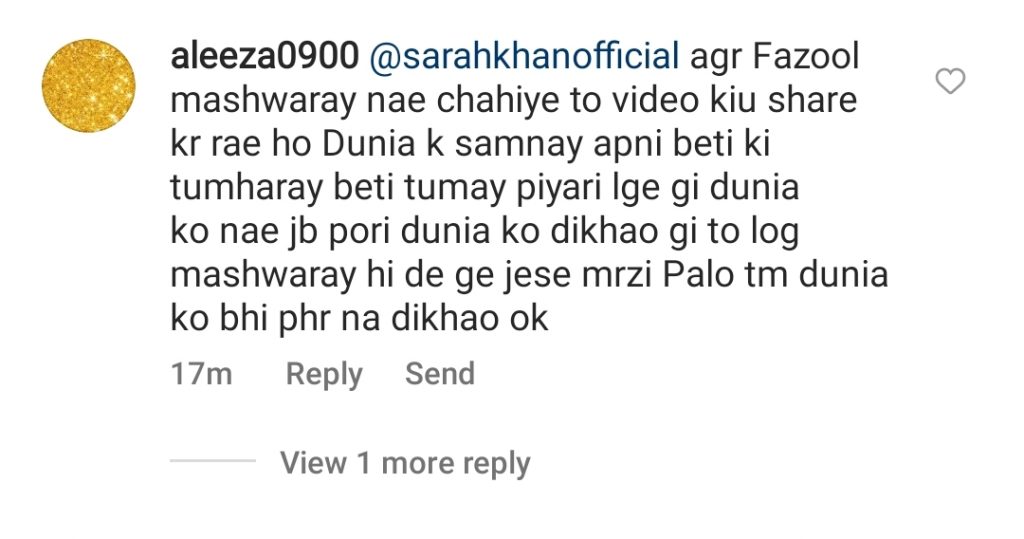 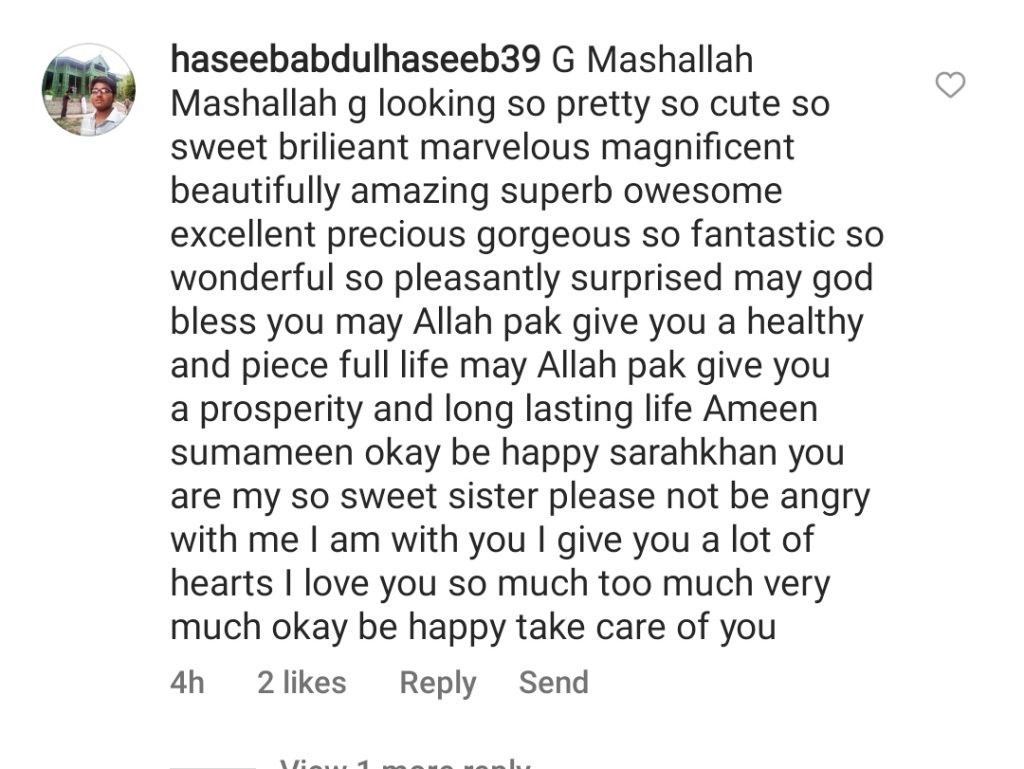 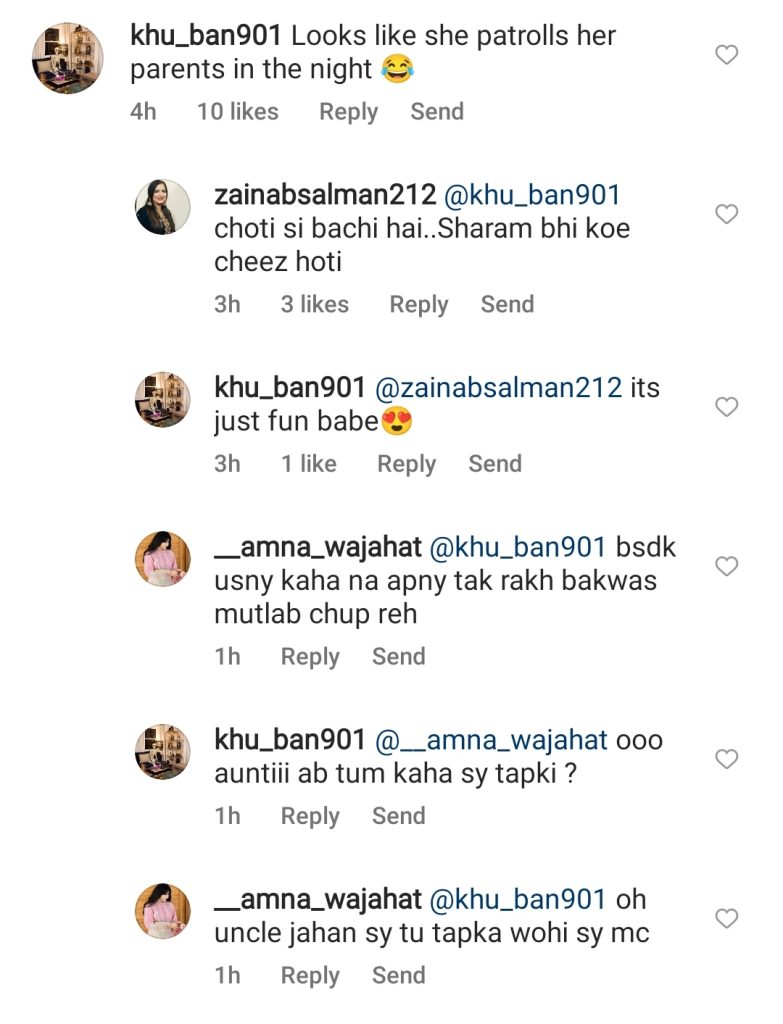 What do guys think about this adorable video of cute Alyana Falak? 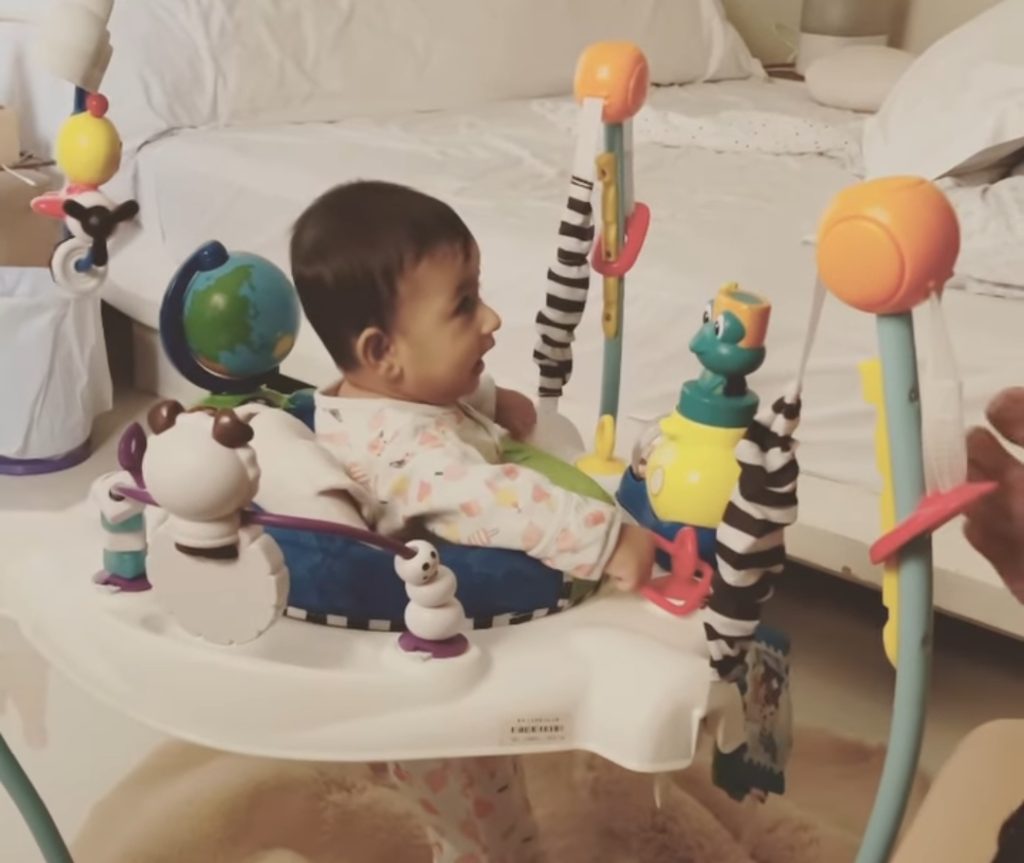 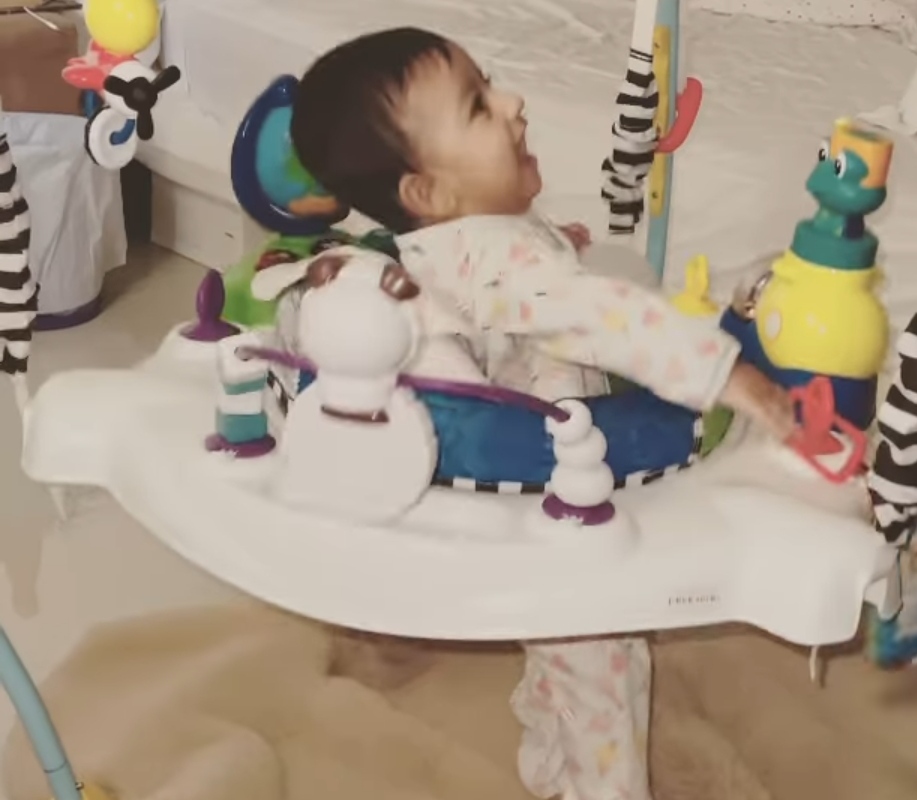