The television channels were there when Sarfraz went to try his Sherwani. Sarfraz said that wearing helmet was easy but wearing this turban on his head doesn’t appear to be that easy.

Here are some pictures from the baraat and mehndi: 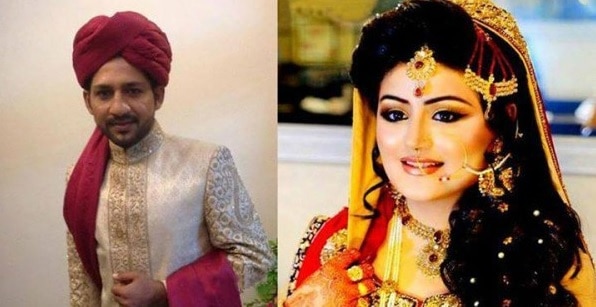 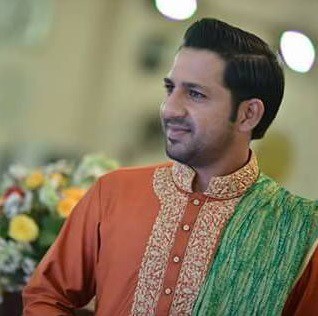 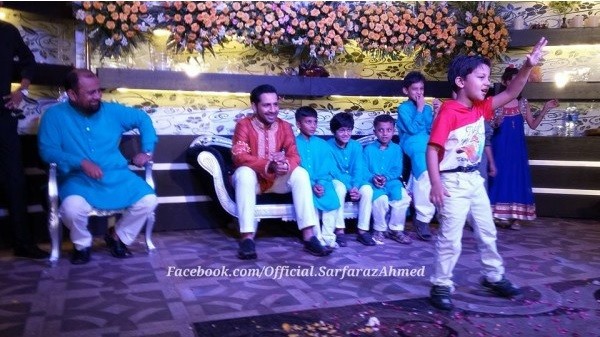 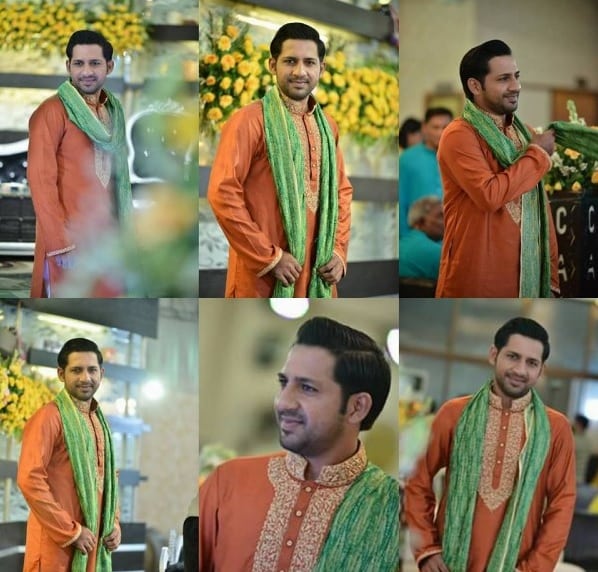 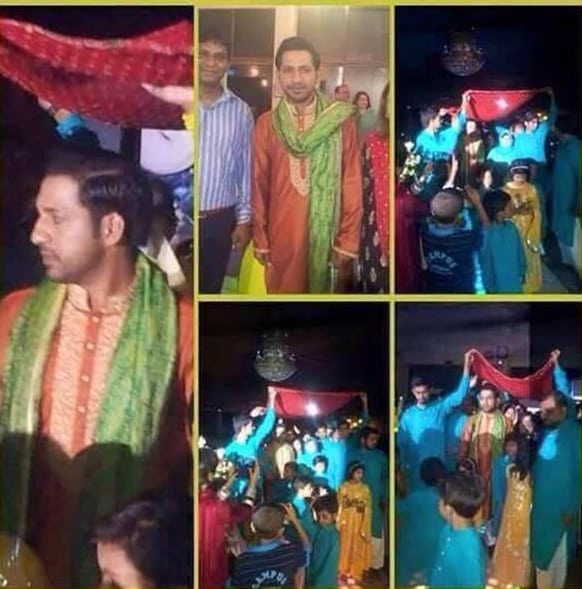