Sarwat Gillani Claps Back At Hater

Our beautiful and talented Actress Sarwat Gillani has just posted a picture on her instagram in which a girl was posing with excitement infront of an abstract painting and she has written the caption, ” when you see an abstract painting and Say hey I can make it” but it wasn’t the issue what bothered to the fans was the dressing in which girl was wearing shorts along with T-shirt and the picture was taken from the back. It is even difficult to notice that it was Sarwat but fans are more protective and notice indecent dressing so there were mixed reviews about photo some were saying your dressing is so indecent so are you in race of getting Tamgha e Imtiaz on which Sarwat clapped back to the follower. She said ” hey chishmish get your eyes tested it’s not me and even if it is me who are you again??”

Some people expressed love about sarwat and replied back to negative comments, some of the people praised her that if it’s sarwat she is super fit being a mom and yet smart.

Well one thing is for sure that the fans really are protective but some cross the line and be rude and ruthlessly judgmental which is wrong. We can find decent ways of addressing things that bother us, bad mouthing is curse and we need to get out of it. 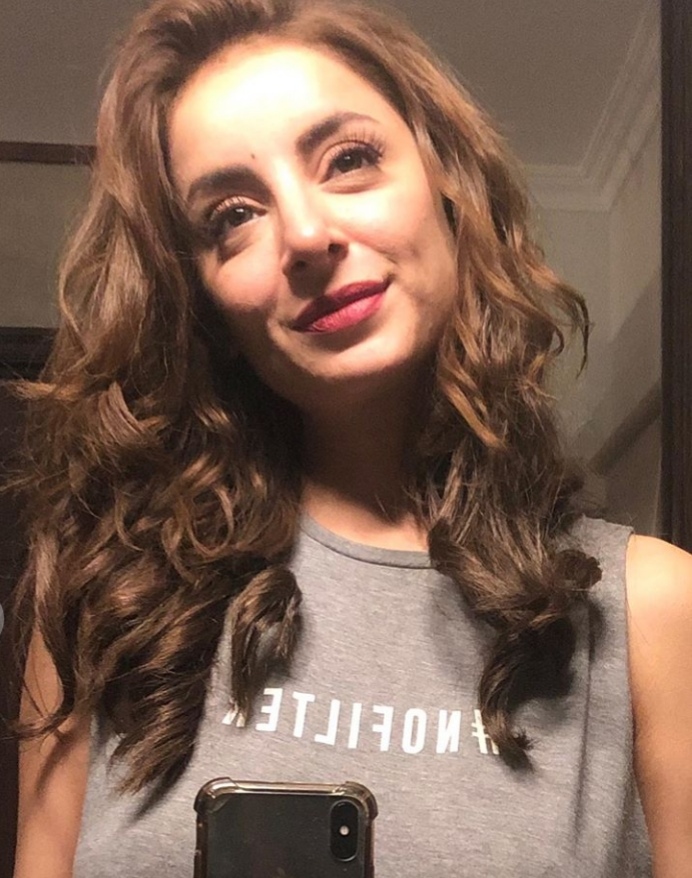 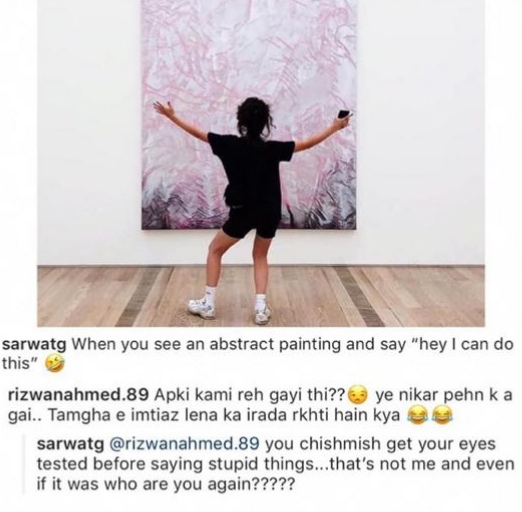 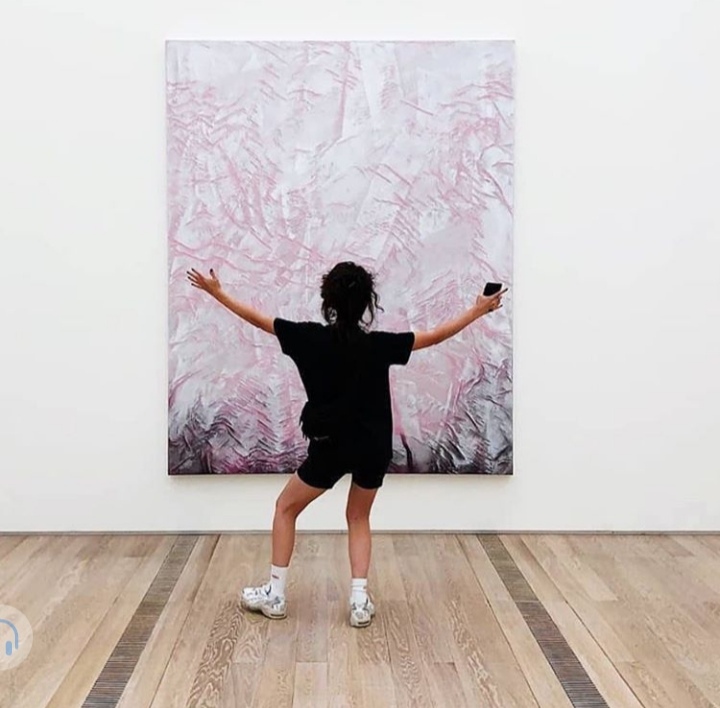 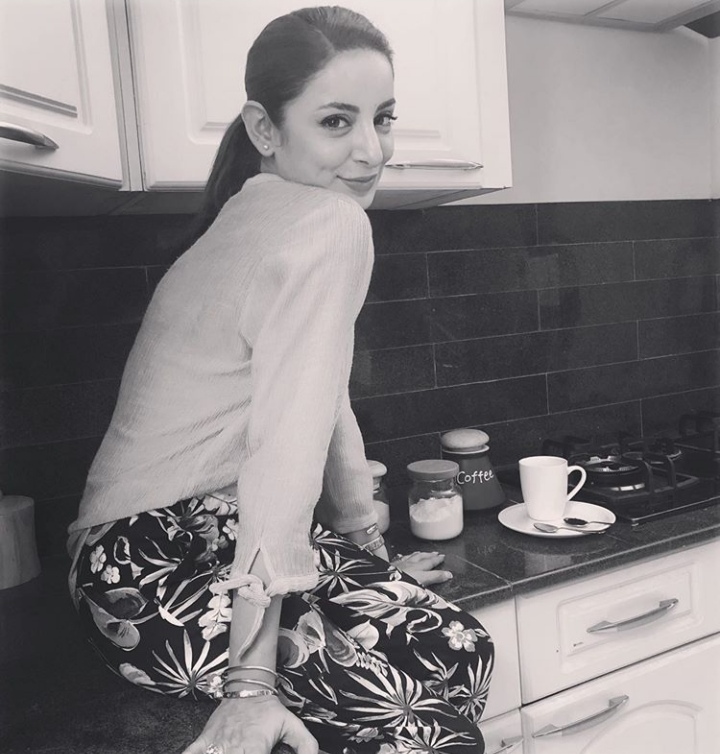 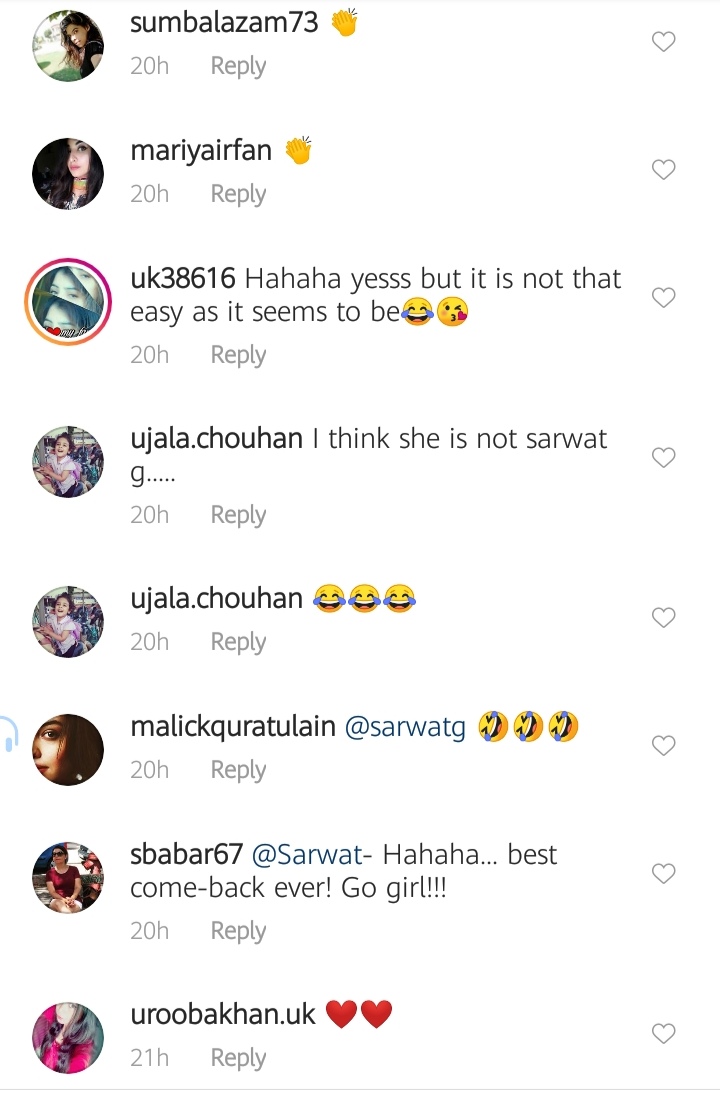 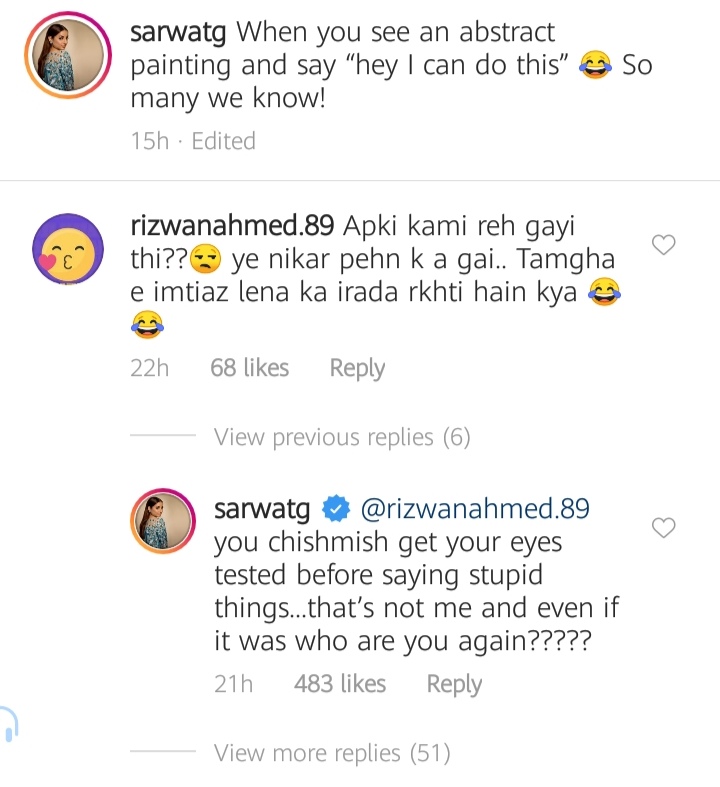 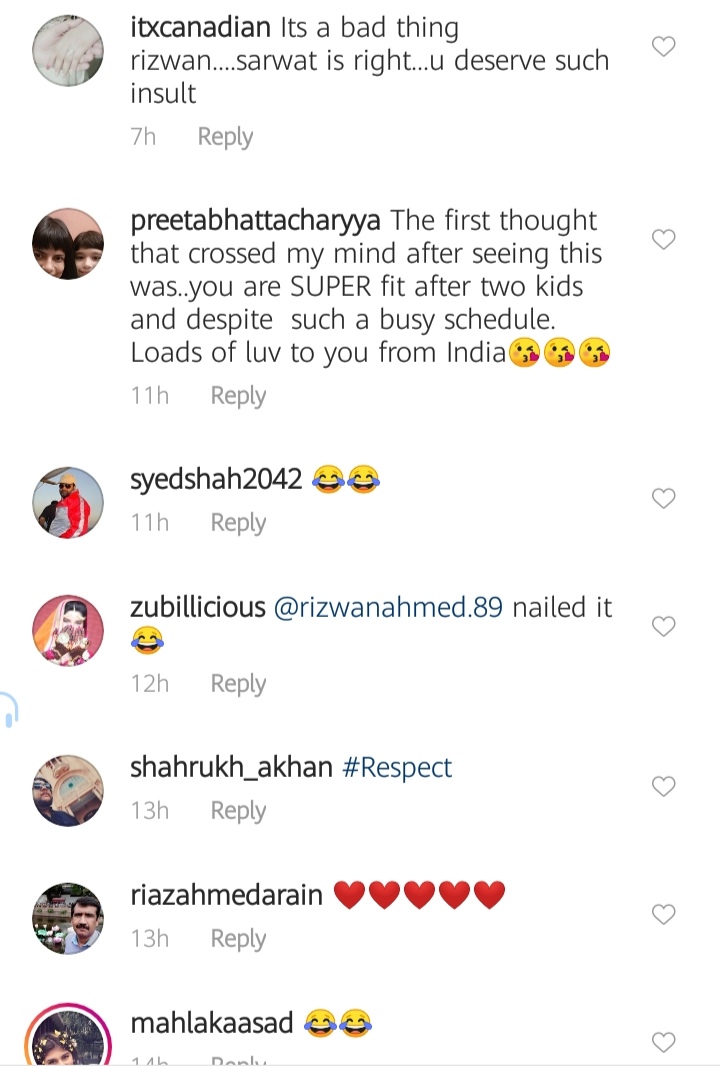