Saud is a phenomenal and versatile Pakistani film actor and drama producer. He is best known for playing a vital role in Yeh Zindagi he, which was his home production on Geo television. He owns a production house JJS Productions since 2006 in the Pakistani entertainment industry. 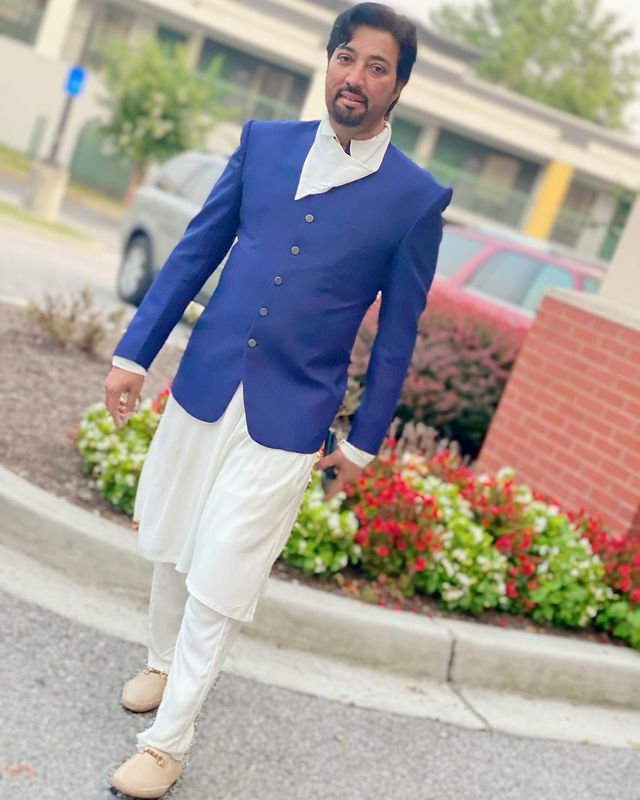 An old video of Saud and Javeria from the show “Taron Se Karain Batain” has resurfaced on the internet. The show was hosted by Fiza Ali and aired on GNN television.

In the show, the host asked Saud, who chose Javeria as his life partner, Saud or his family? Saud replied saying, “My sister chose her for me, after that we went to a Ghazal Night where Javeria was also present. Javeria was sitting next to Ghazal Javed who is a veteran actress of the industry and she is a bit chubby, both of them were wearing Black outfits. I told Rambo that My sister wants me to marry the girl sitting behind in a black dress, Rambo turned and saw Ghazala Appa, he thought she is that girl and said “Are you mad?”.

Saud further added, “I asked him “what’s wrong in marrying her?”. He replied saying, “everything is wrong”. I then told him that you are looking at the wrong girl and after looking at Javeria he said she is wonderful”.

“All my colleagues from Lahore wanted me to get married that’s why they went along with me to propose Javeria. Shaan Shahid, Moammar Rana, Rambo, Arbaaz Khan all of them accompanied me that day” said Saud.

Check out the link below to watch Saud narrating this hilarious story.