Cricket is the heart beat of this nation and if you are a celebrity or not, emotions do get high on a big match day. India vs Pakistan is undoubtedly the biggest rivalry in the grounds of cricket and it was a big day as Pakistan clashed with India on Sunday. Indian Team got a very good start but Pakistani bowlers struck back and limited them to 181. But they still managed to get 8 more runs due misfielding by Fakhar Zaman. Fakhar had previously dropped Virat Kohli’s catch in the last match and here too he could not perform in batting either thus people naturally criticized his performance. Shaan Shahid could not control his emotions and had this to say: 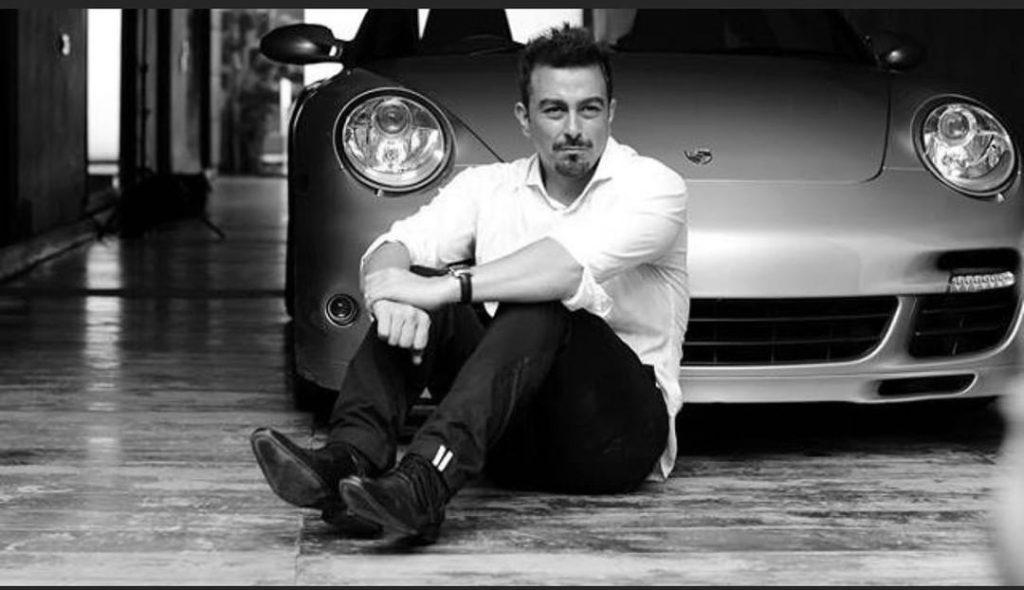 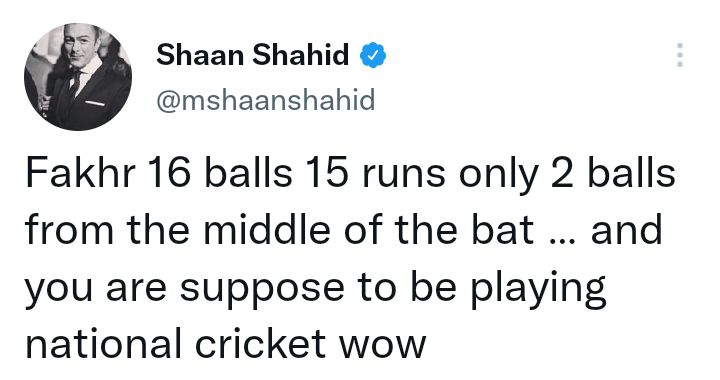 A Fakhar fan responded to him and reminded him of his own films that did not work: Shaan then said that there is a difference between sports and arts: 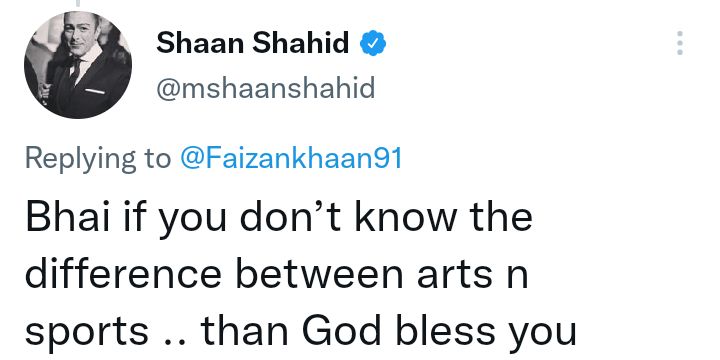 This started a huge debate on the internet with fans from both sides locking horns and defending the one they liked better: 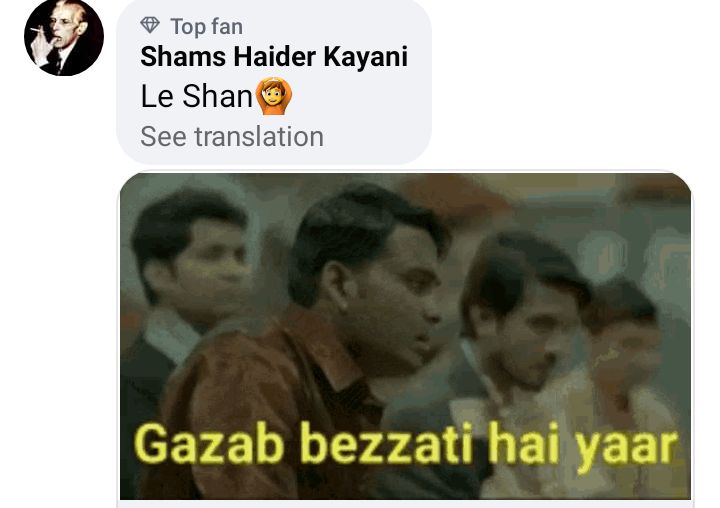 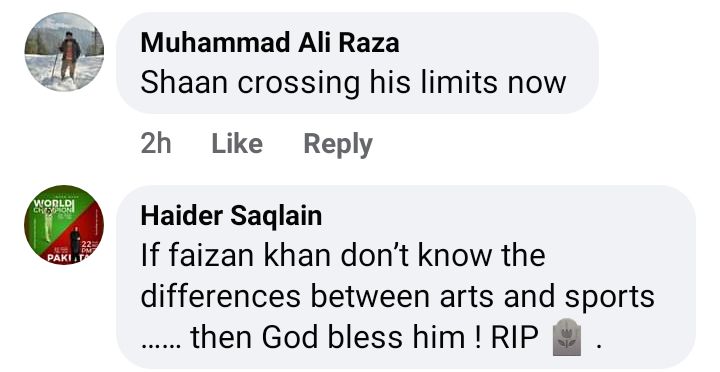 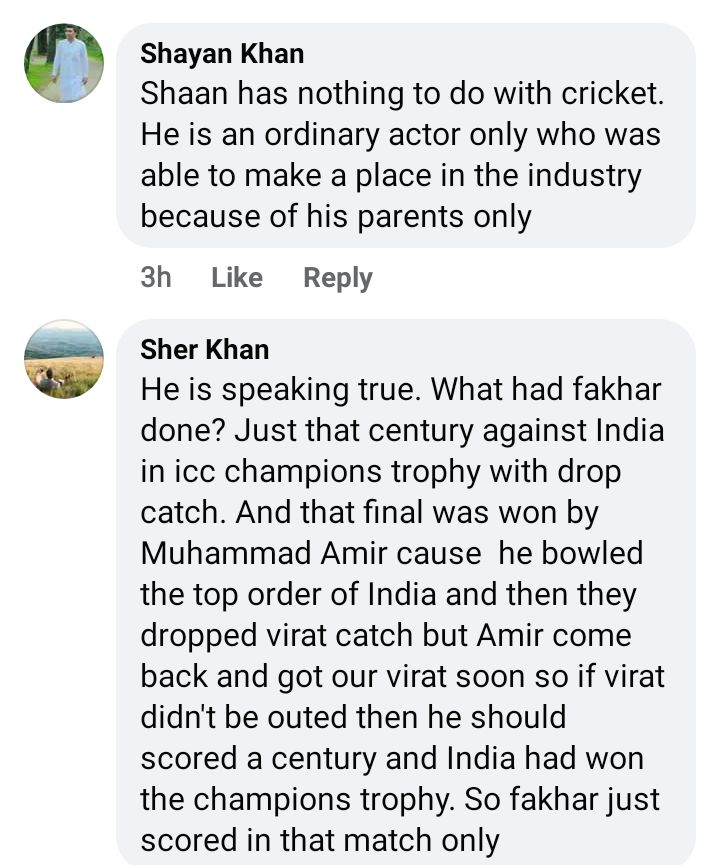