Shafaat Ali is a famous standup comedian and host, who is known for his impressions of Pakistani public figures. Shafaat has now tried his luck in acting field and has appeared in a few drama serials and telefilms as a supporting character. Shafaat Ali was recently spotted in GMP “Eid Special Show”, along with his wife.

Rabecca while disclosing Shafaat Ali’s bad habits, mentioned that “The most worst habit of Shafaat is that he easily trust everyone and because of this habit Shafaat has faced a lot of damage.” 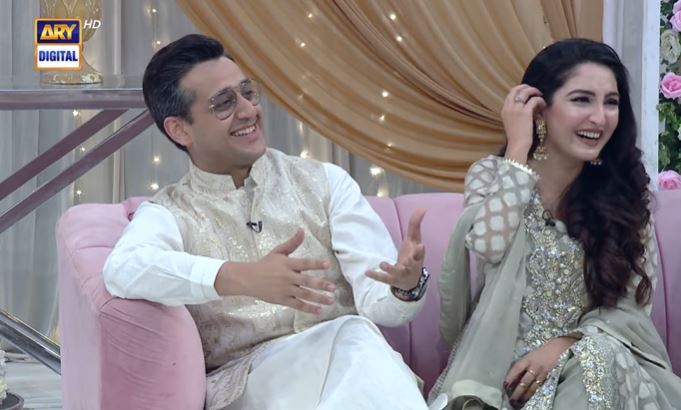 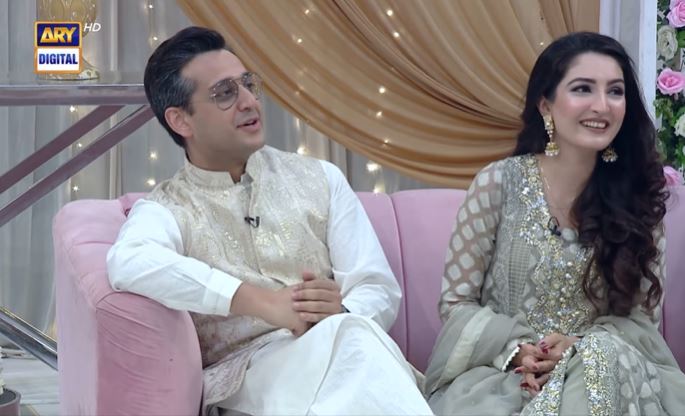 Shafaat Ali while revealing a bad habit of his wife Rabecca, added that “Her bad habit is that she goes into depression easily, because she is super sensitive. If someone will pass a comment or say anything inappropriate she feels it.”