Shahroz Sabzwari has been under hot water since the day his move Chain Aaye Naa has made it to mainstream. The movie has received a lot of criticism, but it seems that Sabzwari has had it enough and he has lot his cool now. After hearing a lot of rebuke on the kind of movie he did and the story he had, Sabzwari posted a picture on Instagram thrashing all the people who have been criticizing him.

At first he posted the picture of a single fan somewhere in the world who appreciated his movie in quite a detail and captioned it with words very harsh for the people: 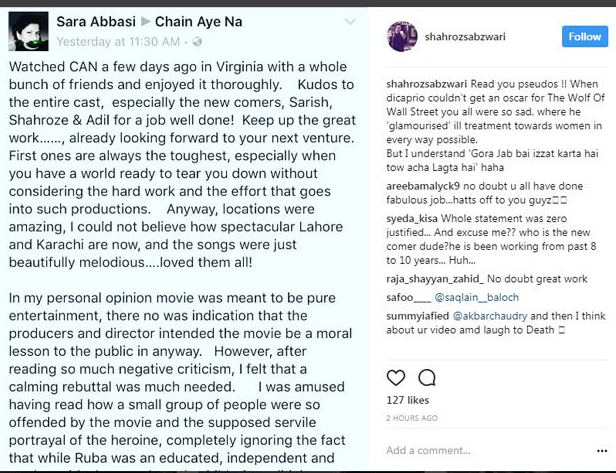 Not only did he bring Leonardo DiCaprio in the conversation, but also raised the point that whenever it is foreigners portraying certain things people enjoy them but when the locals do the same thing, they don’t. But, he couldn’t stick to his point and later went on to delete the Instagram post.

Do you agree with what he has to say, or think that Shahroz Sabzwari’s anger is unjustified?