Sidra Batool is a Pakistani actress. Sidra made her acting debut in 2012 with drama serial Daagh, Sidra Batool was also apart of drama serial Yeh Zindagi Hai in which she played the role of Jannat (Janny).

Her performance  in soap Ishq Hamari Galiyon Mein as Falak led her to the nominations of Best Soap actress in Hum Awards. Sidra Batool also made cameo appearance in Bin Roye (Both drama and film).

Sidra Batool tied the knot with Ahsan Qureshi in 2017. Together they have 2 daughters. Sidra Batool is not frequently seen on TV screen since she got married.

Here we have pictures from the latest photo shoot of Sidar Batool for Haris Shakeel. She is looking radiant in this ivory colored semi formal dress gharara and shirt. 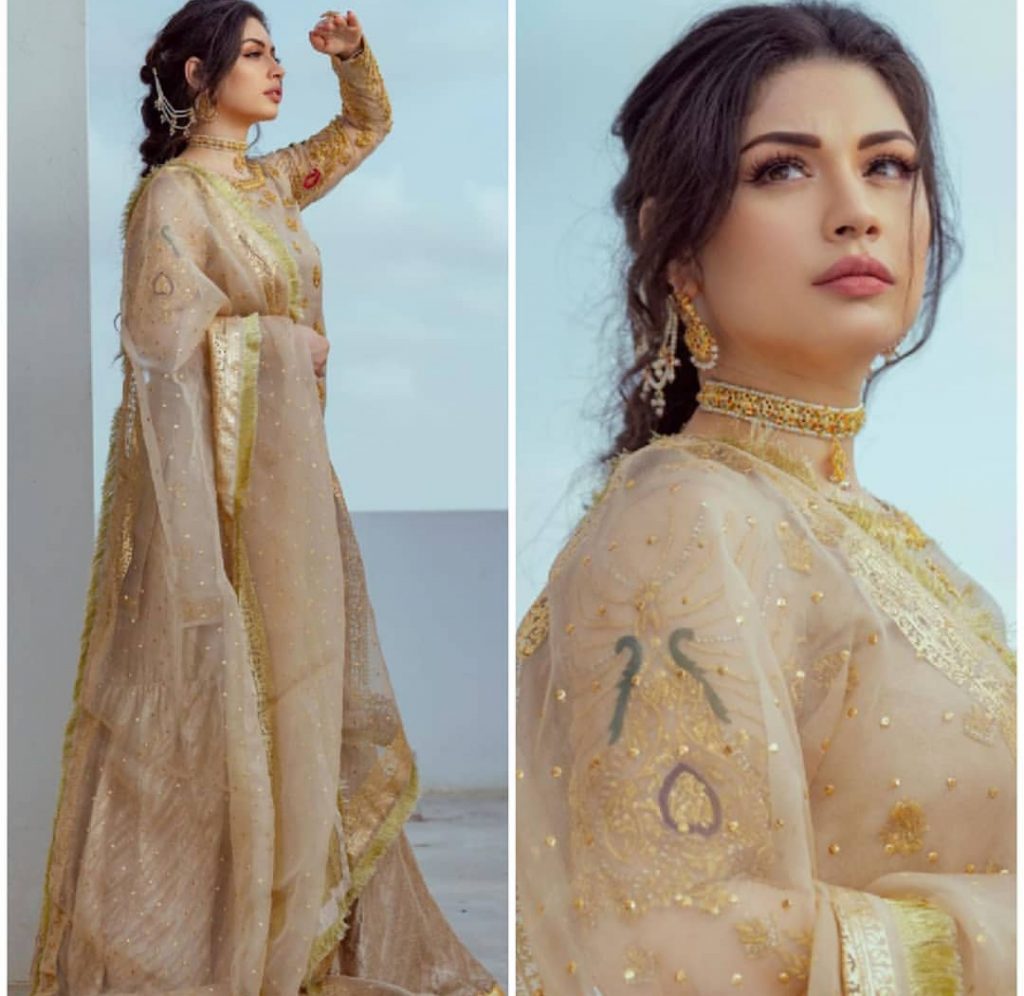 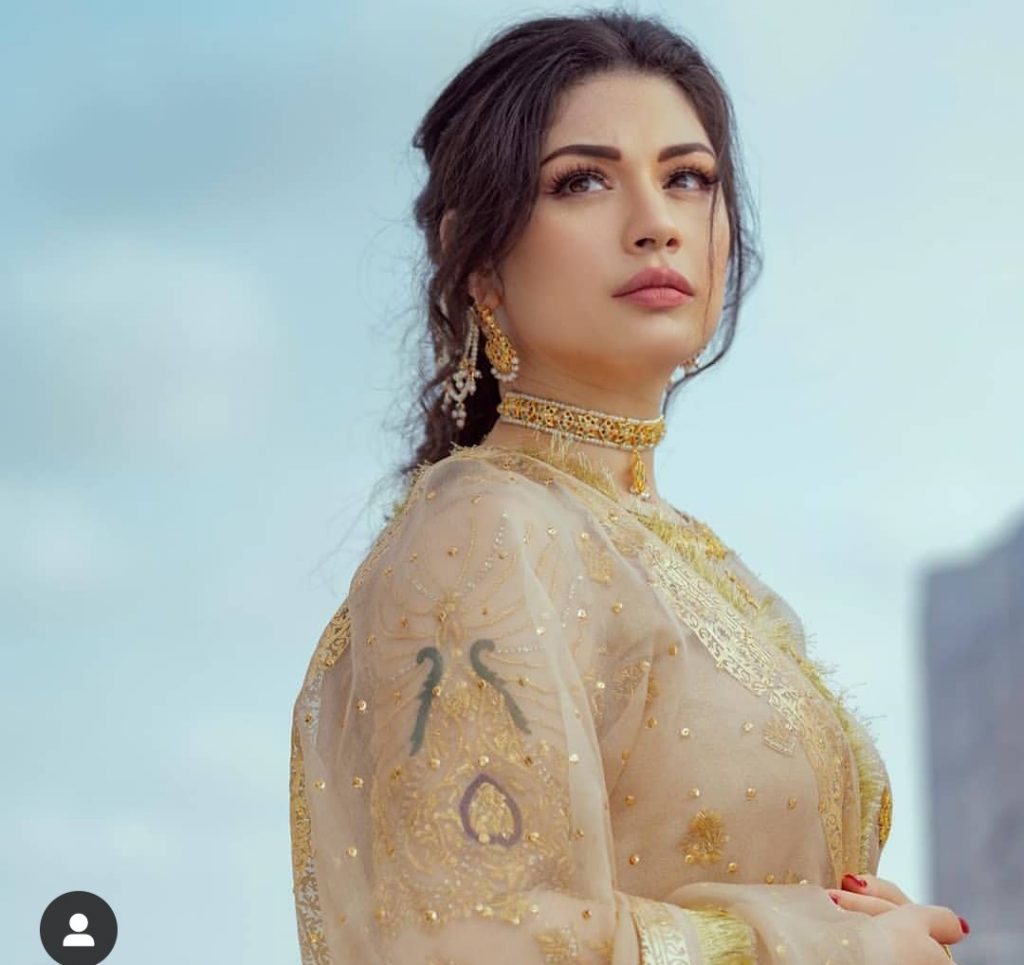 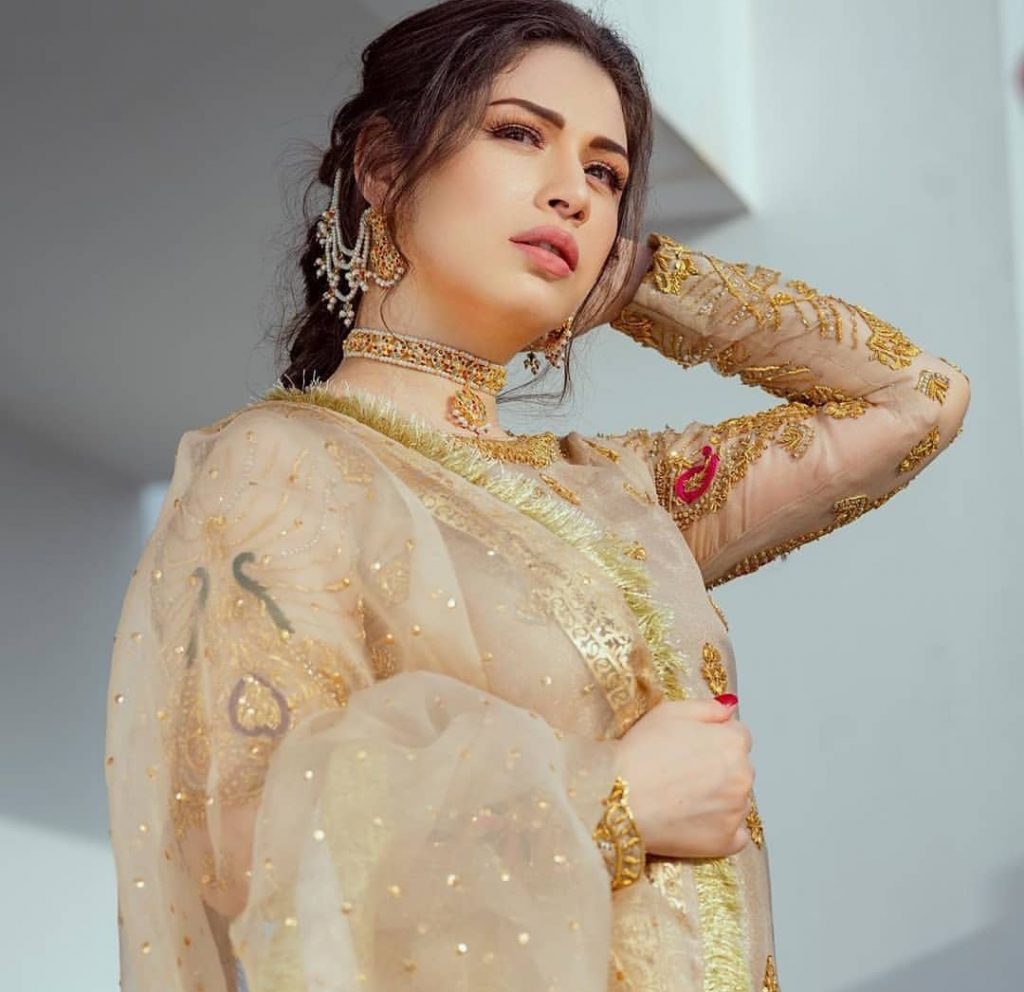 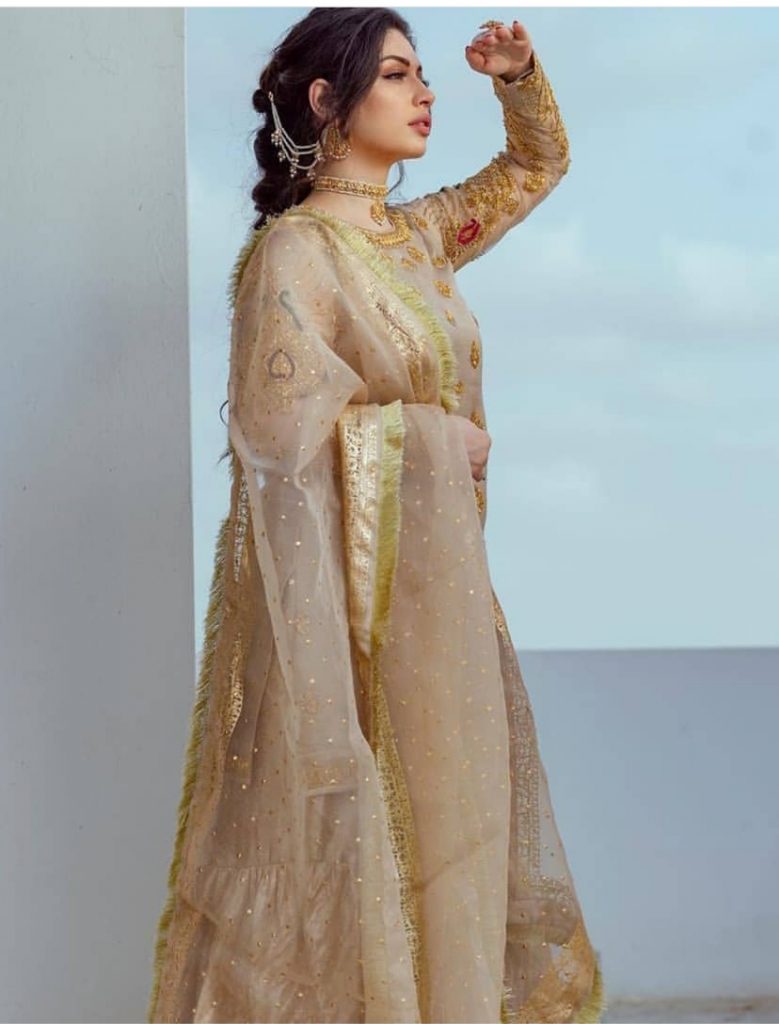 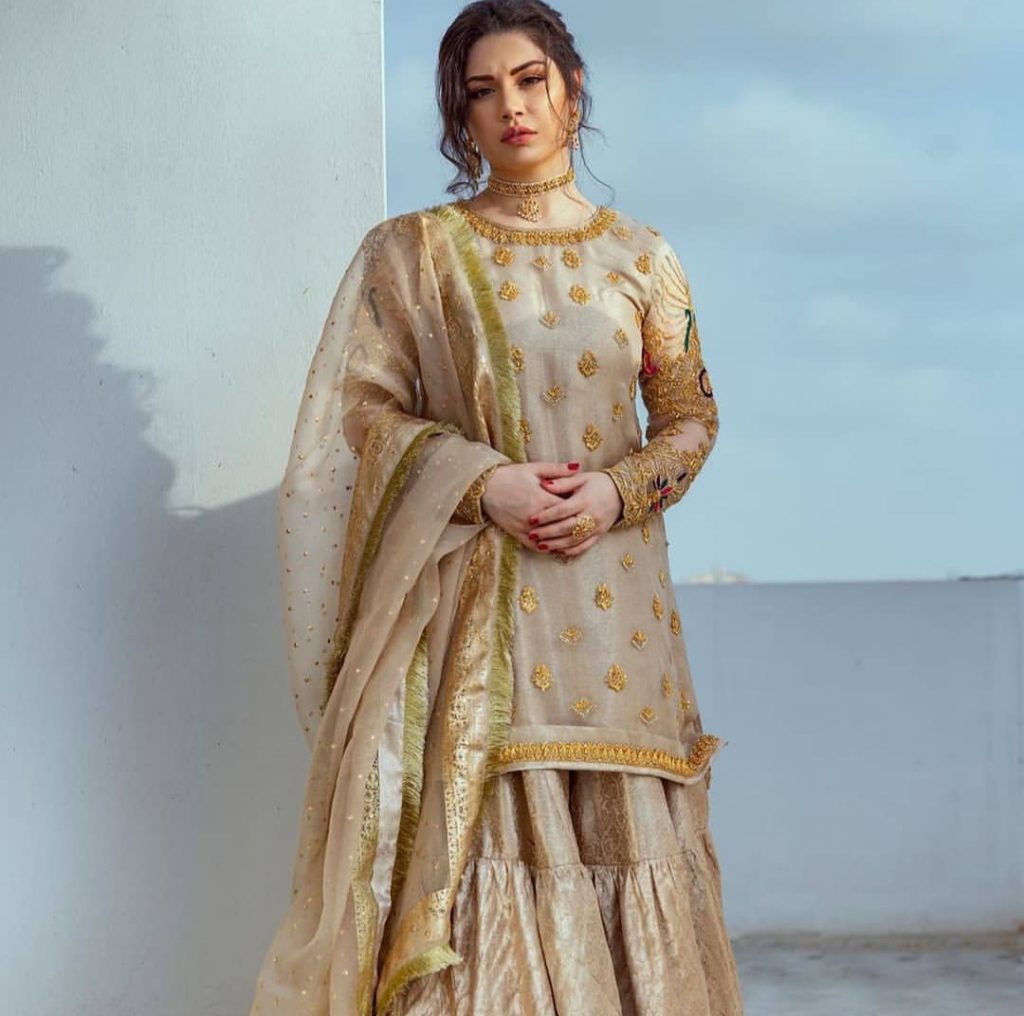 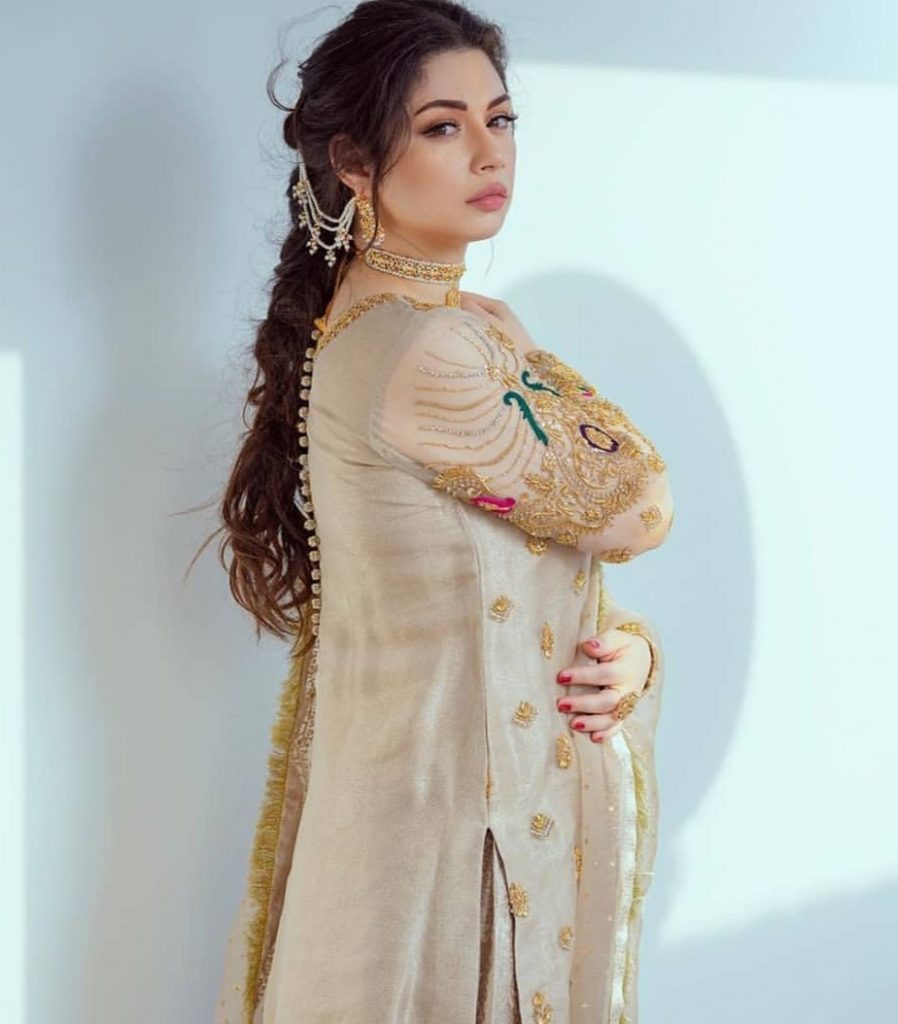 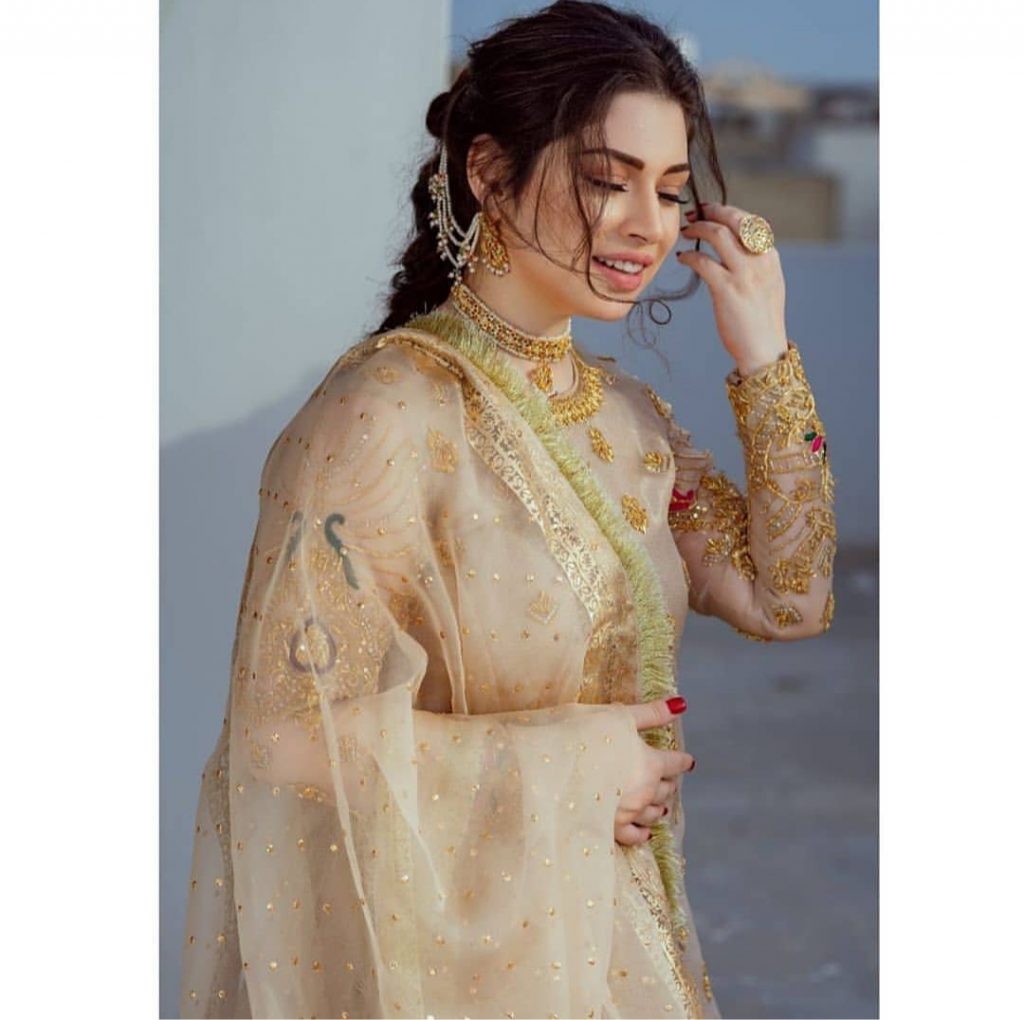