For the holy month of Ramazan, most of the single screen cinemas in various cities will remain close till Eid. In Ramazan, normally attendance in cinemas is very low which makes it impossible to cover the running expenses of a cinema hall. The closed cinemas will undergo annual repairs and construction to be available in better condition for Eid shows. 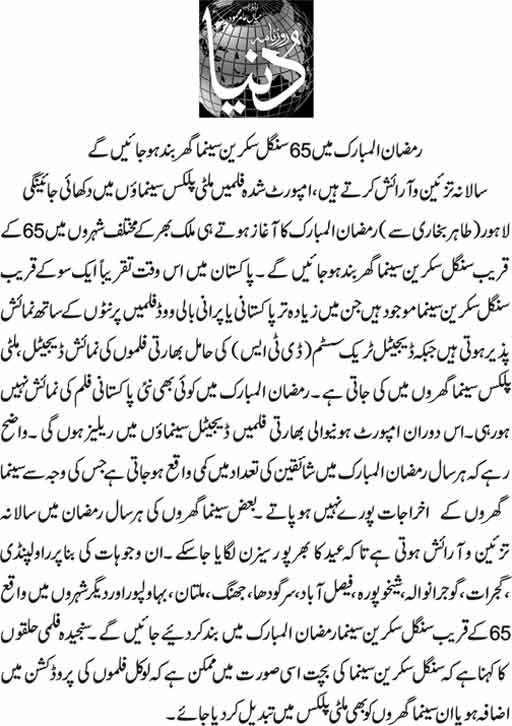