Pakistani movie Tich Button serves as Urwa Hocane’s debut as a film producer. However, the film which boasts a big cast including Farhan Saeed, Iman Ali, Feroze Khan and Sonya Hussyn among others has been marred by several delays since a few years now. First Covid came as soon as the film’s teaser was released and since then the producers have been looking for a good date to release the film.

Two of the leads Feroze Khan and Sonya Hussyn have already disassociated with the film when even the teaser came out as they have allegedly not been paid still. Now, the film’s trailer is out and the stars Iman Ali and Farhan Saeed are out promoting while the other two actors are no where to be seen. Sonya Hussyn has now come out with her stance as the actress has served legal notice of 5 million PKR to Tich Button producer Urwa Hocane over nonpayment of dues. 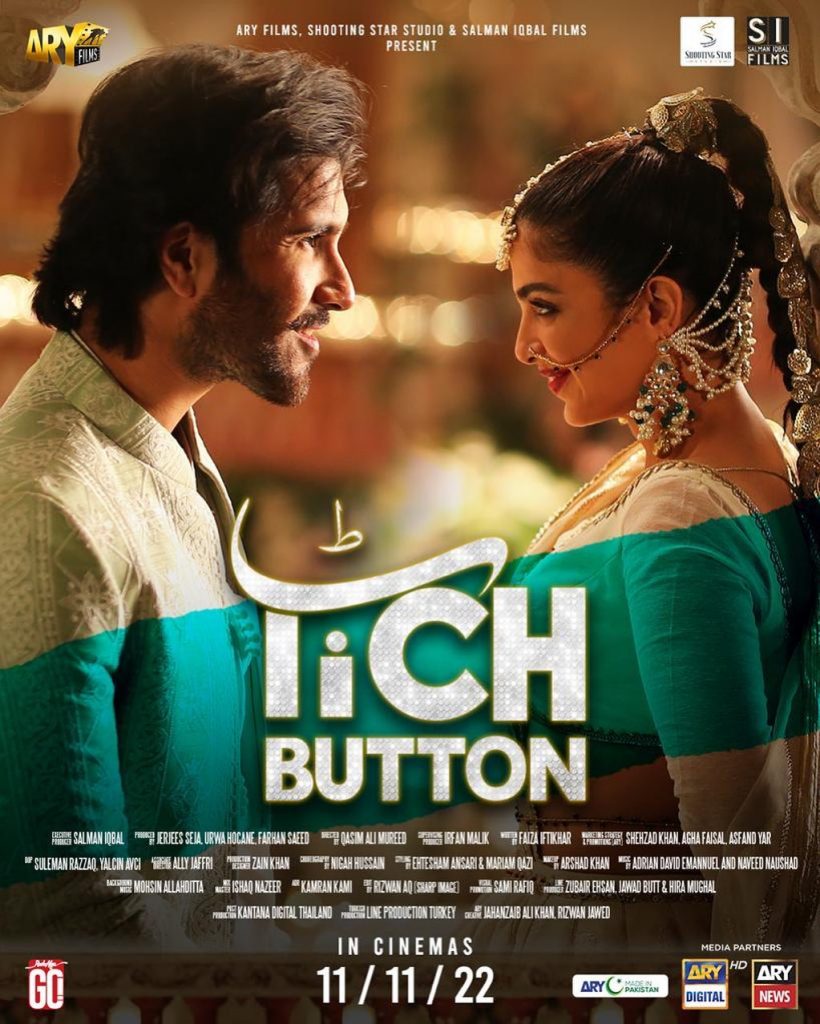 This is the legal notice: 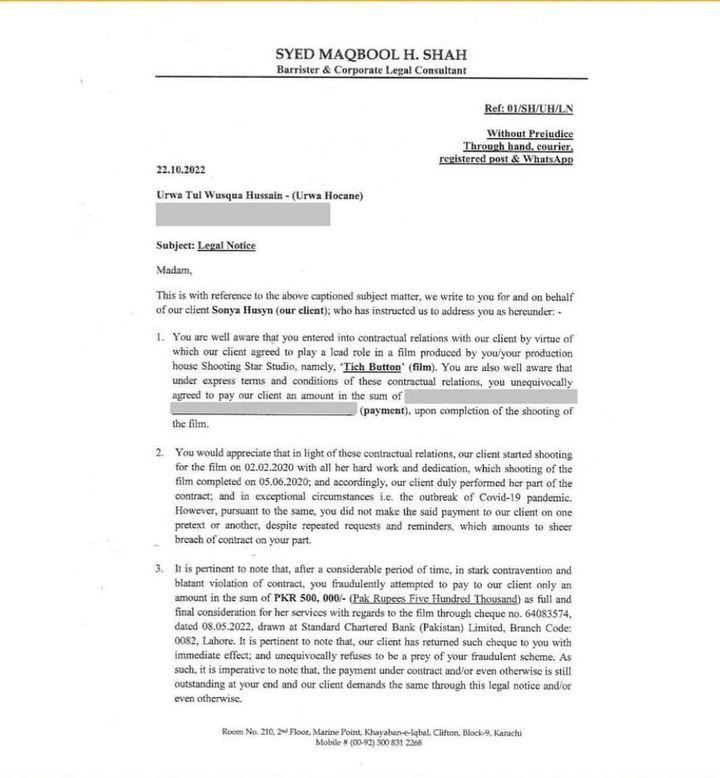 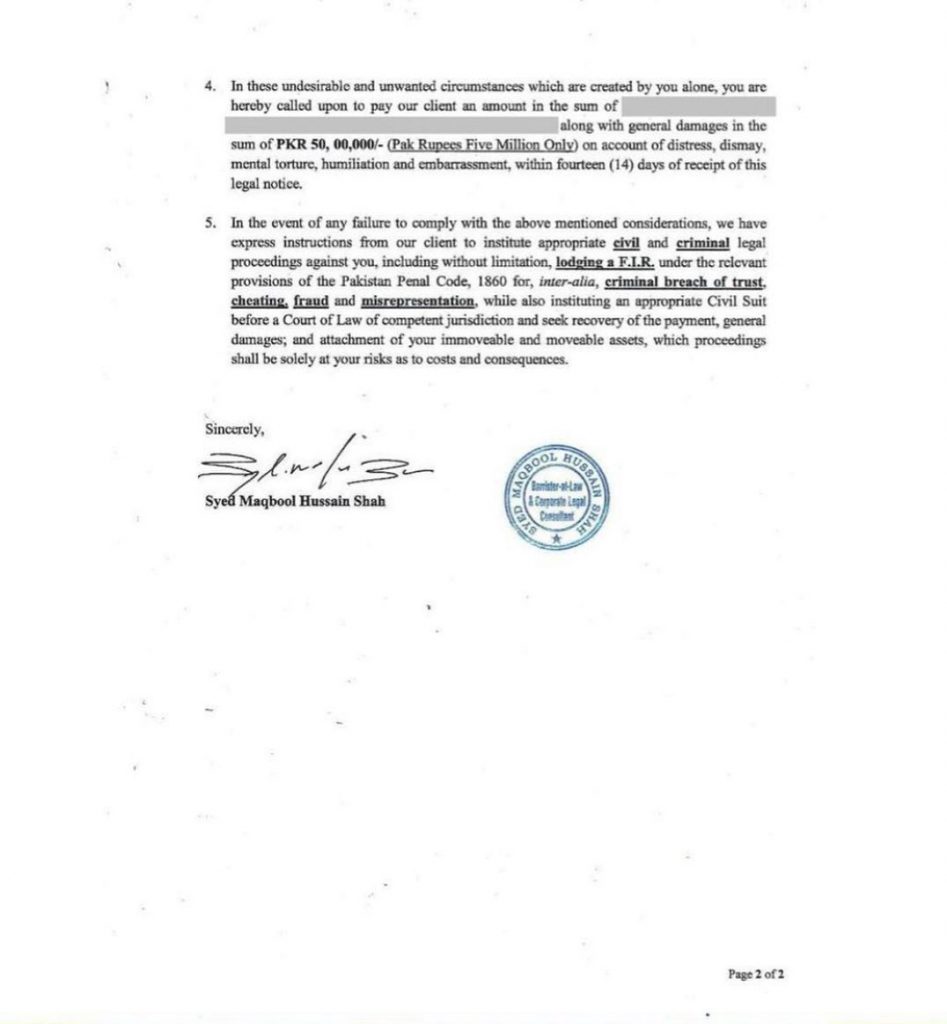 People have been sharing their opinions on the dispute as many think Sonya Hussyn should have been paid by now as she has worked and earned it while others thought that Soya should have waited as the film is just about to release on 11 November 2022: 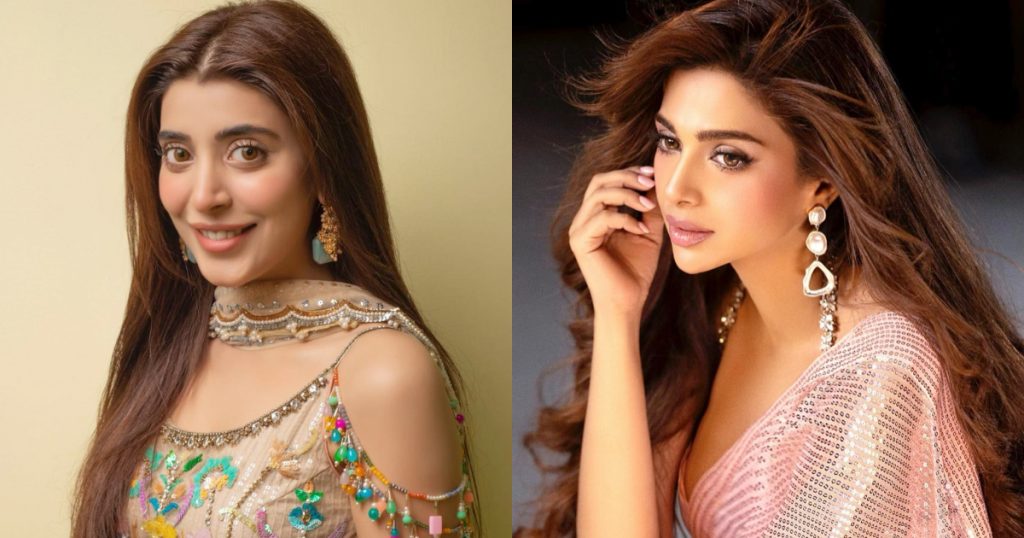 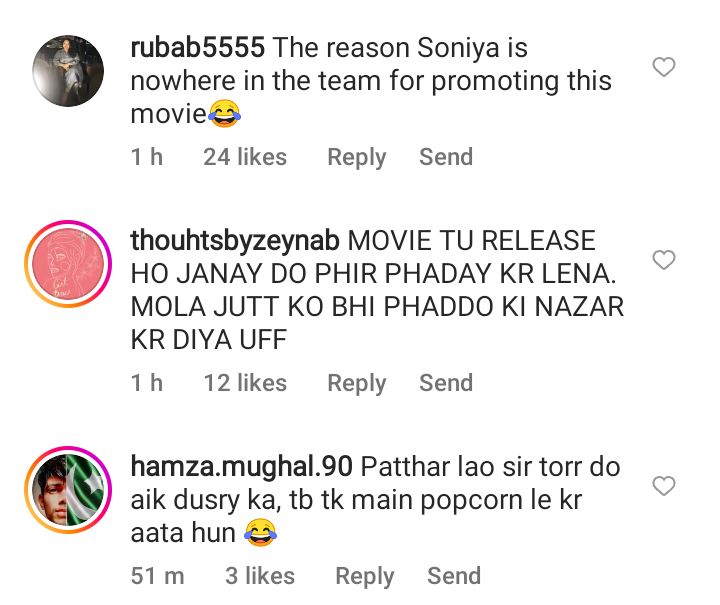 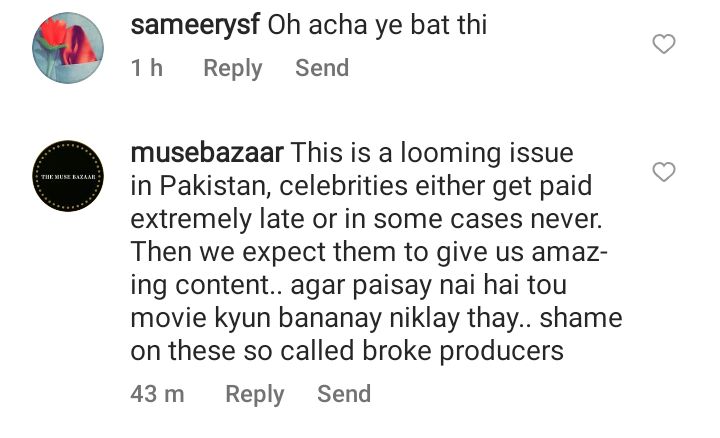 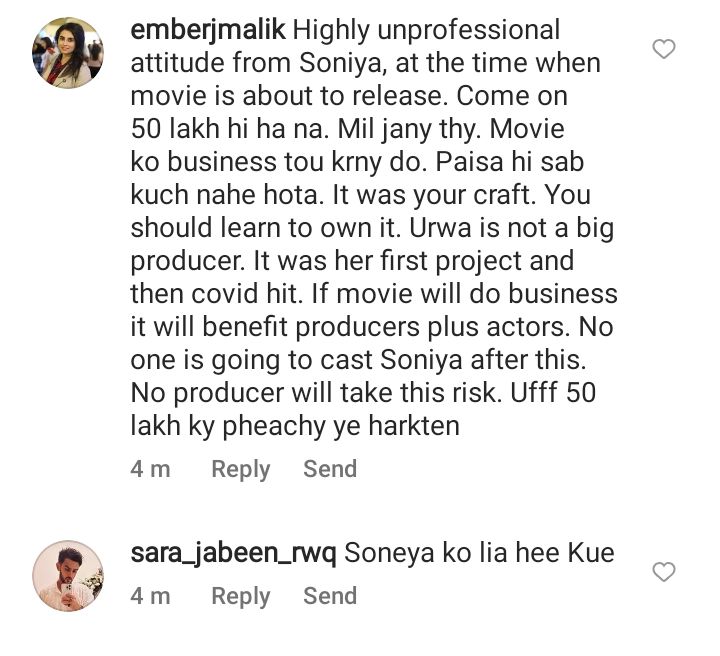 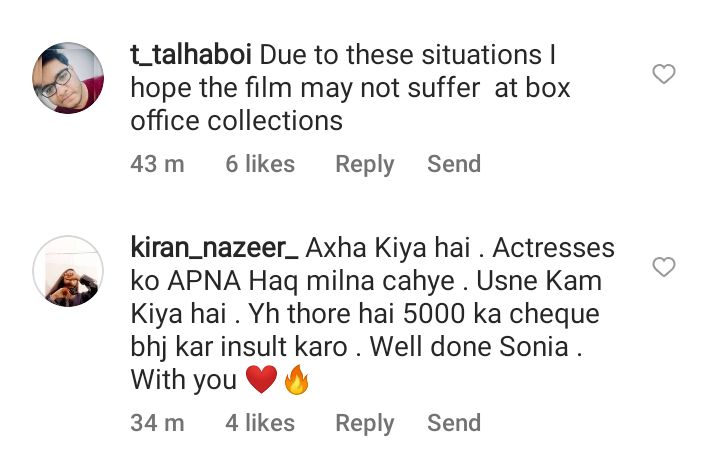 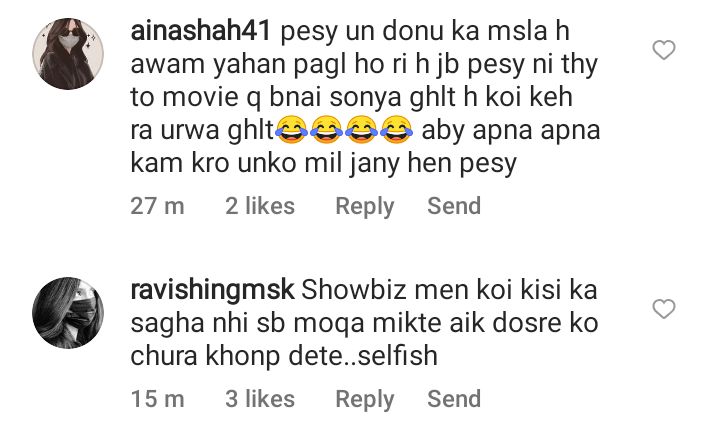