The advent of Bollywood industry by our many stars has lead to an aura of friendships and mutual compassion between the two industries. They are there to root for eachother and congratulate and support eachother for the successes that come their way.

Mawra Hoccane has recently launched the advertisement for Lux with fellow beauties Maya Ali and Mahira Khan. She looked absolutely gorgeous on the day of launch; 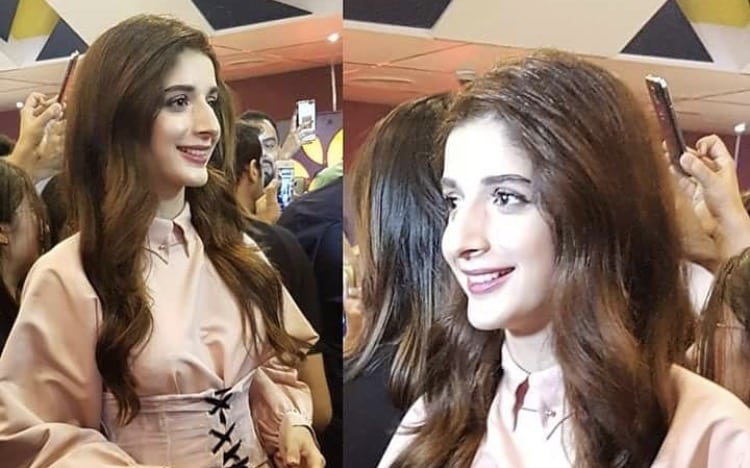 We are certainly not the only ones who noticed her for this. She has received a very encouraging tweet from across the border by Sooraj Pancholi, whom she is very good friends with to congratulate her ; 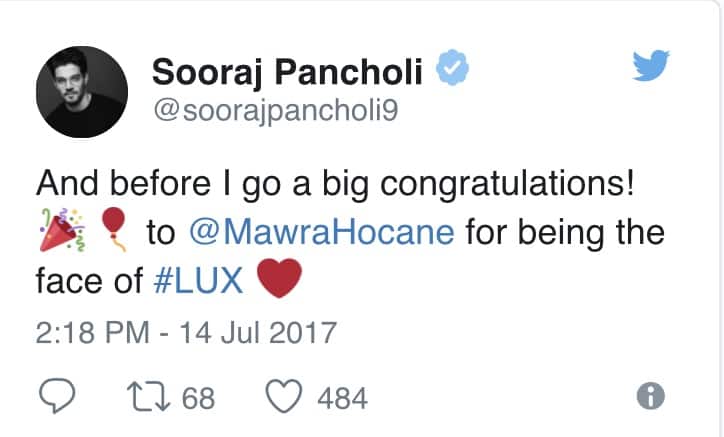 Mawra replied in the same tone by vowing that they will celebrate this together once they get to see eachother again ; 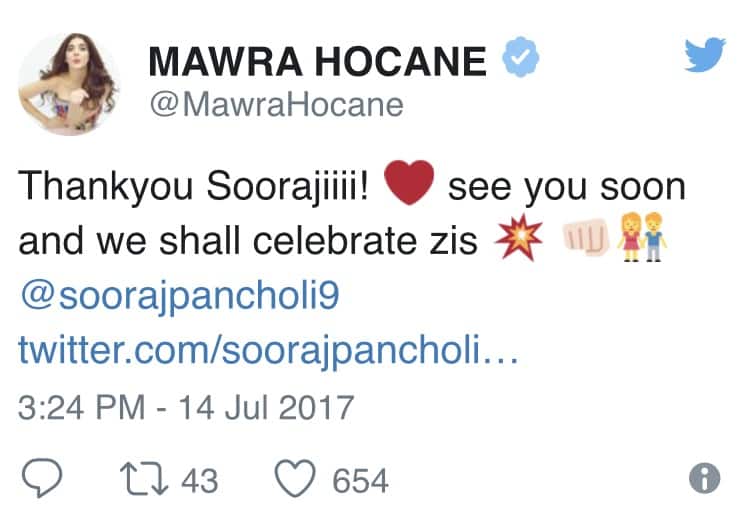 There had been some rumours and speculations about the relations between the two, but both of them had cleared that they are just good friends. It’s good to see artists keeping their friendships despite the borders between them.