Srha Asghar is gorgeous and talented Pakistani actress, her acting in Aakhir Kab Tak got critical acclaim. Srha is adored because of her cute smile and dimple as well. Srha is famously known for her shows Pyar Ke Sadqay, Aakhir Kab Tak and Bebaak. Her drama Bebak also gained a lot of public praise. Srha’s acting was loved in Ek Jhooti Love Story. 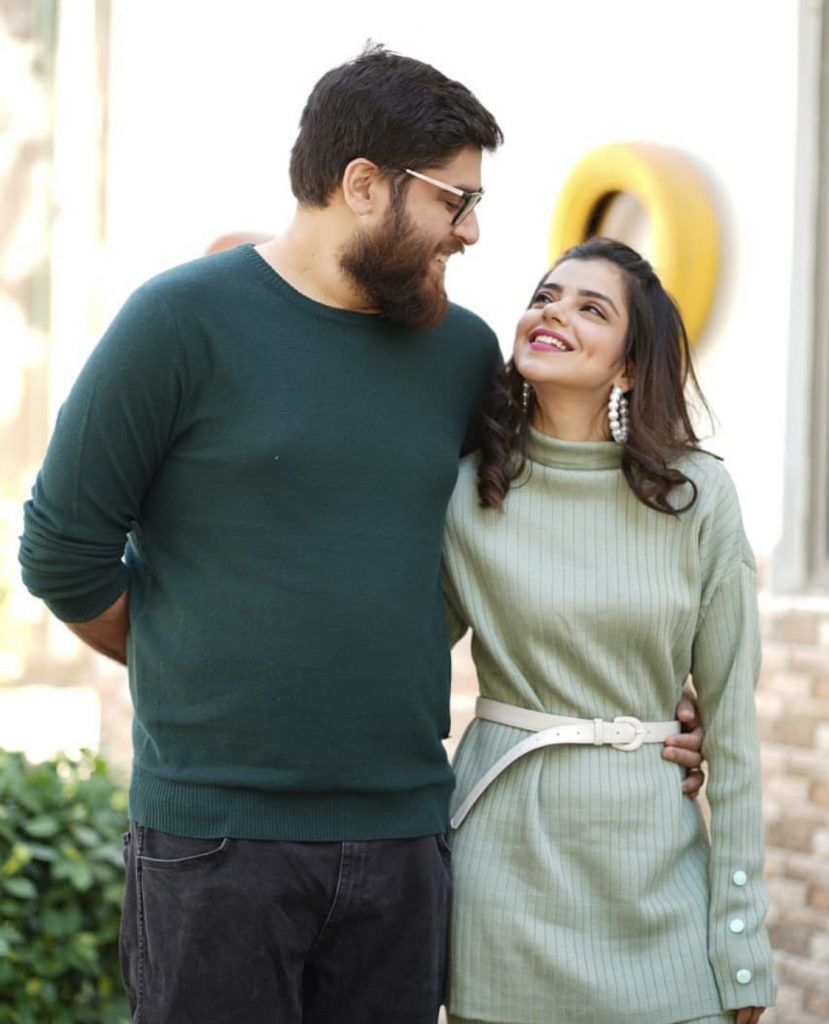 Last month, Srha announced her pregnancy in a unique way, she posted a video and conveyed to her fans about her pregnancy. Srha loves to post a lot of informative stuff about pregnancy. 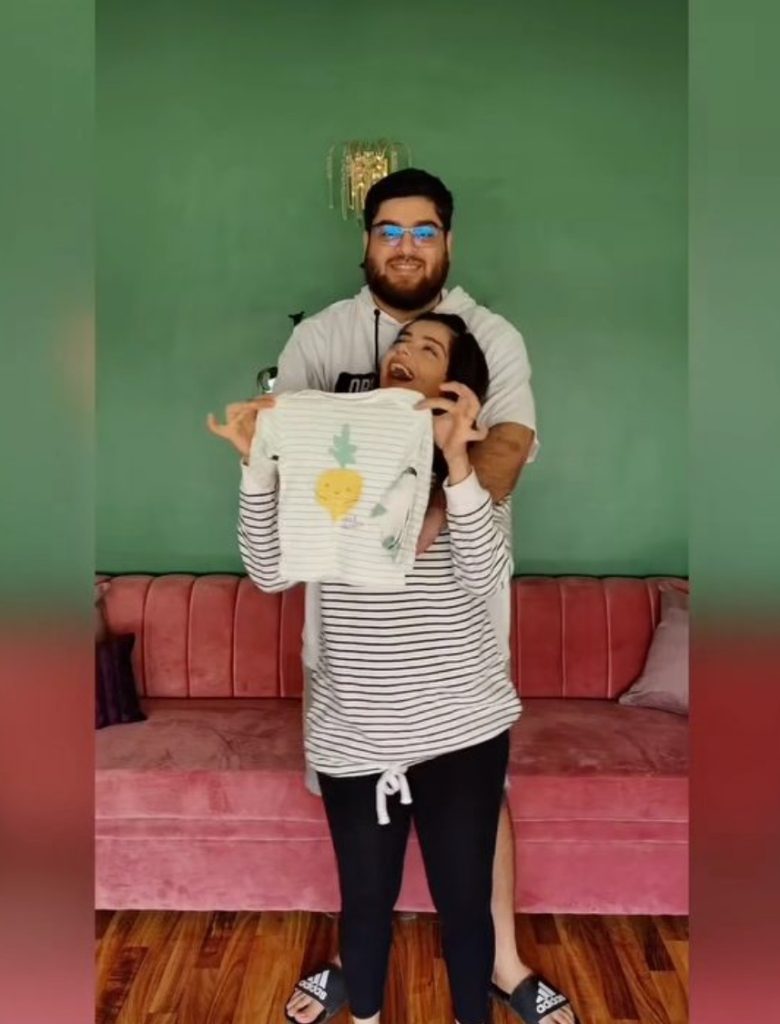 Lately, she posted a cutest video in which she revealed the gender of the baby. While doing lip sync on an adorable song, the couple sprinkled blue colour in Sky to reveal the gender of their baby. Well, fans soon guessed that they going to become parents of a baby boy in December. Well, here is the video!

Fans praised the unique and the cutest way of revealing the gender of baby boy, they also sent prayers for the baby and the family. Here are the comments. 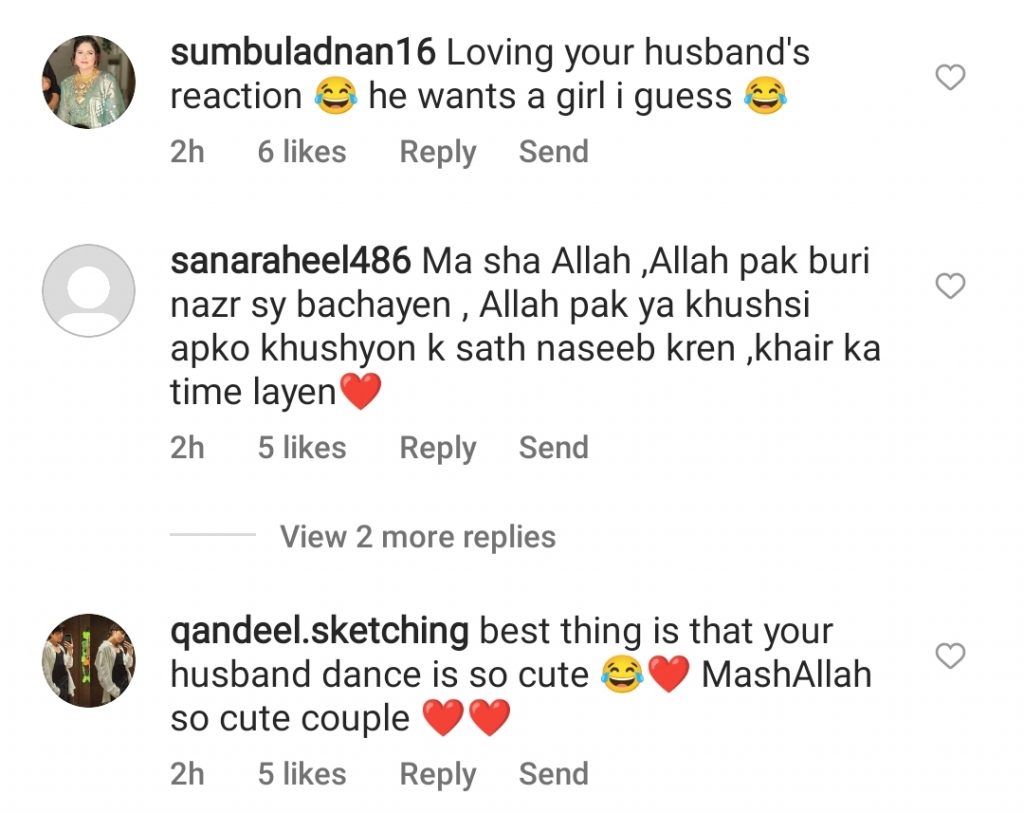 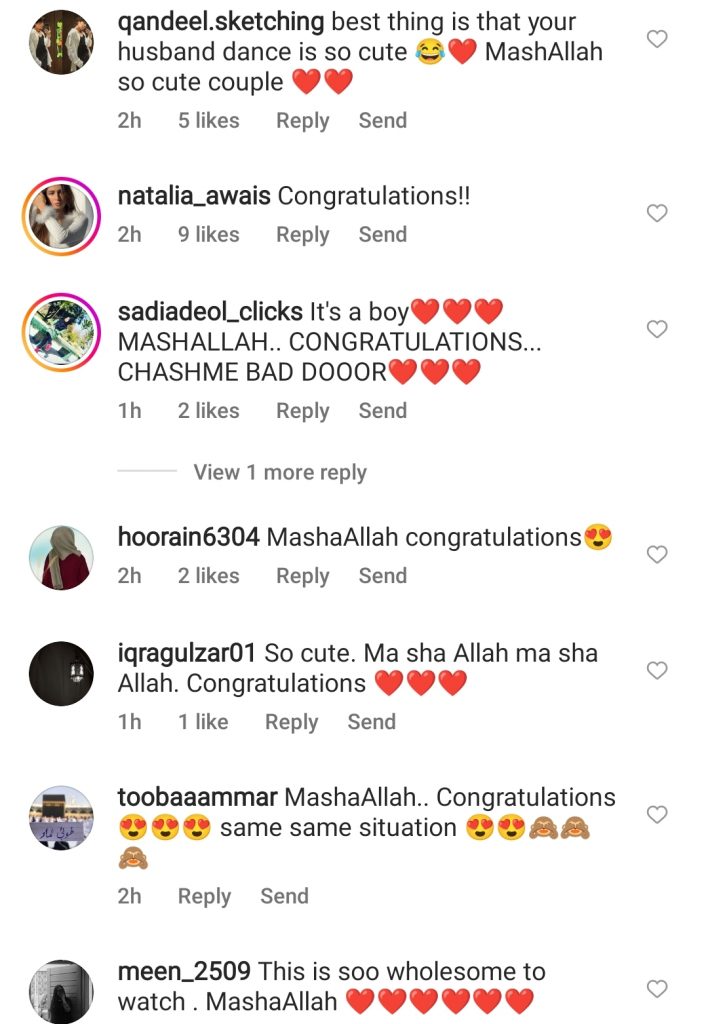 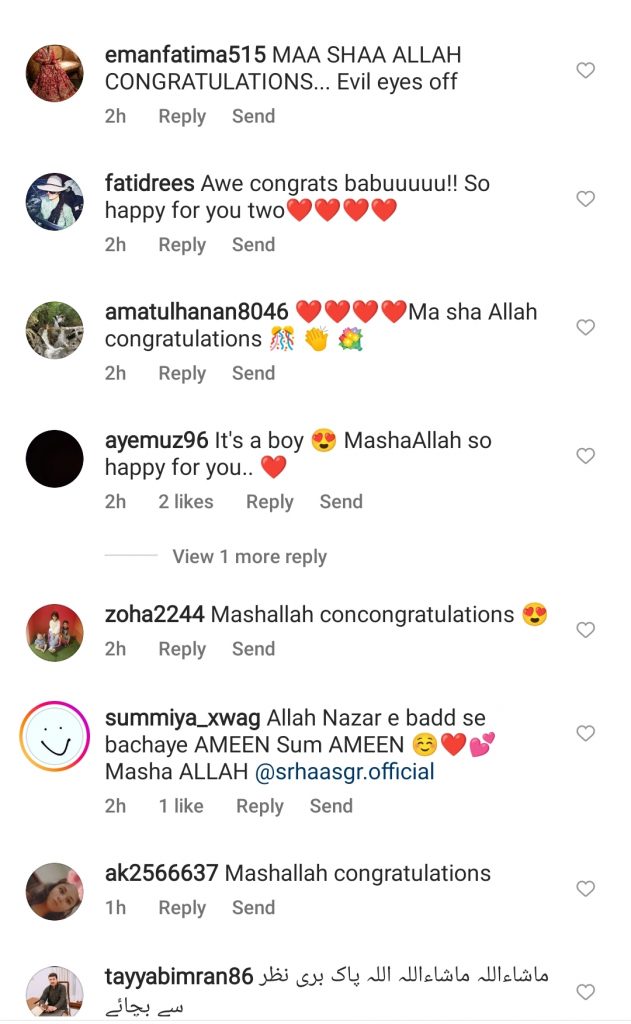 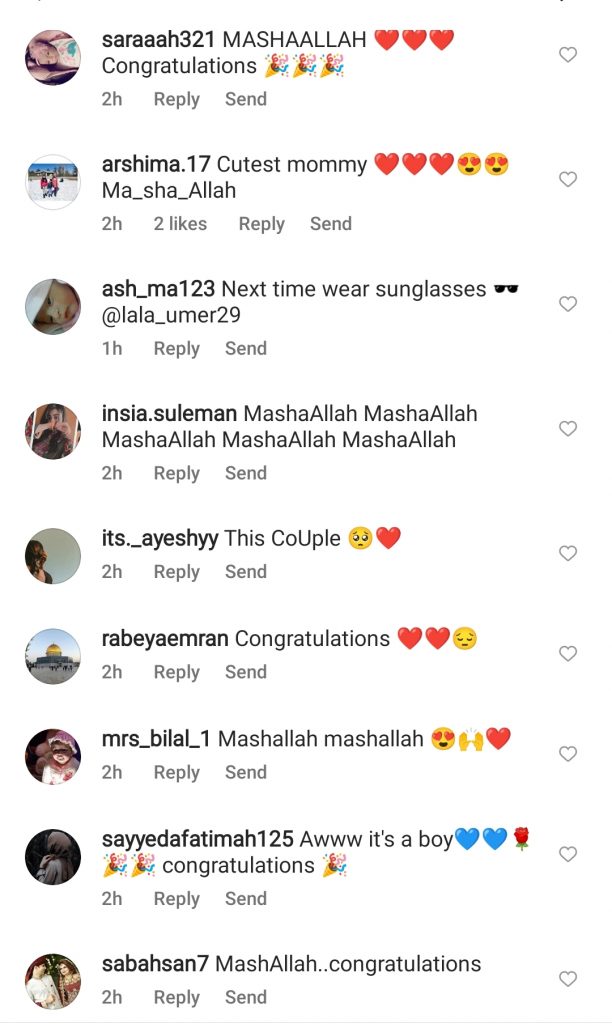 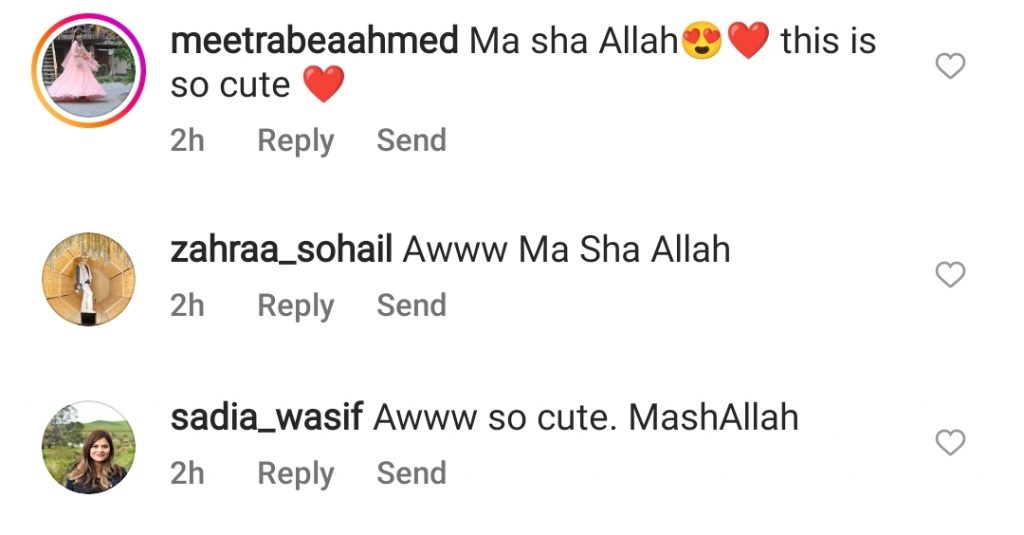 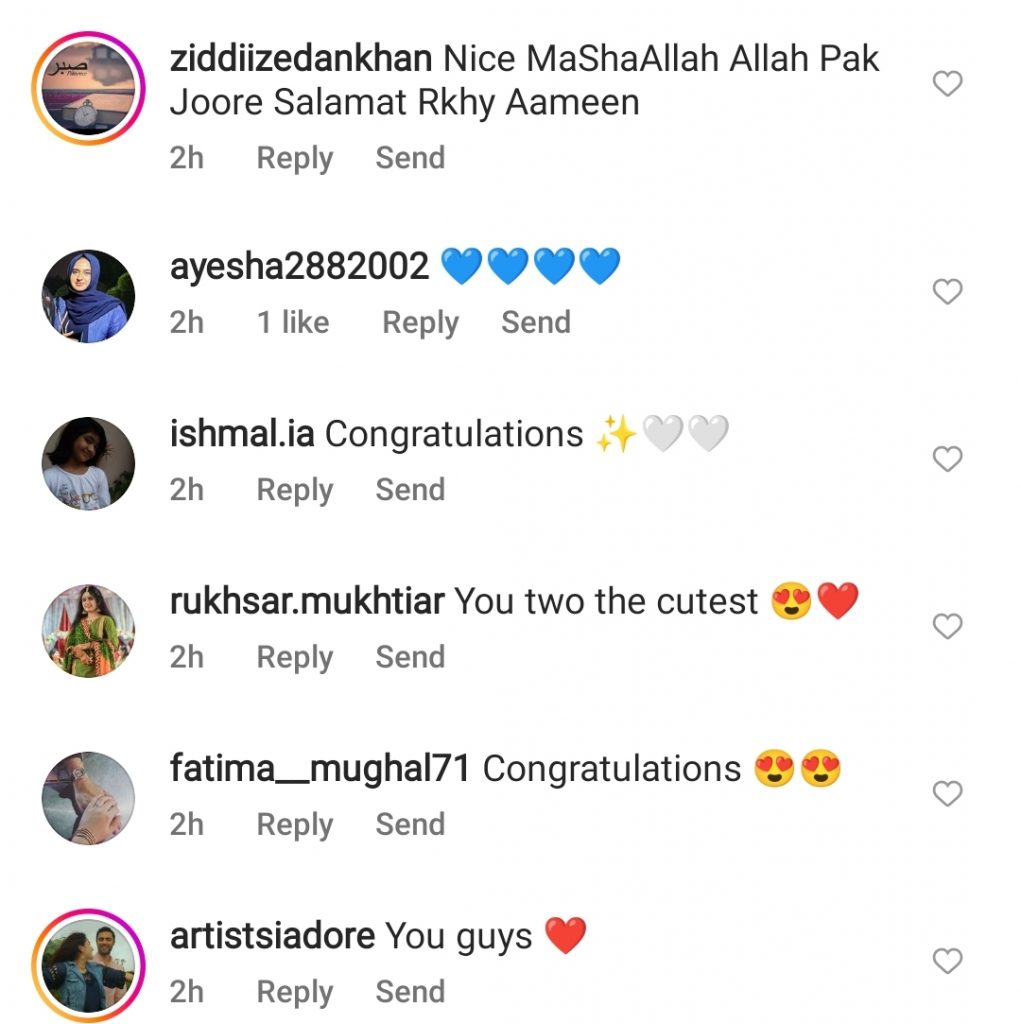 Did you like the gender reveal reel shared by the couple? Do let us know! 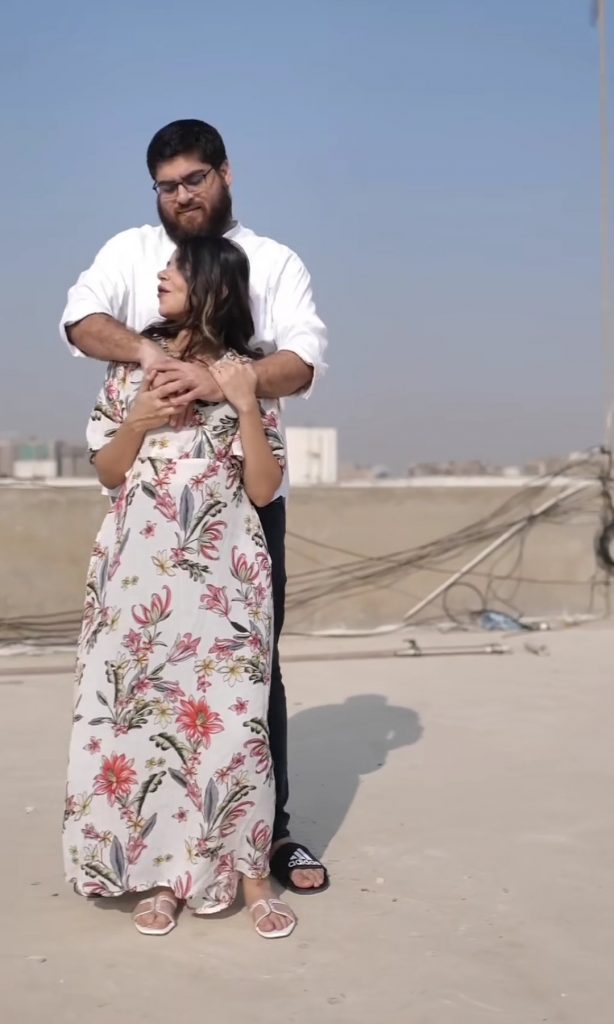 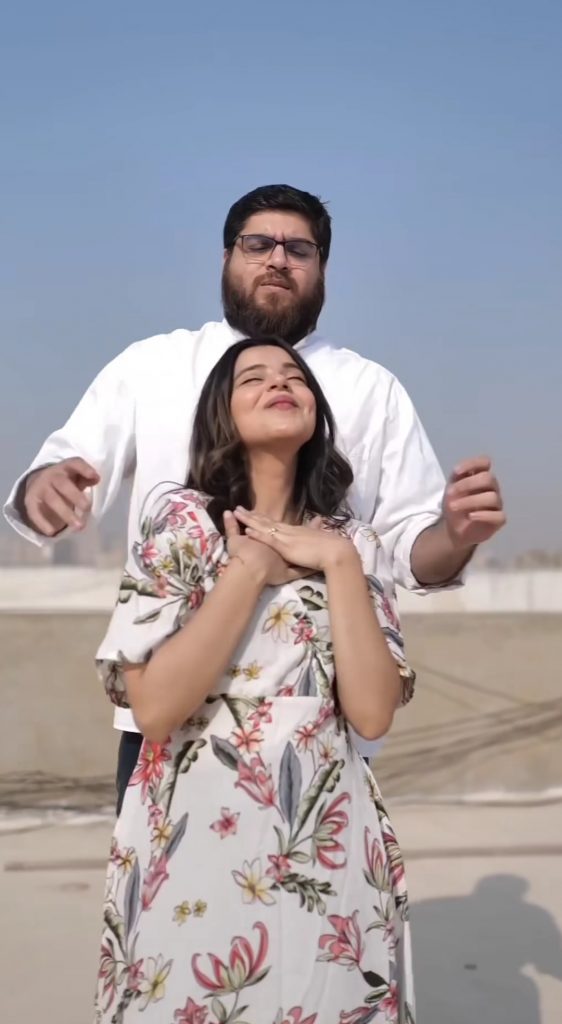 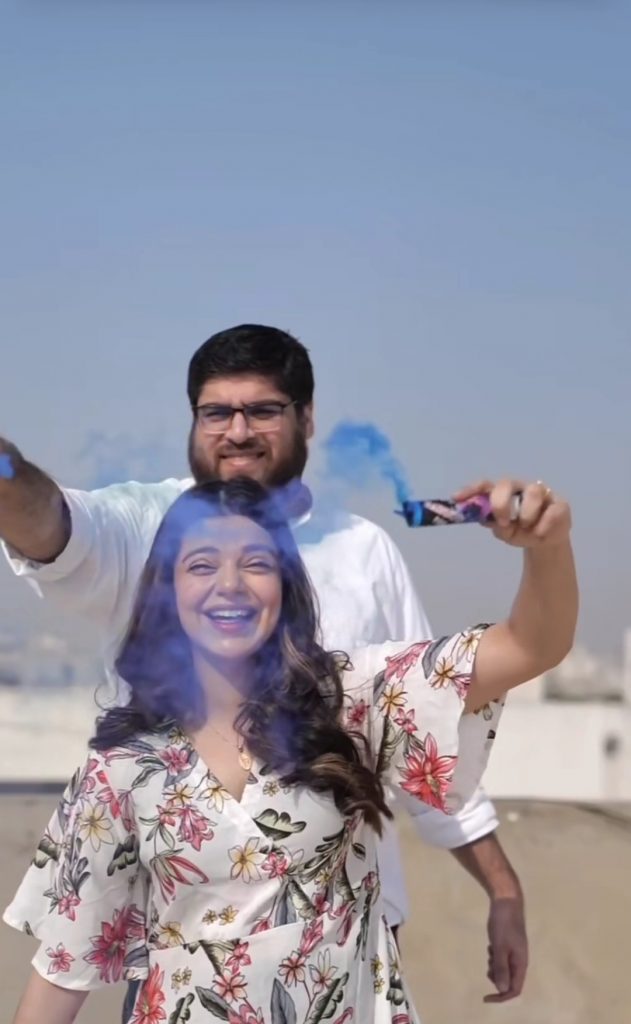 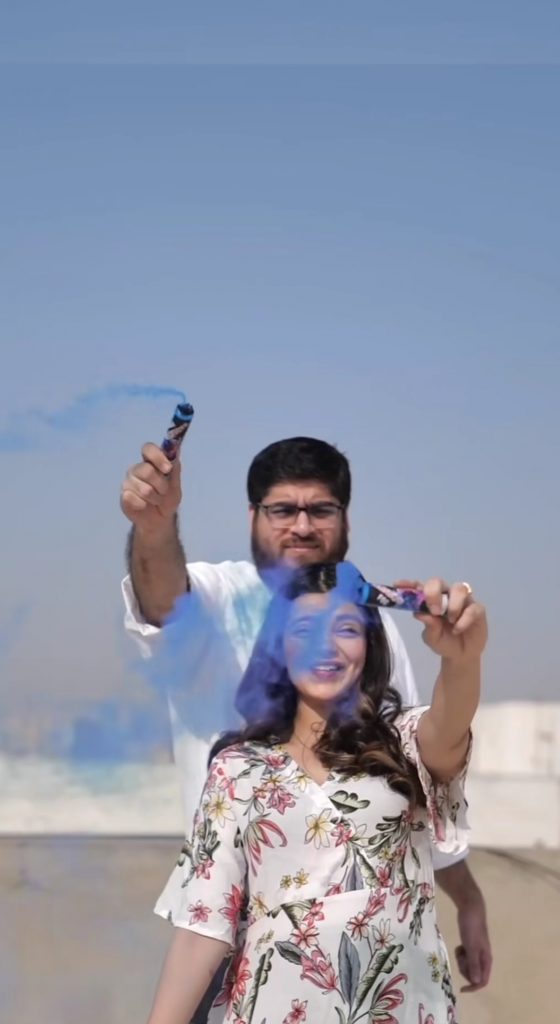 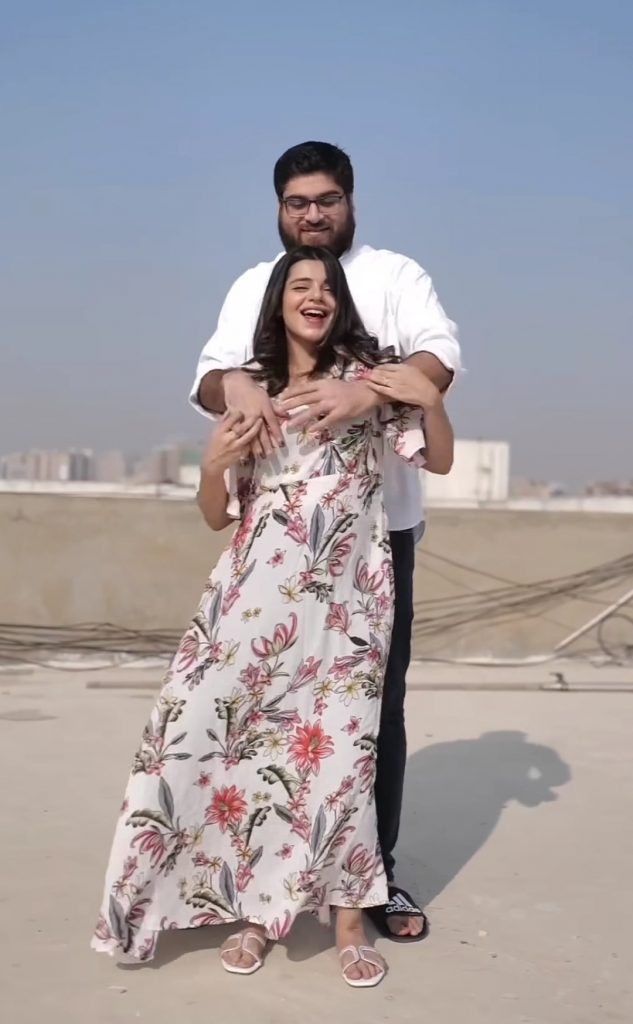